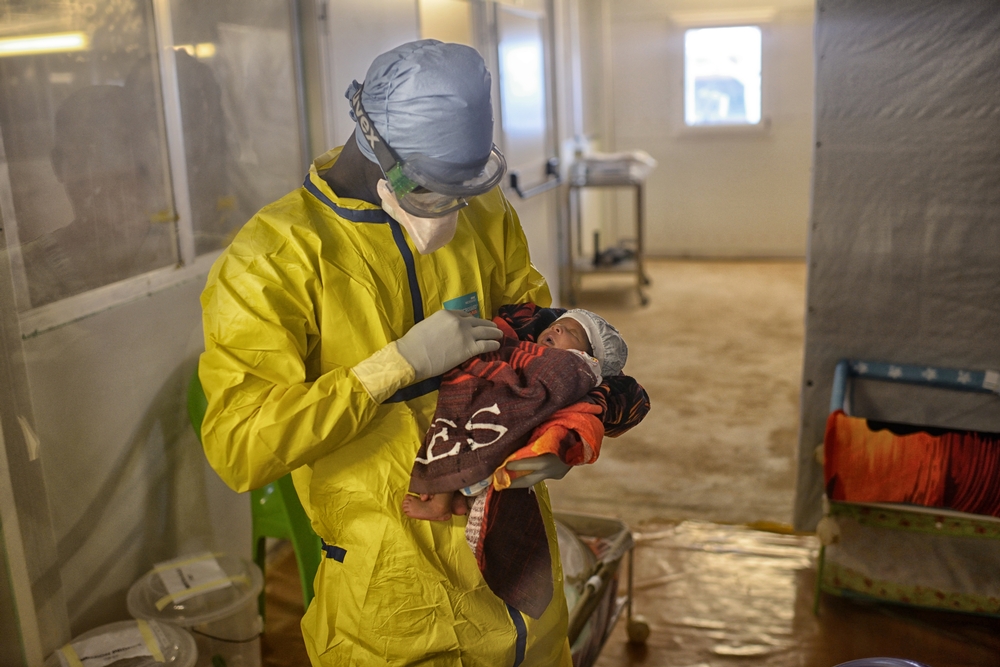 Guinea: The first baby to recover from Ebola

Meet Nubia, the first ever Ebola infected baby to recover from the deadly virus, two months after the death of her mother at the end of October 2015.

After being admitted to MSF’s Ebola management centre in Conakry, Guinea, Nubia delighted her family and staff by responding well to treatment.

"I felt such emotion when I saw her. Last time we visited her she looked so different. Now she looks so healthy.” Nubia’s uncle, Adama said.

“I'm going to go and tell the rest of the family right now. We didn't think she could survive. But she is in good hands. And she is a warrior."

The Ebola epidemic in 2014/15 was the worst ever outbreak of the viral haemorrhagic fever.

In 2014 MSF saw 3,100 patients admitted to its Ebola management centres in Guinea alone.

MSF is working in these countries right now, helping them to recover.