India is a country of vast size and inequality, with considerable disparity in the level of medical treatment available, depending on a person’s income and where they live.

India is the world's largest democracy with over 1.2 billion people. The country became independent from Britain in 1947. 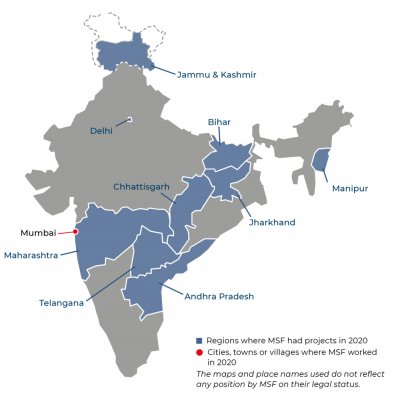 The resulting partition of India and Pakistan led into large-scale violence and has resulted in three wars.

India is a rising economic powerhouse and nuclear-armed state, but also has considerable social, economic and environmental problems.

The vast Indian subcontinent is incredibly diverse in terms of its people, language and cultural traditions.

Médecins Sans Frontières/Doctors Without Borders (MSF) first worked in India in 1999. Our work in the country has provided responses to natural disasters, conflict and war, endemic/epidemic disease, healthcare exclusion and natural disasters.

Médecins Sans Frontières (MSF) works to fill some of the gaps in services for the most marginalised communities, including mental health support in hospitals in four districts of Kashmir. We also treat victims of sexual and gender-based violence in our clinic in New Delhi, where we provide round-the-clock, confidential services for people of all ages. When COVID-19 restrictions were imposed, we switched to phone-based counselling services and digital health promotion activities to guarantee continuity of care.

In our HIV centres in Manipur, we implement a model of care that is tailored to patients’ needs. We also support the antiretroviral treatment centre and inpatient management of HIV in a district hospital, and distribute food coupons and dry rations to homeless intravenous drug users.

MSF has been working with the government to increase access to holistic care for HIV patients with life-threatening opportunistic infections. In 2020, in Bihar, one of India’s poorest states, we focused on antimicrobial resistance stewardship to guide the prescribing and use of antibiotics. Palliative care, nutrition, mental health support and advocacy are also important components of our model of care. 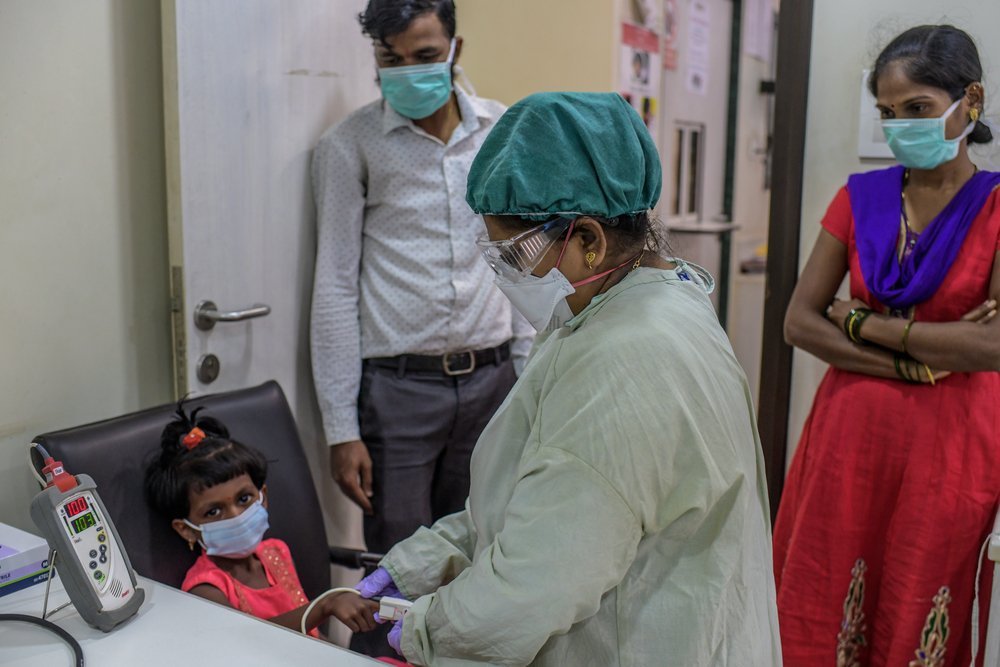 In Mumbai, we continued to offer care for patients with drug-resistant tuberculosis (TB), with paediatric care a priority in 2020. The first patients were enrolled in the EndTB clinical trial using the new generation of drugs, aimed at finding shorter, more tolerable, injection-free treatments for multidrug-resistant TB.

India has the world’s highest rate of childhood malnutrition, and in Jharkhand, one of the worst-affected states, MSF has contributed to shaping the treatment protocol. Although we discontinued our project providing community management of acute malnutrition in early 2020, we continued to follow up children with severe acute malnutrition discharged from the programme.

Healthcare remains a challenge for millions of people in India, due to a combination of poverty, social exclusion and an over-burdened public health system.

Since 1999, MSF has been working in close collaboration with the national TB and HIV programmes in Mumbai to reduce the incidence and mortality rates of the diseases. In M/East ward, which has one of the highest rates of TB in the city, we run an independent clinic that offers comprehensive care for HIV and DR-TB patients, including those with very complex drug-resistance patterns.

These patients require treatments that are difficult to obtain in either the public or the private sector. Our project was one of the first sites in the world to provide the newer drugs, bedaquiline and delamanid to both adult and paediatric patients with advanced DR-TB resistance. 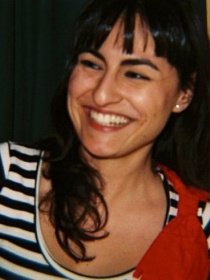 The stigma of being a single mother in India >

In addition to the cutting-edge work undertaken in our clinic, we work with the national TB programme to strengthen DR-TB management in M/East ward through the outpatient department of a public hospital. We also support a TB hospital in Sewri in south Mumbai – the biggest in Asia – by providing DR-TB treatment for complicated cases and psychosocial assistance. In 2019, we extended our TB activities to eight health posts in the community. 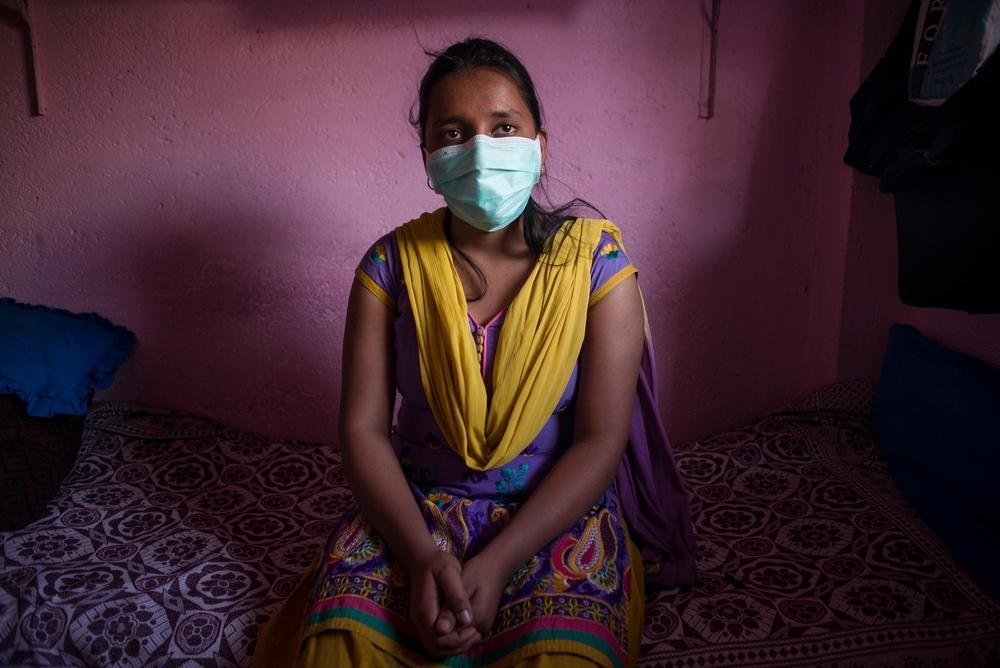 Specialised care for TB, HIV and hepatitis C in Manipur

Manipur has a high prevalence of HIV, hepatitis C and both drug-sensitive and drug-resistant forms of TB. Due to limited healthcare services in the state, it also has a high incidence of co-infection, making patients more vulnerable and treatment more difficult.

Through our clinics in Churachandpur, Chakpikarong and Moreh, and a new one built and inaugurated in 2019 in Chakpikarong, near the Myanmar border, our teams offer screening, diagnosis and treatment, as well as counselling and health education for all three diseases. 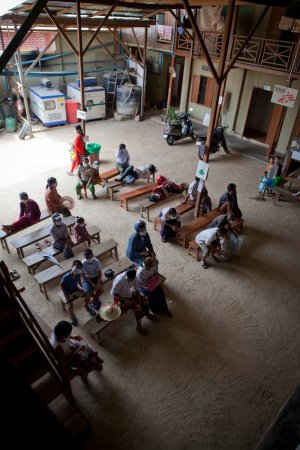 Jan-Joseph Stok
Patients in the waiting area at MSF’s clinic in Moreh, Manipur. All patients have to wear a mask when entering the hospital. India, April 2019

Pradesh Western Uttar Pradesh has a very high prevalence of hepatitis C, a potentially fatal disease that can lead to liver failure and liver cancer if left untreated. We have been running a pilot hepatitis C project in Meerut since January 2017, in collaboration with the National Health Mission. The aim is to demonstrate the effectiveness of decentralised and simplified hepatitis C treatment and care, and to share best practices for replicating the model in other high-prevalence areas. We provide testing, treatment, health education and counselling at a district hospital.

Pradesh Western Uttar Pradesh has a very high prevalence of hepatitis C, a potentially fatal disease that can lead to liver failure and liver cancer if left untreated. We have been running a pilot hepatitis C project in Meerut since January 2017, in collaboration with the National Health Mission. The aim is to demonstrate the effectiveness of decentralised and simplified hepatitis C treatment and care, and to share best practices for replicating the model in other high-prevalence areas. We provide testing, treatment, health education and counselling at a district hospital. 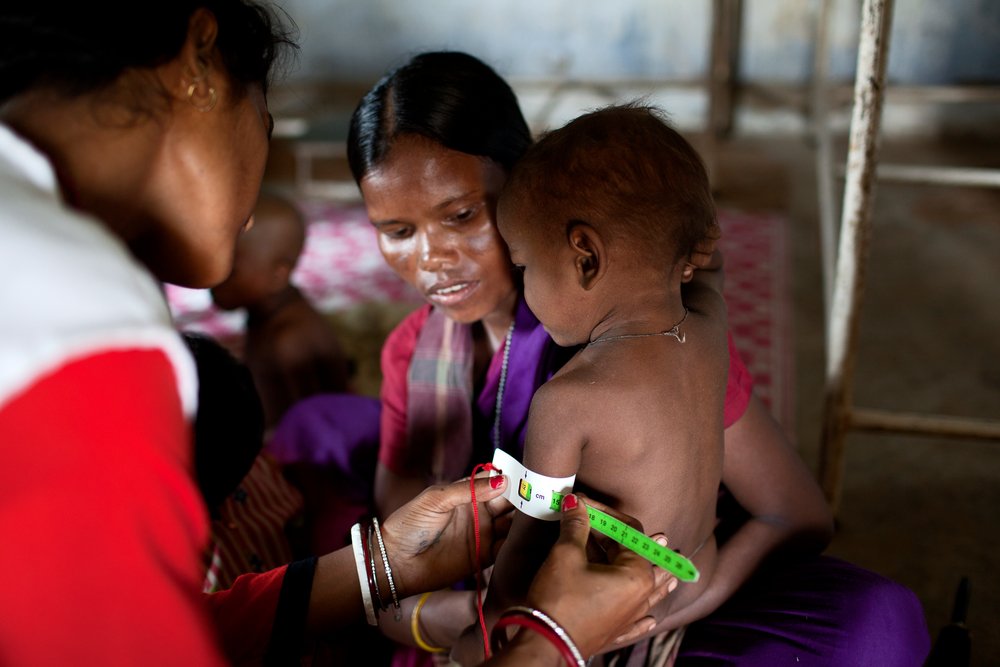 NIKHIL ROSHAN
Baby being checked for symptoms of malnourishment at the local health centre in remote, hilly and forested Bharania.

Kala azar (visceral leishmaniasis) is a neglected tropical disease that is prevalent in Bihar, and co-infection with HIV is a growing public health concern. More than 80 per cent of co-infected patients present with late-stage HIV, often suffering from TB in addition. Together with the Indian Council of Medical Research and the National Vector Borne Disease Control Programme, we have been developing and implementing more tailored, safe and effective treatments for co-infected patients, and looking for better detection methods to improve their prospects.

Additionally, together with state authorities, we have agreed to set up an integrated centre that will offer holistic care and treatment to patients with advanced HIV, including diagnosis and management of opportunistic infections. The centre, which is due to open in February 2019, will provide a wide range of services, including psychological, nutritional, medical and, where necessary, palliative care.

Mental healthcare in Jammu and Kashmir

Years of conflict have taken a psychological toll on the residents of Jammu and Kashmir, the effects of which are compounded by the stigma associated with mental health issues. We have been offering counselling services there since 2001, and in 2018 had teams working in hospitals in four districts – Srinagar, Baramulla, Pulwama and Bandipora. In Bandipora, we are helping the government to implement a mental health programme with a strong community awareness-raising component. 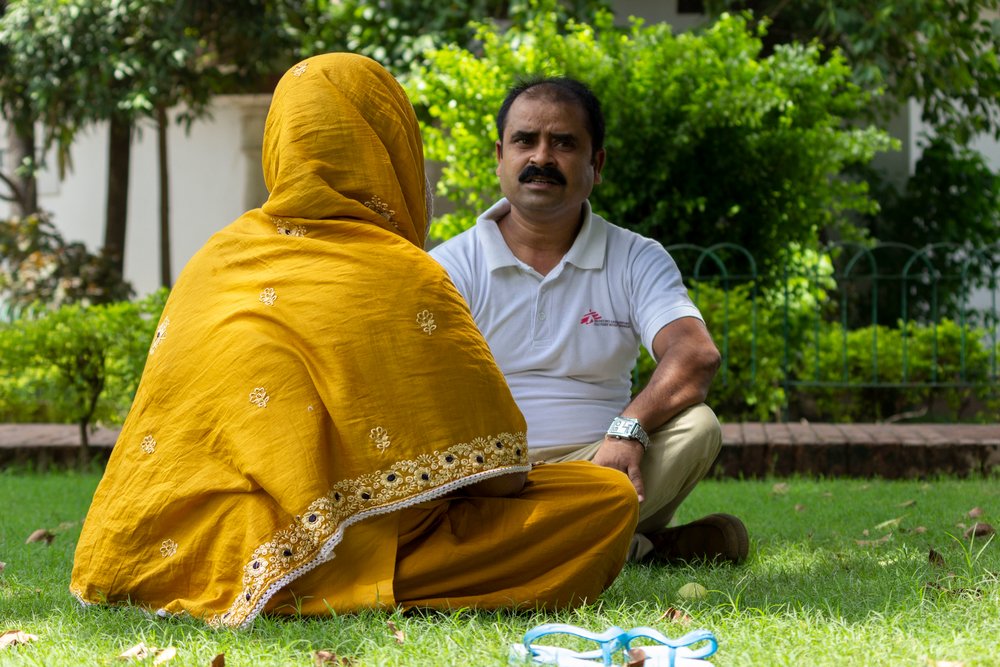 Sexual and gender-based violence in Delhi

In 2015, we opened a 24-hour clinic in North Delhi’s Jahangirpuri district for victims of sexual and domestic violence. Services include post-exposure prophylaxis to prevent HIV/AIDS, the prevention and management of unwanted pregnancies and sexually transmitted diseases, and psychosocial support. We also run counselling services at the local district hospital.

Throughout 2018, we continued to work with community-based organisations, police, government protection agencies and the health ministry to raise awareness of the clinic’s services and develop an efficient referral system.

A low-intensity but longstanding conflict has left large sections of the population of Andhra Pradesh, Chhattisgarh and Telangana states without access to healthcare. Medical facilities are few and far between, meaning that even preventable, treatable conditions can become life-threatening. We run mobile clinics to take primary healthcare to remote communities in these states. As well as treatment for malaria, respiratory infections, pneumonia and skin diseases, we conduct health education sessions on topics such as hygiene, care of newborns, family planning and prevention of sexually transmitted diseases.

We have been working with the health authorities in Jharkhand to identify and treat children with severe acute malnutrition since 2017. In 2018, we continued to focus on preventive and therapeutic measures, including screening and community engagement.

Together with the Rajendra Institute of Medical Sciences, we launched a study in November to investigate how childhood malnutrition evolves into severe forms, and how it can be addressed most effectively. The results will be shared with policy makers in India, to ensure that in a country with the highest worldwide burden of severe acute malnutrition, children receive the best possible treatment.