Since 2012, Médecins Sans Frontières (MSF) has been providing medical services to vulnerable groups in Iran, including drug users, Afghan refugees and homeless people, who are often excluded from healthcare.

MSF's response to coronavirus in Iran

MSF has submitted a proposal to the Iranian authorities to help care for patients with COVID-19.

Iran became an Islamic republic in 1979, when the monarchy was overthrown and clerics assumed political control. 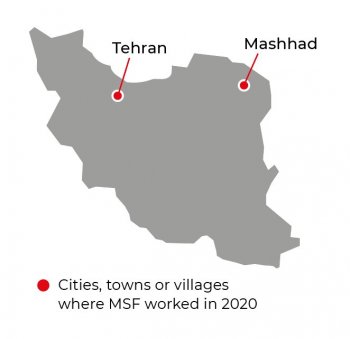 The Iranian revolution put an end to the rule of the Shah, who had alienated powerful religious, political and popular forces with a programme of modernisation and westernisation coupled with heavy repression of dissent.

Persia, as Iran was known before 1935, was one of the greatest empires of the ancient world, and the country has long maintained a distinct cultural identity within the Islamic world by retaining its own language and adhering to the Shia interpretation of Islam.

Médecins Sans Frontières/Doctors Without Borders (MSF) first worked in Iran in 1990. Our work in the country has provided a response to healthcare exclusion.

Iran officially hosts 950,000 Afghan and 28,000 Iraqi refugees. In addition to the refugees, there are around 2.5 million Afghans residing in Iran, inclusive of passport holders and undocumented Afghans. For them and other marginalised groups, such as homeless people, the Ghorbati ethnic community, and drug users (whose official number is estimated at 2.8 million – 3.5 per cent of the population), obtaining medical assistance is a struggle, despite the government’s pledge to implement universal health coverage.

In 2020, MSF continued to offer comprehensive care to these vulnerable groups at high risk of infectious diseases in South Tehran, via a health facility and a mobile clinic. Services include medical consultations, testing for communicable diseases (HIV, tuberculosis, hepatitis B), treatment for sexually transmitted infections such as syphilis, specialist referrals, ante- and postnatal care, and family planning. We also offer testing and treatment for hepatitis C, the most common infection among drug users in Iran, and mental health support.

In Mashhad, Iran’s second largest city, our mobile clinics deliver similar services for refugees, host communities and residents of a women’s shelter. We also work in a fixed clinic in Golshahr district, where 80 per cent of Afghans in Mashhad live. In 2020, we extended these activities to 11 camps for drug users in remission.

Iran was heavily affected by the COVID-19 pandemic in 2020. During the initial peak, we started preparations to set up a 50-bed field treatment unit in Isfahan to support a local hospital. Shortly after the arrival of the equipment and the team, approval for the set up of the unit was revoked. As it was not possible to set it up elsewhere in the country, the equipment was exported to our project in Herat, Afghanistan.

They, and other excluded and marginalised groups, such as drug users (around three per cent of the population), homeless people and the Ghorbati ethnic community, struggle to obtain medical assistance.

In 2019, our teams continued providing comprehensive care to vulnerable groups at high risk of infectious diseases in South Tehran via a health facility and a mobile clinic. Services here include medical consultations, testing for communicable diseases (HIV, tuberculosis, hepatitis B and C), treatment for hepatitis C and sexually transmitted infections, specialist referrals, as well as ante- and postnatal care, midwifery and family planning. A team of peer workers, social workers and psychiatrists offer mental health support. 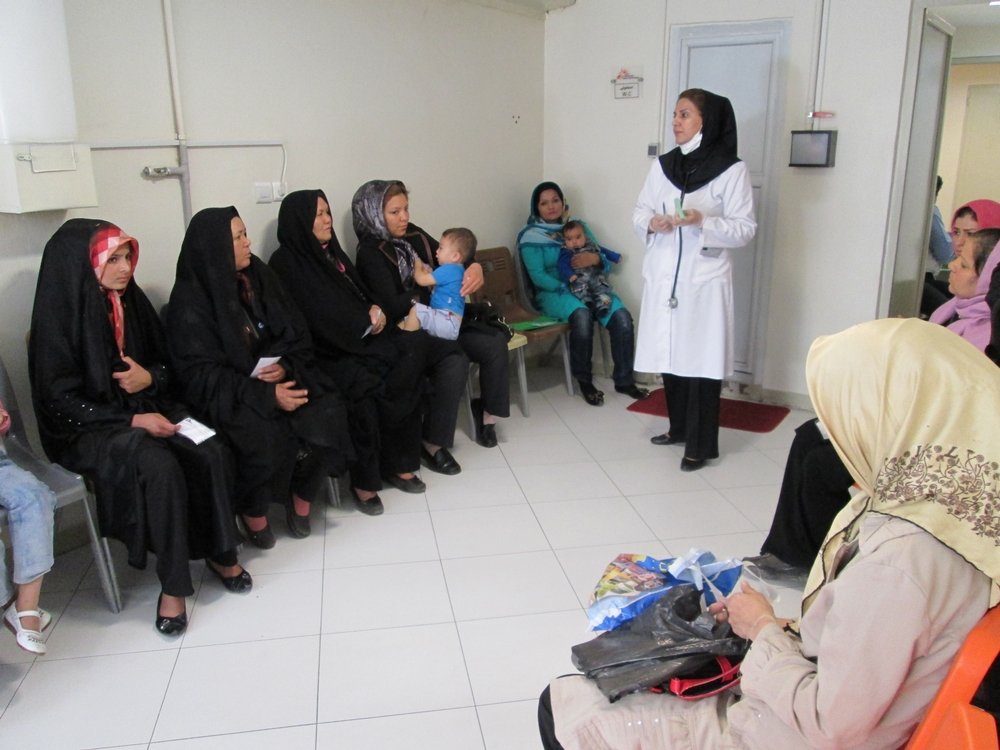 Samantha Maurin/MSF
Health facility in Tehran run by MSF dedicated to women and children under five years old.
We deliver similar services for refugees and host communities in our project in Mashhad, near the Afghan border, via mobile clinics in Esmail Abad and Golsharh. We also run a fixed clinic in Golsharh, where most of the 320,000 Afghans officially living in Mashhad have settled. 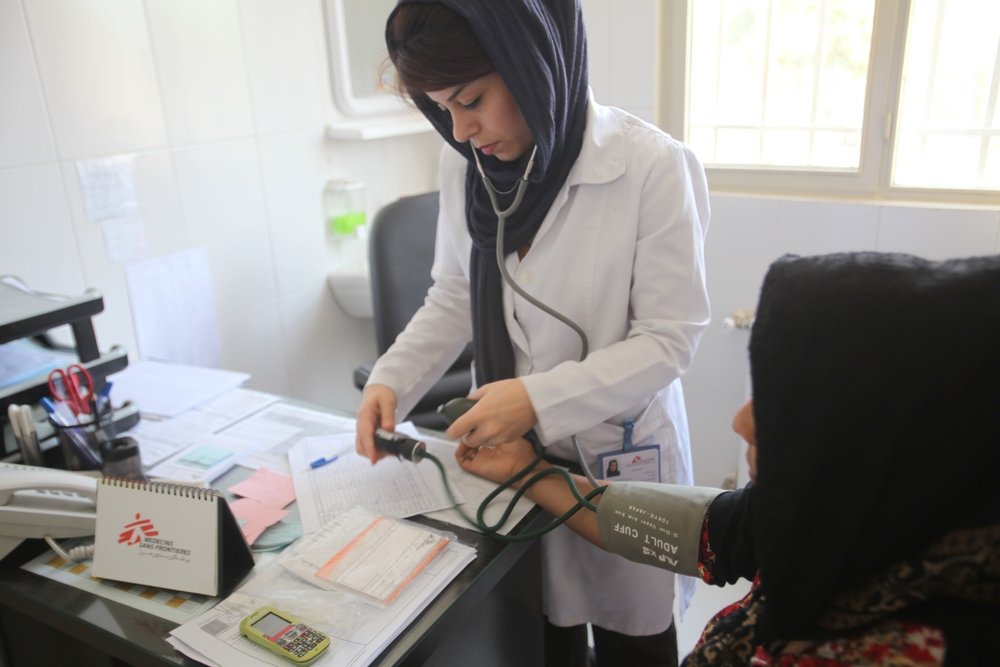 Following flash floods affecting several provinces, MSF launched an emergency operation in Lorestan at the end of April. For three months, we ran mobile clinics, where we provided 7,260 consultations in remote villages, and distributed hygiene kits.

To mitigate the effects of heat in the summer, we set up evaporative water coolers and installed metal roofs in some of our health posts. We also donated medical material, hygiene kits and cooking sets in Golestan.