In 2020, Médecins Sans Frontières (MSF) provided support to the COVID-19 response in Kyrgyzstan while continuing to run healthcare programmes in Batken province.

Kyrgyzstan is a landlocked country located in Central Asia, on the ancient Silk Road route between China and Europe. 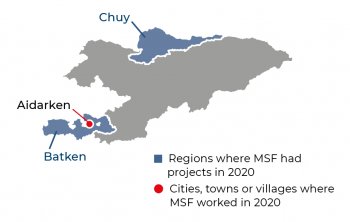 The country became independent in 1991 following the breakup of the Soviet Union.

Ethnic Kyrgyz make up the majority of the country's 5.6 million population, most being Turkic-speaking Muslims.

MSF first worked in Kyrgyzstan in 2005, provided healthcare for people who would otherwise go without.

In the largely rural and remote region of Aidarken, MSF supports district health authorities to screen, diagnose and prevent a range of chronic diseases including diabetes, hypertension and anaemia. The high prevalence of non-communicable diseases in this region is potentially linked to soil and water pollution; however, plans to carry out further environmental assessments were delayed because of COVID-19. 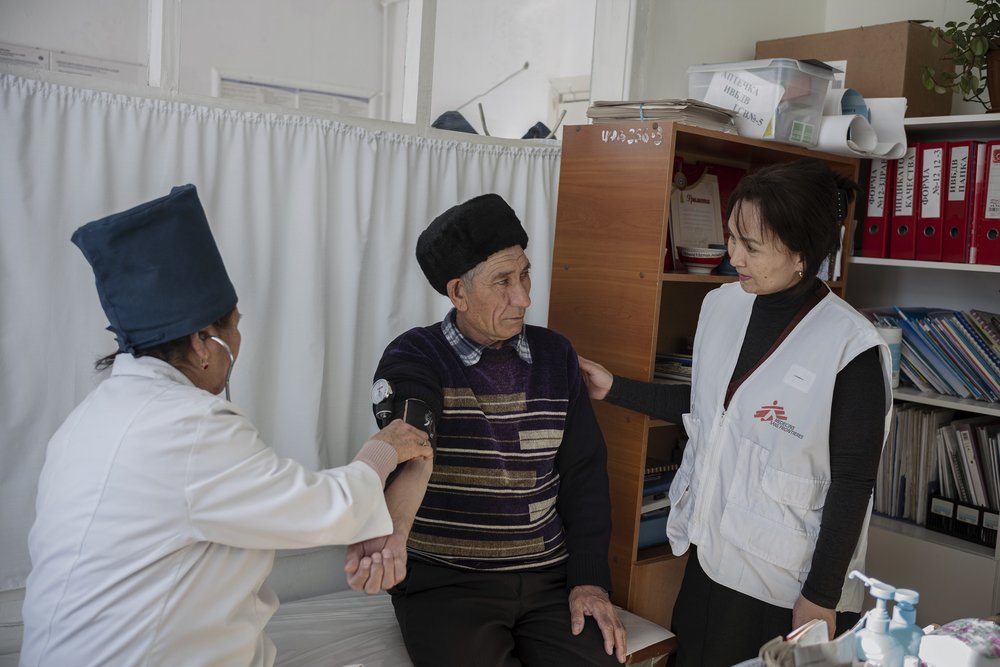 Our teams in Aidarken also run health services for women and children, with an emphasis on sexual and reproductive health, including ante- and postnatal care. In 2020, we started cervical cancer screening, but a more ambitious scale-up was halted as COVID-19 forced us to reduce outpatient consultations to prevent its spread.

As early as March, we started to reinforce COVID-19 preparedness measures in four of the main hospitals in Kadamjay, Batken province. We adapted infrastructure to improve patient flow, offered advice and training on infection prevention and control, and provided disinfectants and personal protective equipment for health staff. In addition, we worked with mobile government brigades to gather samples for testing and supported epidemiological surveillance by assisting with data collection.

When COVID-19 peaked in the country in July, we opened a COVID-19 home-based care programme for moderate and mild patients in Alamedin and Sokuluk, in Chuy province, to prevent hospitals from being overwhelmed. This programme was also extended to Kadamjay. The home-based management of COVID-19 was a first in the country and was introduced in collaboration with the Ministry of Health.

In October, following political unrest, we supported the Kyrgyz Red Crescent by donating first-aid kits, to provide care during demonstrations.

In 2019, Médecins Sans Frontières (MSF) concluded tuberculosis (TB) activities in Kyrgyzstan. The seven-year project had successfully supported the Ministry of Health to improve quality and accessibility of care.

Since 2012, MSF has been working to introduce a decentralised model of care for drug-resistant TB (DR-TB) in Kara-Suu district, Osh province, thereby reducing hospital visits and admissions for patients. Kyrgyzstan is one of the countries with the world’s highest rates of multidrug-resistant TB (MDR-TB). 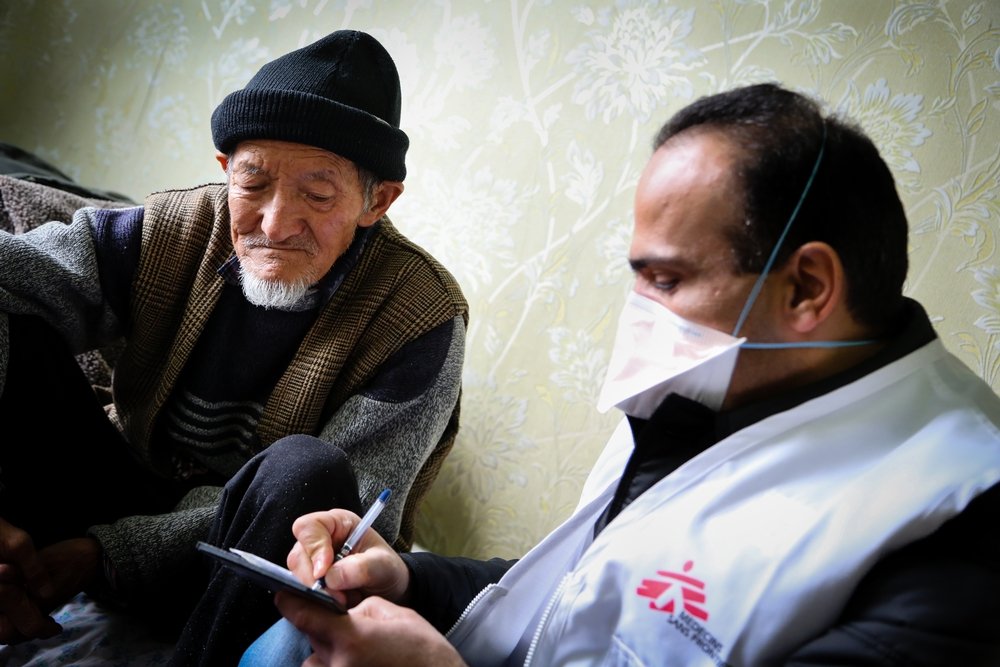 Throughout the seven years of the project, our teams supported more than 11,000 people to undergo TB testing with GeneXpert, and around 705 of those confirmed to have the disease started treatment for DR-TB. Social and psychological assistance formed part of their comprehensive care package

In Aidarken, Batken province, we continued to address the high incidence of noncommunicable diseases in a context of possible environmental pollution. In August, we assisted with an environmental risk assessment in Kadamjay district. 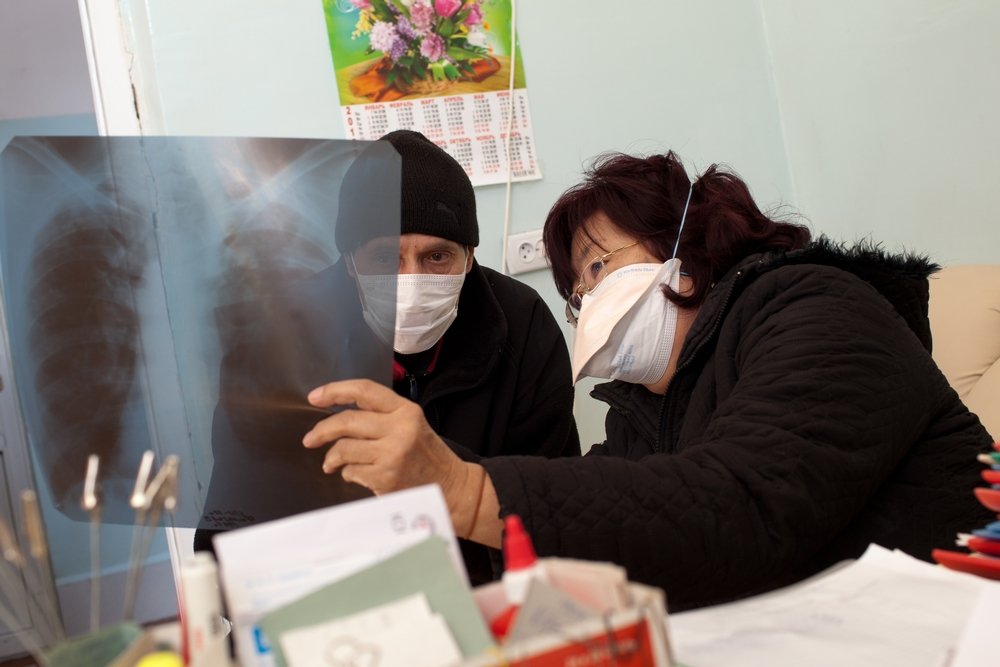 Vincent Tremeau
MSF Doctor Gulyaim Malayeva in consultation with a patient in the National TB institute in Bishkek.

This assessment will inform future health interventions aiming to mitigate exposure to heavy metal pollutants. In close collaboration with the Ministry of Health, MSF teams also provided care for women and children, including the piloting of a cervical cancer screening and pre-lesion treatment programme.

MSF and the Ministry of Health conducted a total of 4,794 outpatient consultations in Aidarken in 2019.