In Malawi, Médecins Sans Frontières (MSF) continues to run programmes to improve care for people living with HIV, the leading cause of death in the country, and for women with cervical cancer.

Malawi is making great strides after decades of underdevelopment and the impact of HIV/AIDS. 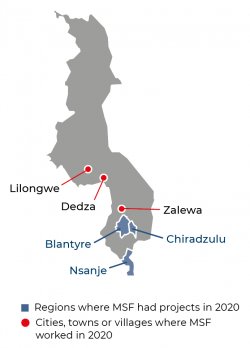 Since 2007 the landlocked southeast African country made real progress in achieving economic growth due to programmes instituted by the government of President Bingu wa Mutharika in 2005.

But, a major limitation to healthcare provision is the shortage of skilled healthcare workers – the vacancy rate for clinical staff is around 60 percent in a country of nearly 18 million people.

Médecins Sans Frontières/Doctors Without Borders (MSF) has worked in the country since 1986 and provides a wide range of medical care, from HIV and tuberculosis (TB) treatment to maternal health and natural disaster response.

Malawi is making progress in tackling HIV, but prevalence is still high at almost nine per cent. In Chiradzulu, where the rate is 17 per cent, MSF has been supporting HIV care for 15 years. Our focus is on vulnerable groups, such as children, adolescents and patients whose first- and second-line anti-retroviral (ARV) treatments are failing. 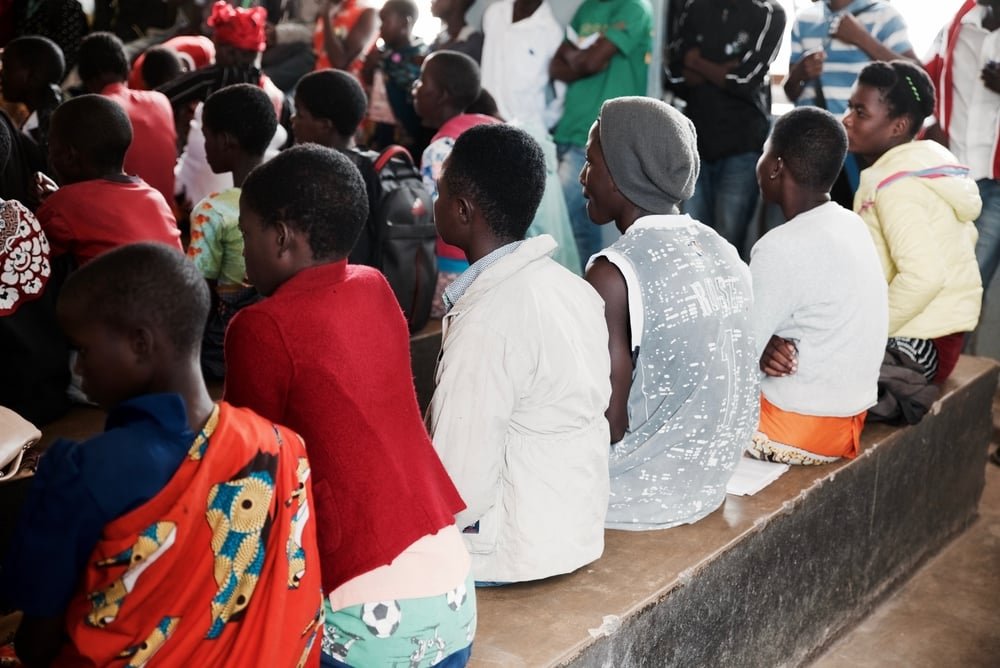 Francesco Segoni/MSF
MSF teams will assist the Ministry of Health to adapt the delivery of the Chiradzulu “Teen Club” model of HIV care across other districts in Malawi.

In 2020, COVID-19 forced reductions in our activity, although Malawi did not see a significant number of cases until the end of the year, when a second wave hit.

MSF supported the national response to the pandemic by assisting with infection prevention and control, triage, health promotion and patient care at Nsanje district hospital

In 2020, we closed or handed over to local authorities and community organisations three projects dedicated to specific groups: the advanced HIV project in rural Nsanje district to improve detection and treatment at community level, hospital care and follow-up; our Chichiri prison project, which offered preventive tuberculosis (TB) treatment to over 1,000 patients through regular screenings, treatment and management of co-infections; and a female sex worker project, which implemented an innovative, peer-led approach, allowing almost 7,000 women to access HIV, TB and sexual and reproductive health services in the community, and one-stop clinics in Neno, Dedza and Nsanje districts.

Of the 300,000 people living in the rural district of Nsanje, in southern Malawi, around 25,000 are HIV positive. Many patients admitted to the MSF-supported hospital arrive at an advanced stage of the disease, despite having been on antiretroviral (ARV) treatment before. 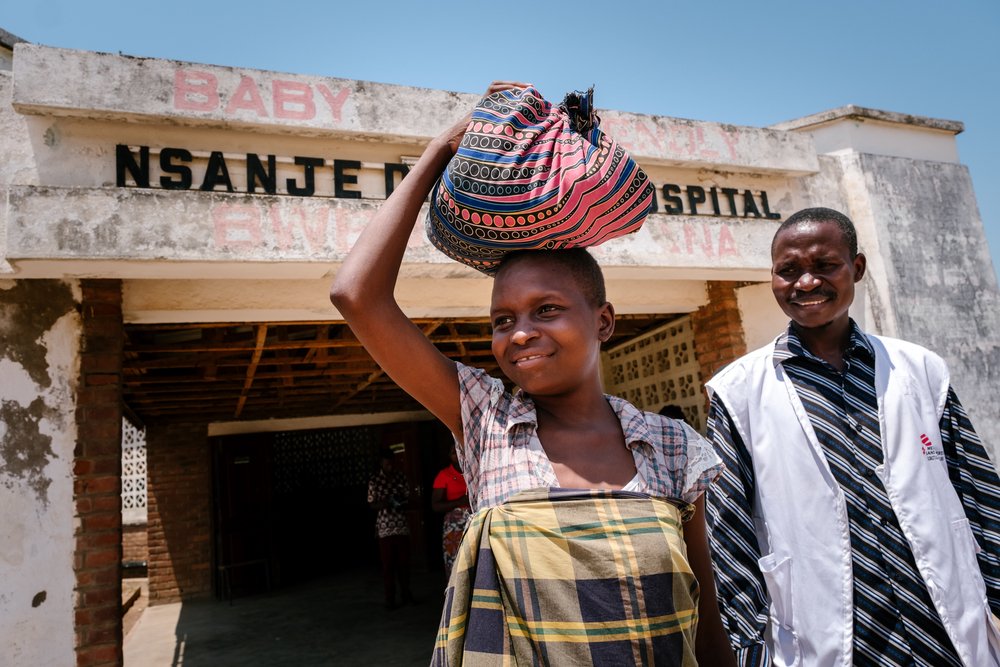 Isabel Corthier/MSF
Esther, a patient who was diagnosed with advanced HIV, is discharged from Nsanje District hospital. Malawi, October 2019.

To tackle this issue, we focus on early detection of sick patients, treatment delivery at community level, improved care at the district hospital, postdischarge follow-up and a strong referral system. Since we initiated this model, the number of deaths due to advanced HIV at the hospital has decreased by half, to below 15 per cent.

In Nsanje, and also in Mwanza, Dedza and Neno districts, we provided peer-led outreach activities and a ‘one-stop’ clinic integrating HIV, tuberculosis (TB) and sexual and reproductive health services for almost 6,000 female sex workers. Around half of the enrolled patients are HIV positive and of those, 82 per cent are virally suppressed, thanks to the treatment they receive.

In 2019, we specifically targeted girls under 18, who face even bigger challenges in accessing healthcare due to fear of legal consequences and stigma.

Cervical cancer is the most common cancer among women in Malawi, accounting for 45.4 per cent of all cancers and killing over 2,300 women every year. A major reason for this is the high prevalence of human papillomavirus, which causes cervical cancer, and inadequate screening and treatment services. Recently, MSF has been developing a comprehensive cervical cancer programme through primary, secondary and tertiary prevention.

In 2019, we scaled up screening activities and opened a specialised operating theatre and inpatient ward at Queen Elizabeth Central Hospital in Blantyre. Our teams offer vaccinations, screening and diagnosis, treatment of various stages of cancer and palliative care for non-curable patients, as well as staff training and mentoring. 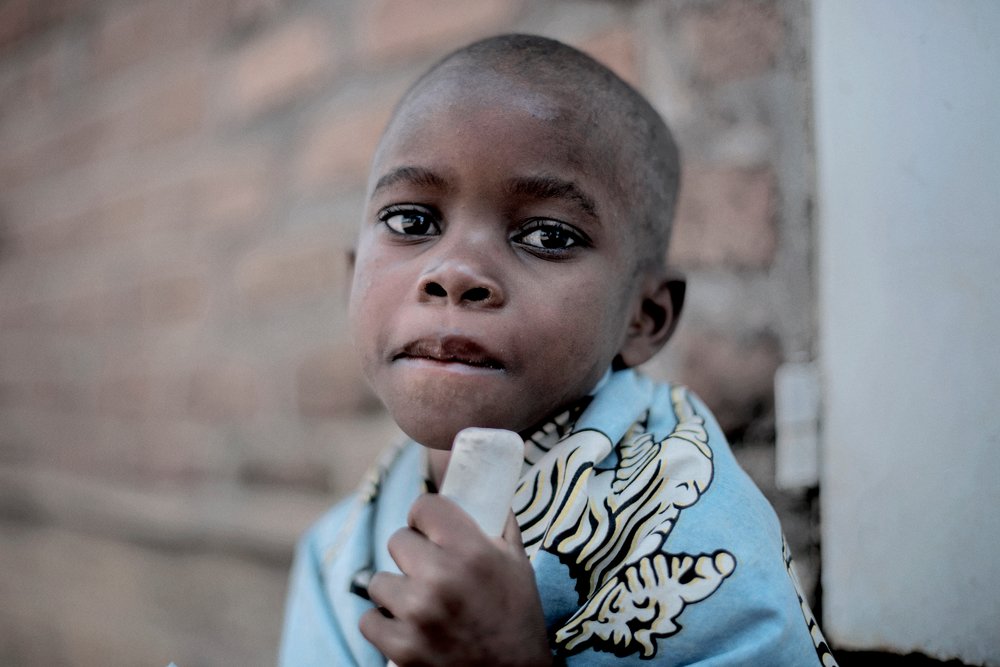 Prisoners experience higher rates of TB and HIV than the general population due to factors such as overcrowding and delays in diagnosis. Through a partnership with the prison authorities, we provided systematic screening at entry, stay and exit for HIV and TB and access to treatment for prisoners at Chichiri prison in Lilongwe.

In Chiradzulu, we continue to implement two different models of HIV care: comprehensive ‘teen clubs’ and ‘intensive clinic days’. In the clubs, teenagers with HIV are offered clinical consultations, individual counselling, health education, sexual and reproductive health services and group support sessions in a friendly environment, where peer presence and recreational activities encourage attendance and adherence to the treatment plan. 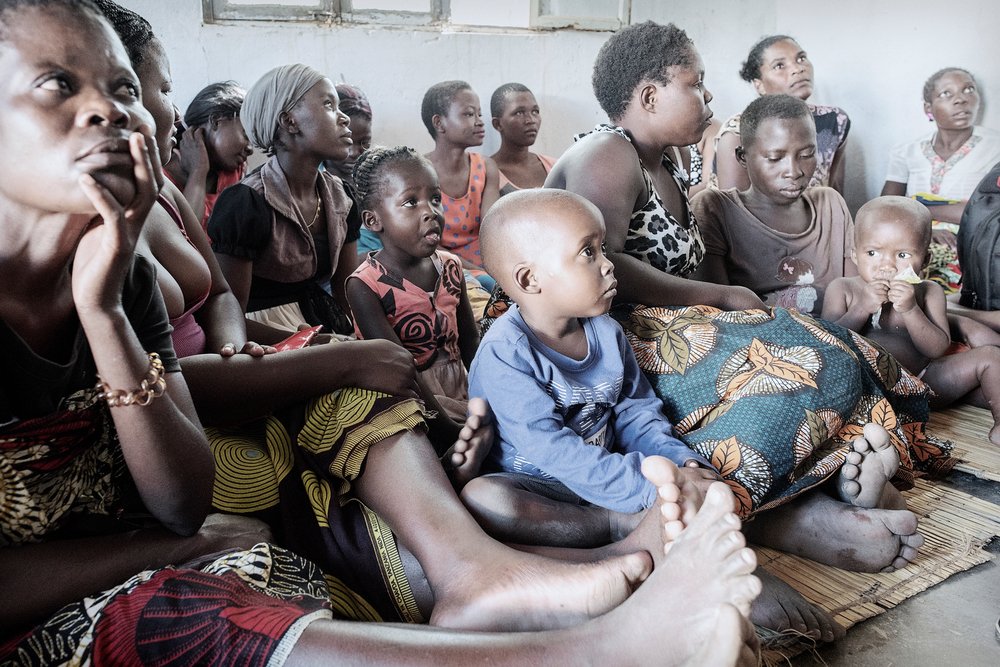 Intensive clinic days’ are held in 11 MSF-supported health facilities within the district, for patients whose treatment is failing or who have developed advanced HIV (AIDS). We provide them with consultations, counselling sessions, laboratory tests and hospital referrals.