An upsurge in armed conflict and intercommunal violence in the first half of 2020 in central Mali, resulted in more than 2,840 deaths, and forced thousands of people to flee their homes.

Home to roughly 17 million people, the West African country of Mali is the ancient heartland of an African empire. 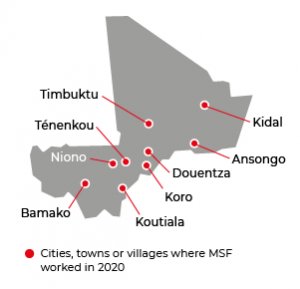 The capital, Bamako, is said to be one of the fastest growing cities in Africa and the country is renowned worldwide for producing stars of African music, most notably Salif Keita and Ali Farka Touré.

Mali was regarded as a model of African democracy until the military seized power in March 2012 and the north fell under al-Qaeda control.

The chaos that ensued after the coup led hundreds of thousands of northern Malians to flee their homes – creating food shortages in the south.

Mali has since returned to democracy, but the effects of 2012’s instability are still being felt.

Médecins Sans Frontières (MSF) first began working in Mali in 1992 and is currently helping to fill healthcare gaps, by treating conditions such as malaria, malnutrition and chronic diseases.

Despite widespread insecurity, due to violent clashes between armed groups, rising levels of criminality and the proliferation of landmines, Médecins Sans Frontières (MSF) continued to provide medical care and relief to people trapped in remote areas of Mopti and Ségou regions, in Bandiagara, Mondoro, Koro, Douentza, Ténenkou and Niono districts. We scaled up our mobile clinics to assist both displaced people and host communities in these areas, where availability of basic services is extremely limited. 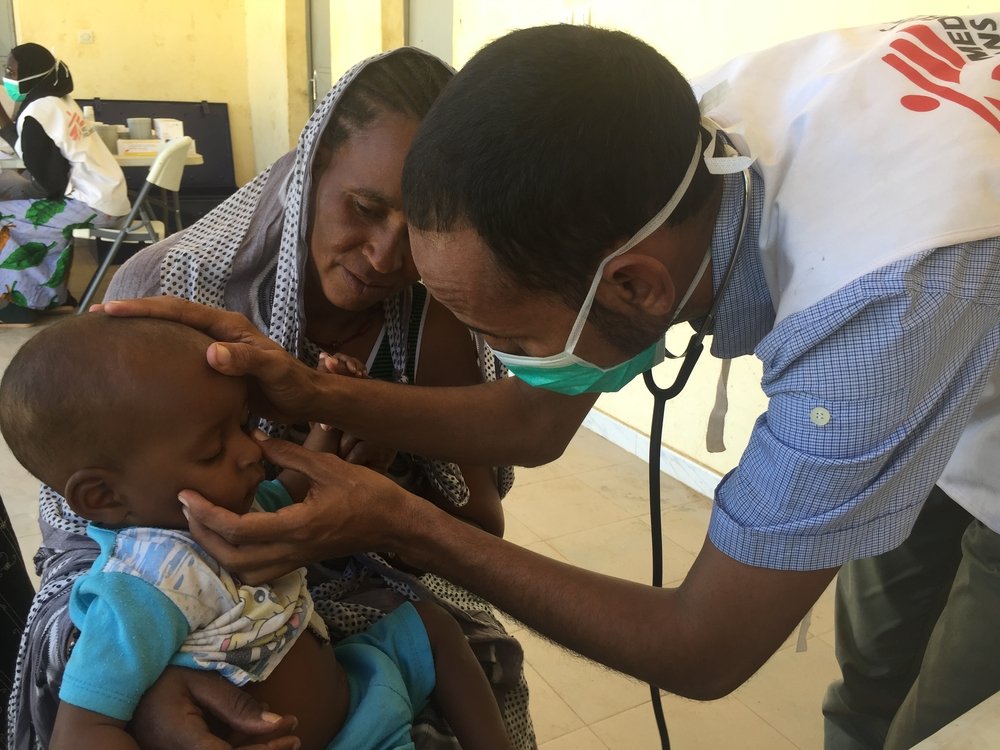 We also worked with the Ministry of Health to treat severe COVID-19 patients in Bamako and supported the response to the pandemic across the country, while maintaining our focus on cancer care and paediatric services. In 2020, we expanded our work in oncology by facilitating early screening and diagnosis of cervical and breast cancer in the capital and providing treatment, including surgery and chemotherapy.

MSF continued to respond to epidemics in the country, such as outbreaks of Crimean-Congo haemorrhagic fever in Douentza, and measles in Timbuktu, Ansongo and Douentza. In Timbuktu, we launched a large-scale measles vaccination campaign. The seasonal peak of malaria was particularly virulent in 2020, especially in northern Mali, due to heavy rains and delays in the implementation of prevention campaigns. We maintained our support for nutrition and paediatric services in Koutiala district and launched an emergency project in Timbuktu to assist with testing and treating people for malaria.

Médecins Sans Frontières (MSF) programmes around the country focus on improving access to healthcare for the most vulnerable people in both rural and urban areas.

Responding to a growing crisis in central Mali

Insecurity in central Mali has reached an unprecedented level, with an increase in clashes between the military and nonstate armed groups, together with a rise in intercommunal violence.

In March 2019, 160 people were killed in an attack allegedly perpetrated by a militia group, sparking a cycle of violent reprisals in the region. We have teams working in Douentza and Ténenkou hospitals in Mopti region, and organising referrals from surrounding rural areas.

In the area surrounding Douentza, we worked in three health centres and implemented a community-based programme to provide healthcare in 26 sites in villages most affected by violence.

Around Ténenkou, we deployed mobile teams to around 40 villages to deliver general healthcare to nearly 15,000 patients. We expanded our activities in Koro, Bandiagara and Bankass to assist some of the people most affected by the escalating violence in the region, providing them with general healthcare, mental health support and relief items, such as blankets.

In June, we opened a new programme dedicated to women and children under 15 in Niono, in Segou region. In addition to supporting the maternity and paediatric units at Niono hospital, we work in five outlying health centres. In 2019, we conducted 4,590 outpatient consultations. 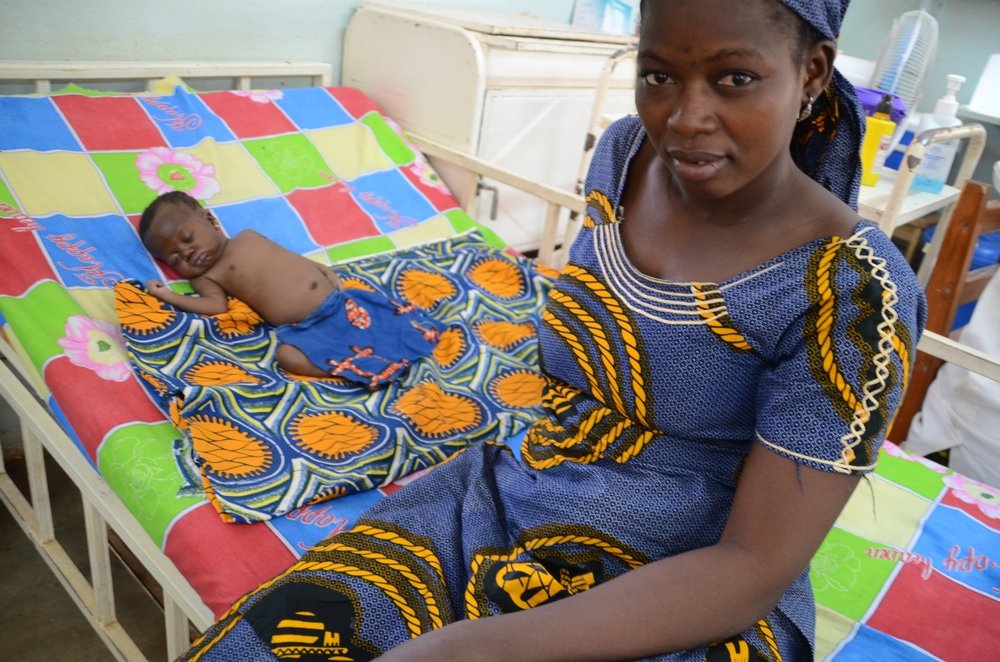 Aurelie Baumel/MSF
Mother and child at the MSF paediatric clinic.

In Ansongo, Gao region, and in Kidal, north of Gao, we ensure that healthcare is available to nomadic communities by training community health workers to diagnose and treat the most common diseases affecting pregnant women and children under five. In 2019, our teams worked in 62 nomadic camps in Kidal and Ansongo regions. 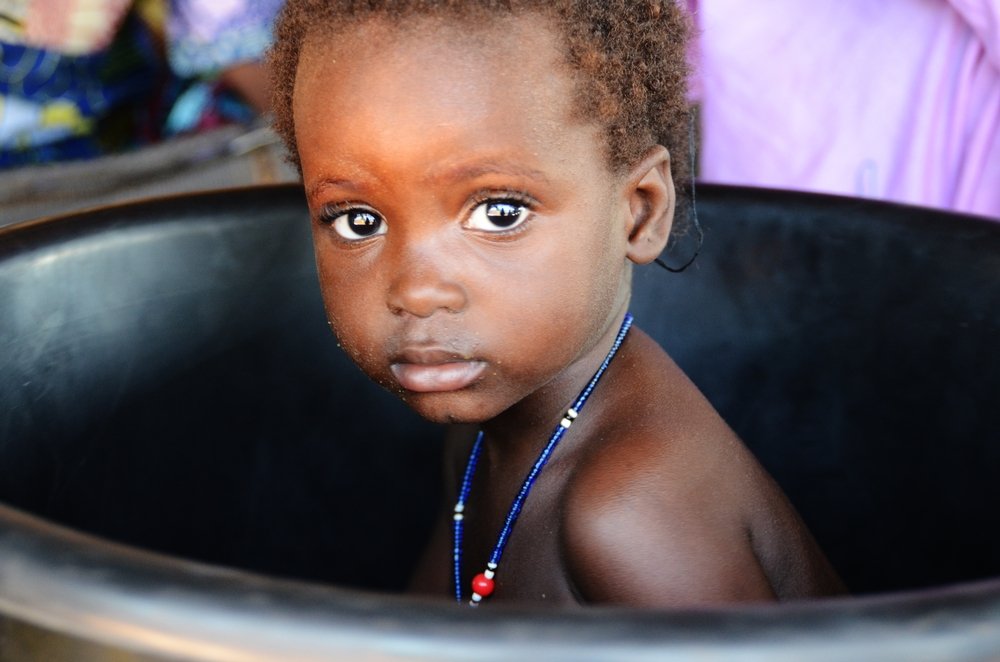 Aurelie Baumel/MSF
Child at the MSF clinic in the Konséguéla health area.

In the south, we support nutrition and paediatric services at Koutiala hospital through our newly built 185-bed paediatric care unit. Our teams also conduct preventive and curative activities in 36 health centres, especially during the seasonal malaria and malnutrition peaks. During the year, they conducted a total of 165,000 outpatient consultations

Since November 2018, we have been working with the Ministry of Health in Bamako to facilitate access to diagnosis and treatment (radiotherapy, surgery, chemotherapy) of cervical and breast cancer. In order to assist patients receiving treatment in the capital’s Point G University Hospital, most of whom are in the advanced stages of the disease, with few or no treatment options, we run free palliative care and support services in both the hospital and their homes.

In 2019, we also trained healthcare staff and carried out rehabilitation works at the hospital in partnership with the health authorities.