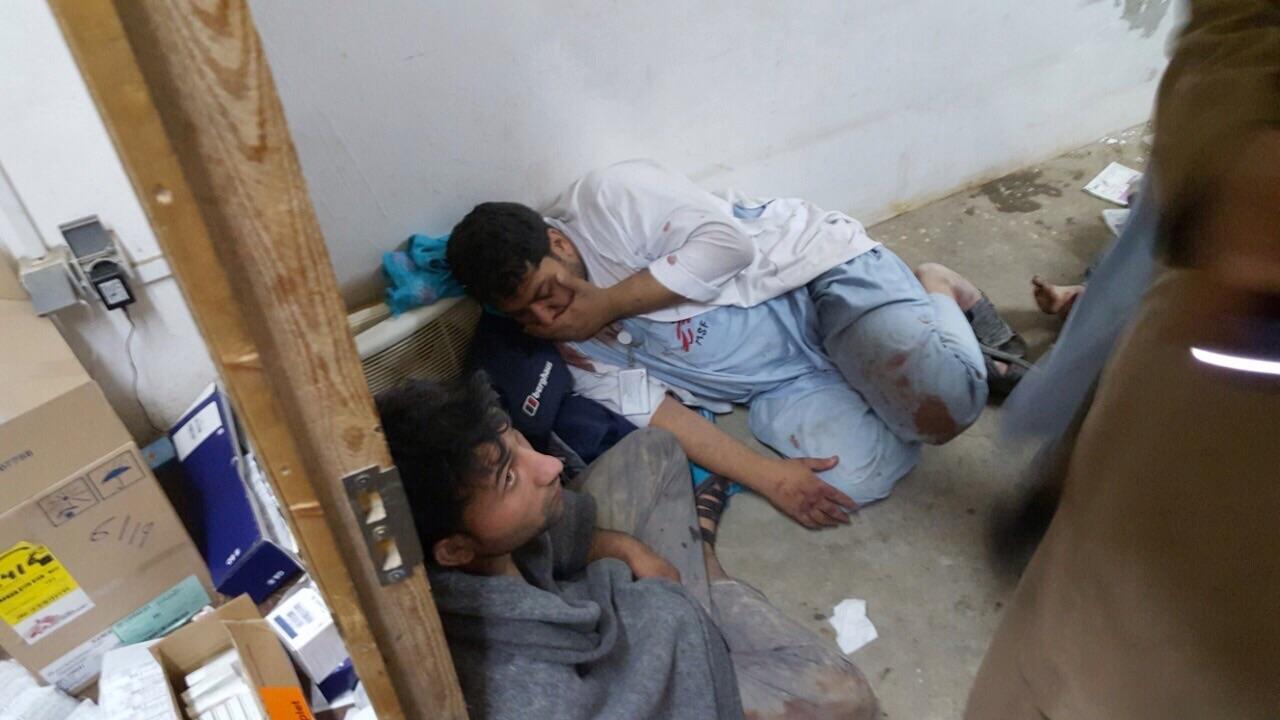 Médecins Sans Frontières (MSF) has launched a social media act of solidarity to stand up for the protection of civilians and civilian infrastructure, patients, medical staff and hospitals in conflicts.

On average, an MSF-supported health structure was bombed or shelled every single week in 2015 in Syria and in the first six weeks of 2016. Health workers and health structures have also been targeted in Yemen, South Sudan and Afghanistan, among other countries, causing intolerable suffering, death and destruction.

And this is only the tip of the iceberg of reported attacks. These horrific attacks contravene humanitarian law and have a catastrophic impact on people already made vulnerable by war and violence. When hospitals are bombed, civilians are often severely maimed or killed, and those who survive lose access to the medical help they desperately need.

Why have we launched the #NotATarget hashtag?

What can you do?

1. Spread the word on Social Media using the hashtag #NotATarget

Make your voice heard and urge United Nations member states to support the strongest possible version of this resolution by sharing the following messages:

Hospitals are #NotATarget! I believe access to medical care is a universal human right

Over 60 health facilities in Syria bombed in 2015. Unacceptable! Hospitals are #NotATarget

Attacks on civilians & hospitals must stop! This cannot be the new normal! #NotATarget

On average, an MSF-supported health structure was bombed or shelled every week in 2015 in Syria and in the first six weeks of 2016. MSF's health workers and health structures have also been targeted in Yemen, South Sudan and Afghanistan, among other countries, causing intolerable suffering, death and destruction.

This is unacceptable! Medical aid is #NotATarget. Join me in speaking out with MSF against these attacks. Hospitals are #NotATarget msf.ie/NotATarget 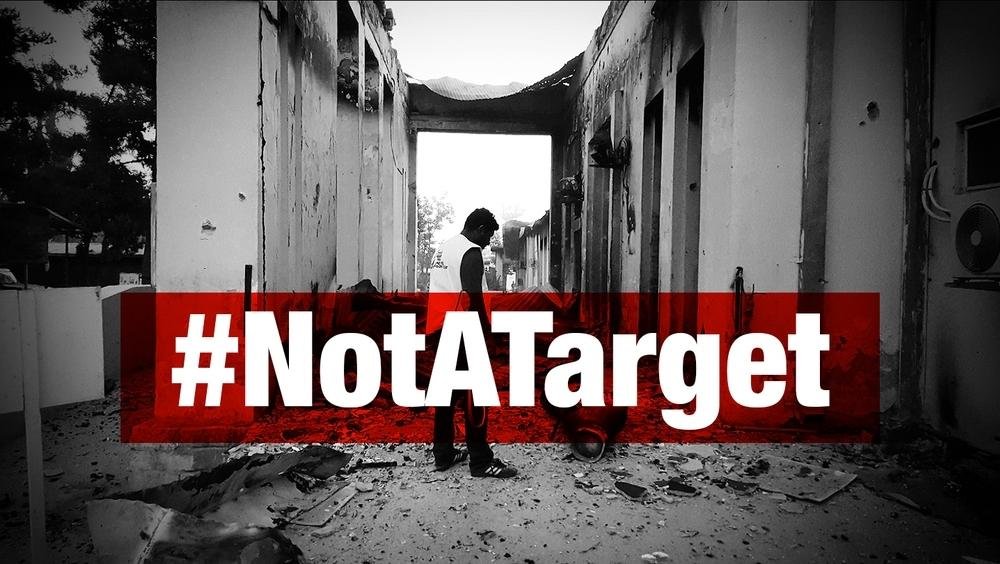 A few months ago, after our hospital in Kunduz, Afghanistan, was attacked and destroyed by the United States military, you helped Doctors Without Borders stand up for the protection of medical facilities by signing our petition calling for an independent investigation into the Kunduz bombing. We are hoping you'll join us in the next step in that campaign.

Join the conversation on social media

The world has reached a disturbing tipping point in modern warfare. After World War II, hundreds of countries agreed to protect civilians by signing onto the Geneva Conventions.

Today, these same countries are now ruthlessly bombing civilian targets. The states that signed the Geneva Conventions, including United Nations member states and members of the Security Council, no longer seem compelled to uphold international humanitarian law, which regulates just and proportionate warfare.

The February 2016 example in Syria, where an airstrike bombed a hospital, was presumably carried out by the Syrian or Russian military. Twenty-five people died, and thousands more no longer have access to emergency medical care.

In 2015, 63 hospitals and clinics supported by MSF were hit by bombing and shelling in Syria more than 94 times – that’s on average more than once a week. In total, 23 MSF medical staff were killed, and 58 staff were wounded.

In Afghanistan, on 3 October 2015, the US military destroyed MSF’s hospital in Kunduz, killing 42 people – the highest number of staff and patients killed in a single incident in the history of the organisation’s humanitarian work.

In Yemen, MSF medical activities were attacked four times in just three months between October 2015 and January 2016. The first attack took place on October 26, 2015, when fighter jets from the Saudi-led coalition repeatedly bombed a hospital.

On December 2, 2015, a mobile clinic was hit by an airstrike, wounding eight people and killing one person nearby. On 10 January 2016, an attack on the Shiara hospital killed six people and injured at least seven, and on 21 January an ambulance was hit and its driver killed in a series of airstrikes in Saada Governate.

Attacks also occur in other regions of the world. In Sudan, a hospital was bombed by the Sudanese Air Force on 20 January 2015, forcing the suspension of medical activities and thus cancelling medical care for thousands of Sudanese.

MSF cannot accept that this “new normal” should define modern warfare. The targeted killing of civilians, medical staff and patients cannot continue, regardless of which armed force or forces is responsible.

MSF is seeking to grow the public’s awareness around this issue. We encourage you to help us by participating in our #NotATarget social media campaign, and to take a stand in solidarity with innocent civilians and health workers around the world.