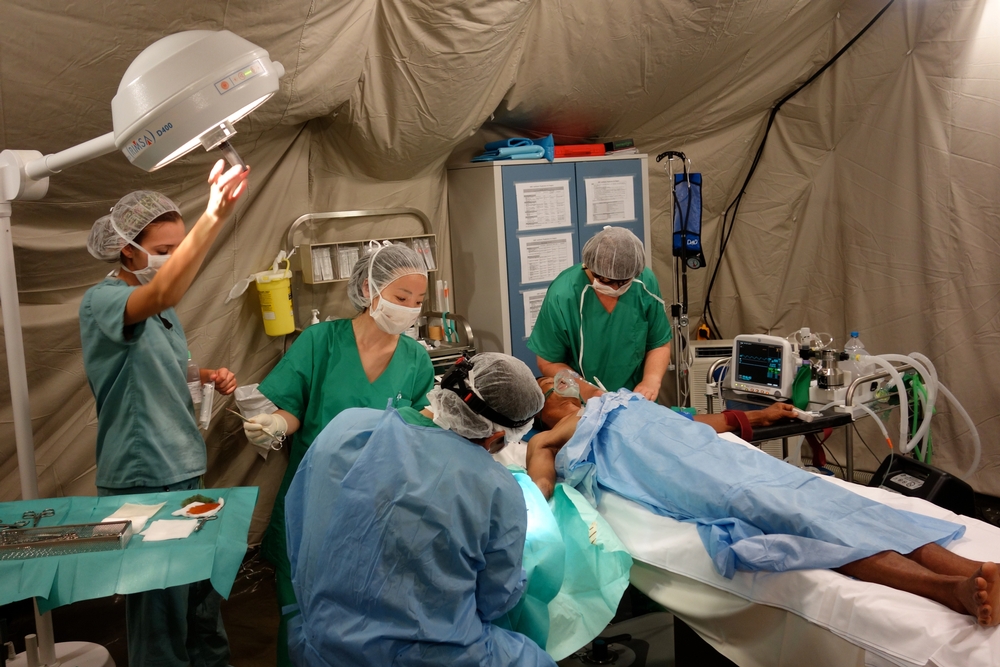 Second Nepal earthquake: “Everyone was afraid”

“The day of the second earthquake, people panicked. Those who were inside houses fled, running, and those nearby also fled. They were fully aware of the risk of remaining inside a building,” says MSF's Ann Taylor, then head of mission in Nepal.

In the mountainous regions, the residents of isolated villages received almost no aid. Only the wounded were transferred to hospitals by the army for treatment. Many roads were cut off and helicopters were the only way to reach these high-altitude villages.

MSF teams distributed hygiene kits (including buckets, soap, towels and detergent), and our medical teams treated as many injured people as they could.

Our helicopter operation allowed us to refer more serious patients to our hospital in Arughat, a 20-bed hospital we had opened on 8 May which included an operating room, a labour and delivery unit, and an emergency room. You can see our team inside our inflatable hospital in Arughat performing surgery in the picture above.

In natural disasters such as this, responding swiftly is essential. MSF’s model means we are always on stand-by, thanks to donations from people like you.