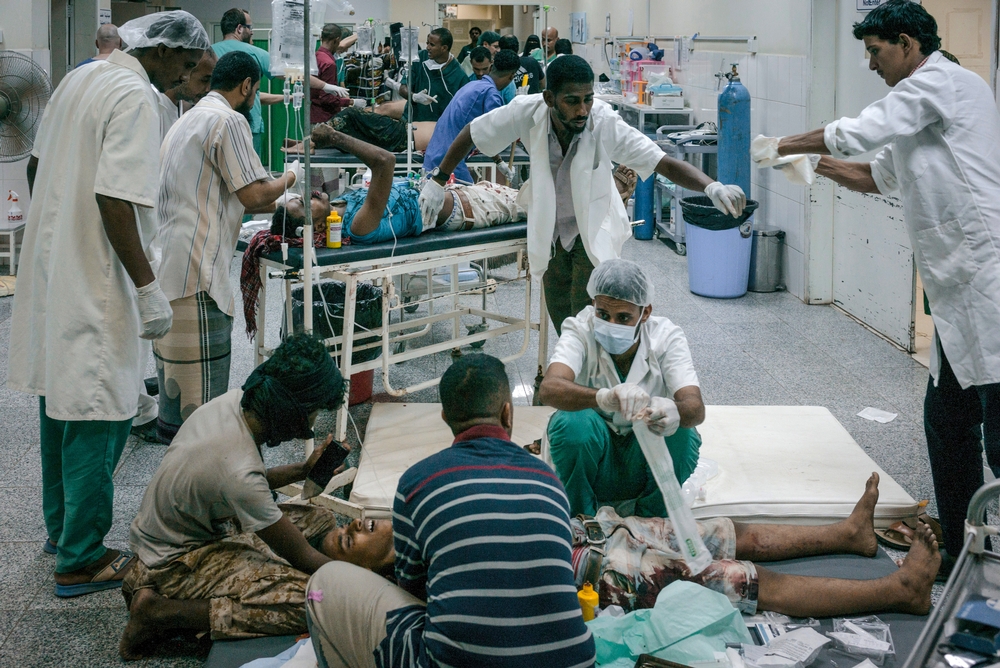 “The city is still dangerous because of sniper fire and stray bullets. Everyone is armed," says Thierry Goffeau, who worked as MSF’s project coordinator in Aden, Yemen, May – August 2015.

“You can gather up a handful of stray bullets every day in the hospital compound where we work in the Sheikh Othman district.

“Last week, a bullet whizzed by the window of my office. A few days earlier, one came through the wall of the bedroom of one of our surgeons.

“On 19 July 2015, we treated 206 wounded patients within a few hours at the Sheikh Othman district hospital."

Since the beginning of 2015, MSF teams in Yemen received more than 88,000 patients in its emergency rooms, treating 20,539 war wounded. MSF operates or supports medical facilities across the country, as this complex war continues to tear communities apart.

In conflicts such as in Yemen, it is often the local population who suffer the most. MSF is neutral and in such situations works hard to provide essential medical aid to people affected by conflict and those who have no access to care.