South Africa, home to over 50 million people, has one of the continent's biggest and most developed economies. 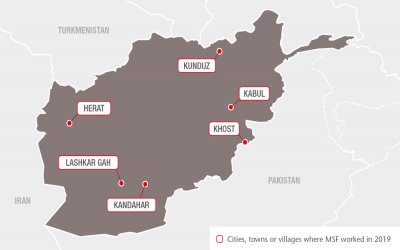 Map with all MSF projects in Afghanistan in 2019.

Until 1994 it was ruled by a white minority which enforced a separation of races with its policy of apartheid.

The apartheid government eventually negotiated itself out of power after decades of international isolation, armed opposition and mass protests.

Médecins Sans Frontières/Doctors Without Borders (MSF) has worked in South Africa since 1999, caring for tuberculosis (TB) and HIV/AIDS patients.

In South Africa, Médecins Sans Frontières (MSF) supported the COVID-19 response, while continuing to provide care for HIV and tuberculosis (TB) patients, victims of sexual violence and vulnerable migrants. To address the secondary consequences of COVID-19, which included a sharp decline in the uptake of health services, we adapted our existing activities in novel ways. Our sexual violence project in South Africa’s platinum belt ensured that health services for victims remained accessible through the provision of phone-based counselling and transport at a time when public services had ceased. 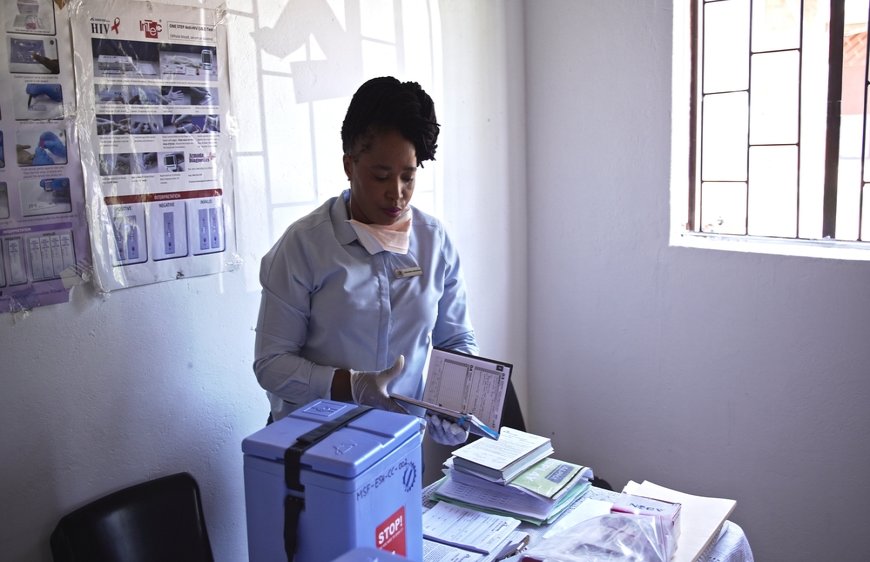 MSF/Tadeu Andre
Everybody Breathes is a package documenting how the lessons learnt from the initial phases of the ‘Bending The Curves’ initiative in South Africa are now being used by MSF in Eshowe to tackle TB. The package will document interventions the project is putting in place in collaboration with its partners to prevent the spread of TB, provide a link for patients to get tested, locate missing cases and ensuring patients remain on treatment with structures that fit into their lives. (July, 2020).

Our teams in Eshowe and Khayelitsha worked to maintain HIV and TB diagnosis and treatment through largescale distribution of oral HIV self-testing kits, and by making sure that local facilities tested for COVID-19, HIV and TB at the same time. Staff delivered antiretrovirals (ARV) and medications for other chronic diseases to patients’ homes or community pick-up points, and provided home-based care for drug-resistant TB (DR-TB) patients. Screening and treatment for common eye conditions – and fistula surgery campaigns, were delayed. In Somaliland, which has a high burden of TB, MSF supported the diagnosis and treatment of drug-resistant TB (DR-TB) at a TB hospital in Hargeisa and three regional TB centres. 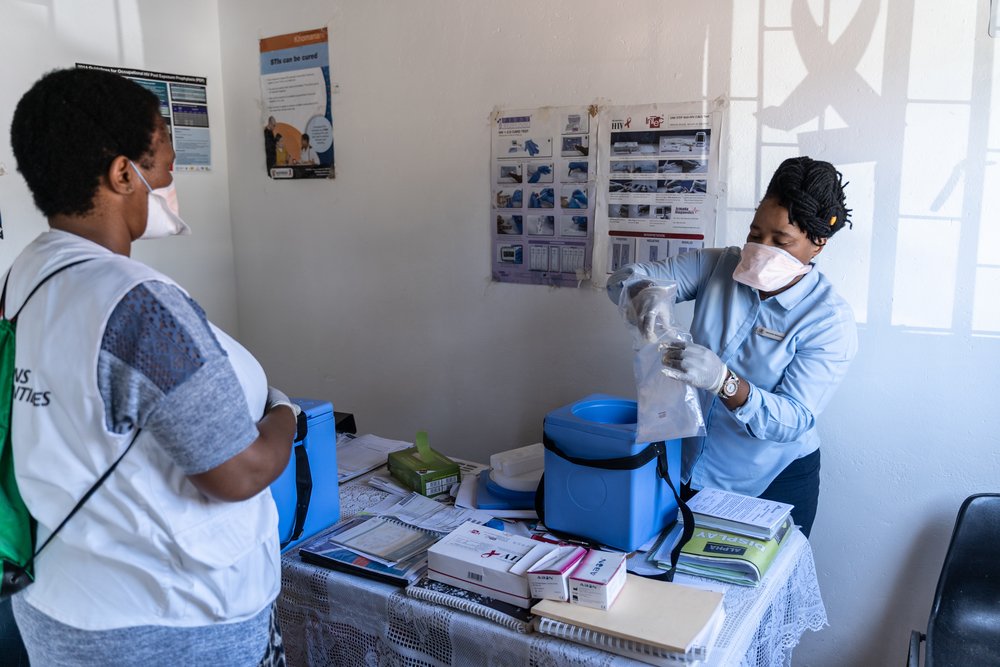 MSF/Tadeu Andre
Nobuhle Titus, an MSF nurse technical support, packs sputum samples collected from a Luyanda site in the town of Vuma. Luyanda sites She collects and transports the samples from MSF’s Luyanda sites to the hospital where they are tested. Luyanda sites provide a link between patients and hospitals where patients can have sputum samples tested and receive information on TB and other diseases. This process makes the process of testing TB easier for patients who often stay far away from the hospital. (February, 2022). Everybody Breathes is a package documenting how the lessons learnt from the initial phases of the ‘Bending The Curves’ initiative in South Africa are now being used by MSF in Eshowe to tackle TB. The package will document interventions the project is putting in place in collaboration with its partners to prevent the spread of TB, provide a link for patients to get tested, locate missing cases and ensuring patients remain on treatment with structures that fit into their lives. Under embargo until 24/03/2020.

Our teams worked in numerous shelters for homeless people in the cities of Tshwane and Johannesburg, delivering mental health and medical services, which in Tshwane included the distribution of opioid substitution therapy. During the first COVID-19 wave, we set up, staffed and managed a 60-bed COVID-19 field hospital in a sports hall in Khayelitsha, treating patients with moderate-to-severe COVID-19 in their community. In the second wave, we supported COVID-19 wards in seven hospitals in three provinces.

In 2020, MSF celebrated 20 consecutive years of operations, with milestones including the development of the first ARV treatment programmes on the continent and a successful push for shorter, less toxic treatment for DR-TB.

In 2019, our large-scale community HIV/ TB project in King Cetshwayo district, KwaZulu-Natal, run in collaboration with the Department of Health, became the first in South Africa to reach the UNAIDS 90-90-90 targets. 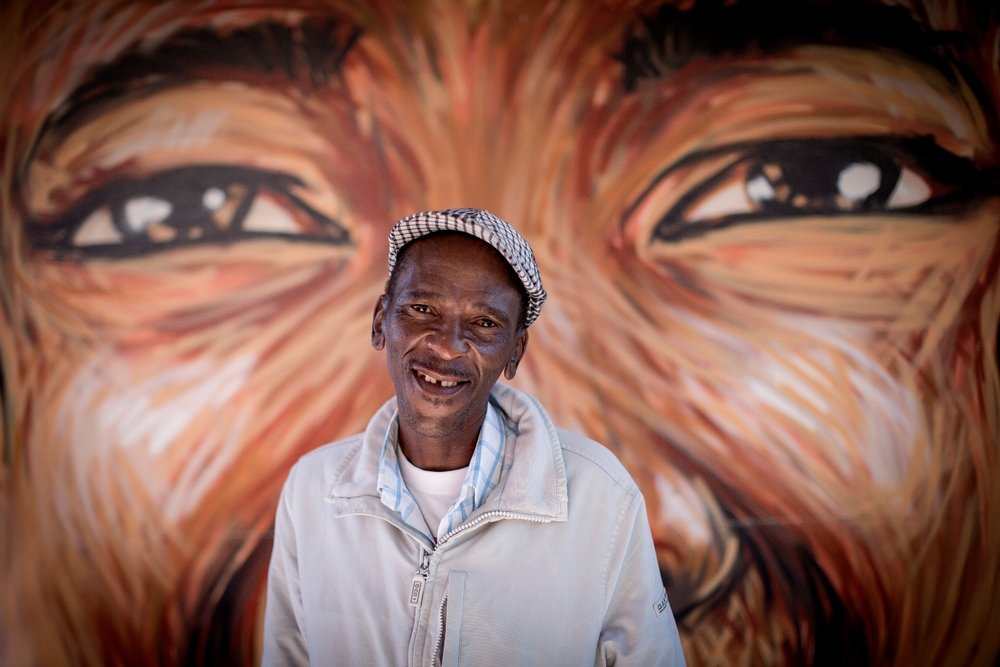 Sydelle WIllow Smith
Portrait of Simphiwe, MDR-TB patient, in front of a community mural at his local clinic in Kuyasa, Khayelitsha.

In response to the growing phenomenon of disengagement from HIV care, we have developed services in the urban slum of Khayelitsha to encourage patients, including those with advanced HIV, to restart treatment.

In 2019, the endTB trial enrolled its 48th patient at the Khayelitsha site, and two new sites, Durban and Johannesburg, were added to the TB PRACTECAL trial, with a total of 70 patients enrolled by the end of the year. We welcomed the registration of the newer TB drug delamanid, and we continue to push for improved treatment for the disease nationally.

Care for victims of sexual violence

MSF works with the provincial health department to provide victims of sexual violence with essential medical and psychosocial care through community clinics known as Kgomotso Care Centres on South Africa’s platinum mining belt. In 2019, we handed over two of the four clinics to the department. 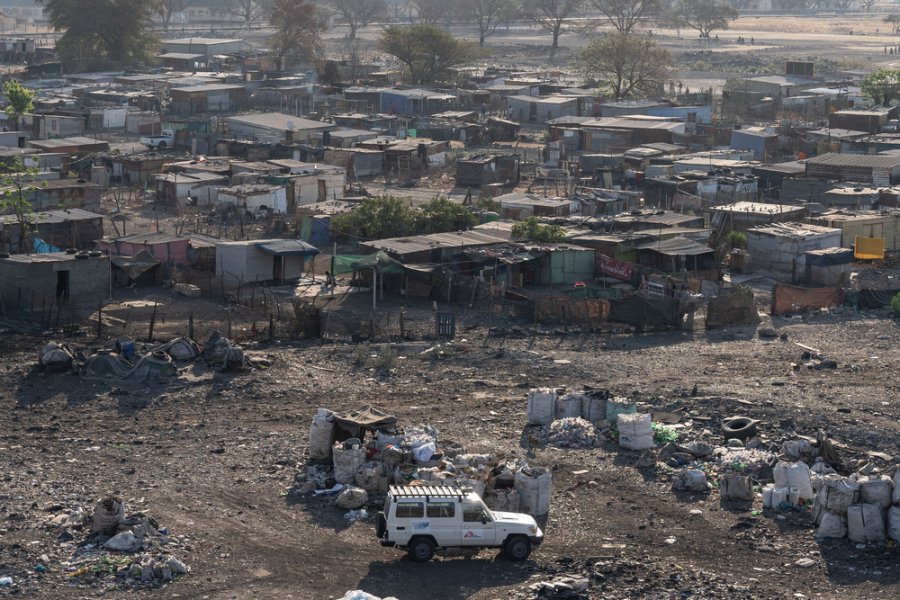 Tadeu Andre/MSF
An MSF vehicle in Rustenburg, on South Africa’s platinum mining belt, where our teams work with the health department to provide victims of sexual violence with medical and psychological care. September 2019.

We also launched initiatives to identify victims of sexual violence, for example through our school health programme, which reached 26,000 students. Community-based initiatives accounted for at least 160 of the 1,294 new patients seen in 2019.

To meet the high demand for pregnancy termination, we trained 23 health providers in safe abortion care. In MSF-supported facilities, an average of 209 abortions were performed monthly in 2019. 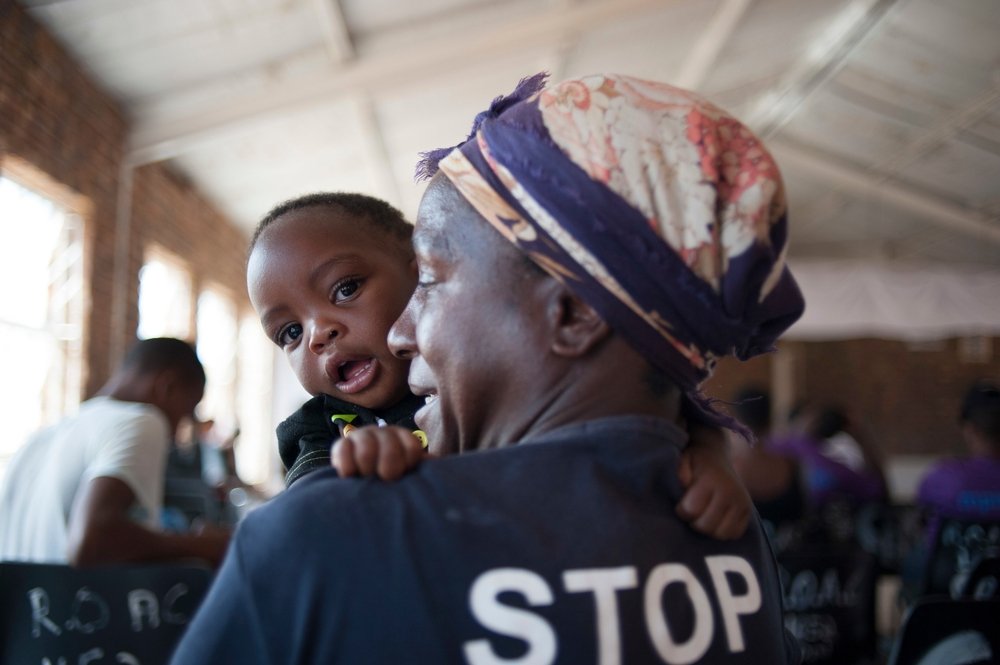 Stefan Heunis
A woman holds her baby during Stop Stock Outs Project (SSP) in Soshanguve, a township outside of Pretoria.

In 2019, 668 people received medical and psychological support and 456 attended group mental health sessions. In addition, our emergency teams responded to episodes of xenophobic violence against migrants in three provinces.

We continue to call for wider availability of lifesaving drugs by addressing the patent, registration and financial barriers that prevent their supply.

Through a national access programme set up by MSF, we donated 610 courses of flucytosine – an effective cryptococcal meningitis treatment not yet registered for use in South Africa – to 15 specialist facilities across the country. The programme seeks to build evidence to support its registration as an essential medicine.

The SSP is a civil society consortium supported by MSF and five other organisations, which monitors the availability of essential drugs in clinics across the country and pushes for the rapid resolution of stockouts and shortages. In 2018, the SSP helped to identify and raise awareness of stockouts across North West province resulting from health worker strike action. 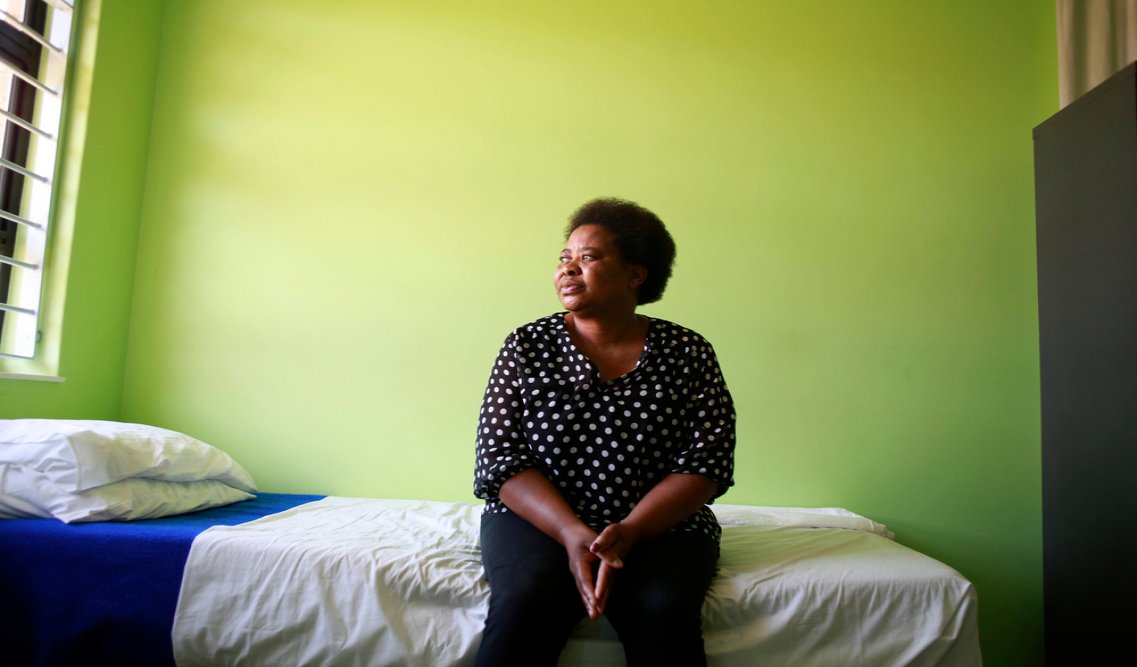 “For 29 years I endured physical and mental abuse at the hands of my husband. I stayed with him because in our culture, we respect the wishes of our parents, and my mother felt it would humiliate her if I left him. In 2014 and 2015 I lost my mother, sister and brother, and my life fell apart – I could no longer face my home but had nowhere else to go.

On the streets of Boitekong I had met a healthcare worker called Rosina from MSF, who told me about the services for victims of partner violence at the Kgomotso care centre at Boitekong community health centre. I borrowed 20 rand (US$1.70), and took a taxi to the centre, where I was counselled and then transported to a shelter for vulnerable women and children.

I feel strong now, and ready to leave the shelter. If an abused woman hears my story, I want her to know that I used to hide my problems, but if you don’t seek help it can kill you from inside. Getting to a clinic and talking to a counsellor saved my life.”