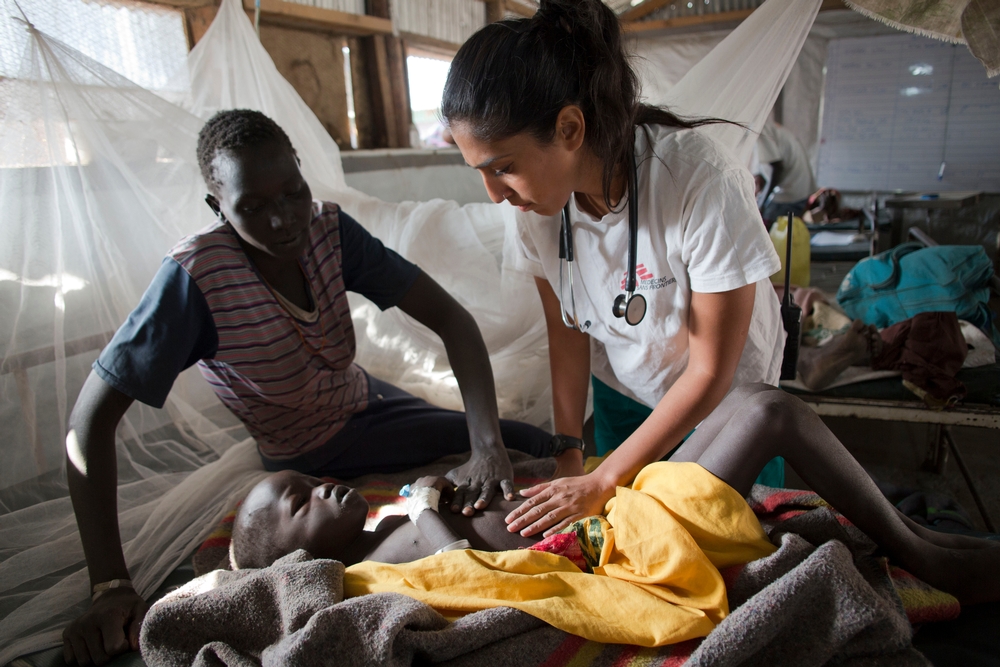 South Sudan: Tackling a deadly disease in a war-torn country

Conflict that's been raging for more than two years has left the people of South Sudan, the world’s youngest country, vulnerable to a deadly tropical disease known as kala azar (visceral leishmaniasis).

The risk of infection increases, as due to ongoing violence, people have become displaced into areas where the disease is prevalent and malnutrition lowers their ability to fight the infection.

In 2014 alone MSF treated over 6,700 cases of kala azar in South Sudan, more than double the number of cases it treated the year before.

“Getting early and sufficient treatment means the difference between certain death and recovery - with the likelihood of life-long immunity to this disease." MSF’s Casey O’Connor in Lankien.

“Already busy, the outpatient clinic started overflowing with patients, with rising numbers testing positive for kala azar, much earlier in the season than anyone could remember, and in numbers not seen before in Lankien.

“At some points five injection teams were treating 800 patients per day. And no one likes the treatment – painful intra-muscular injections into the buttocks. Not just once, but for 17 painful days. All day you can hear the children crying from the pain of the injection.”

Painful or not, the treatment is essential, and just a small part of MSF’s work in South Sudan.

MSF works around the world battling against known epidemics such as Ebola and Cholera, but also against lesser known diseases such as kala azar and sleeping sickness.