In 2019, Médecins Sans Frontières (MSF) continued to deliver healthcare in the conflict zone in eastern Ukraine and support the Ministry of Health’s hepatitis C and tuberculosis (TB) programmes.

We supported hospitals on both sides of the frontline during the 2014-16 conflict. 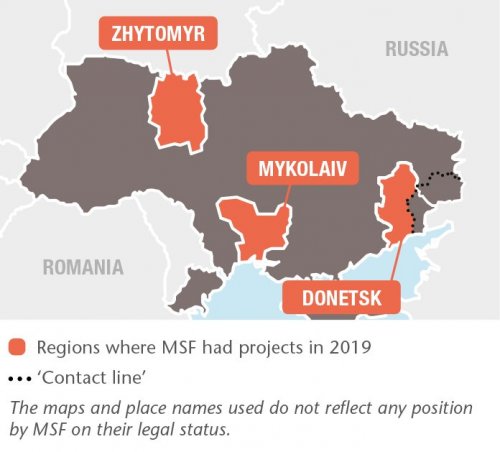 Europe's second largest country, Ukraine – home to 44 million people – is a land of wide, fertile agricultural plains, with large pockets of heavy industry in the east.

Ukraine gained independence after the collapse of the Soviet Union in 1991 and has since veered between seeking closer integration with Western Europe and being drawn into the orbit of Russia.

In late 2013, political protests erupted as the Ukrainian government backed away from an association agreement with the EU. Violent clashes between police and protesters took place.

In February 2014, Ukraine’s president Viktor Yanukovych was ousted from power and violent chaos ensued. By May, tensions between western-leaning Kiev and Russian-backed separatists plunged the eastern regions of Donetsk and Luhansk into war.

Médecins Sans Frontières/Doctors Without Borders (MSF) first began working in the country in 1999. We are still responding to the ‘frozen war’ by treating the psychological effects. We are also providing care for tuberculosis (TB) patients in eastern Ukraine’s penitentiary system.

For five years, MSF mobile teams have provided basic healthcare and psychosocial support to people living close to the frontline in eastern Ukraine. 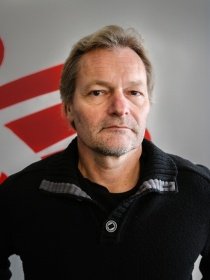 As public health facilities in the country’s conflict-affected regions gradually resumed services, we began transferring patients to the Ministry of Health for treatment. By the end of the year, they were all receiving care in the public system.

In Mykolaiv, we support the Ministry of Health in diagnosing and treating people with hepatitis C. Patients are treated with the highly effective direct-acting antiviral drugs daclatasvir and sofosbuvir. In 2019, psychosocial support and health education helped improve adherence to treatment and combat stigma and discrimination. This new model of care has achieved a cure rate of 97.4 per cent.

In 2019, the project we run in Zhytomyr in partnership with the Ministry of Health initiated operational research to demonstrate that an effective model of treatment for DR-TB can be implemented in Ukraine. It involves reliable diagnostics, psychological and social support, and newer, more effective all-oral drugs (bedaquiline and delamanid), which have fewer severe side effects.

Patients will spend less time in hospital and their treatment regimens will be shorter, lasting from nine to 12 months. MSF is also building a state-of-the-art laboratory in the TB dispensary, which will be the first in the region with such an advanced level of biological safety