In Uzbekistan, Médecins Sans Frontières (MSF) focuses on improving diagnosis and treatment for people with tuberculosis (TB), including drug-resistant forms of the disease, and HIV.

Uzbekistan was once at the heart of the ancient Silk Road trade route connecting China with the Middle East and Rome. 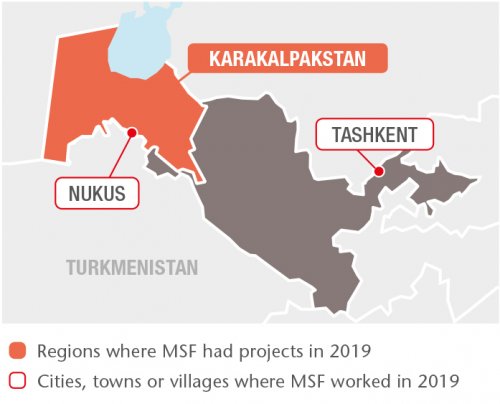 In 1991, Central Asia’s most populous country emerged from more than 200 years of Russian rule as an independent state.
From 1989 to September 2016, the country had been ruled by President Islam Karmov.

Médecins Sans Frontières/Doctors Without Borders (MSF) has worked in Uzbekistan since 1997 and continues to work to improve the quality and availability of treatment for Tuberculosis (TB), which has high levels of the drug-resistant form of the disease.

In January 2019, we started to enrol new patients in Tashkent region for our multi-site TB PRACTECAL clinical trial. This trial was launched in 2017 in Nukus, Karakalpakstan, to evaluate the safety and effectiveness of two of the newer TB drugs – bedaquiline and pretomanid – on a much shorter and more tolerable regimen lasting just six months. 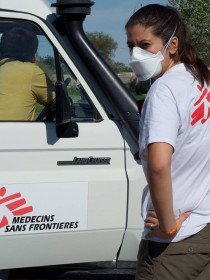 We also work with the Ministry of Health at our project in Tashkent, which focuses on improving the availability of integrated care for HIV patients co-infected with TB, sexually transmitted infections and hepatitis C through a ‘one-stop shop’ model.

Since the end of 2018, we have been providing services to high-risk groups, such as sex workers and people who inject drugs, in the greater Tashkent area. We are also moving forward with plans to use the TB LAM test to facilitate diagnosis of TB in HIV patients. 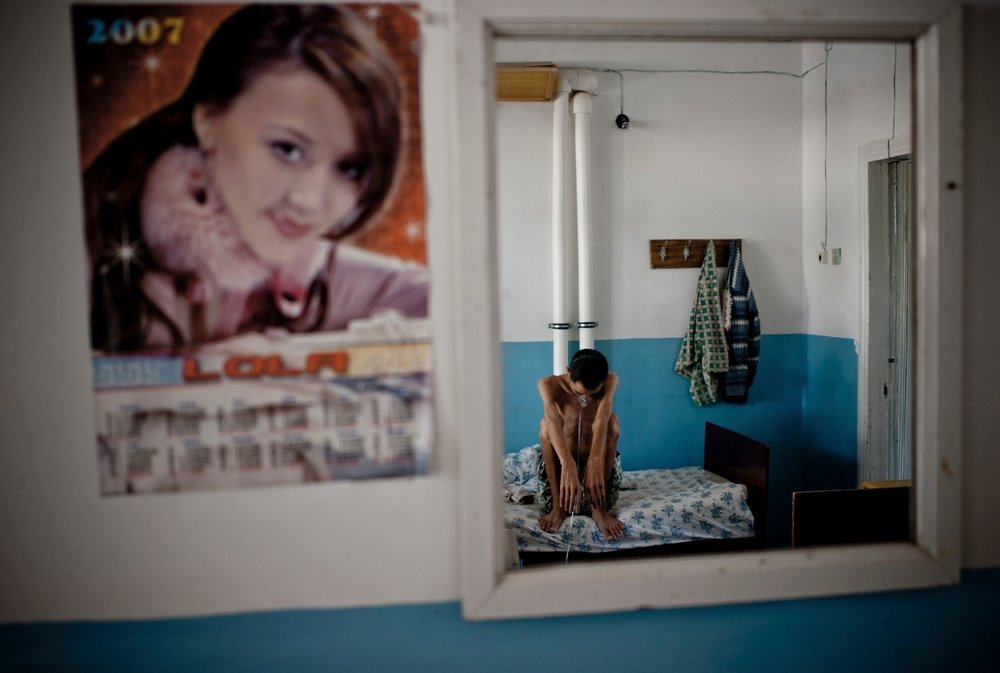 Misha Friedman
A 19 year old patient suffering from XDR-TB. Because he can't breathe himself, he has to use an oxygen machine all the time.

The Karakalpakstan TB project implements a comprehensive patient-centred model of care. In 2019, 2,130 patients received treatment as part of this programme, 660 of whom were treated for drug-resistant TB (DR-TB) and 1,470 for drug-sensitive TB.

Towards the end of the year, as part of our commitment to introduce best practice guidance, we supported the Ministry of Health in the rollout of a TB care protocol based on the revised WHO consolidated guidelines for DR-TB treatment in Karakalpakstan.

In line with the policy recommendations of the WHO consolidated guidelines, we upgraded the laboratory capacity by introducing drug-susceptibility testing for both new and repurposed TB drugs (bedaquiline, linezolid, clofazimine, moxifloxacin, amikacin and pretomanid).