Told through the eyes of an MSF driver in Rustenburg, South Africa, our new short film “Driving Change in South Africa” shows that everyone has a role to play in tackling sexual violence and supporting survivors, especially men.

Lebogang Seketema – known as Lebo – knows the pain and suffering that sexual violence can cause to those who experience it.

When he was a teenager, his nine-year-old sister was raped by a neighbour. However, there was limited access to care back then, and the family chose to put it behind them.

"I am a man, and the lady has been abused by a man. She has to get inside the car, and sometimes I’m alone inside the car with her. You have to let her know that she’s in a safe place, she’s safe with you..."

For the past three years, Lebo has now worked as a driver in a sexual and gender-based violence project run by MSF in Rustenburg in the heart of South Africa’s platinum mining belt. 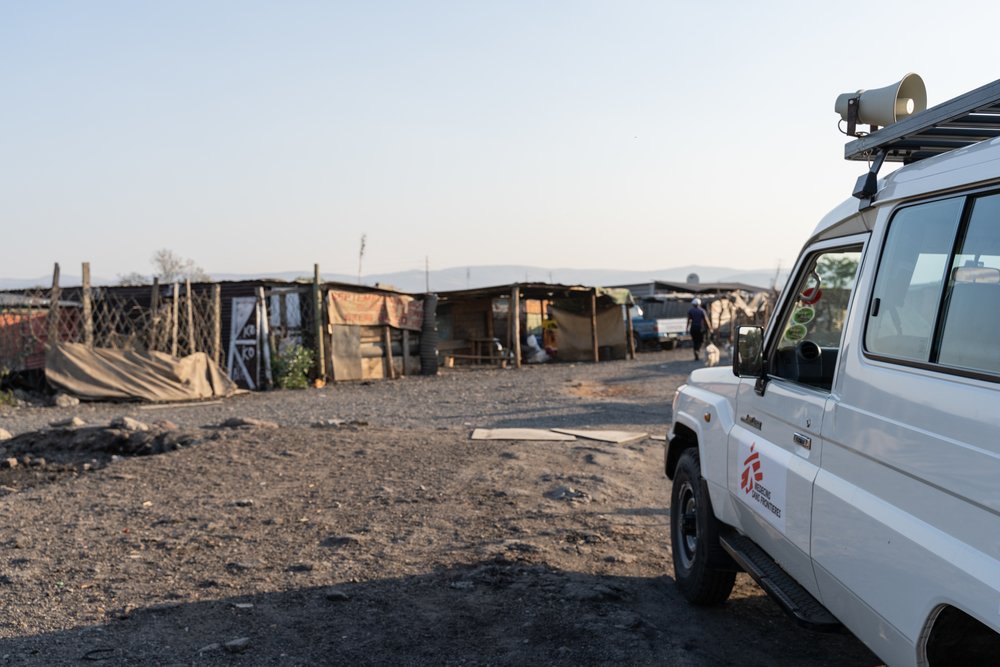 Tadeu Andre/MSF
Since 2015, MSF has been working with the North West Department of Health to expand access to free, high quality and confidential care for survivors of sexual and gender-based violence in Rustenburg’s Bojanala district through four dedicated clinics, known as Kgomotso Care Centres.

In the informal settlements that lie sprawled around the area’s mines, men outnumber women, while a potent mix of historical violence, economic hardship and traditional gender dynamics mean many women, especially those with children, are dependent on male partners for survival. This leaves many vulnerable to sexual and gender-based violence.

Each day, Lebo and seven other male drivers pick-up and transport survivors of sexual violence for emergency medical and psychological care at one of four MSF-supported “Kgomotso care centres” in the area – often driving them home again.

Kgomotso means “place of comfort” in the local Setswana language.

As first responders, MSF drivers are often the first people a survivor meets following an incident.

Their role in the survivor’s journey of care is seen as a vital part of MSF’s approach, ensuring humane, non-intrusive and supportive care for survivors from the start.

Yet like Lebo, all the drivers have become acutely aware of their identity as men for victims, when male perpetrators cause the vast majority of sexual abuse across South Africa. 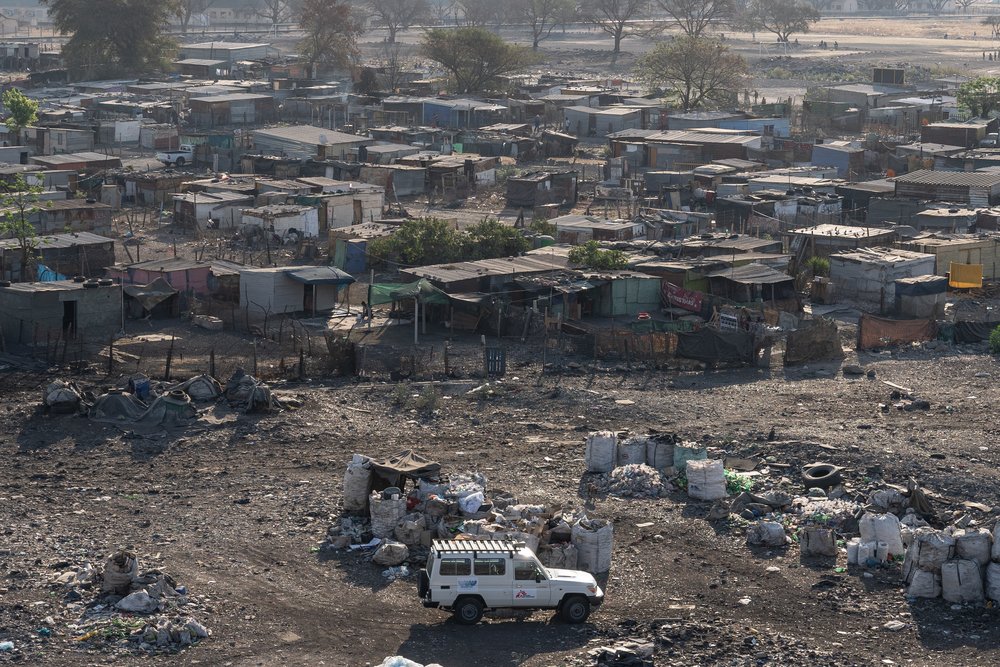 In 2015, an MSF survey of 800 women in the Rustenburg municipality found that one in four women had experienced rape in their lifetimes.

Tragically, 95 percent of women in the study had never reported their rape to a healthcare worker, many out of fear and shame, and limited knowledge about the importance of seeking immediate care.

South Africa is already known for some of the world’s highest rates of rape and femicide (female murder), with 52,420 sexual offences reported in 2018. However, the data suggests that this figure may be much higher.

As such, MSF’s drivers have received psychological first aid training on how to engage survivors with compassion while avoiding any secondary trauma.

The principles of psychological first aid, which offers first-line support to anyone facing a crisis, entails assessing the immediate situation, building trust and rapport with survivors and helping to link them safely with the next stage of care.

“You can imagine I am a man, and the lady has been abused by a man. She has to get inside the car, and sometimes I’m alone inside the car with her. So, you know how it feels,” says Lebo.

“You have to let her know that she’s in a safe place, she’s safe with you.” 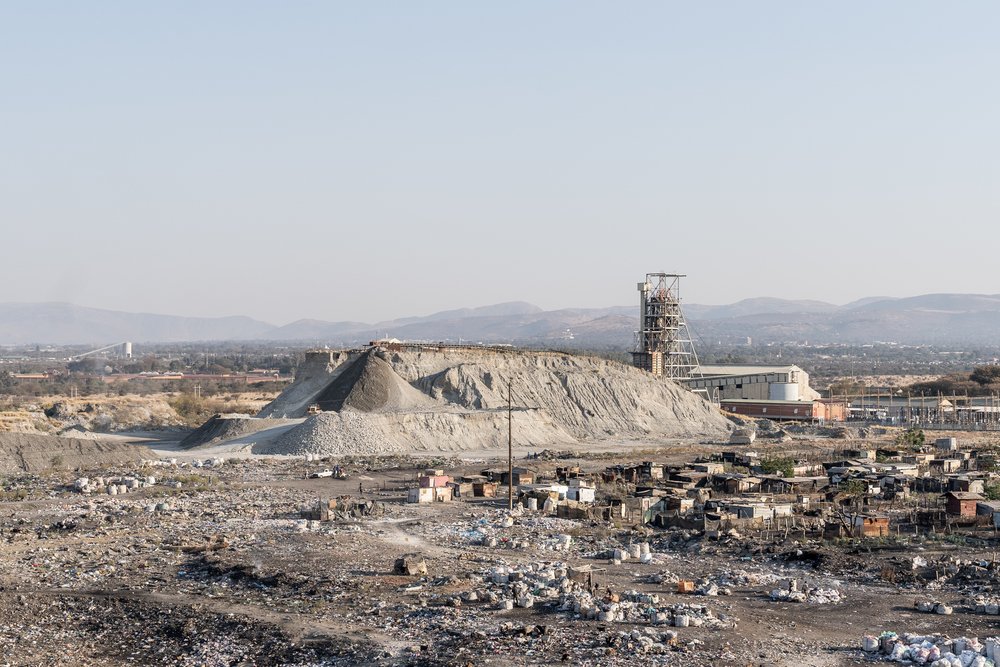 Tadeu Andre/MSF
A mine in Sondela, Rustenburg

“Try to be strong”

For survivor Poppy Makgobatlou, from Babong district in Rustenburg, her first encounter with an MSF driver left a lasting impression.

After many years of abuse from her now ex-husband, Poppy finally gathered the courage to seek help from MSF. After logging a call with the 24-hour hotline for survivors to report her case, an MSF driver came to collect her.

“I was crying, then he said to me: ‘I don’t know how much pain you feel, I cannot tell you it’s going to be okay, because I don’t know for how long have you been living like this, but what I can tell you is just try to be strong’,” says Poppy.

As awareness of the Kgomotso care centres grows, an increasing number of survivors are seeking support.

In 2015, the first Kgomotso care centre in Rustenburg treated 62 cases of sexual and gender-based violence. This number had grown to a total of 1,266 new cases between all four centres by 2018.

For Lebo and the other drivers, working for MSF and meeting survivors has changed their understanding of violence, as well as the role each of them can play in changing other men’s mindsets.

Beyond their day job, each driver is taking an active role in driving change in their communities.

OUR WORK ON SEXUAL AND GENDER BASED VIOLENCE >