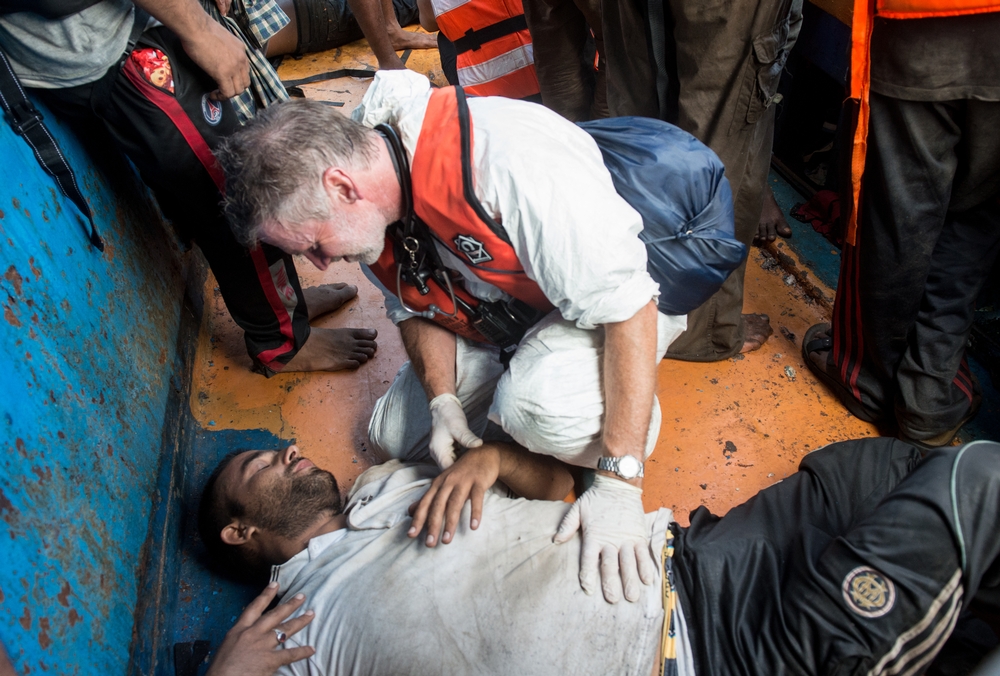 Yet Again, more lives lost in the Med

The reality of the migration crisis leaps out of Dr Simon Bryant’s diary from August 2015: “My thoughts immediately turned to anybody still below deck on the wooden boat.

"I proceeded there directly, clambering down through a small hatch at the rear. There was enough light from the small hatches, and my headlamp, to make out a tragic tangle of bodies. At that point training cut in and emotions took a back seat, though the adrenaline flowed. Moving forward I quickly checked each person still above the incoming water, sloshing around in the bottom of the boat, for signs of life.

"One day, two wooden boats, one rubber dinghy, one helivac, over a thousand people rescued by three ships, and fifty-two perfectly senseless deaths.

"The teamwork and effort involved were most impressive, but search and rescue isn’t any solution to this absurd and appalling Mediterranean mess.

"A journalist later asked me about the nationality of the deceased, noting that sub-Saharan Africans tend to end up below deck, on these boats. I felt a flash of quiet rage, at the question and the injustice. 'They were all simply people,' I managed to reply, 'whose nationality was of no consequence.'

May they rest in peace.”