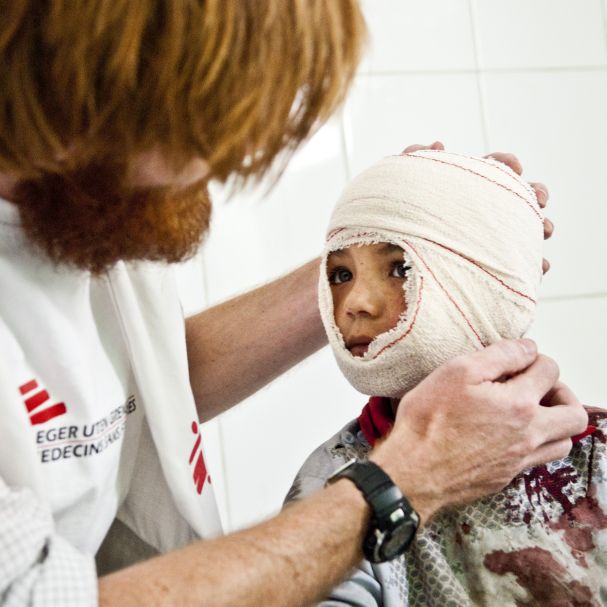 Following a bomb blast in the capital of Kunduz province in northern Afghanistan on Saturday, MSF treated fourteen patients in the organization’s surgical hospital.

The explosion occurred close to a market in central Kunduz around noon. MSF teams treated patients with blast-related injuries, including severe internal wounds, bleeding and burns.

"Patients started arriving at our hospital within five minutes of the blast. Two people were severely injured and needed immediate surgery, the rest of the patients were stabilised,” said Erwin Guillergan, MSF coordinator at the Kunduz surgical hospital.

In all locations where MSF is working in Afghanistan, a strict no-weapons policy is implemented to ensure patient safety and security.

For its work in Afghanistan, MSF relies solely on private donations, and does not accept any government funding.