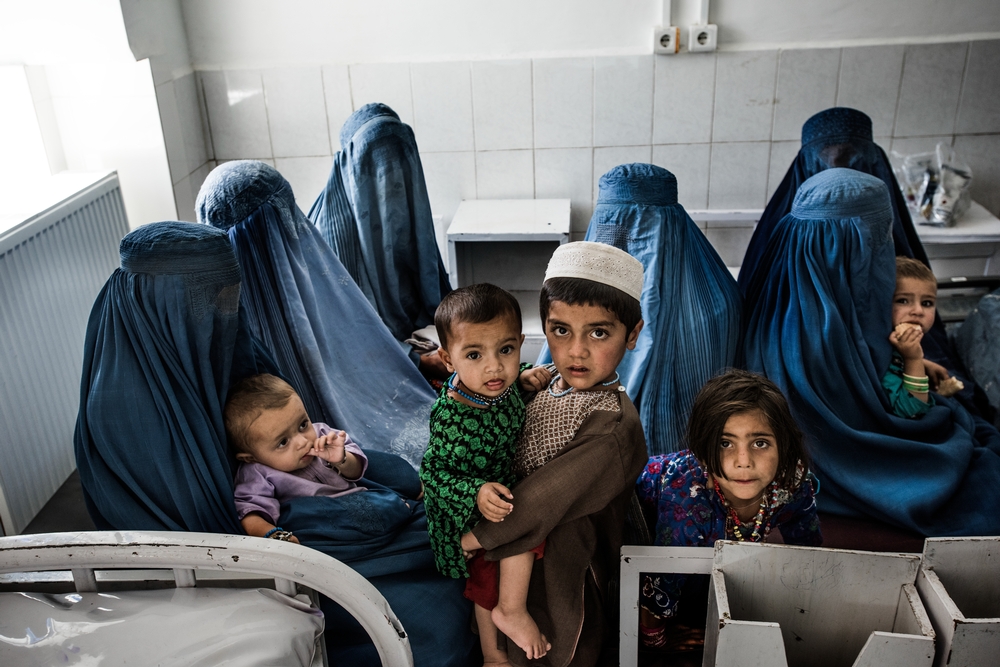 As fighting moves into districts surrounding Helmand’s provincial capital of Lashkar Gah, sick and injured are struggling to reach Boost Hospital, a 300 bed facility run by Médecins Sans Frontières (MSF) in partnership with the Afghan Ministry of Health.

Over the past decade Helmand province has consistently seen clashes between government and opposition forces. It is one of the principle barriers for people seeking life-saving healthcare.

“The intensification and proximity of fighting is clearly limiting access to the hospital,” said Guilhem Molinie, MSF's Country Representative in Afghanistan.

“In the immediate aftermath of fighting one in four patients are currently unable to reach our Emergency Room.”

Patients report that roads are blocked and checkpoints are delaying reaching the hospital.

In August, an average of 25 patients a day – mostly children under five – have been hospitalised in the malnutrition ward.  This is significantly fewer than usual for this time of year.

“Delays in treating malnutrition can stunt early childhood development and prove fatal. It is a main cause of child mortality in Helmand. Even without conflict-related delays, children often arrive at Boost hospital late and in critical condition.” 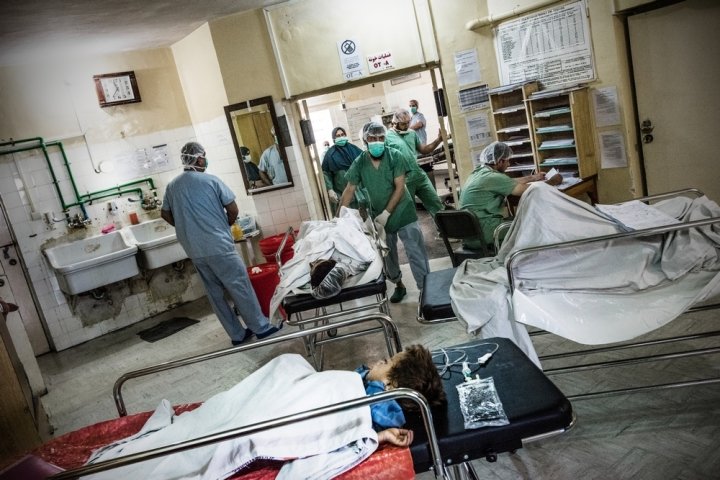 Kadir Van Lohuizen/Noor
Patients are prepped prior to surgery. Boost hospital is run by MSF in partnership with the Ministry of Public Health. It is one of the biggest hospitals MSF runs worldwide: 300 beds, 700 national staff, 25 international staff.

MSF has prepared a mass causality plan in case of a sudden influx of wounded due to the fighting, with materials stockpiled and triage protocols in place.

We will continue treating people regardless of their political, ethnic, religious or other any other affiliation.

MSF has shared the coordinates and the information related to all its facilities in Lashkar Gah with all parties to the conflict as it was done in Kunduz last year.

MSF has a strict no weapons policy and all people entering our hospitals need to place their weapons in a safety locker.

MSF started working in Afghanistan in 1980. In our projects in Afghanistan, both national and international staff work together to ensure the best quality of treatment.. MSF supports the Ministry of Public Health in Ahmad Shah Baba hospital in eastern Kabul, Dasht-e-Barchi maternity in western Kabul and Boost hospital in Lashkar Gah, Helmand province.

In Khost, in the east of the country, MSF operates a maternity hospital. MSF plans to open a multi-drug resistant TB diagnosis and treatment facility in Kandahar later this year. MSF relies only on private funding for its work in Afghanistan and does not accept money from any government.

find out about msf's work in afghanistan