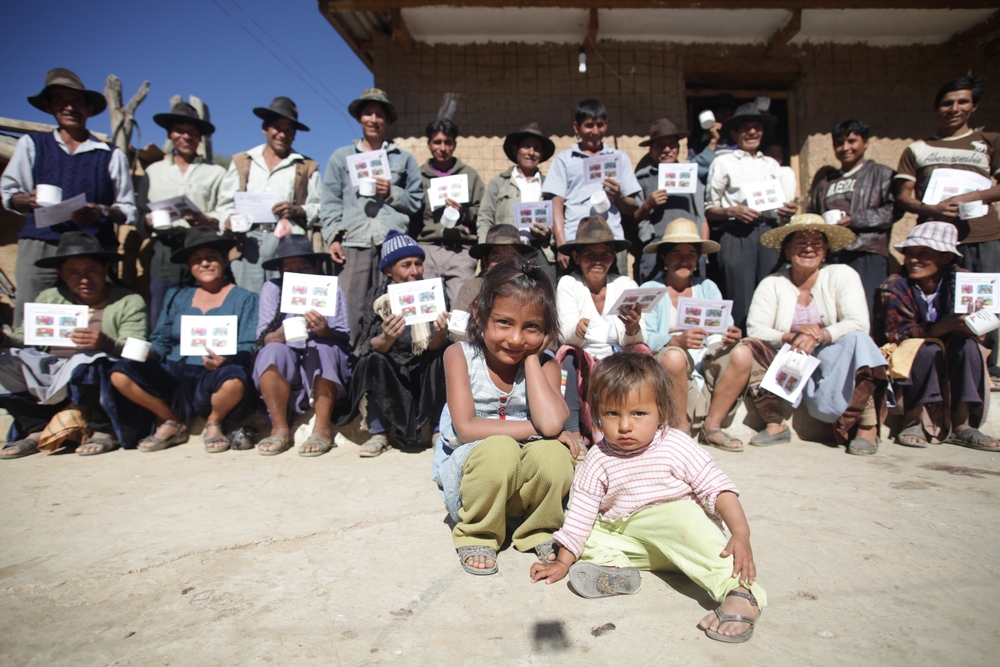 Chagas: No Excuses in Diagnosis

For the first time since Chagas disease was discovered 105 years ago, an independent study shows that various rapid diagnostic tests available in the market are highly reliable.

This is a turning point in the fight against Chagas, as it means we are able to diagnose patients without utilising laboratory facilities and thus scale up treatment to both endemic as well as non-endemic areas.

Out of the 11 rapid tests currently available to diagnose Chagas, six are highly effective, and there are no significant differences when it comes to their performance in different geographical areas.

These are the main results obtained from a multicentre study carried out by the international organisation Médecins Sans Frontières (MSF) in collaboration with the World Health Organization (WHO) since 2010.

The study is based on the analysis of 474 samples of serum –previously tested for the Triponosoma cruzi infection with conventional tests– in 11 national referral laboratories in Argentina, Brazil, Colombia, Costa Rica, Mexico, the USA, Spain, France and Japan.

“It is revolutionary. We can no longer say we don’t have rapid tests to diagnose Chagas, and therefore there is no longer an excuse for not treating the affected people,” explained Laurence Flevaud, MSF’s laboratory advisor and the study coordinator.

“According to the results, the tests work well worldwide, from Japan to America, passing through Europe. We have shattered the myths about the diagnosis of Chagas.”

With no independent studies showing the reliability of the available rapid diagnostic tests, the WHO has recommended diagnosing Chagas using two conventional lab tests, and using a third test in case of discrepancy.

This implies having a well-equipped lab and skilled staff. For the patients, this means having to wait weeks for the results of the tests after giving a blood sample.

“Thanks to this study we carried out together with the WHO Chagas Working Group, the recommendation could change in the coming months,” said Flevaud.

“Yet from now on, national Chagas programmes can improve a lot in terms of Chagas diagnosis and treatment, in line with the resolution signed in Geneva four years ago.”

MSF
In 2010, the World Health Assembly approved the Chagas Disease: Control and Elimination resolution, advocating for integrating diagnosis and treatment to primary healthcare for patients in the acute and chronic phases. However, the need to have referral laboratories to confirm the diagnosis of patients was a barrier to this integration. The new study breaks that barrier.

After this study, during which rapid diagnostic tests have been assessed under lab conditions, a second phase has started seeking to determine their reliability in the field in various countries.

From the results expected to come out by the end of the year, the best test or combined tests, depending on the region, will be found.

Chagas disease kills 12,000 people every year and between 7 and 8 million people are estimated to be infected with the disease. It is one of the main public health hazards in Latin America.

In recent decades, cases have also been detected in North America, Europe and the Asia-Pacific area, particularly as a result of population movements. Médecins Sans Frontières has been working on Chagas programmes since 1999.

The results of the study “Comparative evaluation of 11 commercialized Diagnostic Tests for detecting Tryponosoma cruzi antibodies in serum banks in endemic and non-endemic areas” have been published in the Journal of Clinical Microbiology.

Since early 2014, MSF has been providing technical support to the staff at the health facilities in the municipalities of San Pedro Pochutla and in Mazunte locality (Santa María Tonameca municipality), in Oaxaca State, to diagnose and treat Chagas patients. Prevalence rates amongst the population are estimated to lie within the 4%-12% range.

The project will last two years and seeks to develop a comprehensive care model within the health system that ensures the correct care for the patients and that can later be replicated in other endemic areas in the country so as to reach more people.

Bolivia: 12 years working in the country most affected by Chagas disease in the world

In 2002, MSF started its first Chagas project in Bolivia, the country with the highest Chagas prevalence in the world. For four years, patients up to 14 years of age were treated in the rural area of Entre Ríos, in the Tarija department.

Later, the organisation worked in the suburban area of two districts in Sucre. With the experience acquired, MSF worked in three suburban districts in Cochabamba town and then in the rural area aiming to integrate Chagas diagnosis and treatment into the health system.

MSF is still working in Bolivia, looking for innovative ways to treat the disease.