As countries around the world celebrated Father’s Day, we look at four common challenges fathers encounter when their families are forced from home...

One. Lack of Shelter

Lacking adequate shelter is a common problem for many dads and their families who have fled home.

In Iraq, we met a refugee father of four who fled Syria. He explained that his children became terrified when the conflict reached their village, so they fled to Iraq and ended up living with another family.

He told us: “We don’t have enough blankets. All my kids are sick because of the cold.

"We registered with everybody, filled the forms, all the papers are with me. But again the number of people is so big some people are living in the streets. The authorities and the organisations can’t cope with all the needs." 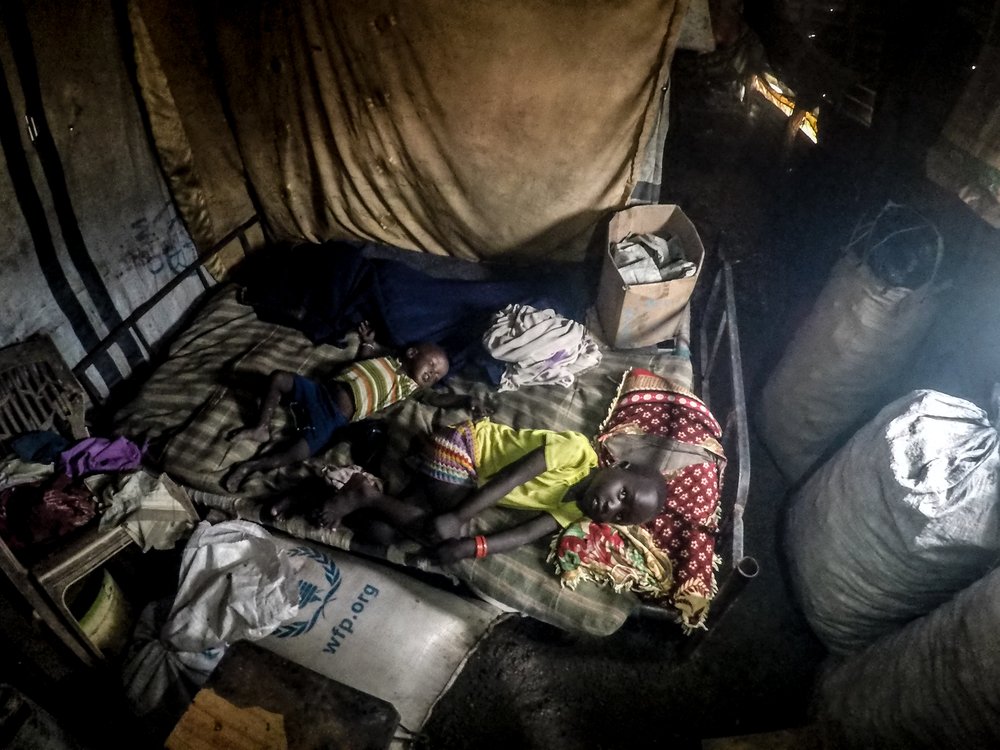 Raul Fernandez Sanchez/MSF
A house in which 8 people are living together, four of them are children.

South Sudan - a country ravaged by ongoing conflict - a father asked us to go into his family home and take pictures to show the world how are they living.

The picture above shows the interior of the home which shelters eight family members including four children. Behind the curtain is where the family cook. Rudimentary shelters offer little protection to families during the rainy season so conditions inside were muddy.

Fathers in refugee/displacement settings are also at increased risk of violence.

In South Sudan, women and children make up much of the displaced community, and many are mentally traumatised after seeing their husbands, fathers, and brothers killed amid the insecurity in the country. 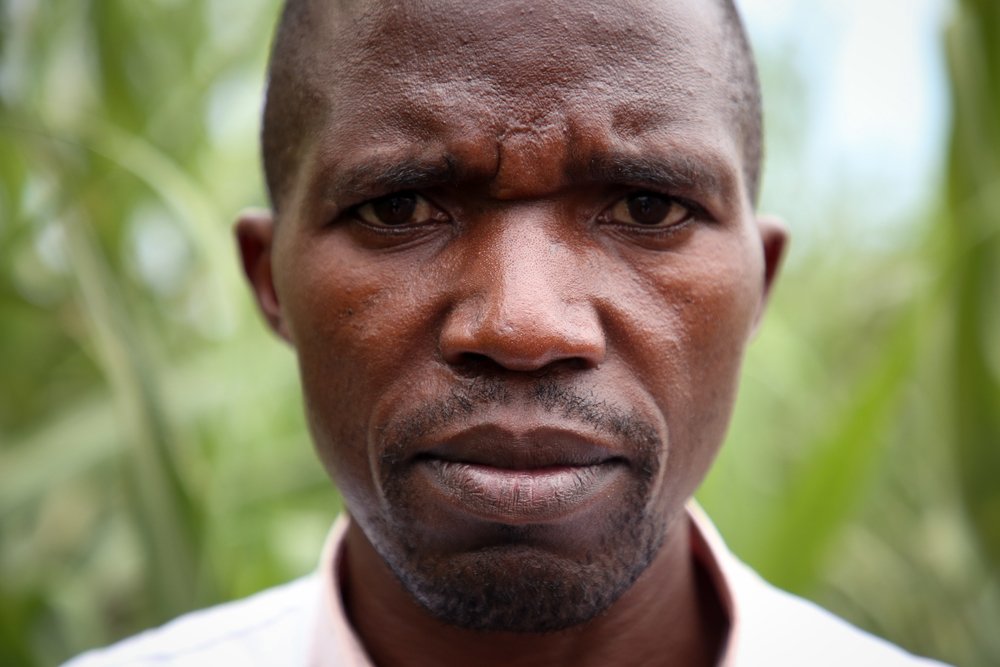 Sara Creta/MSF
“I started to work with MSF in 2002, I was working in Kitchanga during the war. It was really difficult for us there." Bulamba Kase Josué

He stayed behind to continue his work with MSF as a health promoter, assisting his community who were suffering from the impact of the war.​

He told us: “I remember there were guns shooting all around. The village was all burned, I remember seeing my house being destroyed.

“I lost everything. It was really hard. I had psychological support after this. I couldn’t sleep, I lost a lot of weight. I was waking up in the night as I was still feeling the gun shots.”

People living as refugees or displaced people are particularly vulnerable to exploitation and abuse.

Today in Libya for example, the detention system of migrants and refugees has become a thriving enterprise of kidnapping, torture and extortion.

Detention centres are often run by militias who profit from human trafficking. MSF teams have treated countless numbers of men who told us they were detained arbitrarily.

Many are told to phone their relatives asking for money, then they’re beaten until the requested money is paid.

Others who couldn’t secure money for their release described the forced labour they endured on construction sites or farms.

Ali, pictured below with his two sons Moustafa and Hamdou, lived in Libya with his wife and children but fled because of the extremely insecure situation for his family.

They undertook a perilous sea crossing as it was the only way to flee the country. 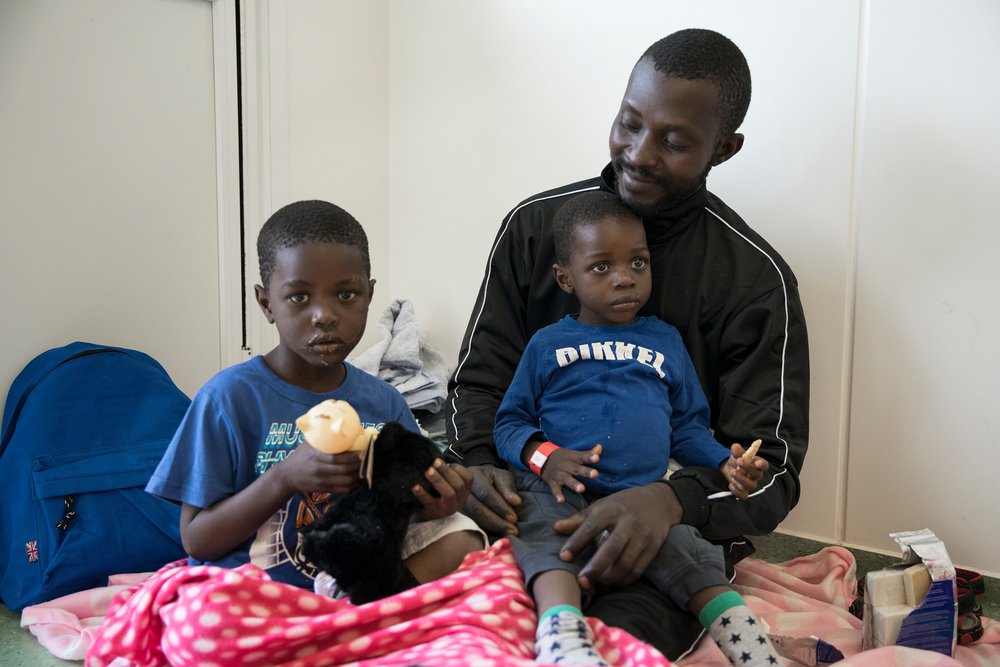 During their first attempt, the family was travelling on a very overcrowded rubber boat which started leaking shortly after setting sail, causing people onboard to panic. Ali’s wife was sitting in the middle of the boat and sadly died during the ordeal.

Ali and his sons were taken back to Libya, where they were kidnapped and held in captivity for a month. He recounted how he managed to escape with his children by breaking the glass of the building where they were detained.

Despite their first attempt ending in tragedy, they embarked again on a flimsy and overcrowded rubber boat to flee Libya as soon as possible. This time they were rescued by our search and rescue boat and taken to safety.

Tetanus is a disease that, thanks to vaccinations, has virtually been eliminated. But not in northwest Myanmar, the home of this little girl and her Dad…​

Late last year her family were among a staggering 600,000 Rohingya refugees who fled from Myanmar across the border to Bangladesh escaping an unprecedented level of violence. 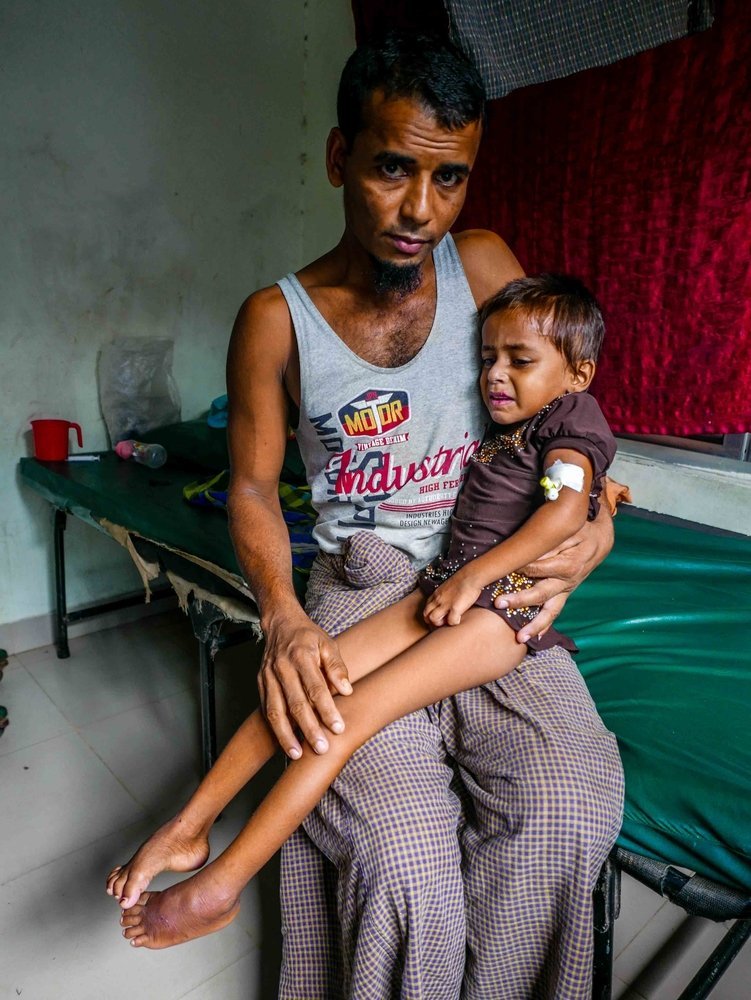 Like many distraught parents we see in our health centres, all her Dad could do was sit by her side as his daughter suffered for weeks from a disease that could have been prevented if the family had adequete access to health services.

By the time she reached our clinic in Bangladesh, she was suffering from painful spasms of the spinal muscles, lockjaw and inflexible limbs. Her condition was so serious that she was not expected to survive.​

“The father looked distraught. He didn't want to set off another painful spasm. I gently lifted the child onto his lap and told him to give her a cuddle.

“As we were about to leave, I glanced back at the little girl in her father's arms. I was astonished. The muscle spasm had reduced enough for her to bend her knees by 60 degrees. Her jaw was no longer clenched and she was smiling properly at her dad.

“I almost burst into tears. Love may not be a drug but it is as powerful as any medicine."

our work with refugees and displaced people >