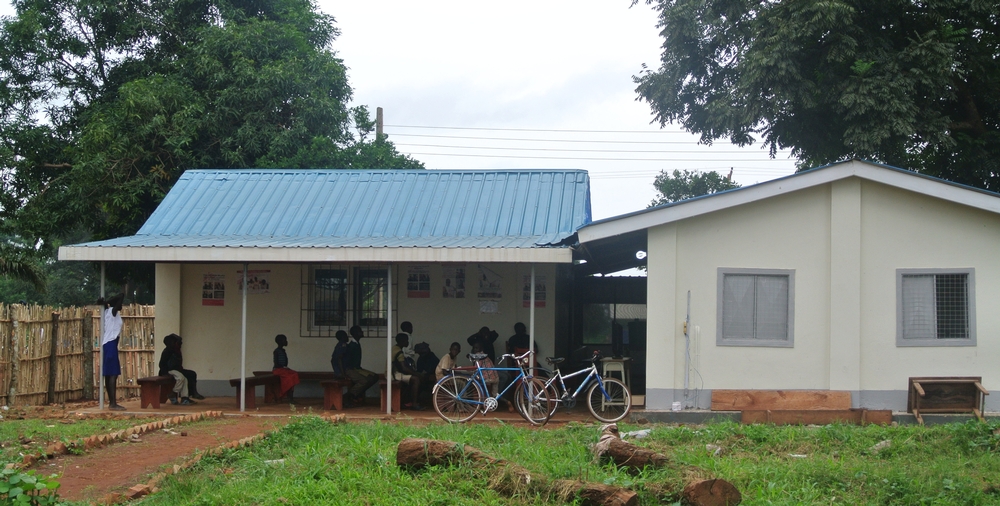 These are some of the data just released by UNAIDS on HIV/AIDS on sub-Saharan Africa in 2013, by far the area of the world hardest hit by the virus. But, in this broad area covering nearly the entire continent, we see very different realities.

As HIV & TB Technical Advisor for Médecins Sans Frontières (MSF), I have just returned from South Sudan, where I visited our project in Yambio, in Western Equatorial state.

MSF supports the national HIV/AIDS programme there, with a special focus on pregnant women and children under five years of age.

In general, the situation in South Sudan is the reality of many countries in West and Central Africa, where assistance to HIV-positive people is ineffective or nonexistent; and where conflict or political instability put existing and future programmes at risk.

In Yambio, only 26% of people in urgent need of treatment are receiving it. So, unfortunately, we still see patients arriving very late and in the most advanced stage of the disease, because they are not diagnosed and treated on time.

We also see that strategies that have been very effective in contexts of high HIV prevalence (decentralisation of patients care to rural areas, community support network to improve treatment adherence and to tackle the stigma, task shifting to allow nurses to start ARV treatment, etc.) are nonexistent in this context.

In fact, what I've seen in Yambio, is what we saw in Kenya and Zimbabwe more than 10 years ago. Back then, Zimbabweans and Kenyan HIV-positive people had no access to ART, neither to CD4 tests to start treatment or to viral load monitoring to diagnose treatment failure.

Moreover, they had to face high level of stigma and discrimination from the community. Nobody believed then it would be possible to provide ART in these contexts, but we did it, and with strategies that have even been adopted by the Ministries of Health today.

Patients queuing in the waiting area of HIV clinic in Yambio Hospital.

Some stories of hope

When I visited the HIV/AIDS clinic in Yambio Hospital, I sat down outside, in the waiting area and I decided to improvise a group session, with the support of a counselor that acted as a translator. Encouraged by my visit, the women who were waiting for the consultation explained their experiences of living with HIV.

One of the oldest, she said she was 49, told us her story. She was diagnosed in 2009 but could not start ART until 2010 (when the treatment was introduced in Yambio). The drugs saved her life in extremis; she was in the most advanced stage of the disease and had tuberculosis.

The change was amazing, she was able to walk and work again! But what really surprised the listeners was the unconditional support of her husband: “My husband had seven women and we all lived together in the same compound. When he knew I was HIV-positive, he also did the test and he was negative."

Today, five years after her diagnosis lives a normal life thanks to the treatment.

Unfortunately, these stories are still an exception. The clinical staff explains to me that many patients wait around the clinic but they don’t approach.

Jean-Christophe Nougaret/MSF
They wait until there are many people to go unnoticed; stigma is still there even if the situation has improved in the last two years, so they wait to avoid being identified as HIV-positive.

The vast majority of them have to walk for two or three hours to reach the clinic and follow the treatment, others have to start the trip the day before.

In Yambio, people with HIV can only be treated in the hospital; decentralisation is still a distant reality in Yambio and those patients living further away will probably never reach the hospital.

What was effectively launched is the Prevention of Mother to Child Transmission (PMTCT) Programme. It is running with a lot of difficulties –for example, the test to know if the baby is infected with the virus is not available and samples must be sent to South Africa– but with good results.

More and more mothers, after 18 months, know their children are HIV-negative and they encourage others to follow the programme. In fact, these mothers are one of the few support groups that exists. PMTCT should be a key priority of any HIV programme, as it saves a person a lifetime of HIV.

A long road ahead

The South Sudanese government is currently working on a proposal to present at the next round of the Global Fund to Fight AIDS, Tuberculosis and Malaria, a crucial process to get the necessary funds for the HIV/AIDS programmes in the country.

South Sudan has some of the worst health indicators in the world, and erratic or almost nonexistent health services in some areas.

Furthermore, the conflict devastating the country since last December exacerbates an already delicate situation; several of the states most affected by the conflict have some of the highest HIV prevalence rates in the country.

Realities such as the one we see in South Sudan are also common in other countries where MSF works, such as Chad, Democratic Republic of Congo, Guinea, Nigeria, Central African Republic, Cameroon, Niger and Mali. These are countries that have not benefited from the global revolution in the fight against HIV/AIDS.

For there to be more stories like the one of the woman I met in Yambio, MSF is pushing UNAIDS to implement a three-year plan specific for these contexts. We want to see a commitment to achieve in these countries what we already got in Kenya, Malawi, Mozambique and many others places, where we have seen a big increase in success stories.

Find out more about MSF's work with HIV