Liberia: It only takes one bite

In the MSF Children’s Hospital in Monrovia, Liberia, critically ill children are treated year-round. Many suffer life-threatening complications of malaria—like Paul B. Morris Junior, who arrived unconscious. Paul’s mother Lydia and the team who treated him share step-by-step what happened next.

Ten-year-old Paul B. Morris Junior had been unwell with malaria for a number of days.

His grandmother had taken him to a local hospital, and he’d been prescribed medicine, but he continued to complain that he felt sick.Then he fell unconscious.

"Malaria, spread by the bite of a female Anopheles mosquito, is the number one cause of illness and death in the west African country of Liberia"

“I met him at the back of the house, lying down, you know, [his body] jerking”, she says, a tell-tale sign that the malaria was not only severe, but possibly already affecting his brain.

Malaria, spread by the bite of a female Anopheles mosquito, is the number one cause of illness and death in the west African country of Liberia.

Malaria occurs year-round, and people can suffer repeated attacks throughout their life.

If left untreated, or not treated properly, malaria can cause severe and life-threatening complications, especially in children. 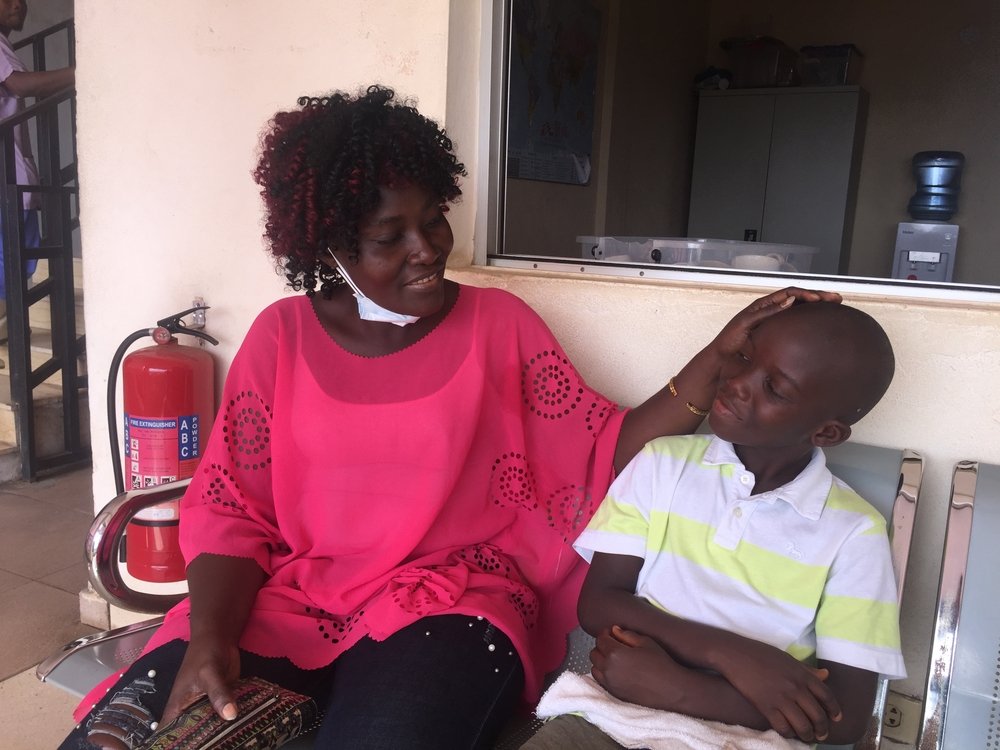 Tim Pont/MSF
Paul B. Morris Jnr and his mother Lydia reunited with physician assistant George and nurses Jolena and Roseline, some of the staff who cared for him in the MSF Children’s Hospital, Monrovia, when he was critically ill with cerebral malaria. November 2020.

Cerebral malaria is one of the most dangerous.

Young Paul, normally so quick to laugh, so happy learning how to read and playing football, was now comatose, his future uncertain.

Opened in 2015, the hospital cares for severely sick children and young infants in Liberia’s capital, Monrovia. All the services are free.

In the emergency department triage, Paul was seen by a nurse and nurses’ aide who took his vital signs, confirmed his critical state, and sent him through to the “red bed”.

The red bed in the emergency room is not just a bed.

It’s surrounded by a host of emergency care machines, materials and medications that allow the medical staff to assess, treat and stabilise critical patients as efficiently, effectively and quickly as possible. 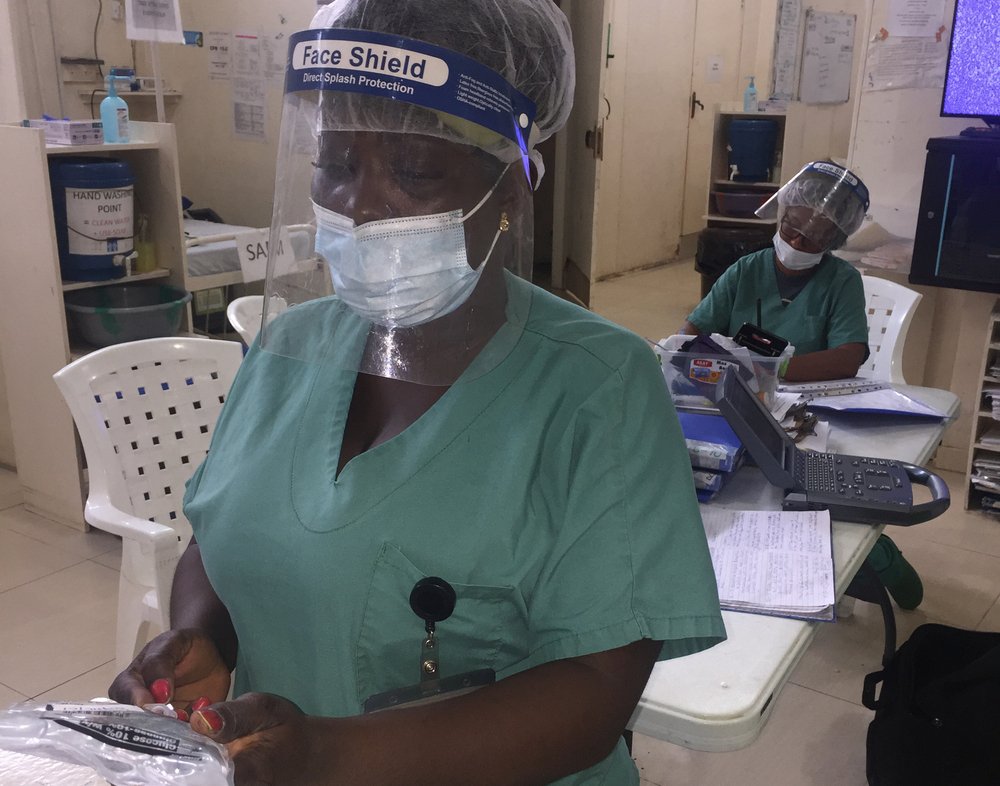 For Paul, this meant having a tube inserted intravenously to deliver diazepam to reduce his convulsions; a finger-prick for the rapid diagnostic test to confirm his malaria and his low level of haemoglobin (the protein that carries oxygen through the blood), an indicator of anaemia.

It also meant being hooked up with a face mask to receive oxygen therapy, and being started on anti-malarial and antibiotic medicines to treat the malaria and the fever.

Only then, stabilised and with his treatment underway, could Paul be admitted to the intensive care unit, or ICU.

Roseline Biago, an ICU nurse at MSF’s hospital, has worked alongside her colleagues treating many patients with cerebral malaria.

Typically, they arrive unconscious, convulsing, with a persistent high fever.

Additionally, “Some of them will be talking off their head, sometimes they will be hallucinating—the parents or caretakers will be concerned about what is happening,” Roseline explains.

In Paul’s case, he became highly combative, fighting off the staff.

"The most severe malaria patients in the hospital can take up to a week to regain consciousness, and only then may they be moved out of intensive care to the general paediatric ward for the final stage of their recovery"

For his mother Lydia, this was a particularly confronting sight. “I began to cry,” she says.

“[But] later on when I saw the movement of the nurses, the doctor and the PA [physician’s assistant], I became relaxed. The whole team came over to him, started fighting to stabilise him, checking the blood pressure, checking his heart rate and things."

"I gained courage. I sat down and I just started looking at them: Roseline, Victoria, PA George.”

Nurse Victoria Pewee could see how worried Lydia was.

But for the medical team, parents and other caregivers can be an important factor in providing good quality care.

So Victoria encouraged Lydia to get involved in the treatment plan, telling her: “Come and report anything abnormal you observe, so that we can be able to take an intervention right away."

"Maybe if the patient has diarrhoea or a fever—though we are checking all the time—or the child is vomiting, you will be able to tell us. Because sometimes, at that point, you are there.” 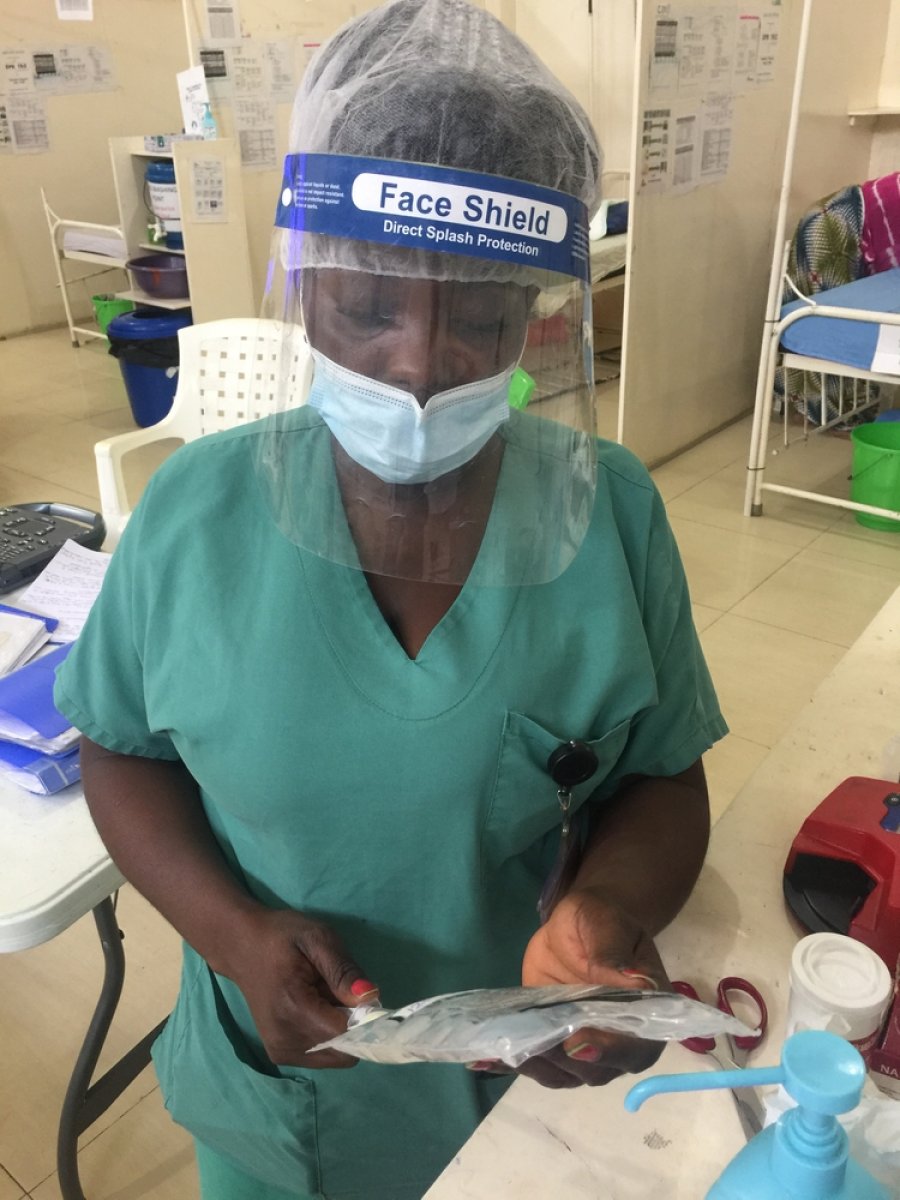 Lydia’s hope, and confidence, was bolstered.

“Each time I asked a question they were willing to answer me, to make me understand.”

Still unconscious in ICU, unresponsive to anything but intense stimuli such as a pinch of his fingertip, Paul’s intake was limited to intravenous fluids to avoid dehydration and low sugar levels, as anything more could have destabilised his condition.

His convulsions were lessening however. As his level of consciousness improved, the paediatric consultant, Dr Tim Pont, advised Paul could now start feeding through a naso-gastric tube.

The neurological effects of the malaria meant that Paul stayed combative for several days. Lydia recalls how he slapped a nurse aide, and kicked a doctor.

She held him, and talked to him.

She said, “Paul, don’t be afraid of these people, you are not well, that’s why I brought you here. These are the people who look [after] you, so you’ll be well. They are your friends.”

The most severe malaria patients in the hospital can take up to a week to regain consciousness, and only then may they be moved out of intensive care to the general paediatric ward for the final stage of their recovery.

By Paul’s fourth day in the ICU, the anticonvulsants had worked and he was now calm.

As his consciousness returned, Paul began to respond to people’s voices.

Nurse Victoria describes how they coaxed Paul to talk. 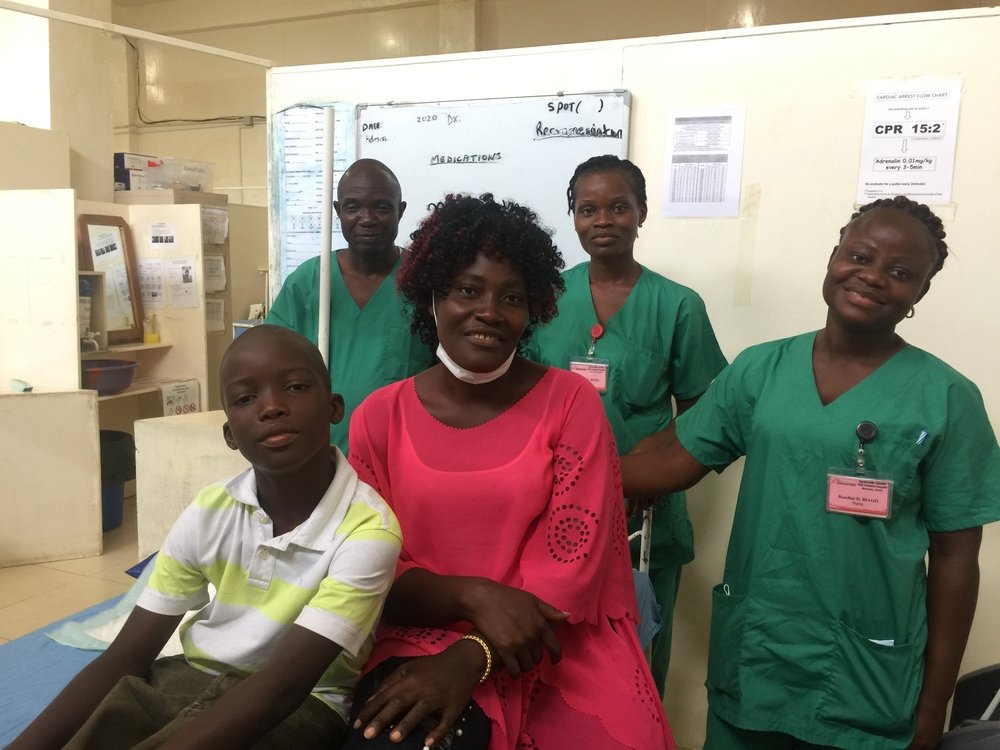 Tim Pont/MSF
Paul B. Morris Jnr and his mother Lydia reunited with physician assistant George and nurses Jolena and Roseline, some of the staff who cared for him in the MSF Children’s Hospital, Monrovia, when he was critically ill with cerebral malaria. November 2020

“Little by little I said ‘Paul, say yes, answer, do you wanna eat?’, and he’d say ‘Mmmm!’. And I'd say, ‘No, say yes properly’, because we were trying to see how well he was oriented. And little by little, he could talk, he became alert, he wanted to eat and could tell us that he wanted to eat.”

George Tengbeh, the physician’s assistant on Paul’s medical team, has one word for Paul’s recovery: “It was dramatic! Seeing a child that is almost unconscious, and becoming semi-conscious… from there he became conscious, he became alert and started communicating."

The team was elated.

"For the team at MSF Children’s Hospital, the children suffering complications of severe malaria are a constant reminder of the importance of prevention, and early diagnosis if a child is showing signs of the disease"

Four days after being discharged, Paul sat school exams in English and maths.

Lydia said, “I sat right beside him, I told them, ‘I’m not leaving from his side’. He did well.”

Prevention is better than cure

For the team at MSF Children’s Hospital, the children suffering complications of severe malaria are a constant reminder of the importance of prevention, and early diagnosis if a child is showing signs of the disease.

Insecticide-treated bed nets are one of the key pillars of prevention, especially in children under five, and though their use in Liberia is growing less than half of this age group currently sleeps under one.

In health education sessions inside and outside the hospital, MSF encourages caretakers and parents to always use mosquito nets at home.

Bed nets are provided on admission to the hospital, to keep.

The health education also includes information about how to recognise that a child is ill, and how dangerous convulsions can be without medical care.

For people who are worried about the cost of treatment, nurse Victoria sums it up: “We always tell them ‘you are at the right place’, because MSF is free.”

The MSF Children's Hospital in Bardnesville Junction, Monrovia, treats children under the age of 15 for a wide variety of medical conditions, with services including paediatric surgery.