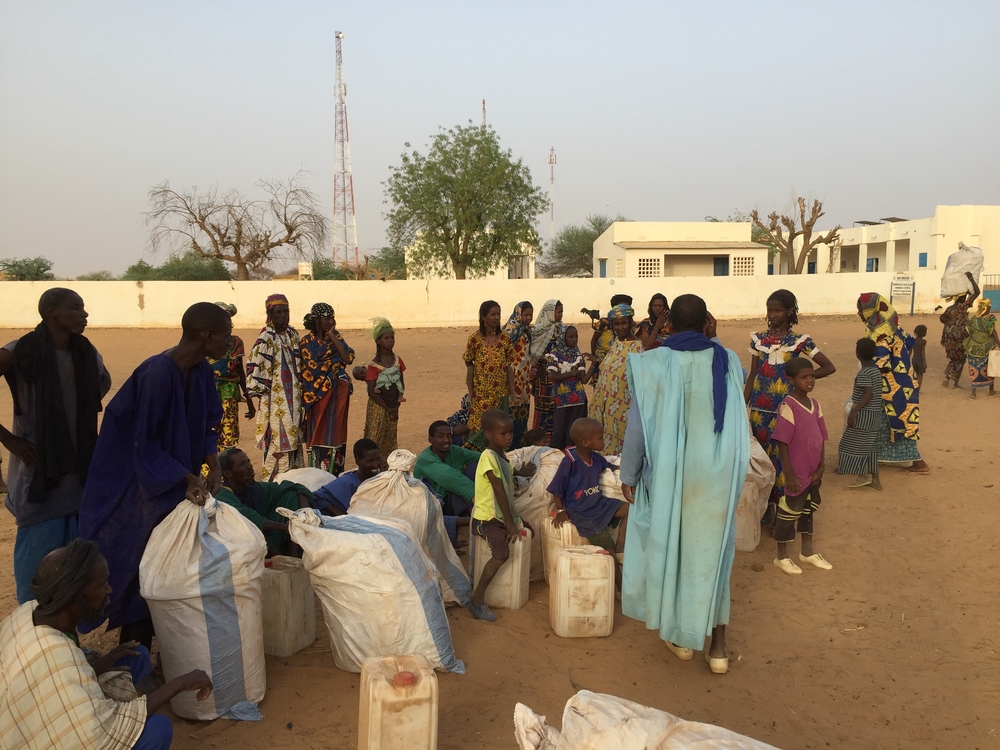 Patrick Irenge has been MSF’s medical coordinator in Bamako, Mali, since September 2017. While this West African country has been facing a political and security crisis since 2012, violence has intensified in the central region and is seriously affecting the civilian population. Patrick describes how this insecurity has created an unprecedented humanitarian crisis and reviews MSF's emergency response, alongside the organisation's regular projects, to assist the most vulnerable people. 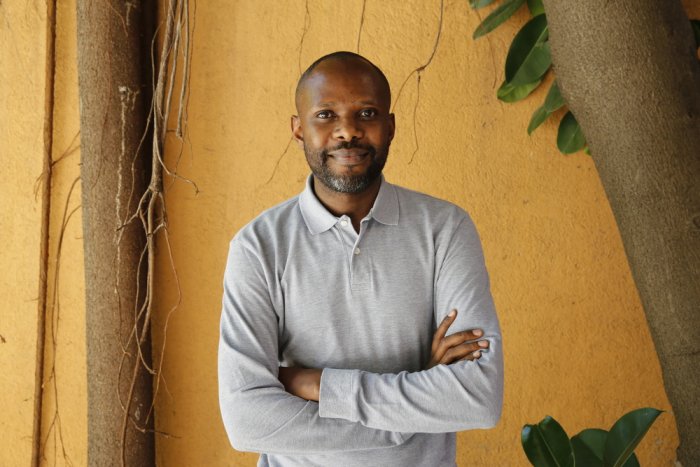 The crisis in northern Mali has been ongoing since 2012 and is not getting any better, having intensified in the centre of the country. What is the situation like now?

In Mali, a climate of violence has been established in the daily lives of people in the centre and north of the country. In the centre, security incidents and intercommunity conflicts have been on the rise for over a year; the massacres in the village of Ogossagou (March 2019) and more recently the village of Sobane (June 2019), killing 160 and 35 people including 24 children, respectively (data from June 17) are the tragic proof of this. The heavy toll of these attacks has generated international media coverage and prompted widespread indignation but unfortunately, whilst the astonishing violence of these deadly events is unusual, they are just the latest two examples among a multitude of others. Currently, the region of Mopti suffers security incidents on an almost daily basis. The most alarming thing is that these incidents are increasingly affecting the civilian population, creating a climate of insecurity, fear and mistrust with even more disastrous consequences.

In this respect, what is the impact of this violence on the humanitarian situation? What are the greatest needs of the people living in the worst hit areas?

First, we must remember that in central and northern Mali, a large majority of the rural population lives very modestly, surviving on agriculture and livestock. They already face hardship associated with the rainy season and lean months. Now, added to these seasonal difficulties is the population's lack of mobility, with some communities now completely unable to move. This immobility is caused by people's fear of taking a road mined and the presence of armed actors in the region or by the fear of crossing the hamlet of another ethnic group. As a result, entire villages are literally hemmed in; their inhabitants can no longer carry out their usual economic activities and no longer have access to primary healthcare. Our teams in Douentza, and in daily contact with the community, also bear witnesses to this immense struggle to access care. Another problem is the increasing number of displaced people who have fled violence. These families have often left everything behind (belongings, livestock, etc.) and live in makeshift shelters or host communities, left to cope on their own with no hope of returning to their homes. Generally speaking, the needs of the affected and displaced populations are numerous: food, healthcare, basic items, shelter, protection and access to water. And, unfortunately, humanitarian aid is insufficient because providing regular aid is very difficult or almost impossible in the most remote areas. 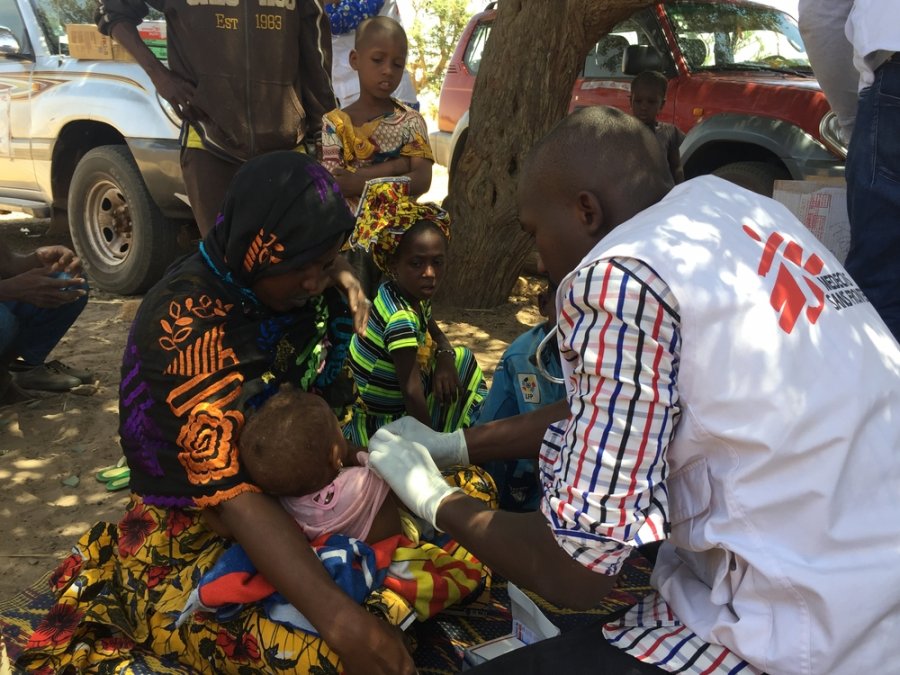 On the health front, what are the most glaring signs of the deteriorating humanitarian situation?

There are several alarming signs. An obvious indicator is the late arrival of a large number of patients to the health structures. Far too many are waiting to be seriously ill before deciding to seek medical assistance. We are also seeing an increase in cases of malnutrition that are directly linked to the decline in economic activities which allow families to meet their basic needs. Many pregnant women can no longer attend health centres for ante-natal care and are often forced to give birth at home, increasing the risk of complications and deaths at the community level. Children also suffer serious consequences as they no longer have access to routine vaccinations or other preventive treatments such as seasonal malaria prophylaxis. As such, they are dangerously exposed to several life-threatening diseases. In some remote villages our teams have treated children who had never even been vaccinated, which would suggest that some people have not had access to medical care for years. There is also a sharp increase in psychological disorders among people who have suffered and fled violence or who fear impromptu attacks.

How is MSF responding to this situation?

In parallel with the medical structures we support, MSF has intensified its emergency response activities since May 2018. We monitor how people's needs are evolving across the country everyday thanks to the presence of our teams in the field, an alert management system; we also launch exploratory and evaluation missions on the spot to quickly identify large population movements and other serious situations. Our teams do this through mobile clinics which generally provide curative, preventive and psychological care and, where required, distribution of essential items. These targeted interventions enable us to come to the aid of the most vulnerable and to temporarily protect their health despite insecurity. This is a strategy that we also use in our regular projects. We call them "one-shot" clinics: as soon as a safety window, such as a temporary lull in violence a specific area opens up, we deploy a team that can provide the maximum level of care on the spot, including crucial preventive treatments and vaccinations. Sometimes there are more than 180 consultations in one day. 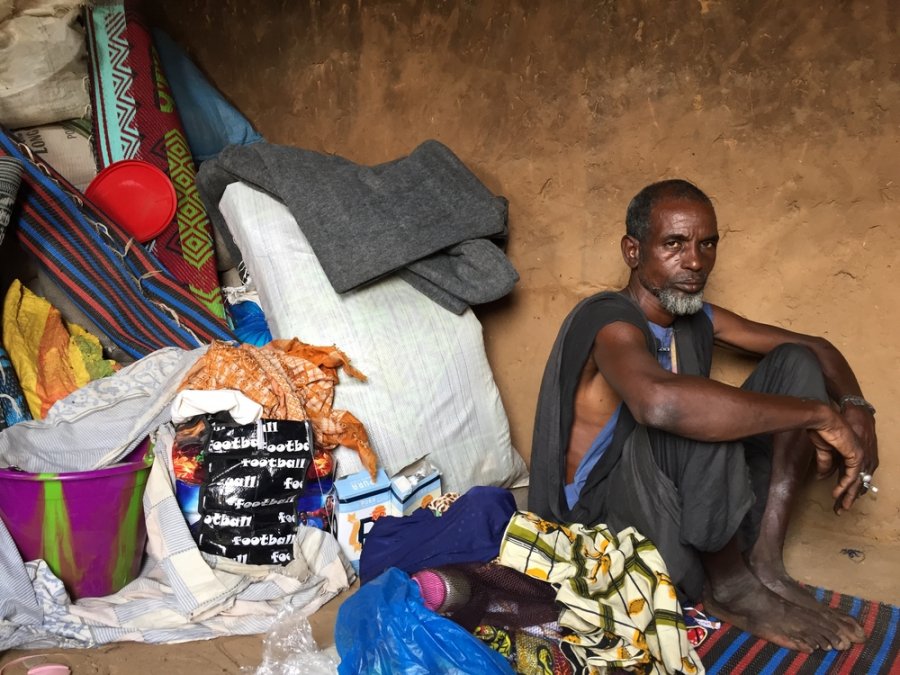 You mention the "one-shot" mobile clinics. Has MSF adopted other strategies to address the problem of access to populations?

Our identity –a neutral, impartial and independent organisation– and our acceptance have allowed us and continue to allow us to reach particularly difficult areas. But since insecurity is an unstable and highly unpredictable variable, MSF has indeed been pushed to adapt operations to the conflict situation in central and northern Mali. One strategy has been to involve the community more in the management of certain diseases through the training of community health workers and the provision of medicines. For simple pathologies, such as malaria or diarrhea, patients are now cared for within their communities rather than in a health centre. These community health workers are also trained to monitor pregnancies and to detect signs of malnutrition and other serious illnesses in order to refer cases on time. This method of decentralisation has also been applied in nomadic communities who, because of their lifestyle, have limited access to health facilities. So when this population moves to track the livestock feed requirements, community health workers from the community follow suit and continue to provide health care. Another important aspect, on which we focus our efforts, is vaccination because in a situation of conflict it really helps to strongly reduce mortality in children. 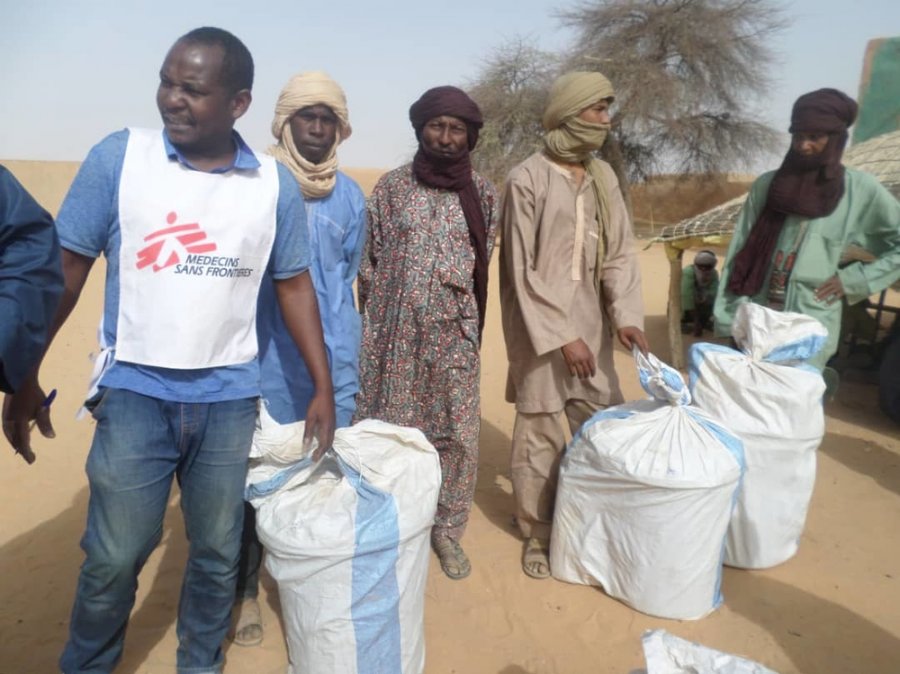 Oumar Touré/MSF
MSF provided medical care and distributed NFI kits to 2,000 displaced people in Tina-Hama who had fled the village of Amalawlaw and surrounding areas.

What are MSF's biggest concerns for the coming months?

At the moment we are worried that the insecurity will continue to intensify, inevitably depriving more and more people of access to healthcare and essential items. Besides, as mentioned previously, Mali faces a number of challenges on a cyclical basis. For example, the rainy season that has just begun will bring its fair share of problems, such as peak malaria season, flooding, deteriorating road conditions and thus the accessibility of communities. There is also a risk of lack of food because insecurity has significantly restricted farming activities. The difficulties that the Malian population will face in the coming months are more serious than in previous years. Our teams are ready to respond to this thanks to the stock of materials and medicines we have pre-positioned in Bamako and in our projects and a team that is really specialised in these types of emergencies”.

For several months Médecins Sans Frontières (MSF) has been intensifying its medical activities in Mali. Despite the difficulties related to the security context, MSF has launched emergency interventions mainly in the central region to meet the important needs of the population. Mobile clinics have been deployed to provide curative, preventive and psychological care to communities affected by violence who no longer access to health care. The increase in the volume of operations reflects MSF's focus on assisting the most vulnerable populations worldwide. Unfortunately, this increase is also the sad indicator of an alarming humanitarian situation that is deteriorating day by day.

OUR WORK IN MALI >