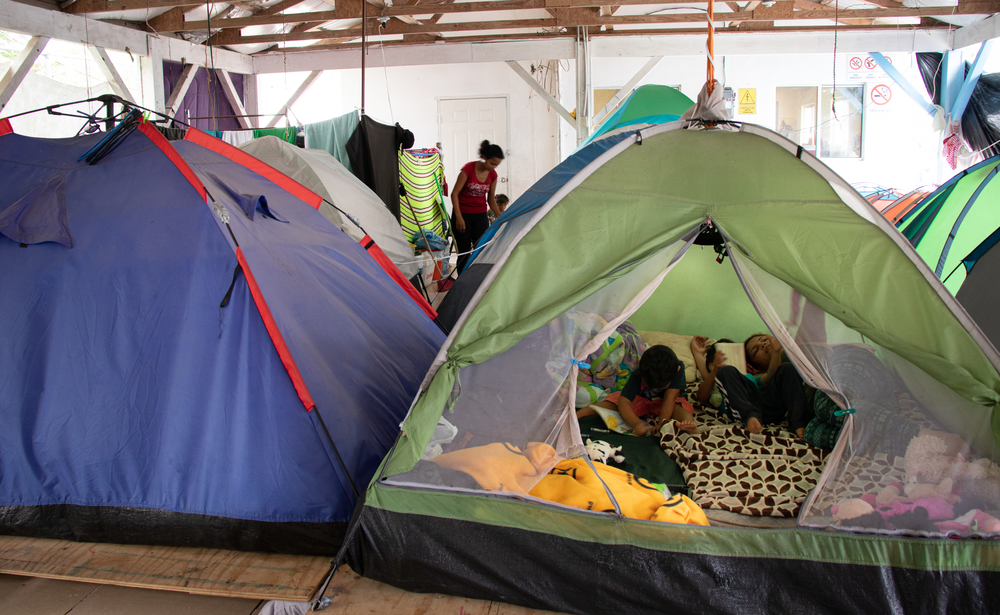 Carol Bottger just spent a year in Mexico working with Médecins Sans Frontières / Doctors Without Borders (MSF) as a medical coordinator for our projects there. She has worked with MSF since 2011, including assignments in Central African Republic, Niger, India, Colombia, South Sudan, and Sierra Leone. In this interview, she discusses the impact of regional migration policies on the patients MSF cares for along the transit route through Mexico. She describes the threat of violence facing migrants and refugees, as well as local communities in parts of the country.

Since you arrived in Mexico a year ago, there has been a frontal attack on migrants and refugees through newly established policies by the United States, Mexico, and governments in Central America. How have these policies affected the patients MSF treats?

A year ago, we began to see a change in the composition of migrants, with more families, more women, more unaccompanied minors—which makes medical care more complex. To this group of patients, we must add the profile of deportees, who are more numerous now. Some have been in the US for 5, 10 or 20 years and suddenly find themselves deported at the border, without any social or family ties in Mexico. Many have chronic health problems, or have been transferred from jail to the border. In many cases, it could be said that they are suffering from post-traumatic stress. 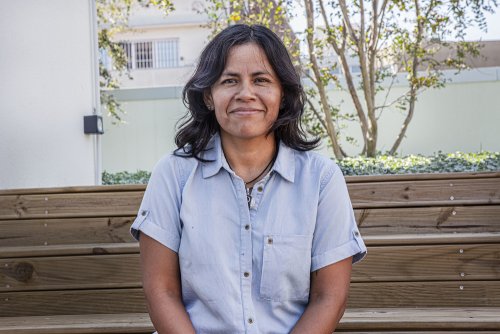 MSF
Carol Bottger, Medical Cooordinator for OCBA's Mexico Mission
And now we must also add the profile of people who have experienced it all: violence in their country of origin and in transit. And then, some of them who have reached the United States and been returned under the programme known as “Remain in Mexico”—or, more cynically and officially, the Migrant Protection Protocols (MPP)—suffer from acute, very intense stress. They are in fear of reliving the horror they have just experienced, precisely when they thought they had left it behind and achieved a certain level of safety. They suffer from the uncertainty of returning to a very violent place, where the threat of being quickly captured by organised crime is very real, and being kidnapped, extorted, etc. They also fear being returned to an unknown city in Mexico, because they are often returned 1,000 kilometres away to a completely different city, where they had never planned to end up.

The complexities and differences between these different groups of patients are vast, with one common denominator: their suffering is universal.

Over the past year, MSF has expanded medical care to both the southern and the northern borders of Mexico due to the US government’s policies. What are some of the issues you see facing patients particularly on the Northern borders between Mexico and the US? 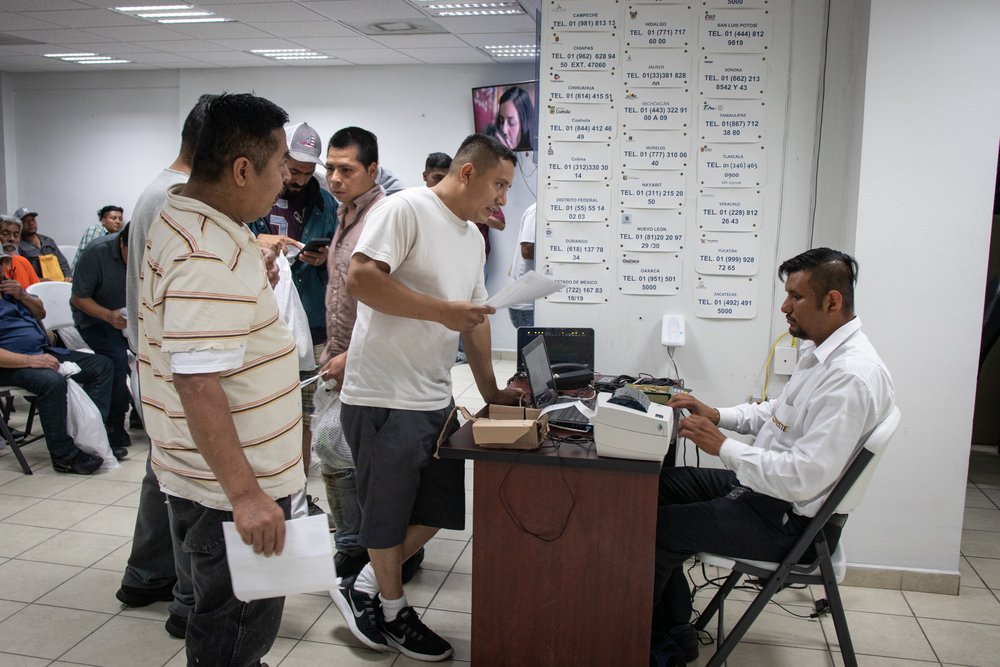 MSF/Arlette Blanco
MSF patients have respiratory or stomach issues that could be the consequences of being held in cold, overcrowded spaces before being returned. In addition, MSF has witnessed mental health issues caused by what patients experienced in their countries of origin, along the migration route and during their deportation process.
When the migrants reach the southern borders between Guatemala and Mexico they are coming from a situation of violence. However when they reach Mexico, their feeling is that of expectation, they have managed to leave and get to Mexico at least. The majority know that a much more dangerous trip in Mexico is about to start, but they still hold on to that expectation. When we see them on the Northern borders, this threat of danger has materialised and it exceeded what they imagined, with much more serious consequences, both on the physical and psychological levels.

What are the dangers of the new restrictive migration policies?

Before, migration routes and flows were “known”. Now, in the face of such repressive policies, these flows have not diminished but they are becoming invisible. Migrants are becoming more invisible and therefore much more vulnerable. They have changed their usual places to cross the border or places of arrival in communities. They have changed their means of transport. People are more vulnerable when they feel persecuted: they are going to fear becoming visible when they need to go to the doctor, for example. They will gravitate more towards human trafficking networks. These are policies of persecution, policies that kill.

What surprised you when you arrived in Mexico?

The first thing that surprised me was to find Mexico City was quiet, compared to what I had read. But what soon caught my attention, and what I carry with me, was to discover that where we are working today, in migration projects and in areas like Guerrero, the population does suffer a very serious situation of violence, with such severe effects on their health I would never have imagined. I’ve heard stories that sometimes keep me awake at night.

MSF has a comprehensive care centre in Mexico City for patients who have suffered from torture or extreme violence. What is your work like in the Centro de Atención Integral (CAI)?

The vast majority of our patients are migrants who have suffered terrible situations of violence in their country of origin and/or during their journey. Most of them are identified in southern Mexico, and MSF supports their movement to the capital, where the centre is located.

Our aim is to alleviate suffering and help them to recover physical and mental functionality to continue their journey or personal project. That is why we feel very satisfied when a patient wants to leave after an average of six months. That is a success. All of our patients are in need of protection. Many of them belong to the LGBTI community. Some have suffered torture or even mutilation, trafficking, confinement, kidnapping and extortion.

Most patients suffer from severe mental health effects, with a somatisation of these problems that require attention, and others also need specialised care for the physical violence suffered. I remember a woman we managed to offer reconstructive surgery. Her physical pain was alleviated as well as her psychological suffering. The patients’ medical and mental health issues are usually very complex, requiring many consultations and time to heal. To this we must add that patients are almost always accompanied by their family members, whose mental health can also be moderately or severely affected.

In addition to projects with migrants, MSF has projects in areas with high rates of violence in Mexico, such as Guerrero state. Are you planning to reach out to other areas?

We are looking to provide medical aid in violent places with high crime rates. We are present in Guerrero, but we are also going to try to reach out to other places, like Michoacán, where there are needs detected for people who experience violent peaks due to attacks and/or confinement situations.

We work with mobile clinics and intervene for varying periods of time offering comprehensive care: medical and psychological care and referrals. Each intervention is different because each population or violent episode is different, with different access to health services depending on the area. There are mobile clinics that arrange to go to a place and will remain for six months; in others, they stay four months; or there are places where a single intervention may be enough.

Do you see a connection between MSF’s projects for migrants and the ones carried out for victims of violence in Guerrero and other places?

These are victims of violence and victims who lack protection. I remember some people in Guerrero, a family made up of only children, whose parents probably disappeared because of organised crime. They were victims of sexual violence. The older sister, age 14, was forced into sex work to support her siblings. We managed to offer them some protection, with an aunt, as well as offering them some self-care techniques. A lack of protection is common. We met many people from Guerrero on the northern border, seeking protection across the border, in the United States. People run away from danger. Just as Salvadorans flee from gang violence, the profile of Mexicans who flee is the same: they flee from trafficking, violence, family kidnappings... They need to leave, because there is no other choice. The worst injustice is that they don’t even find any protection now.