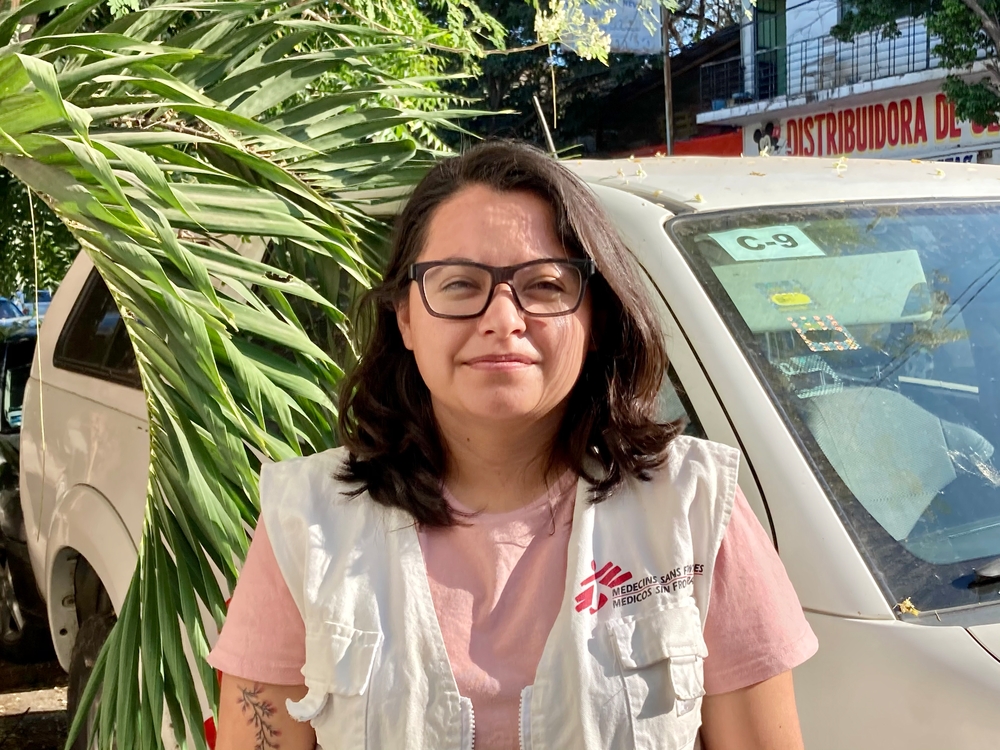 Michoacán, Mexico: “As you cross these invisible borders, it’s as if the world changes”

21st April, 2022- “I joined the team from Médecins Sans Frontières/Doctors Without Borders (MSF) last July. We make weekly visits to communities across Tierra Caliente in my home state of Michoacán. My colleagues and I provide medical care, mental health support and health advice to communities where violence between armed groups not only increases the country’s murder rate, but also causes displacement and confinement, and affects the physical and mental health of hundreds of women, men, boys and girls whose access to health services is limited. 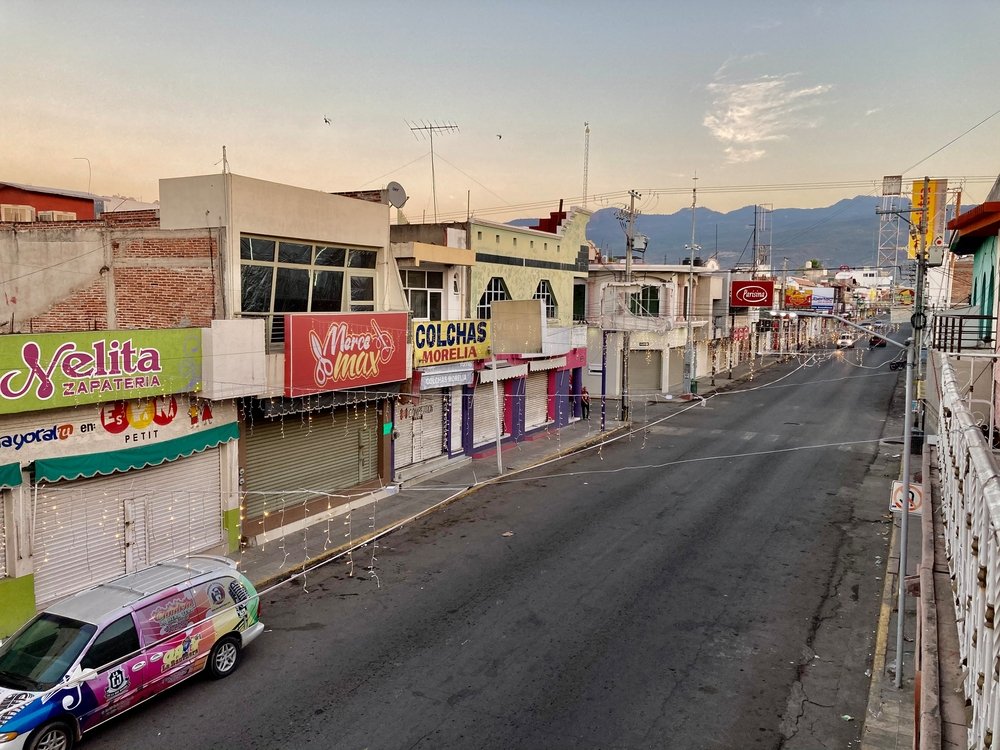 MSF/Lali Cambra
Many communities have been left empty and the population that remains avoids going out into the streets for fear of being hit by gun shots or explosive drones. (December, 2021).

Before this job, I had a different role focusing on pandemic care and prevention. I remember when I first joined this team, I was surprised to find that COVID did not appear to have reached these communities. Invisible borders have made travel almost impossible and have left some communities completely cut off from the outside world. 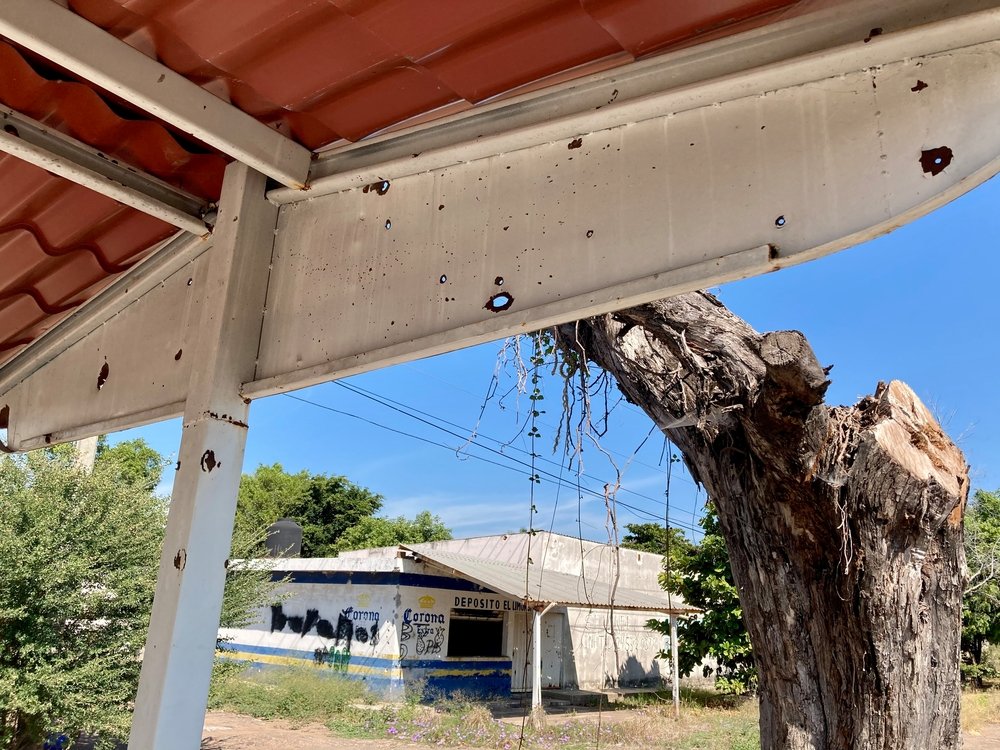 MSF/Lali Cambra
Some communities in Michoacán are theaters of battle. (December, 2021).

As you cross these imperceptible lines, it is as if the world changes. I soon stopped being surprised that people were not wearing face masks and began to focus my attention on the bullet holes in houses and the curious stares of the few people still living in these places.

Identifying the most urgent medical needs

As a nurse, I am the first person in the team to speak with patients about their ailments in order to identify their most urgent medical needs. When talking about how they feel, often they cannot stop themselves from crying. Although I am not the team psychologist, I listen to them. Here are a few snippets of stories I have been told in the waiting room while they wait to be seen. 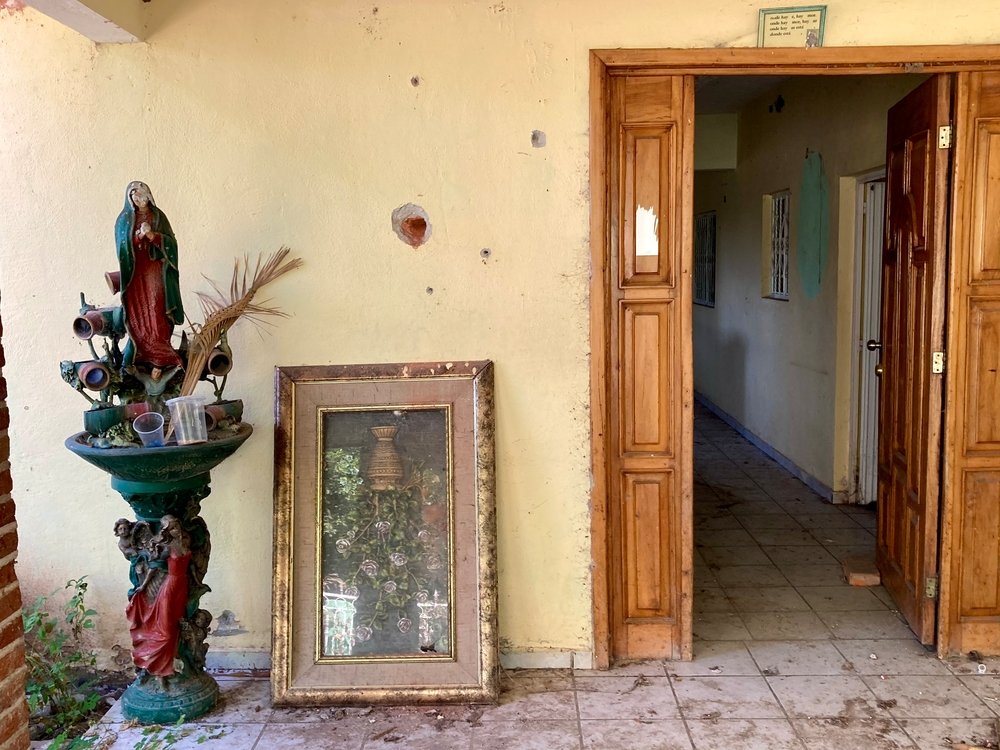 MSF/Lali Cambra
The houses and bus stops show the constant shootings between different armed actors that, in addition to increasing the number of murders in Mexico, also causes the displacement or confinement of the population. (December, 2021).

In Peña Colorada, a man who came for a medical consultation told me that organised criminals burned his house down five years ago because his surname was similar to the name of a leader of a rival group.

On another occasion, when I was providing medical care, a woman came up to me and asked me for a syringe to inject insulin, as she had been using the same syringe for a month. She could not leave the community to buy new syringes and medicines as the invisible border made travel impossible. 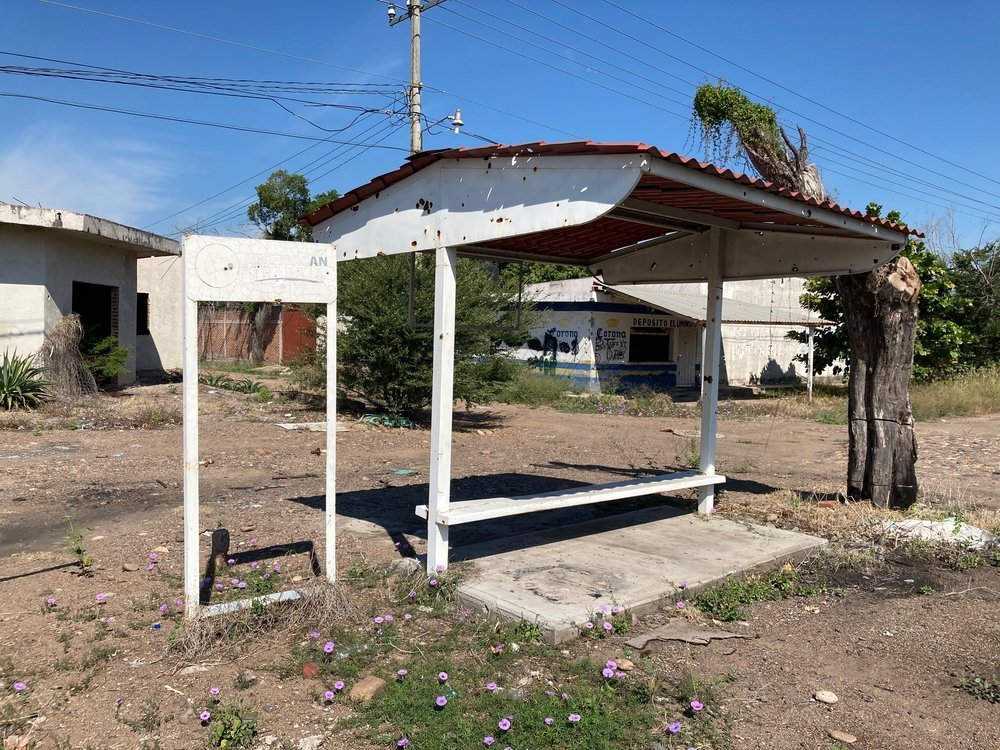 In Tepalcatepec, a boy had a drone with explosives dropped on his house when he went out to feed his cows. He was very upset and I referred him for counselling.

In the same community, a young adult in need of medical attention told me that his mother-in-law was killed by a stray bullet while taking an afternoon nap.

At about 8pm one evening, just as we were about to conclude our medical consultations, an emergency arose. Some people who had just been forced to leave their homes arrived at our clinic. A woman came up to us, accompanied by two elderly people, and told us they had to flee their home because explosive drones started falling on them. 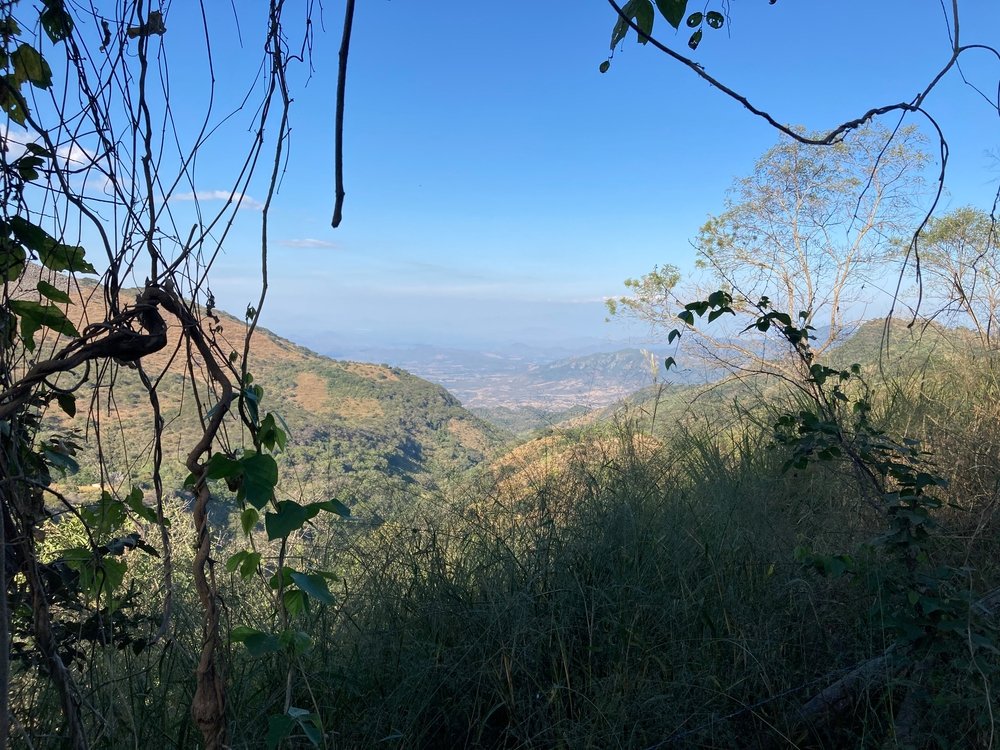 MSF/Lali Cambra
Michoacán is a prosperous region in western Mexico, the state is one of the main avocado and lemon producers worldwide. (December, 2021).

The woman had to leave them with us for medical and psychological care while she returned home to collect the other members of her family.

In Taixtán, a small community in the same area, a man waiting for his wife to come out of our mental health clinic told me that a drone had killed his neighbour's goats. She lived alone and the goats were her only source of income.

Shooting was about to start

Later, a 14-year-old girl told me how her sister had to pick her up from school because shooting was about to start. The only place with concrete walls in their house was a small bathroom, where she took refuge with five other members of her family for 24 hours. 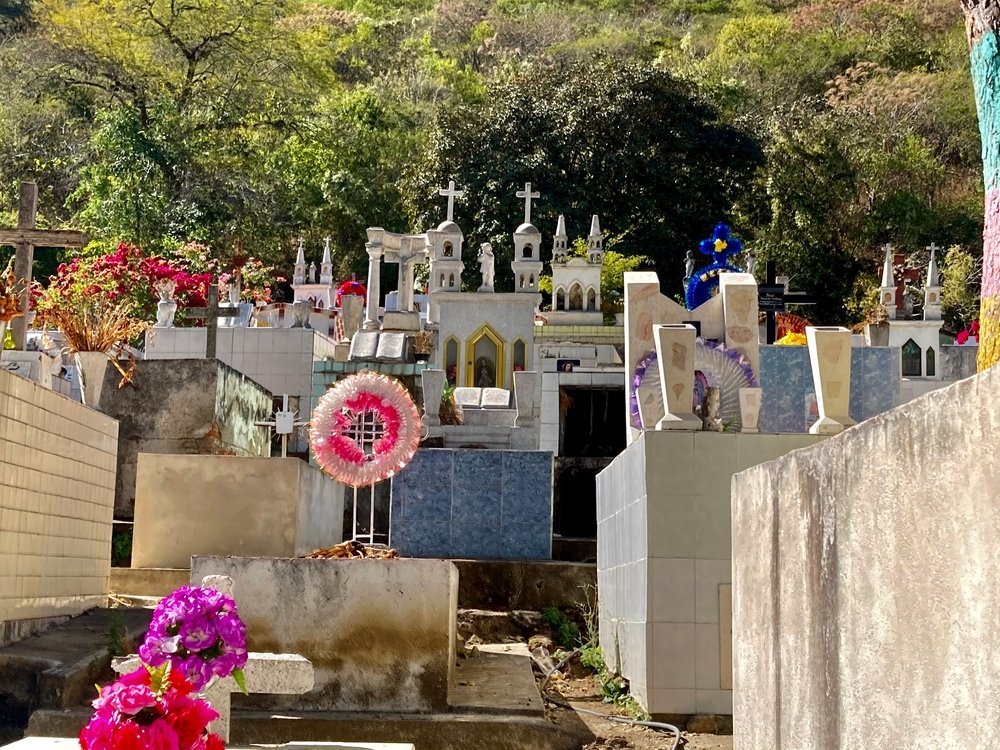 MSF/Lali Cambra
Michoacan is one of the Mexican states with the highest number of murders in Mexico. Hundreds of people have lost their lives in clashes between criminal groups. (December, 2021).

Since then, fighting between the armed groups has not stopped, and in some areas the situation has even intensified. Here the pandemic is a different story altogether.”