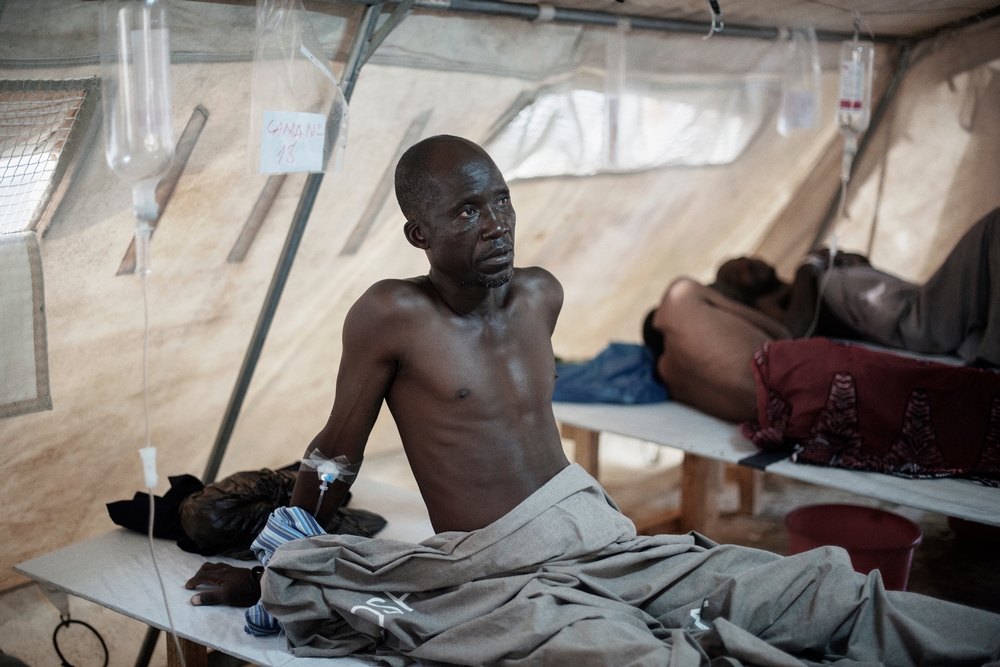 Mozambique: A few drops of understanding to improve water supply

Water and sanitation improvement is an essential step to stop cholera, a waterborne disease.

In Mozambique, where a current outbreak has killed 48 people and infected well over 5.000 others, according to official statistics, Médecins Sans Frontières / Doctors Without Borders (MSF) have teams working to improve the situation. But it takes more than a quick, technical fix. 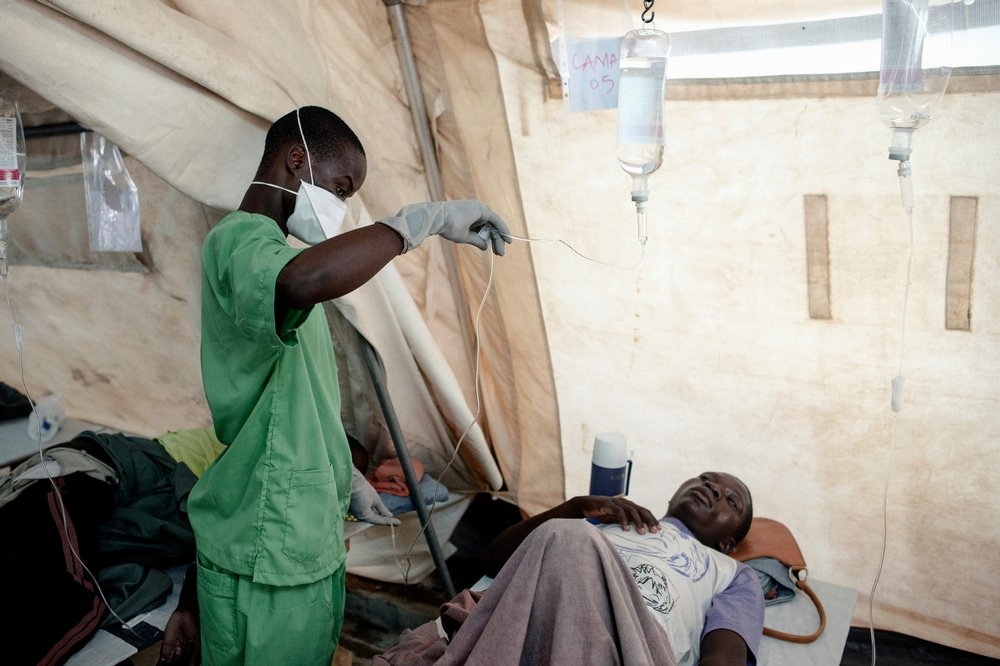 Luca Sola
Replacing the fluids and salts lost through vomiting and diarrhoea is the first step in treating cholera patients. Severe cases will need these fluids to be replaced intravenously via a drip

How to defeat this infectious disease

"What is it that you want? Build a water treatment station, or have people use it?" asks Eveline Cleynen, MSF health promotion officer.

The rough rubber boots and the already dusty MSF vests may not be screaming 'diplomatic mission', but it's more or less what this morning is about : understanding, talking, explaining, and convincing local leaders on how to defeat cholera. In the Tete cholera treatment center there has been an increasing influx of patients from Chimadzi, a large 'bairro' midway between urban slum and big village. 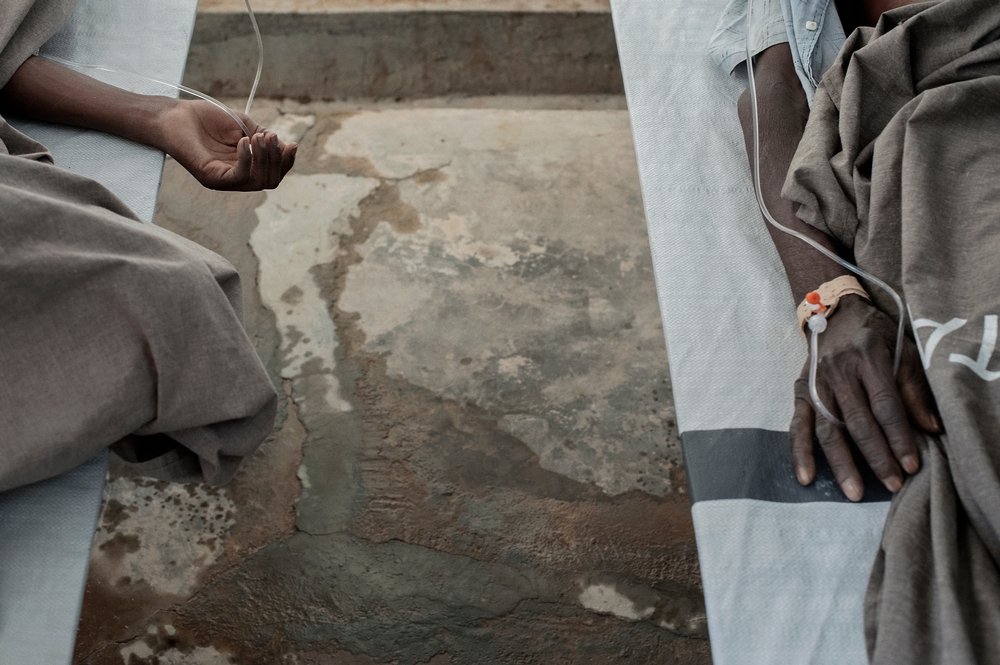 Luca Sola
The patient rapidly losses body fluids, leading to dehydration and shock. Without treatment, they may die within hours

The impact of water and sanitation

Cholera outbreak means unsafe water supply and poor hygiene and sanitation; so the Water and Sanitation 'WatSan' guys like Mihail Papageorgiou, a WatSan specialist, play a key role in the response. He already knows what should be set up in the area: a water treatment unit that will soak the water from the nearby river, clean it, and deliver it, for free, to the 3.000 families.

"This centralised water treatment system is designed for rapid response. We could have come with twenty guys, and within three hours we would have been done ; bang, bang ; in and out. This hardware component of the response, setting up the most appropriate water treatment system, indeed is mainly a technical issue and can go quick.

"You might be producing the cleanest water in the world, but if the community you do it for doesn’t trust it or uses it wrongly, the net health impact of your response is small. There, the health promotion teams play a key role.

"We want to leave information and education behind us, not a mess, so we have to take more time", he says.

While Mihail and logistician Iain Watermeyer examine the area's water pump – a possible source of contaminated water -  Eveline talks to the local leaders, a neighborhood toddler stuck on her hip. Manuel Faquero, the local leader, agrees to hold a meeting to talk things through with the community.

"I'll try to convince them, but it's difficult to change habits", he says.

Steps to prevent the spread of disease

But many factors are at play. Habits. Practicality. Lack of information. Distrust of the messenger – be it NGO people or government people.

There is a huge difference between telling people what to do, and showing them that you're willing to try and understand the situation.

It’s important to taste and drink the water when setting up a point-of-collection water treatment system, like bucket chlorination. This is to demonstrate clearly that the chlorine that we’re adding is not unhealthy or even giving you cholera, as is sometimes believed. 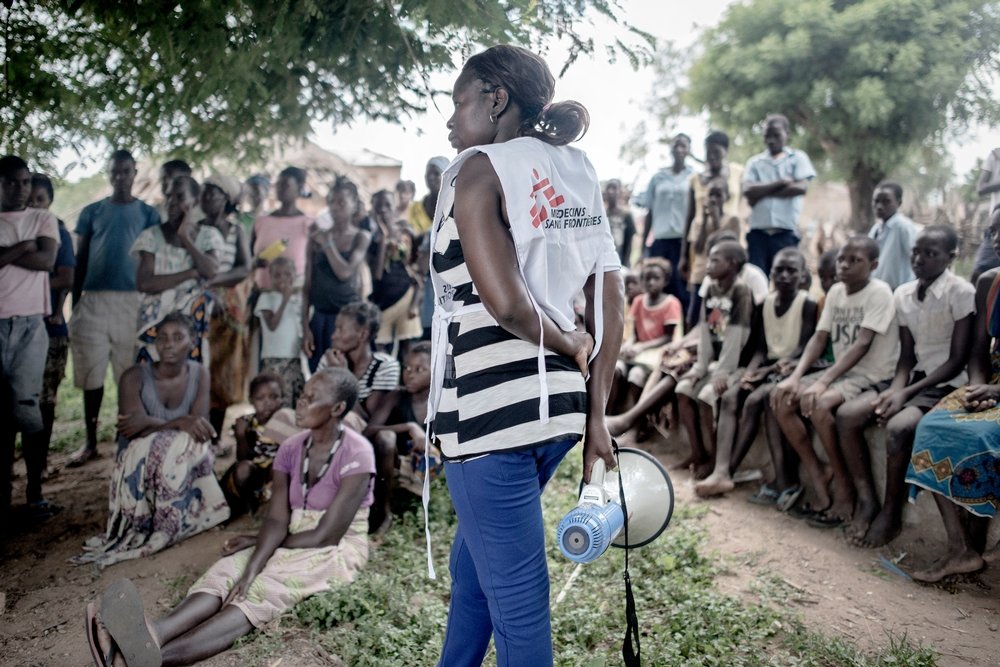 We climb down towards Chimadzi river that runs about ten meters away from the pump. It is large and low: a few hundred meters wide, but barely a foot deep of water running along sand ridges. Women are cleaning their laundry; kids jump in stark naked; a donkey cart passes by.

The river bed is poked with holes where people take their water from: the sand acts as a natural filter, and the water in there is cristal clear, but open to all kinds of contamination from run-off water or dust.

Mikhaelis finishes his samples collection, and asks what water people prefer to drink. Now it starts to make sense: the water from the pump is slightly salty; the one from the hole in the river tastes like...water. No wonder people prefer it. Something to keep in mind when the water treatment center is finished.

Once the first litres of treated water start coming out of the system, the ball is in the side of the health promotion team and the local leaders. 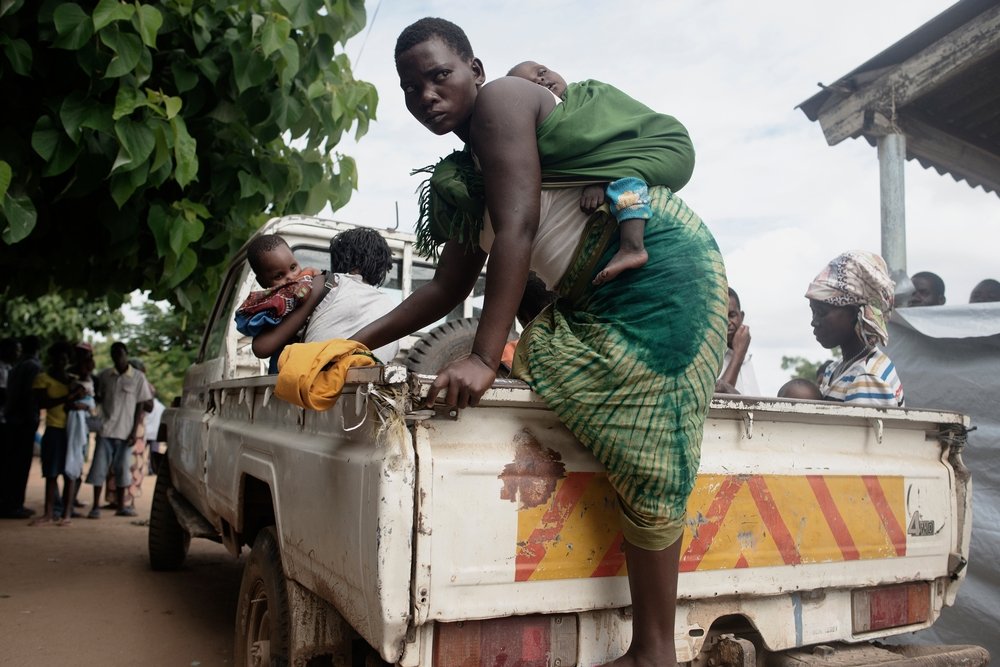 Cholera can be treated simply and successfully by immediately replacing the fluids and salts lost through vomiting and diarrhoea – with prompt rehydration, less than one per cent of cholera patients die.

Cholera victims are always treated with oral rehydration solutions - prepackaged mixtures of sugars and salts that are mixed with water and drunk in large amounts. Severe cases will need these fluids to be replaced intravenously via a drip, and antibiotics are sometimes administered.

The Mozambican cholera outbreak started in December 2014. Since the beginning of the cholera outbreak there have been more than 5000 registered cases and more than 40 deaths recorded. MSF Cholera Treatment Centers have received 2,578 patients, since January, and 26 people died while 2,552 were successfully treated.

Find out more about MSF's work in Mozambique