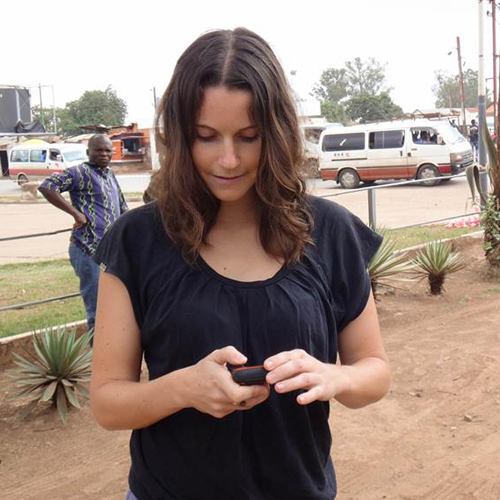 Seven years of fighting between government forces and Boko Haram in northern Nigeria have forced 2.5 million people to flee their homes. Malnutrition rates are on the rise, and across the Lake Chad region, over four million people don’t have enough to eat.

Mapping specialist Sarah St Arnaud describes how MSF is using mapping technology to get on top of the crisis.

‘In December I headed out to Maiduguri, the capital city in Borno State, northeast Nigeria. I was there to set up a surveillance project using GIS (geographic information systems) technology, in order to monitor the alarming rates of malnutrition.

I’m a geographer and cartographer by trade and am currently working as MSF’s GIS specialist. This means I’m often sent out in an emergency to map areas and to help discover where the most vulnerable are. I started working with MSF during the 2014 Ebola epidemic where we were able to map the outbreak’s evolution using this technology.

Malnutrition rates here in northeast Nigeria are already high, but we know the situation will only get worse as we approach the ‘hunger gap’ – the season between harvests when food becomes scarce. The conflict in the region between Boko Haram and the Nigerian Government has only exacerbated the crisis. 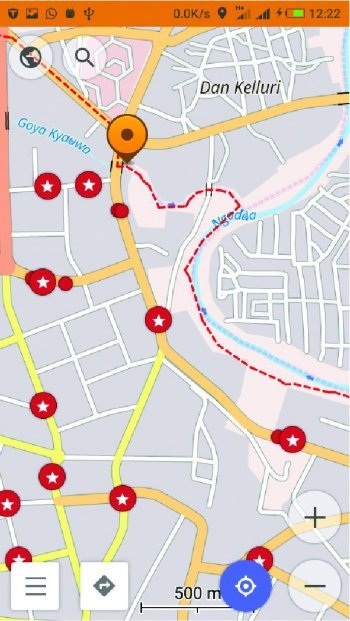 Crops have been destroyed, homes burnt to the ground, and people have been forced to flee. During the height of the hunger gap last year, a whole generation of children lost their lives. MSF remains the only organisation providing aid and lifesaving medical care in many villages outside the capital.

With the crisis looming once again, we have to be prepared. That’s why this project is so important. In order to prevent more deaths, we need to know where people are living, what the needs are, and who will be hit hardest as hunger levels rise.

There are more than one million displaced people living in Maiduguri in cramped and overcrowded conditions. Most of the refugees live scattered amongst the community – all crowded together in compounds or in houses with the local people, rather than in registered camps/

Door to door with a smartphone

So, how do we find these people? By going door to door and screening each household for malnutrition. It’s a huge undertaking. We have 25 teams made up of two locally hired surveyors – one man and one woman. Every day, each team heads out to a different district of the city equipped with a smartphone, hospital referral forms, and MUAC (mid-upper arm circumference) bands which measure rates of malnutrition in children.

"The teams are doing amazing work. They managedto screen around 1,100 households every day"

We use GIS mapping technology on the smartphones to monitor pockets of malnutrition and the areas where people are most vulnerable. The smartphone contains a digital assessment form and questionnaire, which was developed alongside a doctor.

At every household we visit, we screen all children under 10 years old, check babies for oedemas (the most severe form of malnutrition which causes a build-up of fluid in the body) and weight loss. 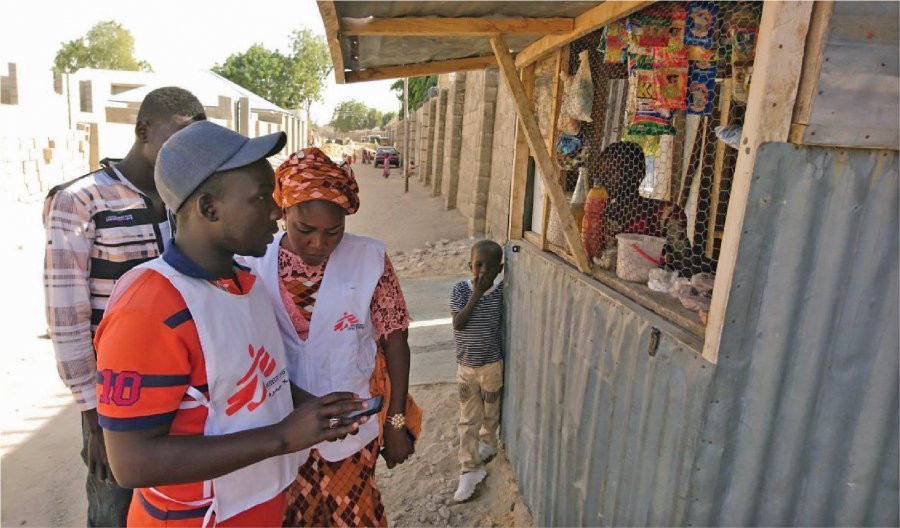 We ask general questions about the household, how much food the family gets each week, if there is a steady income, as well as a section to record the number of malnourished kids living there.

Each time we fill in this form on the smart phones, we also take down the GPS coordinates of the location. Then all forms are loaded onto the main server at the end of the day, where the data can be immediately analysed and mapped.

Every night we can pull up the data in the form of a map and see where we need to distribute food. Food distribution is not something MSF usually does, but the crisis is so bad that we’ve scaled up our response significantly.

Before we could start the surveillance project, we spent three weeks ‘base mapping’ the city. This was a crucial part of the project. Most streets were already drawn, but we also needed to know the different divisions.

We met the traditional leaders and explained what we were doing and why, and they showed us the boundaries of their area and each team would then map the district using smartphones and Google Maps. It was a bit like assembling different pieces of a puzzle.

After the base mapping was finished, we could finally start the surveillance part of the project

Building a village in the city

We also screen kids at schools and keep an eye on the price and availability of food at the markets. When people are not living in obvious refugee areas, it makes it much harder to find them and treat them.

You’ll have a wealthy area of the city and in the middle of it you’ll have an empty compound with over 100 displaced people living there. The mapping project ensures that we can be proactive, find these people and prevent this malnutrition crisis from spiralling out of control.

It’s amazing to see how resourceful people are. I remember one community I met who had rebuilt their village in the middle of the city, using grass and mud. They had arrived only four days previously, with just the clothes on their backs. 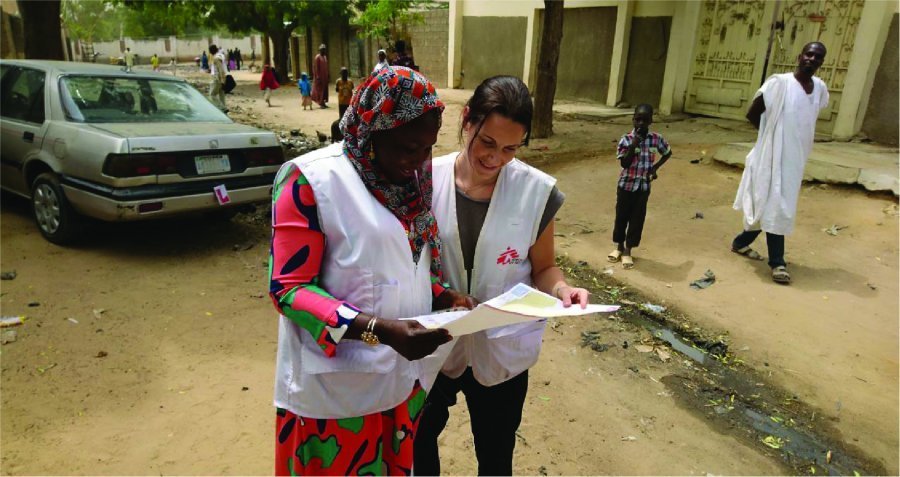 They had decided not to separate from each other and go into the camps. So they talked to the traditional leaders and they took a vacant space and rebuilt their grass and mud huts altogether. It was beautiful to see.

The teams are doing amazing work. They managed to screen around 1,100 households every day. At the end of my two months in the country, we had visited 34,790 households and screened 73,746 children for malnutrition.

Now that we have the data, the maps, as well as the hospital wards, the beds, the staff and the medication, we are prepared. When the hunger gap arrives, we will be able to respond immediately and save lives.’