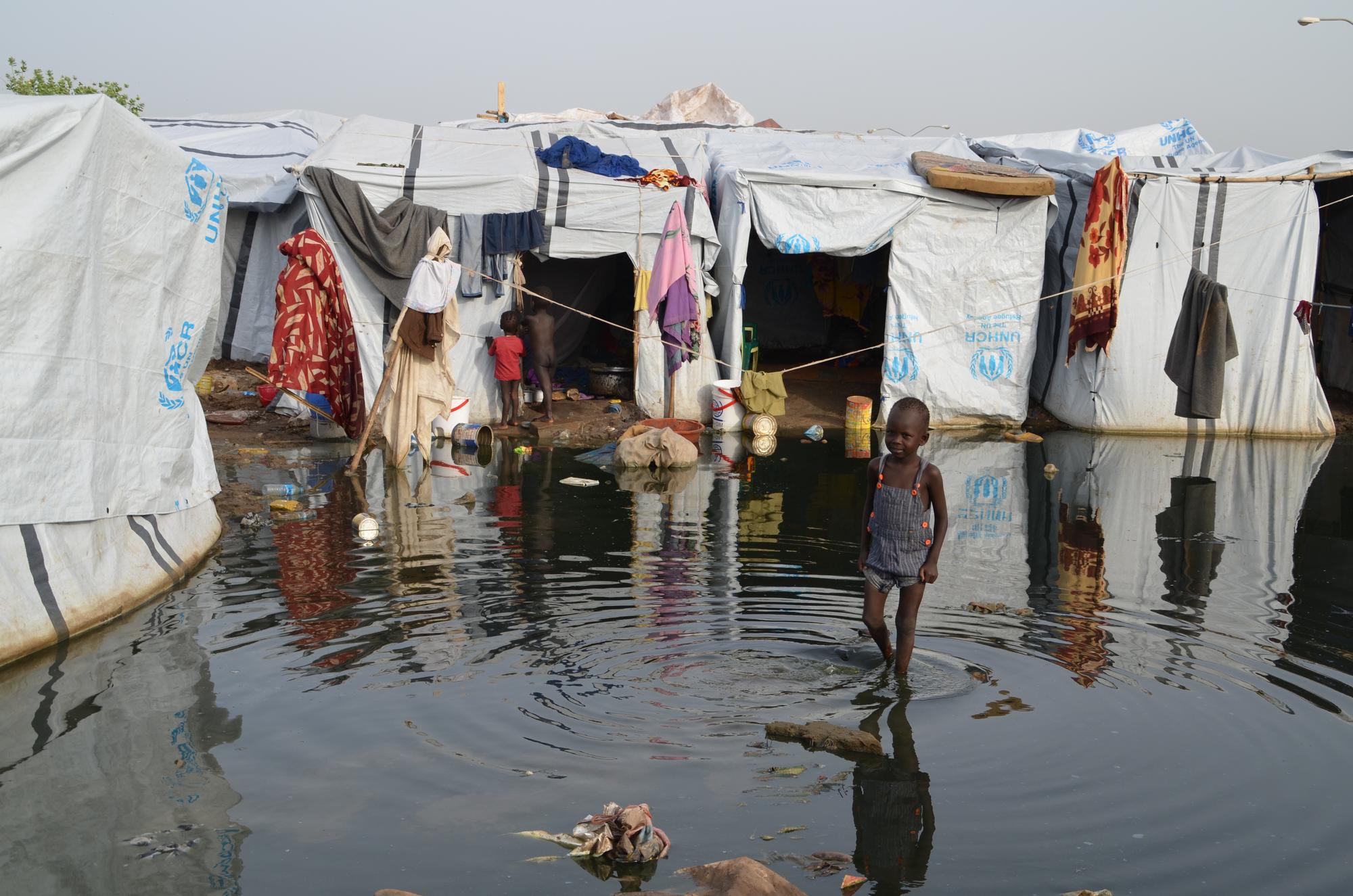 The first torrential rains of the season have left large parts of Tomping camp, in the capital Juba, under water, worsening the already unacceptable living conditions for more than 25,000 people packed into the camp. 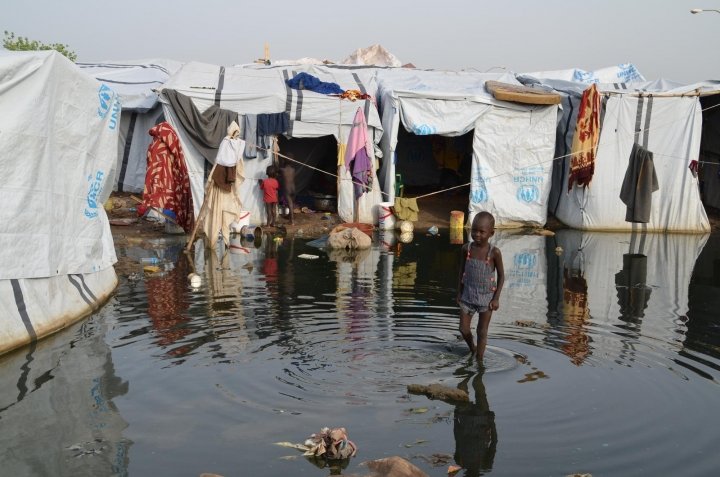 Médecins Sans Frontières/Doctors Without Borders (MSF) was forced to temporarily suspend medical activities at its clinic due to the flooding.

Stagnant water, severe overcrowding, inadequate drainage and a dire shortage of functional latrines, all create ideal conditions for the spread of diarrhoeal diseases and skin infections. This is particularly worrying given the rainy season has not yet officially started.

The MSF team was already treating large numbers of patients suffering from diarrhoea, malaria and respiratory infections, illnesses that will only surge with the coming rains.

“This downpour is just a preview of what is to come,” says Carolina Lopez, emergency coordinator for MSF.

Aurelie Baumel/MSF
More than 25,000 people sought refuge in the grounds of the UNMISS compound in Juba after intense fighting broke out between government and opposition forces throughout the country in December.

The rain has flooded nearly 20 percent of the area allocated for the displaced people, leaving their makeshift shelters under water and destroying their few belongings.

"I lived on the other side of the road, one of the areas completely under water today,” says a young displaced man.

“I lost my shelter. The only things I managed to keep fit in my bag. I wonder where I can sleep at night.”

Sanitation and lack of space

The deluge also destroyed approximately 150 latrines, a serious problem given the number of latrines was already well below what is required in the camp.

An area identified for the construction of new sanitary facilities has now been occupied by people from the flooded areas of the camp seeking drier ground. People have also relocated onto the road, causing severe congestion and restricting the movement of vehicles.

“The major problem is the lack of space, now made worse by the flooding,” says Lopez. “People are forced to live on top of each other in extremely cramped and unsanitary conditions.”

"The team spent more than two hours cleaning up the clinic before starting to work,” continues Lopez.

“But around noon, the incessant rain forced us to stop consultations for a number of hours, leaving hundreds of people without medical care that day. Since then we have adapted the configuration of the clinic and raised the sunken flooded area in order to deal with the next inevitable rains.”

MSF has been providing medical humanitarian assistance in South Sudan for over 30 years. After fighting broke out in Juba on 15 December 2013, and then in several other states, MSF increased its capacity to rapidly respond to emergency medical needs in the country. MSF teams are now working in 20 projects in nine of the ten states in South Sudan, providing basic healthcare, surgery, vaccinations, as well as clean water to people who fled their homes.