September 29, 2021—Heavy rains have caused widespread flooding in South Sudan this year, affecting more than 400,000 people so far, according to United Nations estimates, while the rainy season continues.

Many of the hardest hit communities are in Jonglei State, where wetlands and tributaries of the White Nile overflowed as seasonal rains arrived earlier than usual. In the villages of Haat and Pakur, in western Ayod County, floods forced approximately 6,000 people to flee their homes from May onward.

On August 8, the floodwaters destroyed a small MSF clinic and many homes in Haat.

MSF evacuated its staff to Old Fangak, four hours away by motorboat, before returning to the area and conducting mobile clinics. 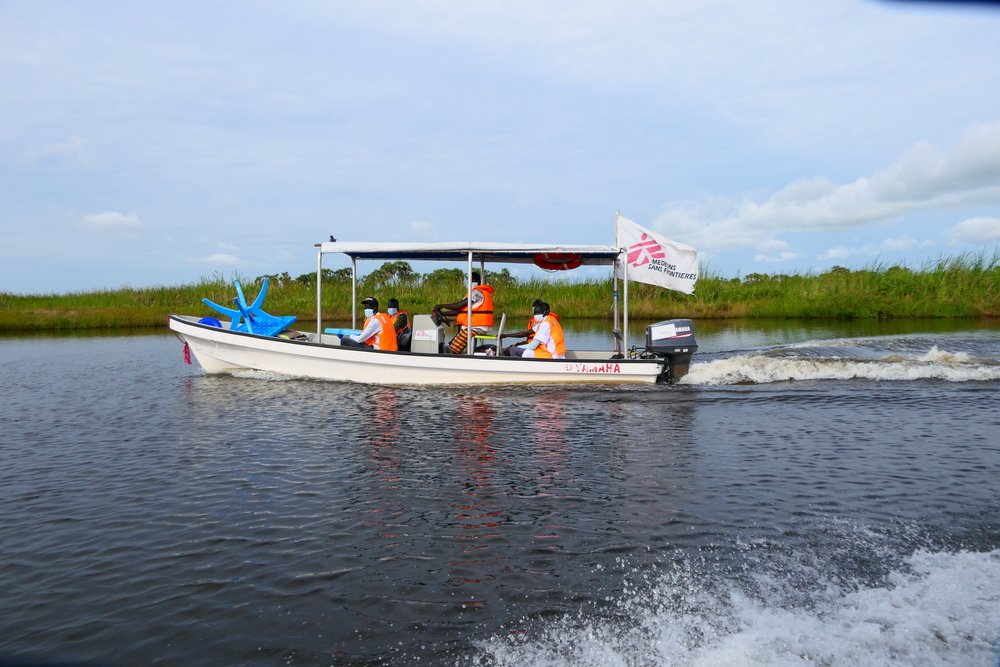 "In the region around Haat, we saw catastrophic flooding," says Emilie Allaire, the leader of MSF's medical team in Old Fangak.

"Everything in the affected communities was destroyed"

"The center of the community was flooded several feet deep, forcing all the local population onto the last pieces of land that were not flooded."

Everything in the affected communities was destroyed, Allaire says.

People are staying in huts they made of sticks and sometimes plastic sheeting.

There are no latrines and no clean drinking water. 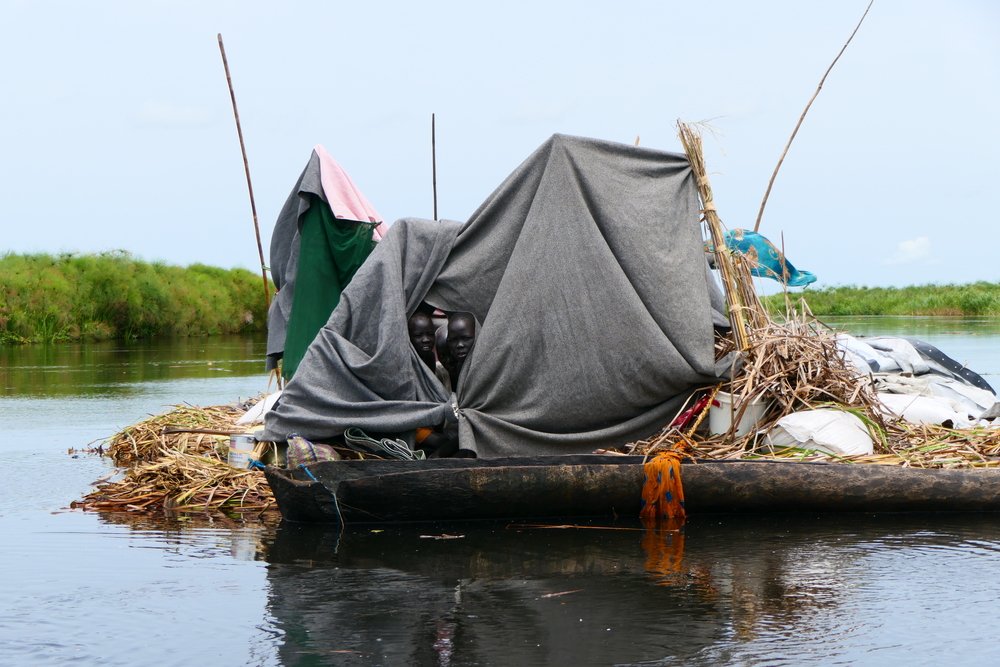 Damaris Giuliana/MSF
Displaced family used blankets and plastic sheeting to build shelter on a kind of grass raft to navigate in the river connecting Ayod and Fangak Counties.

"We went island to island to provide general medical consultations for children and adults," Allaire says. 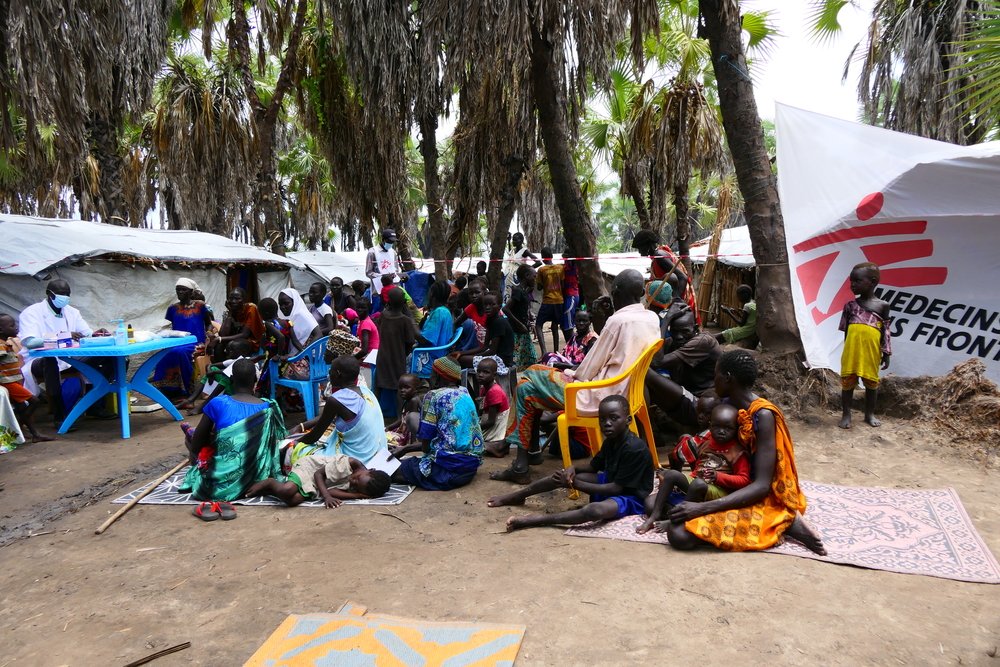 The medical needs are extremely high when compared to the weeks before the flooding.

Canoes are the main means of transportation during the flooding, but it would take several days to reach a medical facility this way. 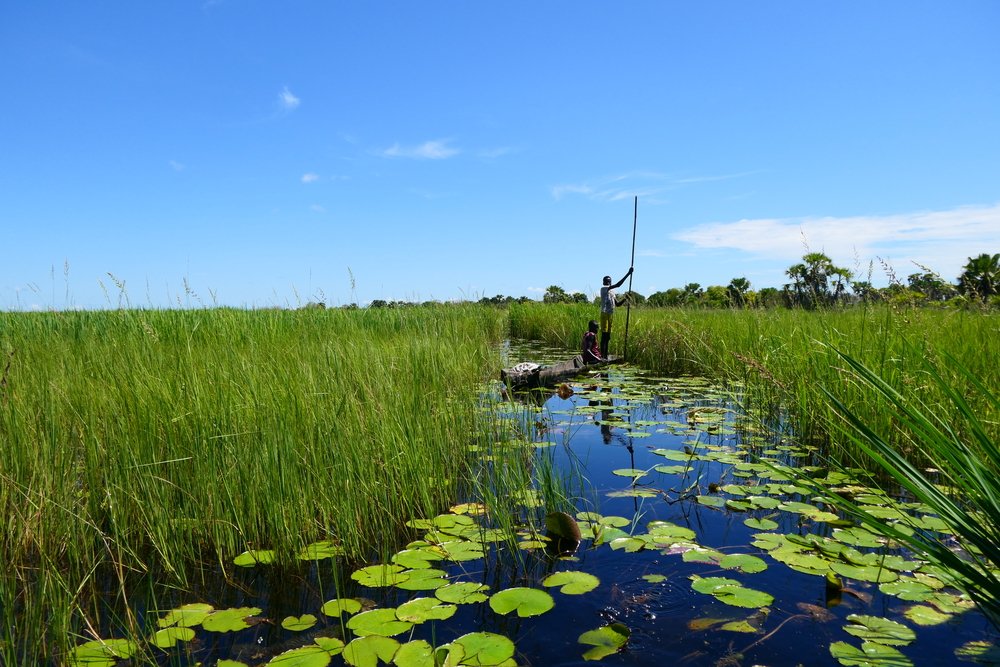 Damaris Giuliana/MSF
People crossing the swampy by canoe. This is how most of people move around during the rainy season.

The team diagnosed Nyadak Kulang with severe malaria, and she was about seven months pregnant, requiring more specialized care.

They then brought her to the hospital where MSF works in Old Fangak, four hours away by speedboat, and her condition started to improve with treatment. 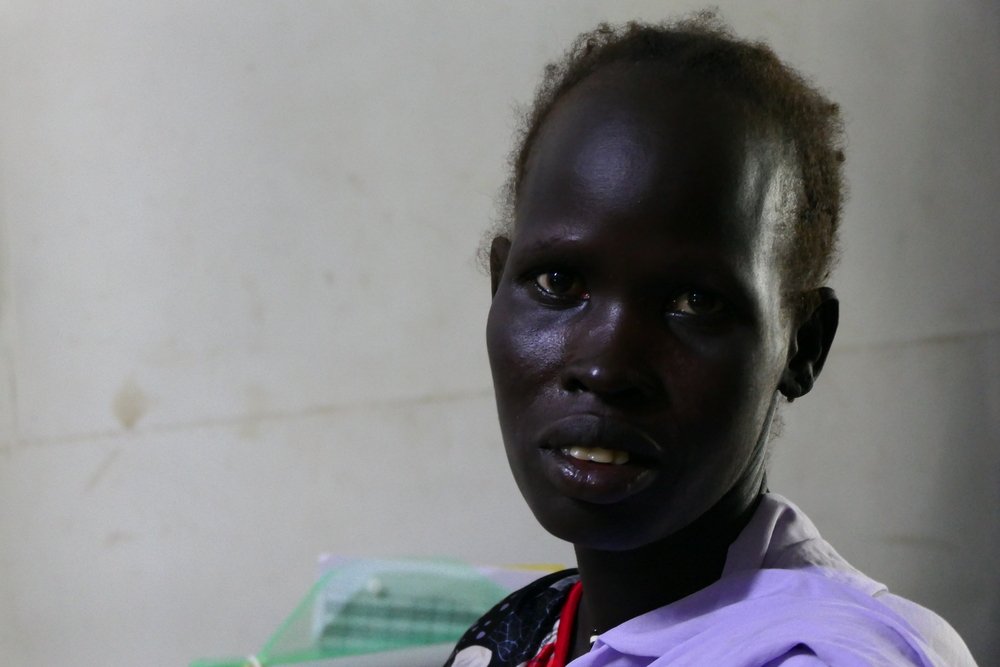 Damaris Giuliana/MSF
Nyadak Kulang was displaced from Haat because of floods. Currently living in a shelter in Kuernyapol she has no access to clean water, latrine nor mosquito net.

"We didn't have clean water," she says.

"People around me on the island were sick. They were suffering, and the symptoms we saw were diarrhea and vomiting."

Most local people are subsistence farmers, but the recurring flooding has made agriculture impossible. 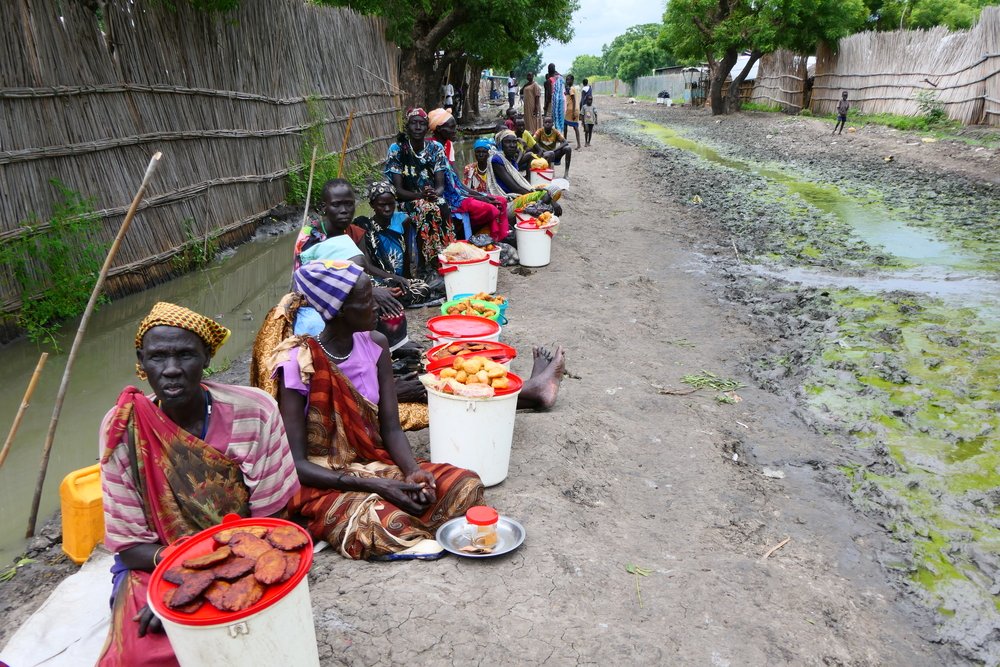 Damaris Giuliana/MSF
Women sell snacks on the street in Old Fangak with no access to hygiene.

Their cattle either drowned or are dying of hunger because the grass they feed on is covered by water.

MSF is continuing mobile clinics for children under five years old and pregnant women and administering vaccinations for measles, tetanus and diphtheria. 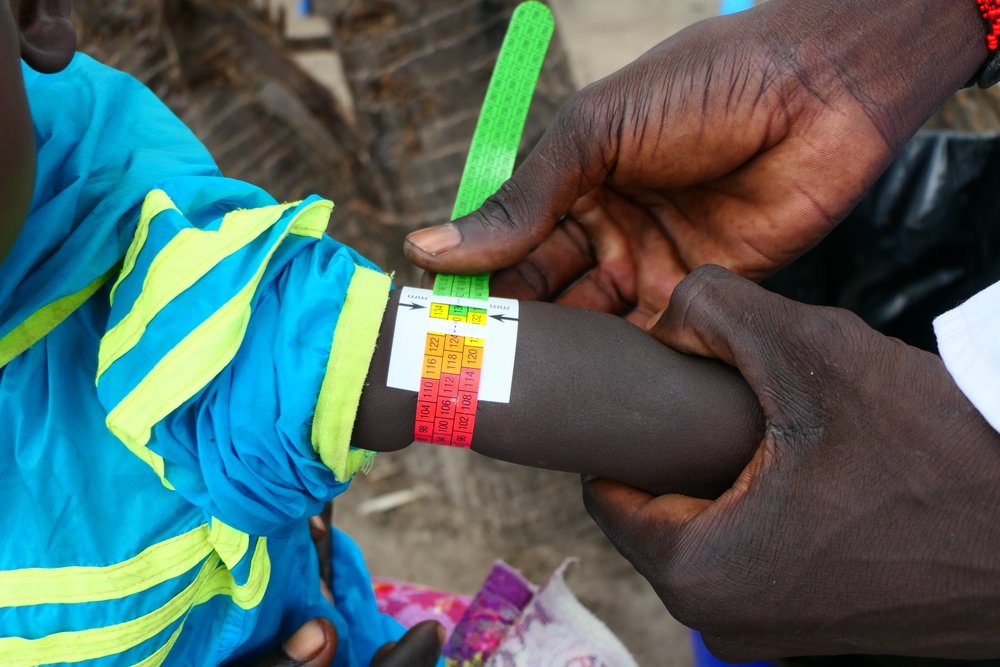 Moderately and severely malnourished children are treated with therapeutic food, and children and adults are given emergency food rations due to general food insecurity.

"They are in the rain in an open space. They need shelters, they need food, they need everything." 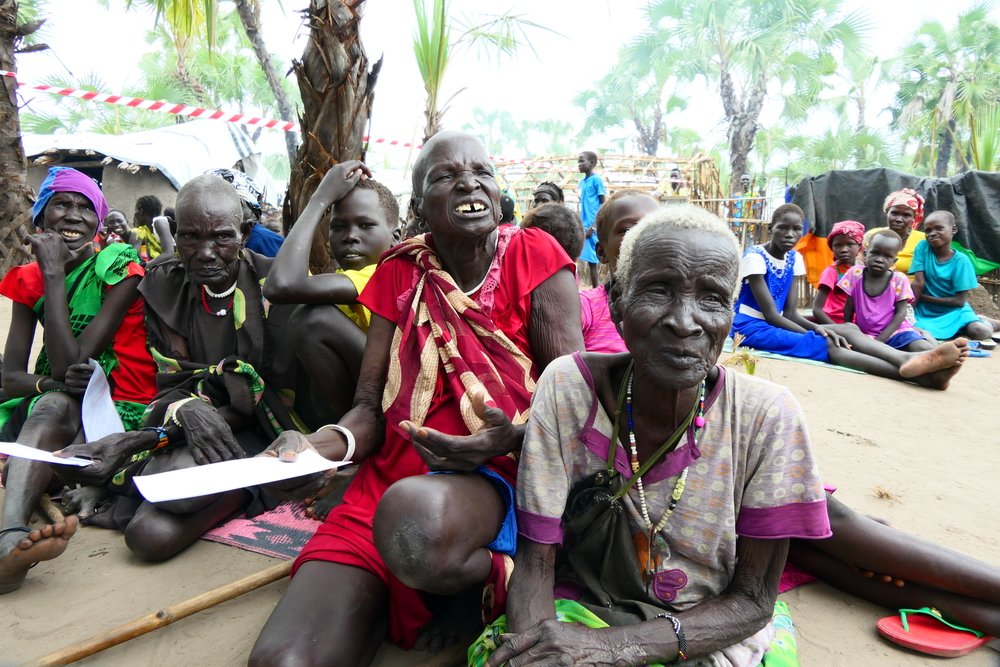 Damaris Giuliana/MSF
Women, children and elderly people are the most affected by the floods in Haat. They wait for medical consultation with MSF team in Liangire.

However, MSF staff warn that the health of the displaced population is likely to deteriorate further without adequate assistance, as the flooding continues.

"The medical service, though we are providing it, is not enough," says Paul Gany Hoth, MSF clinical outreach officer. 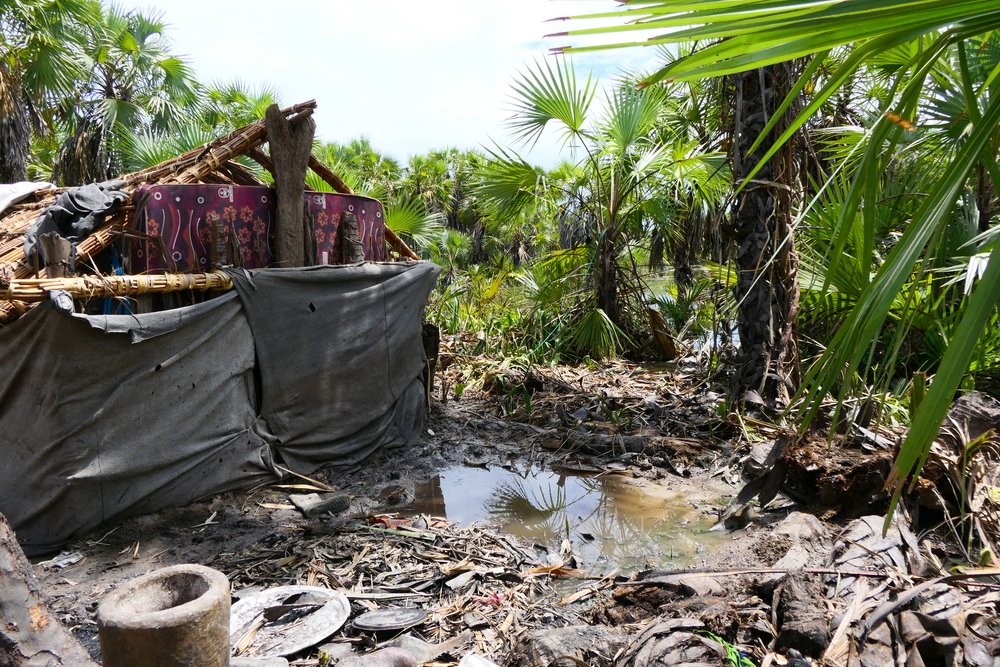 Damaris Giuliana/MSF
Many shelters in Roupgak are destroyed. Despite people have fled from Haat there seeking for a dry land, the area is also hardly affected by the rains.

"They are in the rain in an open space. They need shelters, they need food, they need everything."