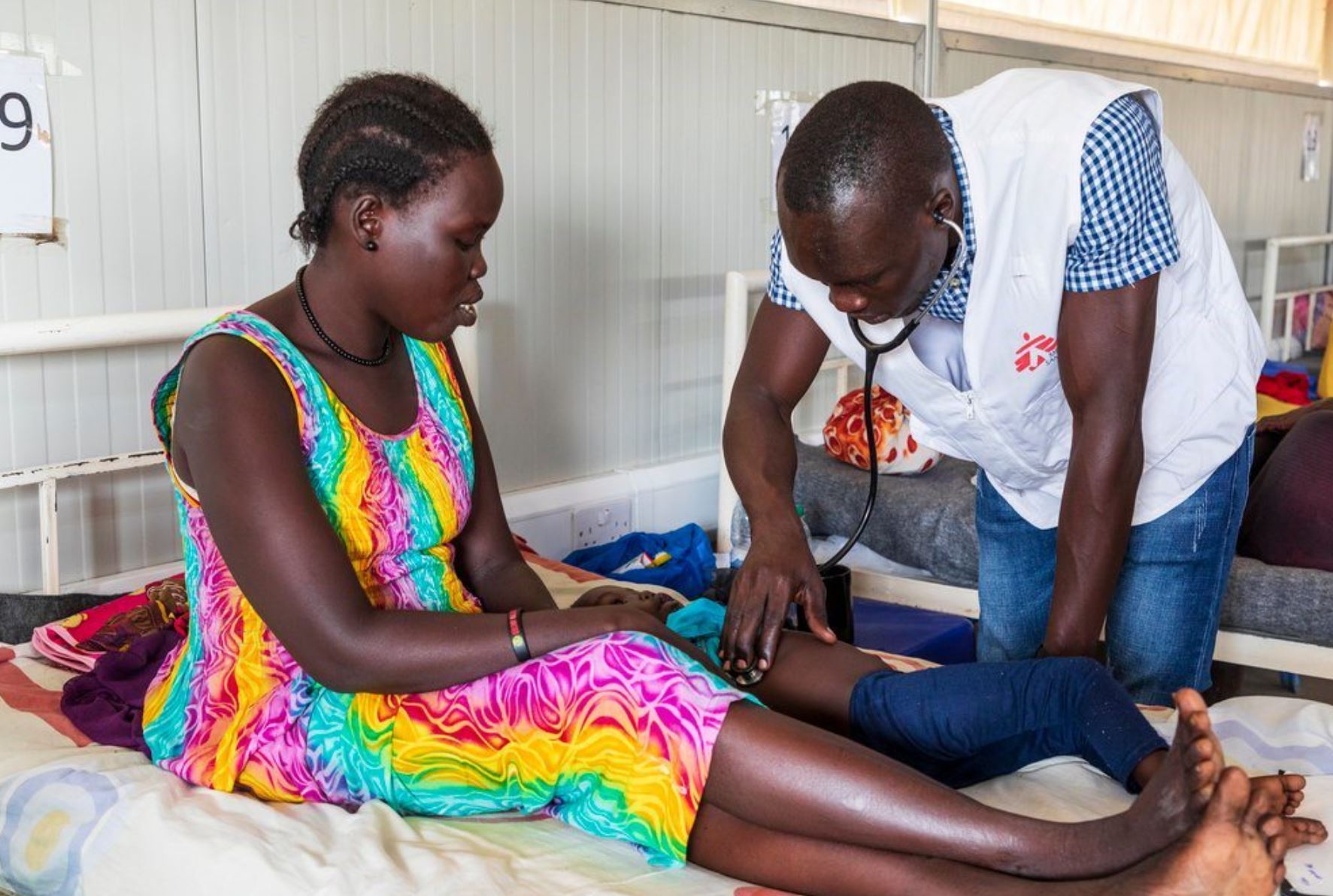 South Sudan: A new initiative to prevent malaria during the rainy season

Juba, South Sudan, 2 June 2021 – Each year across South Sudan, the rainy season brings massive spikes in malaria cases between July and November, with children under five years of age the most affected. Years of conflict and insecurity have kept healthcare out of reach for many people across the country. This, combined, with inconsistent malaria prevention activities, has made malaria the cause of more than one-third of all deaths in South Sudan.

Reducing the incidence of malaria among young children

Seasonal malaria chemoprevention (SMC) is a public health intervention that can reduce the incidence of malaria among young children during the rainy season.

It has been recommended by the World Health Organization (WHO) since 2012 in countries with high seasonal malaria transmission. 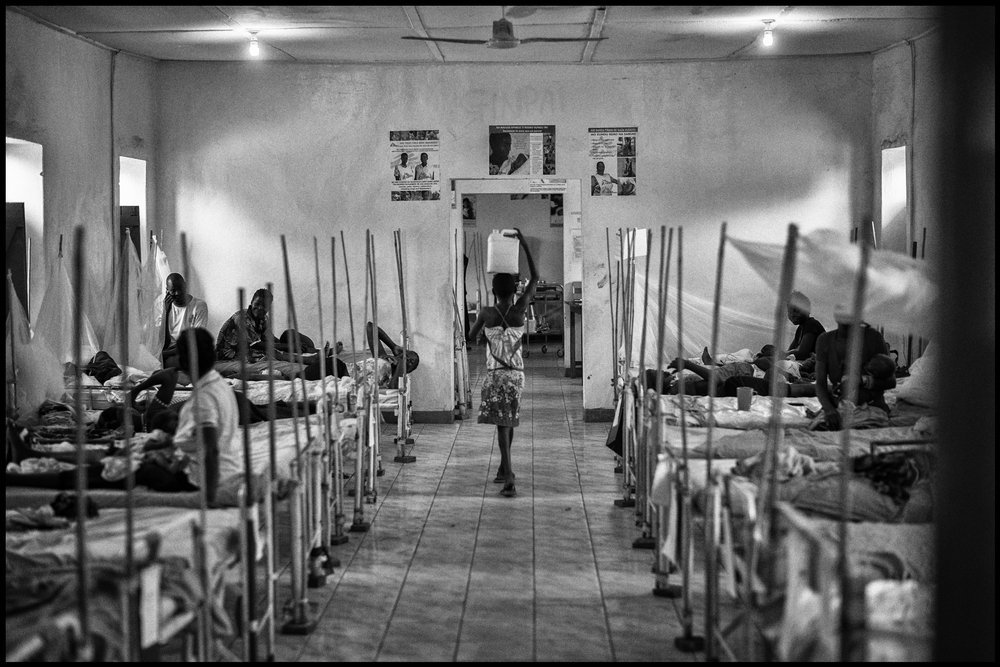 Matthias Steinbach
The ICU / neonatal ward of the Yambio hospital run by MSF. Yambio is located in Western Equatoria state, which has one of the highest child mortality rates - over 105 deaths per 1,000 live births.

Médecins Sans Frontières (MSF) carried out the first implementation of SMC in South Sudan in 2019 in collaboration with the Ministry of Health (MoH), after extensive experience with similar interventions in other countries.

As a result, simple and severe cases of malaria declined among children under five years old in the targeted rural areas around Yambio, Western Equatoria state, as did hospitalisations for malaria.

"Complications can include anaemia and convulsions, becoming unconscious, or being unable to talk or walk" 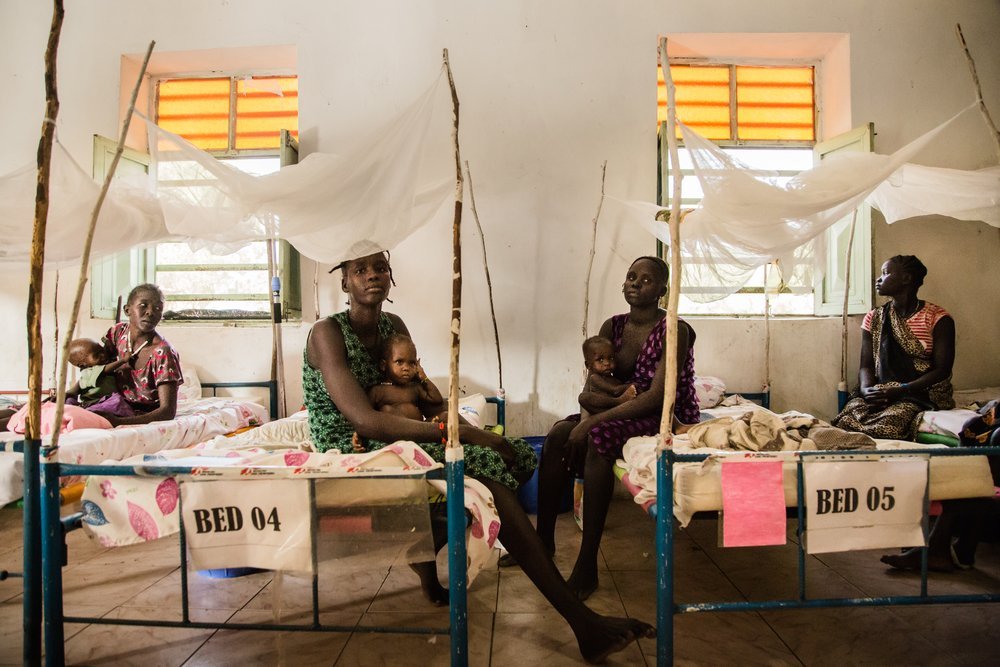 Igor Barbero/MSF
Women sit with their children in the paediatric ward of MSF´s hospital in Ulang, in northeastern South Sudan.

Over the course of the intervention from July to December 2019, up to 13,689 children received monthly preventive malaria treatment, and the incidence of severe malaria was reduced by 77.1 percent among children under five at Yambio State Hospital.

“Children under five years of age are the most at risk of complications and even death if infected with malaria,” said Buai Tut Chol, MSF medical coordinator support in South Sudan.

“Complications can include anaemia and convulsions, becoming unconscious, or being unable to talk or walk. This is where seasonal malaria chemoprevention has a positive impact by reducing the burden of the disease on children.” 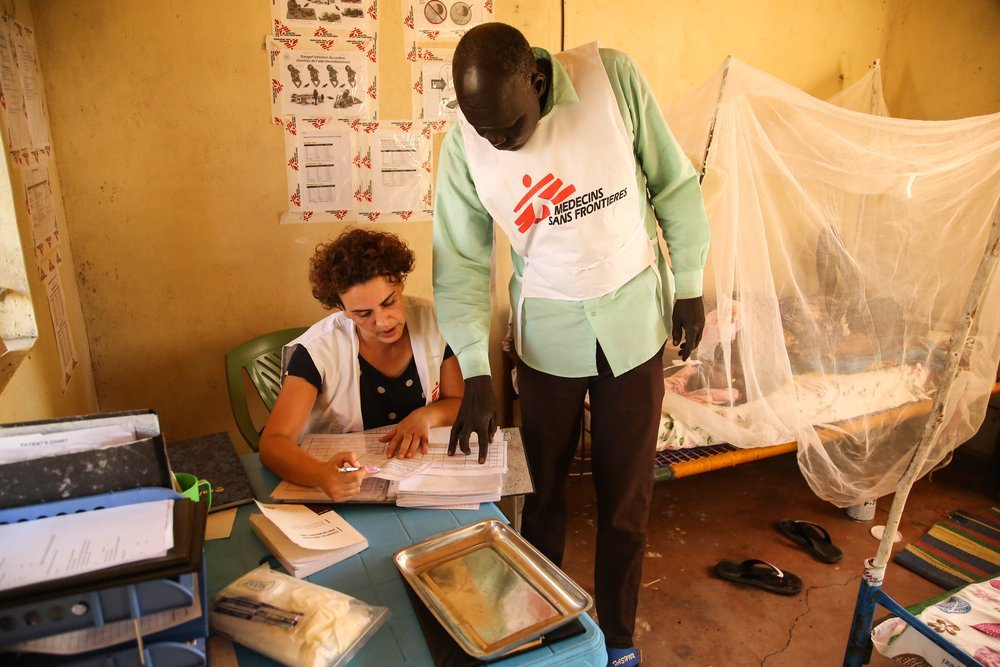 This year, MSF plans to collaborate with the Ministry of Health to implement SMC in Aweil, Northern Bahr El Ghazal State, with a similar goal to reduce simple and severe cases of malaria among children under five.

SMC involves administering the malaria medications sulfadoxine-pyrimethamine and amodiaquine in 3 doses (once daily doses for 3 days) at each round, with one-month interval from one round to the next, to all children under 5 during the rainy season, when the risk of malaria transmission is at its highest.

Community involvement is crucial to the success of the campaign, particularly at the start of an SMC campaign, as MSF works with local leaders to ensure as many children as possible are involved. 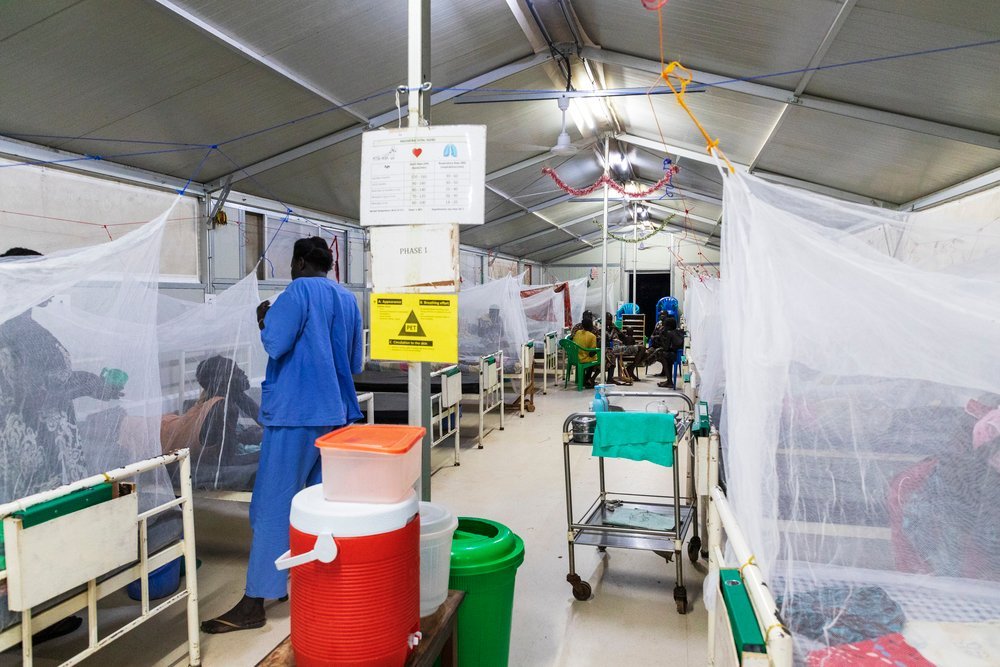 MSF also tackles the other childhood killer diseases at the same time, often screening children from malnutrition, diarrheal diseases or vaccinating against measles.

In 2019, MSF teams covered rural areas up to 53 kilometers away from Yambio, which was not an easy task due to the limited and poor road network.

"Seasonal malaria chemoprevention is one way we hope to lessen this burden on children and their families, and we hope it will be expanded further"

However, it was worth every effort, as MSF Medical Coordinator for South Sudan, Sara Miro, explained: “It was exasperating to learn that many people were missing out on medical services due to the long distance to the town and dying of a preventable disease, like malaria.”

Following the successful implementation in Yambio, SMC is now included in South Sudan's new national malaria strategy, and MSF is preparing to launch its second SMC campaign in partnership with the Ministry of Health.

The campaign aims to target up to 25,109 children below the age of five, in five monthly rounds in Aweil town in Northern Bahr el Ghazal State.

"From 2016 to 2020, MSF teams at the hospital have diagnosed and treated nearly 40,000 children with malaria, including more than 3,000 children under 5 per year with severe malaria" 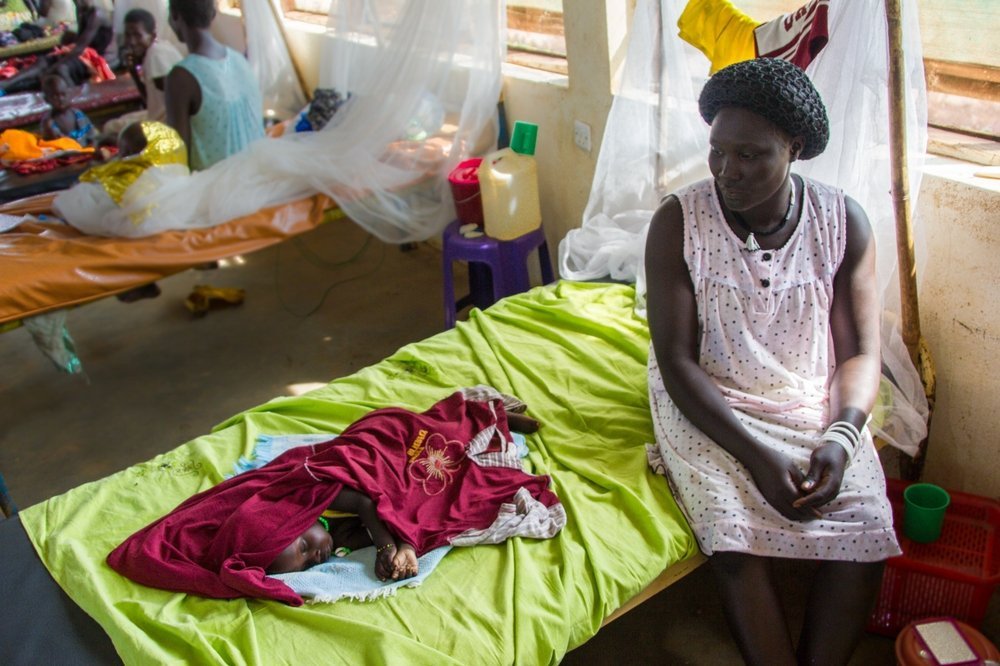 This effort aims to reduce the burden of malaria among young children, as MSF medical teams see an extraordinary number of children with malaria at Aweil State Hospital every year.

From 2016 to 2020, MSF teams at the hospital have diagnosed and treated nearly 40,000 children with malaria, including more than 3,000 children under 5 per year with severe malaria.

“Nearly every year, we must expand the pediatric ward of Aweil State Hospital with temporary tents to accommodate the hundreds of children who fall seriously ill with malaria during the rainy season,” said Jean Stowell, MSF head of mission for South Sudan.

“Seasonal malaria chemoprevention is one way we hope to lessen this burden on children and their families, and we hope it will be expanded further.”

SMC is not the only intervention needed to prevent malaria in South Sudan. 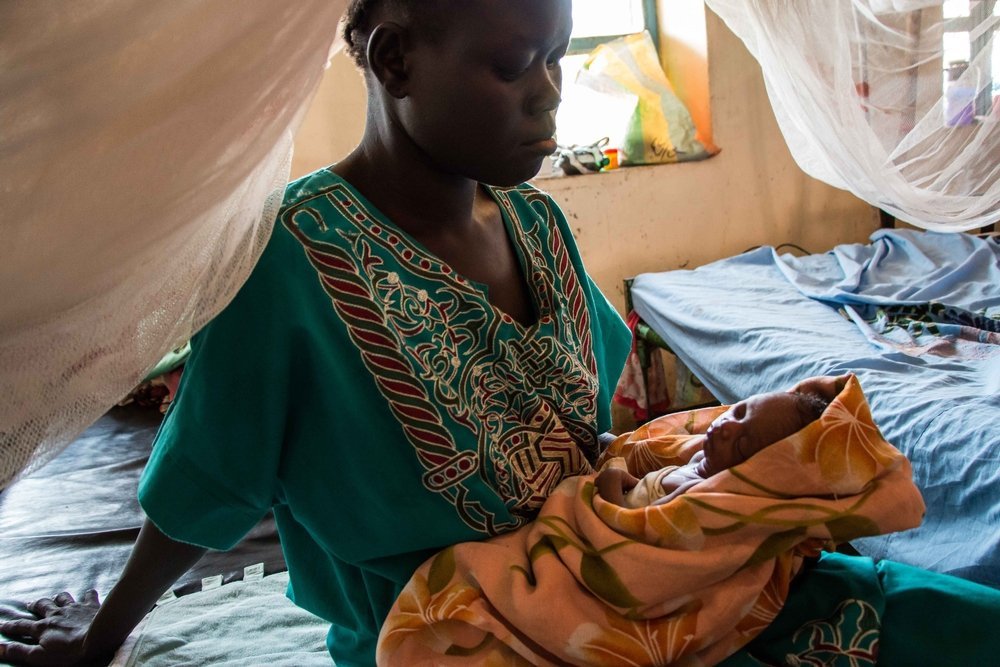 It is critical that people receive insecticide-treated bed nets and that primary health care facilities receive sufficient volumes of rapid diagnostic tests and malaria medications before the rainy season begins, as well as the supervision they need to properly treat malaria at the community level.

Mosquito control efforts are needed as well, which can be done through indoor residual sprayings, for example. 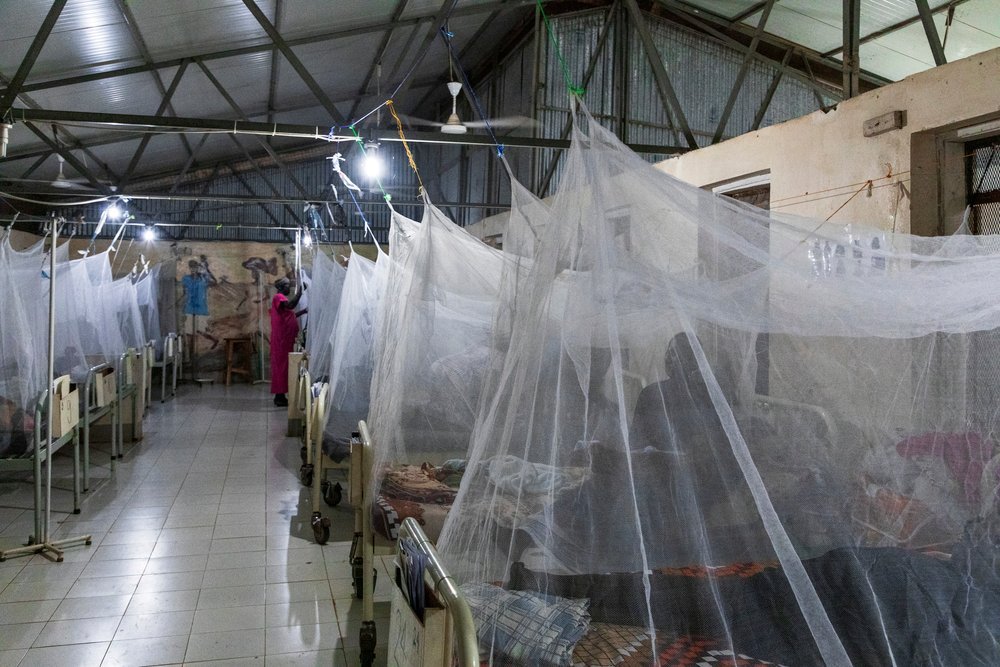 The MSF hospital in Agok, South Sudan, deals with emergencies, surgeries, treatments of HIV, tuberculosis, chronic diseases as well as neglected diseases, such as snake bites, a real scourge in the region.

“Malaria prevention activities must be a priority for international support in South Sudan, including seasonal malaria chemoprevention,” Stowell said.

“We hope other health actors will adopt this approach and ensure that it is scaled up across the country."