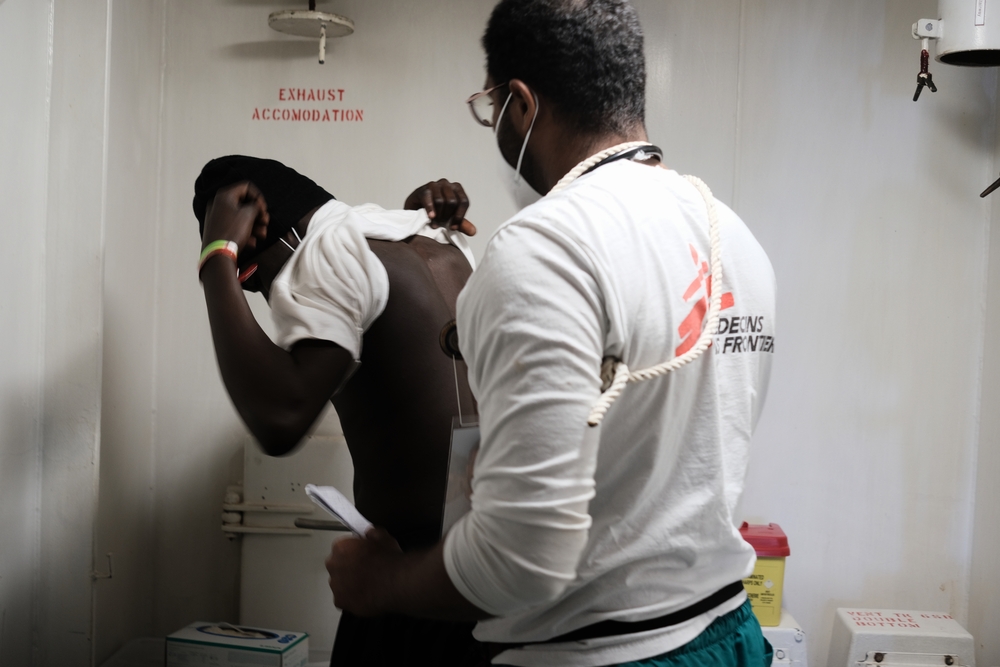 The unspeakable tortures that migrants face in Libya

18th May, 2022- Mohammed Fadlalla is an internal medicine physician. He started working with MSF in 2020.

One of the things we hear about most consistently on our trips back and forth in the sea are the excruciatingly difficult conditions the refugees experience on their journeys. And the discussions invariably veer into the torture they’ve faced – especially in Libya. They are routinely detained and housed in jails, made to work without pay, not fed enough, and much, much worse. Sadly, their time and experience in Libya is so distressing that it is sometimes all they want to talk about, to vent about. They recount in vivid details the hardships they’ve been facing on their journey. Many of them leave home with optimism, only to discover that things in Libya are much worse than they heard of and imagined. From our youngest to our oldest survivors, the males and females, the tales are depressingly consistent. 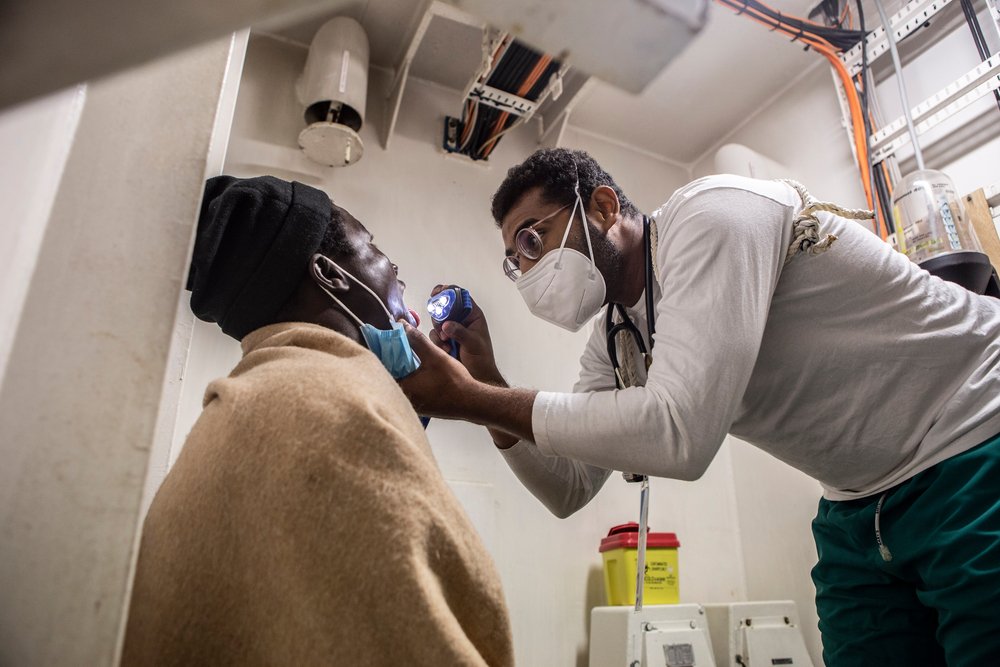 Living in danger for months and years

Among my responsibilities on the ship is to do my best in accurately and specifically documenting all the physical evidence I can of the torture that’s been inflicted on them. The purpose of this is to help ensure that the cases of torture and violence they experience is not overlooked by the European authorities. Many have been living in danger for months and even years. The survivors come to me with a tapestry of grim reminders of their time in Libya on both their minds and bodies. The lucky ones will only exhibit the psychological effects... the unluckiest ones will come to me with evidence of permanent injury. These violence consultations are the most difficult for both me and the survivors. I find myself looking at the survivors almost like my younger brothers and sisters, and it’s really very sad to hear what they’ve gone through. 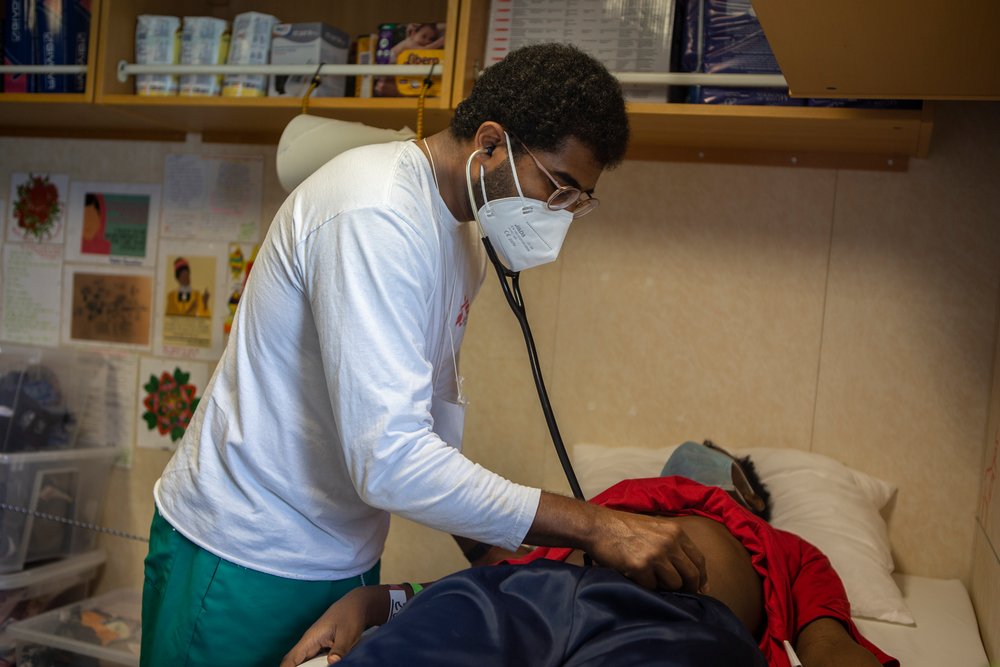 Anna Pantelia/MSF
MFS Medical team on Geo Barents exams one of the survivors who was recently rescued by the search and rescue team among 101 people. (April, 2022).

Discussing these past events oftentimes triggers deep emotions and it can be very difficult for them to express what they’re thinking. I am aware of the terribly uncomfortable position they are in by having to re-live their experiences, but we also understand that putting together these reports and medical certificates ultimately benefits the survivors. It is extremely important that all forms of testimony and witness to these atrocities are comprehensively documented by our staff. And it is through this reporting that we hope to drive the European community to more humane immigration policies and to denounce the inhumane treatment the survivors face throughout their journey.

Personally, the stories and incidences that I am documenting in minors are the hardest for me to get through. I interviewed one 16-year-old who came to me with a sheet of small scars and healed wounds spanning his left upper chest and arm pit. He told me (as many survivors often tell me), that he was detained in a jail and his captors demanded money from him. 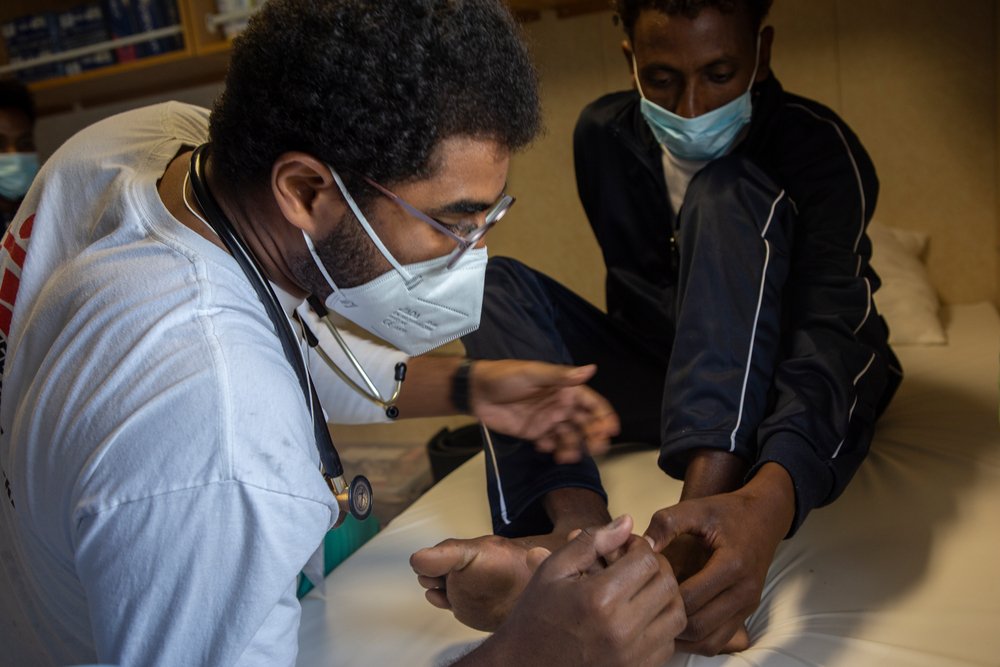 Anna Pantelia/MSF
MFS Medical team on Geo Barents exams one of the survivors who was recently rescued by the search and rescue team. (April, 2022).

As neither he nor his family could pay (as many survivors often tell me) they proceeded to beat him. They then tied his arms up, lit a lighter, and sprayed cologne from a bottle through the flame into his chest and arm. This created the large area of burns on this boy’s body. This happened 6-months prior to our rescuing him. Largely, his wounds were healed. His arm was fully functional. His pain had resolved. But the permanent psychological wound an event like that can leave is extraordinary. He is a nice boy, but clearly withdrawn and has a sadness about him.

Hung by his arms and suspended in the air

Another situation that I found extremely difficult was involving a minor who was hung by his arms and suspended in the air while being beaten by a rubber hose. During his time being hung in the air, he seemingly sustained an injury to the nerves that go into right shoulder and control the arm. 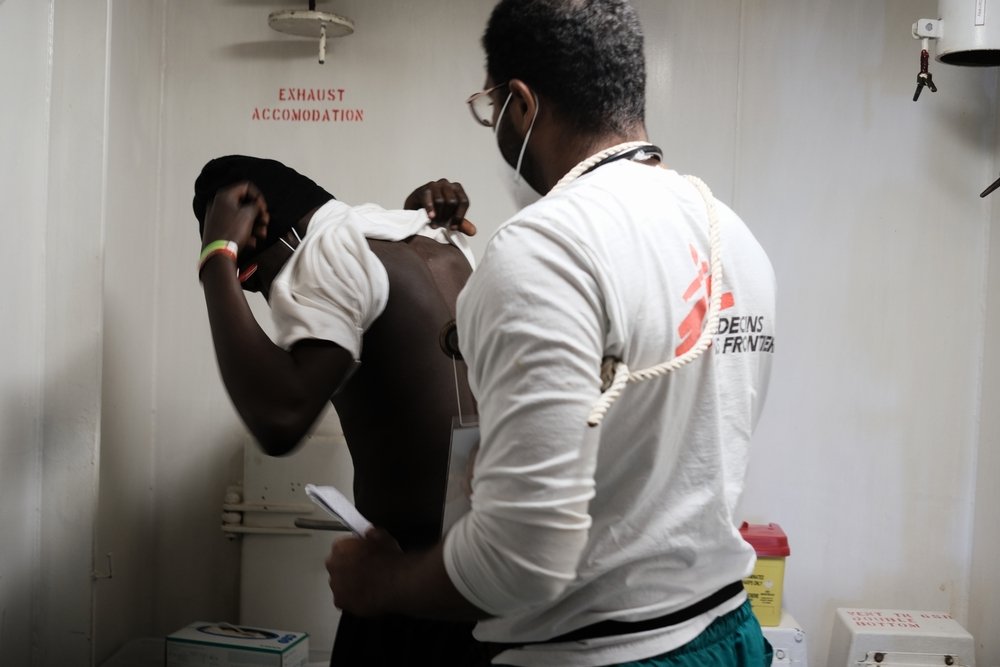 Kenny Karpov
A medical doctor with Medecins Sans Frontieres conducts an exam of a migrant for scabies in the back deck on board the Geo Barent. (March, 2022).

As a now 18- year-old with his whole life ahead of him, he enters his adult years with an injury that at this point is limiting his function. I wonder how much strength and mobility he will be able to gain back in the arm in the future. And I worry that his limited ability to use it will hinder his future ability to work. With all that, however, what is memorably beautiful about this young man was how he was always smiling and laughing. They tried to break him but could only get his arm.