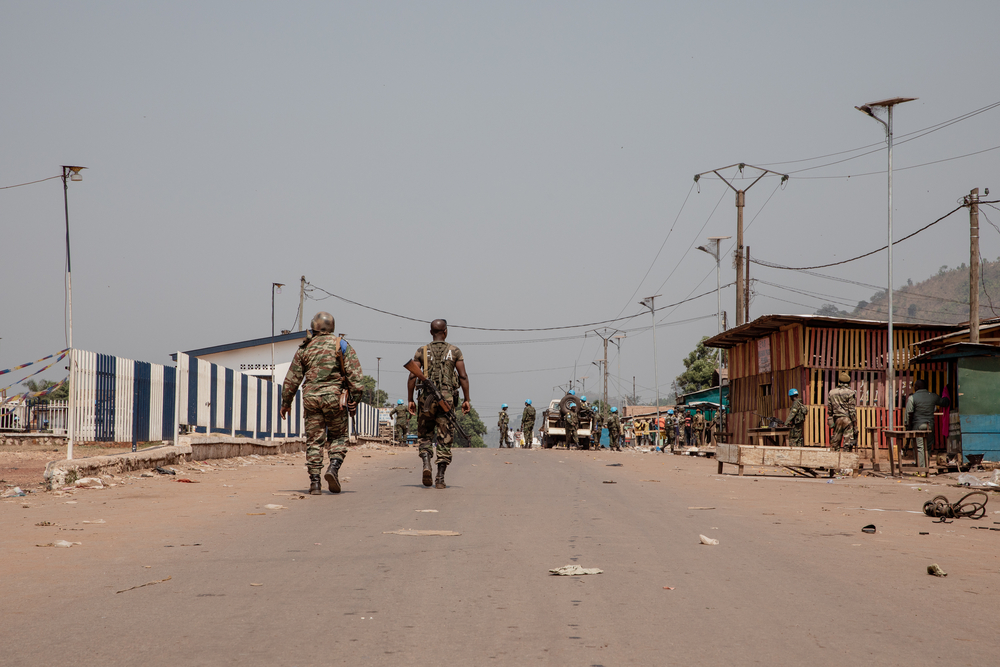 Violent clashes in the city of Bambari on February 15th and 16th wounded civilians and hit a medical centre supported by Doctors Without Borders/Médecins Sans Frontières (MSF) with bullets and explosives, as such further compromising the already very precarious access to healthcare.

The MSF surgical team in Bambari hospital and colleagues in the Ministry of Health treated a total of 36 war-wounded patients at Bambari Regional Hospital. The majority of the wounded arrived on Tuesday, as soon as the fighting subsided, allowing ambulances and patients to access the hospital.

“The current humanitarian crisis in Bambari and across the country is dreadful and violence affecting civilians has to stop," says Marcella Kraay, MSF Deputy Head of Mission.

"The Central African population has already suffered so much, and what we saw last week was yet another example of the toll of violence on the population, including women and children with bullet and shrapnel wounds.”

Severe damage to the medical centre

The Elevage Centre de Santé in Bambari, where MSF supports the Ministry of Health in the provision of primary healthcare serving a community of about thousand people, was found severely damaged by the fighting.

The MSF team inspecting the grounds after the violence came to an end, discovered that an explosion and gunshots had damaged the MSF medical tent, including the patient consultation rooms.

Bullet casings could be seen littered on the floor throughout the medical compound. As the fighting came closer and closer to the clinic, they were told, the medical team present during the fighting fled the scene.

A medical centre is a neutral space protected under International Humanitarian Law (IHL) and must never be targeted or used for fighting or any military purposes.

Marcella Kraay: “In this time of crisis, we are calling on all parties to the conflict to respect medical facilities, ambulances, medical staff, as well as patients and their caretakers at all times. Unhindered and sustained access to the civilian population affected by the violence must be ensured in order to allow the delivery of much-needed medical care.”

Increased suffering for the population

In the past two months, fighting has erupted between a coalition of non-state armed groups and government forces supported by international military allies, plunging the country into a new cycle of violence. The city of Bambari, in the Ouaka prefecture, has been the theatre of clashes since mid-December. So far MSF has treated 111 war-wounded patients in Bambari since December 2020.

The impact of the fighting on the Elevage Centre de Santé further compounds the populations’ suffering, limiting people from access to healthcare for a full week, until damage has been repaired and medical activities have resumed again.

Beyond the direct victims of this violence, the population of the Central African Republic in general is left with very limited access to essential medical services due to growing violence and insecurity. Over 200,000 people have already been displaced either inside or outside of the country and live in very precarious conditions.

MSF is working to ensure continuity of care in all its projects and has increased its surgical capacity to respond to the influx of casualties and is providing assistance to displaced populations in the areas where the organisation is present.

MSF teams stand ready to support the Ministry of Health in coping with a potential surge in the number of war-wounded and to assist the displaced populations across the country.

more on the central african republic >