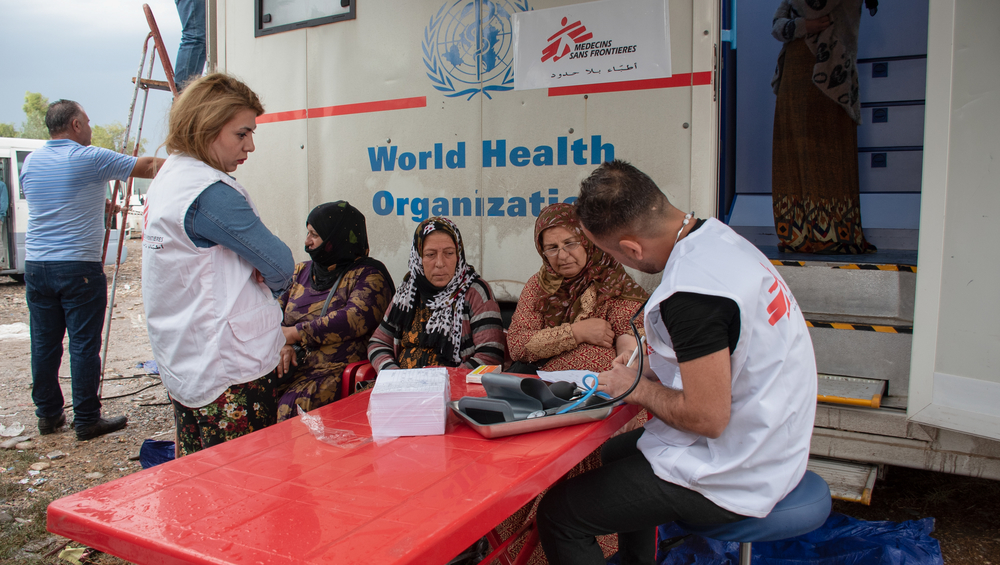 Mental health issues are beginning to emerge amongst people arriving in Iraq from northeast Syria.

MSF teams recently opened a healthcare center in Bardarash camp, and according to Bruno Pradal, the MSF Mental Health Manager there: “Roughly 50 per cent of the people we saw during our mental health assessment in the camp were presenting symptoms linked to depression and anxiety, as well as Medically Unexplained Physical Symptoms – or physical symptoms without a medical cause, such as stiffness in the muscles, headache, back pain.”

Bardarash camp currently hosts 11,000 people from Syria and is already at full capacity as people continue to arrive.

An MSF team is moving tent-by-tent in this camp to meet and talk to people, identify the people most in need of mental health support, and refer them to the new healthcare centre. In certain cases, the teams provided psychological first aid to people in particularly vulnerable conditions.

“A shell landed near my neighbour, and he was wounded,” said Salih, a construction worker from Qamishli. “He asked me to take his disabled son with me and look after him. He is with me now amongst my children.” 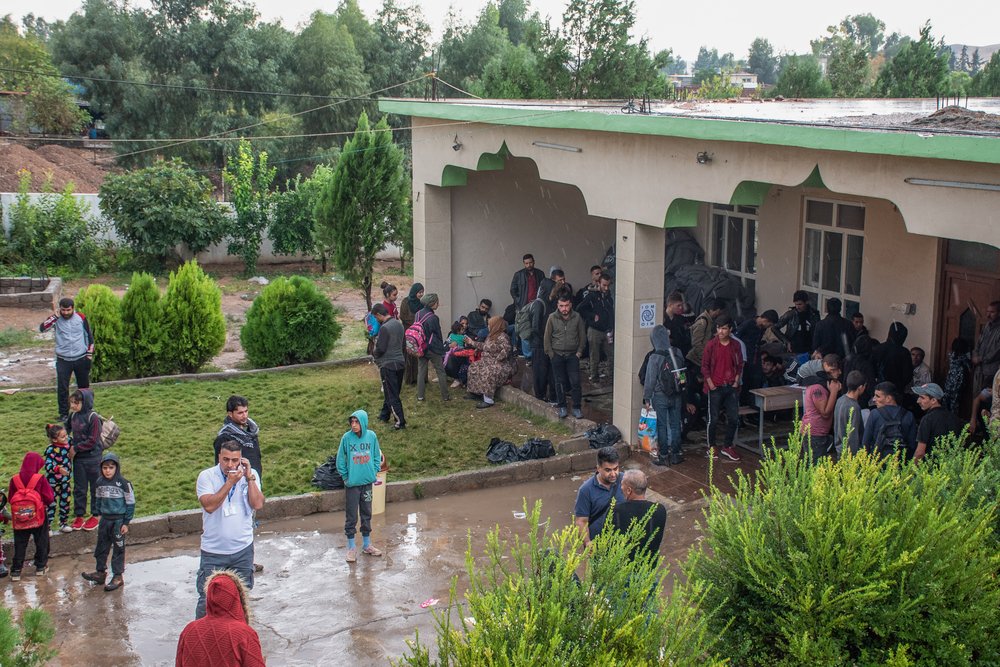 MSF/Hassan Kamal Al-Deen
Newly arrived refugees from NE Syria in a mosque in Khale village, that is used as one of the registering sites for the new arrivals, waiting for their names to be called for the busses to be taken to Bardarash camp.

“There is no safety in Syria anymore,” said Salih. “I don’t sleep and eat properly. I’m scared, I don’t want to go back, I want to be able to sleep without the sound of gunshots and explosions and the fear of a rocket hitting my house.”

The mental health workers met people with suicidal thoughts as well as people with the early symptoms of post-traumatic stress disorder. MSF teams are also promoting and strengthening resilience by providing people with tips on how to care for themselves and others, and cope with stress.

“People were worried about the future and were feeling hopeless, thinking about the things they were forced to leave behind like their homes, jobs, family members, and loved ones,” Pradal said. “Even though it is common to see these symptoms as a result of what these people have been through, that does not mean they are not in need of immediate mental health support.” 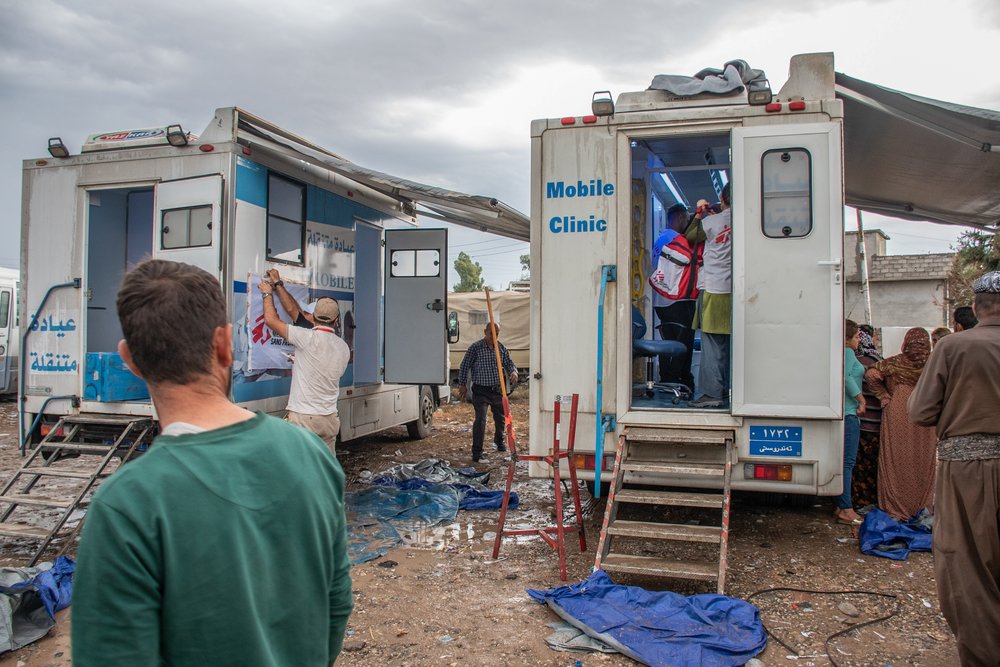 MSF/Hassan Kamal Al-Deen
MSF mobile clinics at Khaleh village close to the Iraqi-Syrian border, where the newly arriving people from NE Syria were being registered then later transferred to Bardarash camp.

Most people say they are coming from Ras Al-Ayn, Qamishli - respectively 220 and 110 kms from the Iraqi border. A few have started to mention Al-Hasaka. Some of the people our teams talked to fled to at least one other location inside northeast Syria before making the decision to cross the border into Iraq.

Many said other people were left behind, either because they had a sick member of the family or because they couldn't find the right time to leave, among other constraints.

“Two of my daughters are still in Syria. They told me to go and they would follow soon after with their families,” said Salih. “It’s been 10 days and I haven’t had contact with them, and I don’t know whether they’ve come out or not, or what happened to them.”

MSF treating people for a range of conditions

In addition to the mental health support, the new MSF healthcare centre provides health services to many men, women and children in the camp suffering from upper respiratory tract infections such as nasal discharge, colds and coughing, mainly caused by the cool nights spent in tents. People with non-communicable diseases including diabetes and asthma were also treated, as well as some people affected by watery diarrhoea.

Meanwhile, we continue the activities we started a week ago along the Syrian border in Al-Walid and Sahela refugee camps. Mobile clinics are providing basic health care and screening for malnutrition at the two sites.