War in Ukraine: Escaping the bombs in Mykolayiv and heading west

March 14th, 2022- At the Palanca border crossing in Moldova, thousands of Ukrainians are arriving every day to escape the fighting in the south of Ukraine. Since the war began, more than 230,000 refugees (as of March 8) have arrived in this small country of 2.6 million people. Less than half of them have stayed in the country. 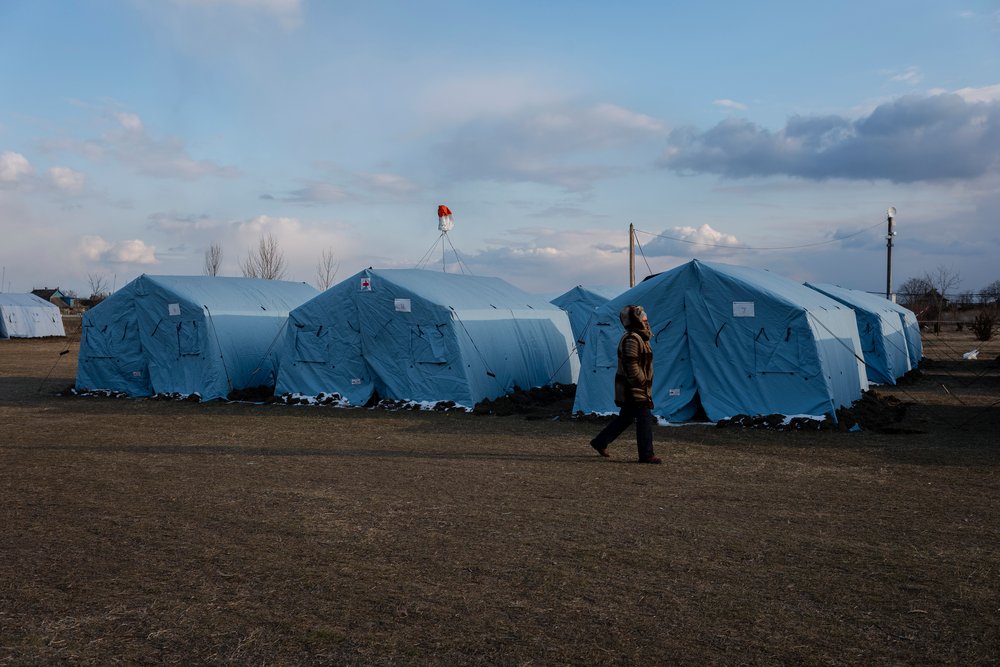 Those arriving in Palanca are mainly from Mykolayiv, a blockaded town 130 kilometres east of Odessa, and a target of intense bombing. 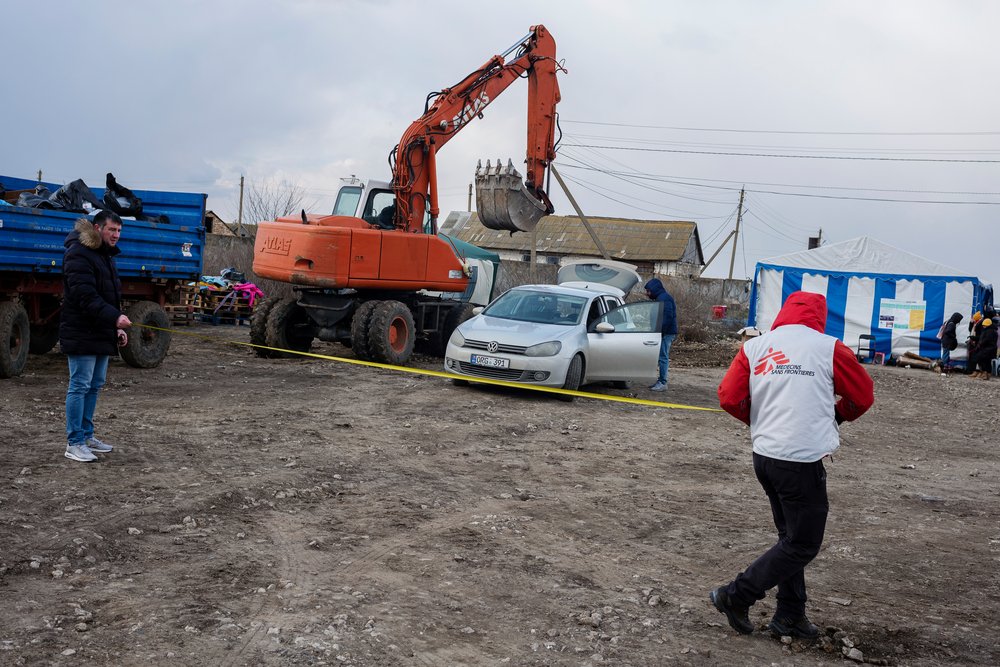 Entire families - mainly women, children and the elderly - often wait several hours in sub-zero temperatures and wind before being allowed to cross the border. 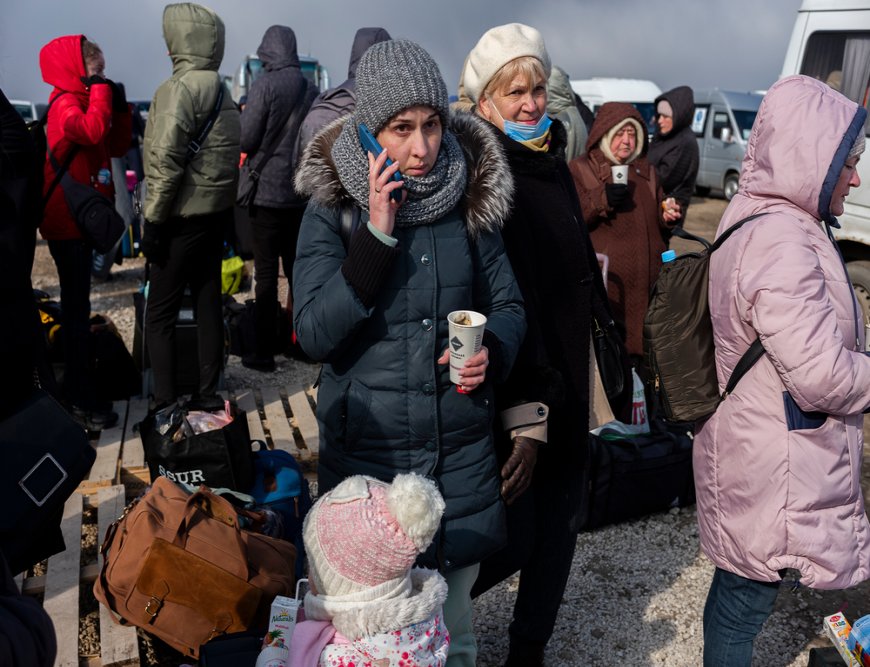 Volunteers welcome them with tea and food, and some tents to shelter them from the wind.

Discharged by the military

Sergei, 32 years old, is from Mykolayiv.

After several days of bombing, he took his pregnant wife and 6-year-old son to safety in Poland, before returning to Ukraine. 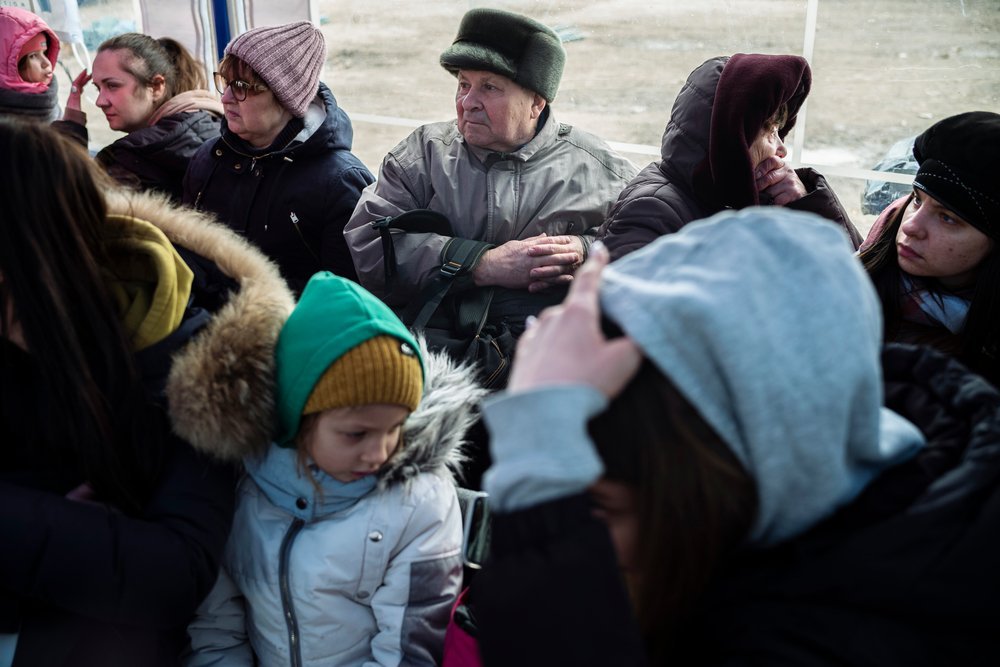 Maxime Fossat
Ukrainian refugees are resting in a warmed up tent at the Palanca departure dispatch point. (March, 2022).

Today, he leaves Ukraine through Moldova to join his family.

He is one of the few men allowed to leave the country: treated for hepatitis C in Mykolayiv by MSF, he was discharged by the military.

Dozens of people a day, victims of physical deterioration from chronic diseases - hypertension in particular have been treated at the medical post located at the Moldovan border post. 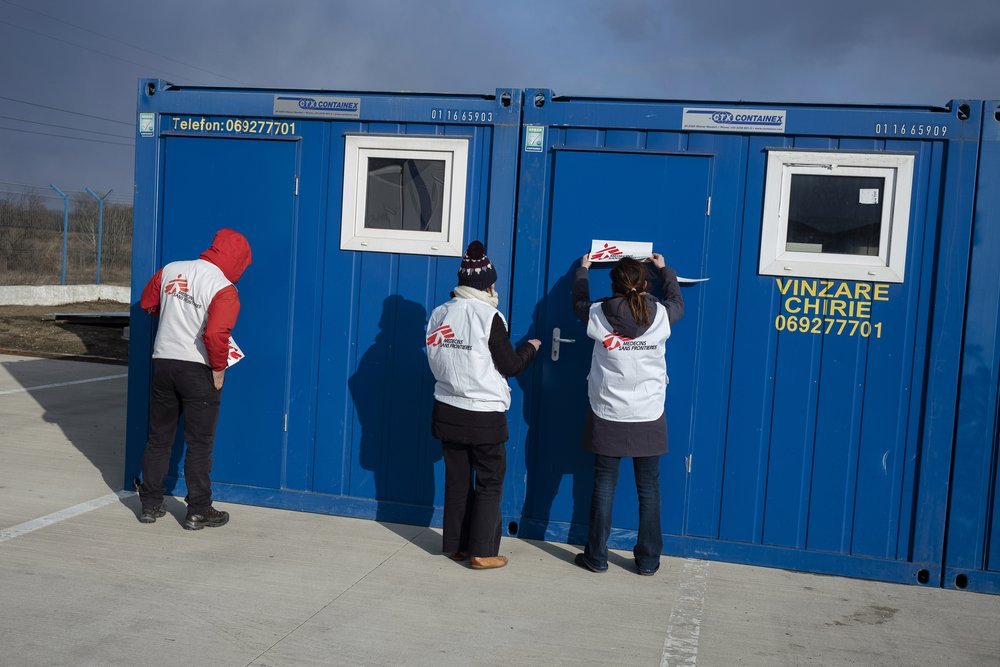 Maxime Fossat
MSF is setting up a medical centre in Palanca to support the Moldovan teams already on site. (March, 2022).

MSF has set up a medical centre in Palanca to support the Moldovan teams already on site, and offers psychological first aid. Once the border is crossed, the majority of Ukrainian refugees leave the country, heading for Romania, Poland and other destinations in Europe.

Please visit the link below, should you wish to donate to our general funds.