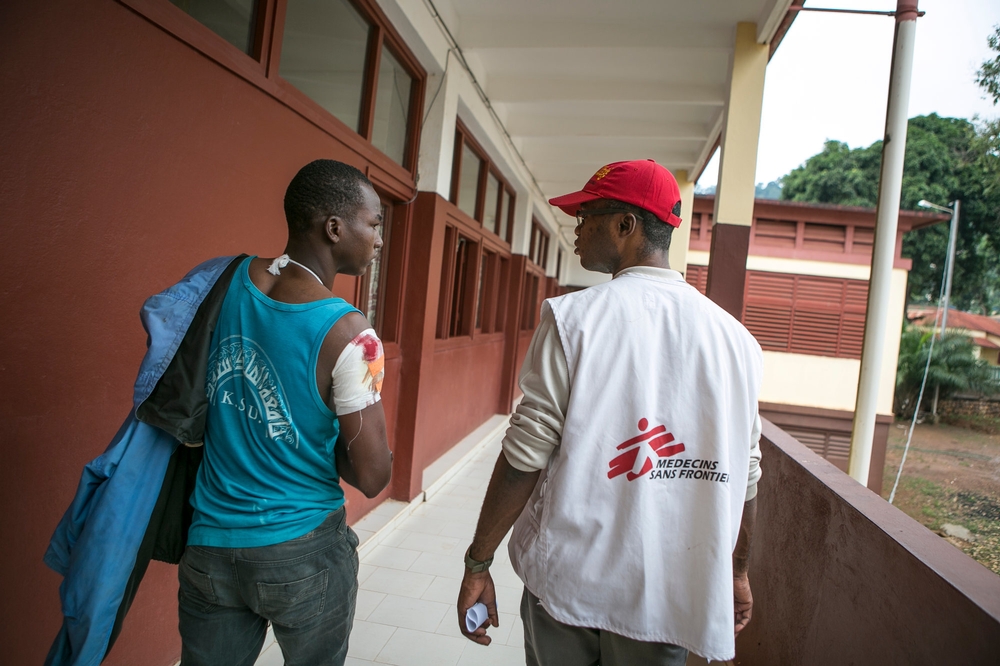 The Pope brought a message of peace and reconciliation to the Central African Republic (CAR) on his high profile visit to the African country. But will this message translate into any concrete improvements for the people of this neglected country, so severely affected by conflict?

What is the humanitarian situation in the Central African Republic today?

The humanitarian situation is still critical. 1.5 million people are food insecure according to office for the Coordination of Humanitarian Affairs (OCHA).

The public health system is insufficient and international NGOs are attempting to fill the gap.

72% of public health facilities are damaged or destroyed by the violence and looting, and medical personnel are unskilled, or are not performing their functions due to widespread insecurity, especially in the provinces.

What are the health needs of the people of the region?

The health needs are currently immense: the HIV prevalence rate is the highest in central Africa, malaria is endemic and is the leading cause of death among children under 5 years.

Immunisation coverage is virtually absent throughout the country. The mental health needs are significant, with people traumatised by the past three years of violence, atrocities, and permanent insecurity.

According to OCHA, there are now 447,487 displaced people in CAR and 456,714 refugees in neighboring countries. Today, 20% of the Central African population are internally displaced or are seeking refuge in other countries.

What are the consequences of the violence of 26 September in Bangui?

On 26 September, the violence triggered by the killing of a Muslim motorcycle taxi driver has again significantly affected the population.

Dozens of people have died. 512 injured people have been treated in hospitals in the city (including 298 by MSF), and 44,000 have fled their homes.

Since December 2013, more than 500,000 people, or 70% of the people of Bangui, were displaced according to OCHA, having fled mainly to camps for internally displaced people (IDP’s).

How is MSF providing for the medical needs of the people affected by violence?

MSF is running mobile clinics in five IDP sites. With more than 1,000 consultations a week, mainly for malaria and respiratory infections. These mobile clinics allow people to have free, quality care despite a volatile security environment.

Our teams have conducted a vaccination campaign against measles for children aged 6 months to 10 years in 12 priority sites.

Among these are the IDP camps and the Central Mosque of the PK5 district, where MSF runs a mobile clinic once a week. MSF also supports pediatric care at the Mamadou Mbaïki health center in PK5.

In total, MSF has treated nearly 300 injured in the three health facilities from 26 September to 6 October, including 183 in Bangui General Hospital.

850 surgical operations were performed in the same hospital from September 1 to October 30.

What is the situation outside of Bangui?

The recent violence in Bangui has also affected other regions. Safety is not assured on the roads, which is paralysing an already devastated economy and posing problems of supply in essential goods, food and humanitarian aid.

This has implications for the deployment of aid, with convoys regularly targeted in attacks.

Several MSF supply vehicles have been stranded in Cameroon. Some areas are not accessible by road, forcing us to use expensive flights to supply material to our projects.

Movements to and from health facilities have been dangerous, and the vehicles responsible for collecting the wounded have sometimes been targeted.