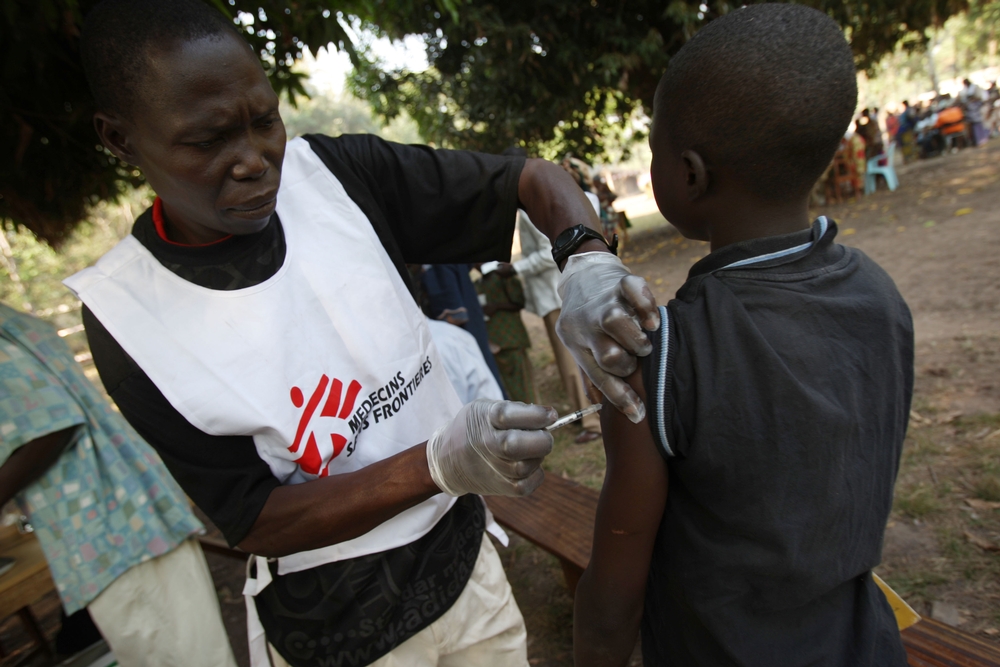 CAR: MSF suspends part of its activities in Kabo after an attack on its facilities

Médecins Sans Frontières/Doctors Without Borders (MSF) has withdrawn part of its team and partially suspended its activities at Kabo hospital, in the north of the Central African Republic (CAR).

Aggression against the humanitarian community

The medical humanitarian organisation suffered a violent attack on Wednesday April 1st at the facilities it uses as both office and accommodation for its international team.

This aggression against the humanitarian community poses a serious obstacle for MSF operations for the people in the area, where almost 50,000 people are living without any other healthcare service provider.

As an independent international medical organisation, MSF’s sole purpose is to address the medical and humanitarian needs of the people it helps.

MSF calls on all parties in the conflict in CAR to respect civilians, healthcare workers and humanitarian staff, both in the Central African Republic and internationally.

MSF is the victim of a violent attack in Kabo

In Wednesday's incident, two unidentified gunmen took advantage of the afternoon’s heavy rainfall to launch a violent attack on the MSF complex, before fleeing with various valuables.

Several foreign personnel on posting in the CAR have been evacuated to the capital, and some medical activities in the hospital have been reduced until the situation improves and MSF has guarantees for the safety of its facilities, patients and teams.

Paediatric and emergency care services are being maintained both at the hospital and in health centres on the outskirts of Kabo.

false
Boris Matous/MSF
An MSF vehicle in the road between Kabo and Moyenne Sido, northern CAR

After the incident, MSF members contacted representatives of the armed groups and civilian authorities in the area to reiterate the need to respect the humanitarian community as a means of protecting the people and maintaining access to basic healthcare.

In response to the attack, on Tuesday April 7th community leaders organised a protest against the aggression suffered by MSF and businesses closed for the day.

More than 500 people from Kabo and the surrounding areas marched through the streets of the town, with the mayor and various community representatives leading the march.

A second violent attack in a matter of days

The attack last week is only the latest armed incident that MSF has faced; a few days prior to the attack an MSF vehicle was attacked on the outskirts of Kabo as it returned from a visit to a health centre.

“Such incidents are symptomatic of the climate of violence that exists in the country. Without security we cannot carry out our activities and that puts at risk the healthcare services relied on by thousands of people in the CAR,” said MSF country coordinator, Laurence de Barros.

false
Anna Surinyach
Since 1997, MSF has provided medical care to the population in CAR affected by acute poverty, violence and insecurity

Thousands of Central Africans depend on MSF for healthcare

The people in the northern region of the CAR present with the diseases typical of the CAR, such as malaria, respiratory infections and conjunctivitis, and thousands of patients in the region depend on MSF intervention to have their illnesses diagnosed and treated.

Since December 2013 and in response to the crisis, MSF has doubled its medical projects and currently runs around 20 projects, including certain ones for Central African refugees in neighbouring countries such as Chad, Cameroon and the Democratic Republic of the Congo.

MSF has been carrying out its activities in Kabo since 2006, and last year it provided healthcare services to 46,000 people in the area, the majority of which were in relation to malaria.