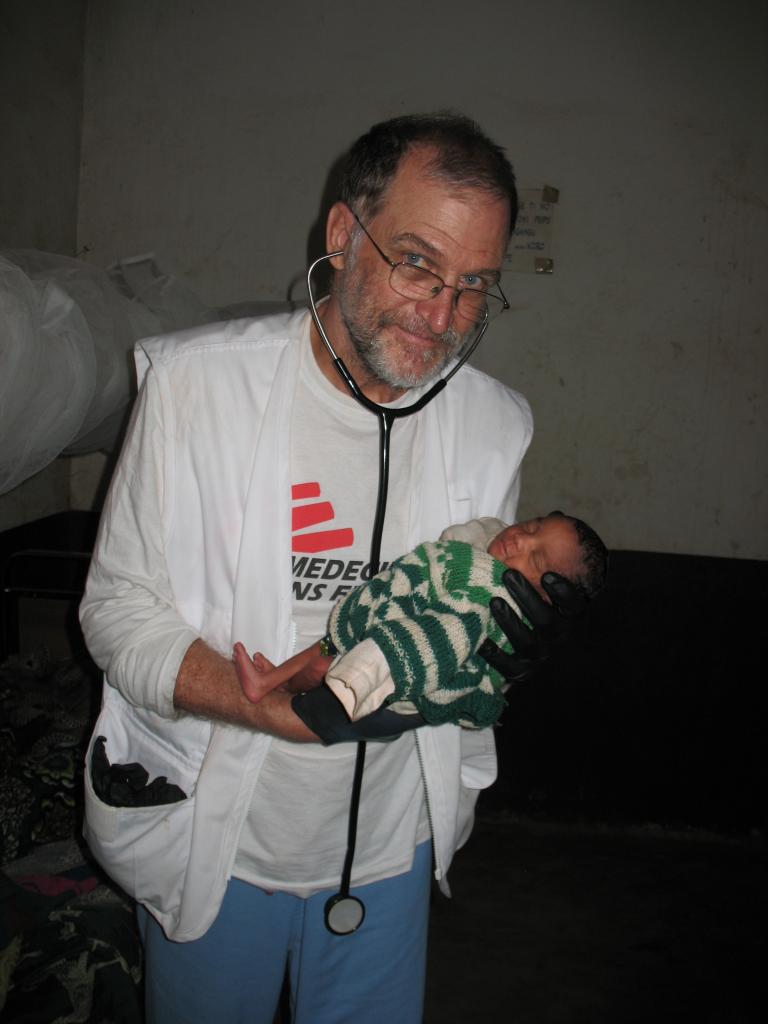 Central African Republic: “We are talking about a crisis on top of a crisis"

The president of MSF-Spain, Jose Antonio Bastos, has just returned from a visit to the Central African Republic (CAR), a country that experienced a coup d'etat in March by the opposition coalition Séléka, which ousted the government of François Bozizé.

Just two short months later, CAR seems to have been forgotten, not only by the media, but also by the international community, although this period of upheaval, with widespread robberies, looting and occasional fighting has only worsened CAR’s state of crisis.

MSF is calling for greater involvement by UN agencies and INGOs to respond to the urgent needs of the population and to maintain and enforce international aid commitments to one of the poorest countries in the world.

You visited Bangui several years ago. How did you find the city on this visit?

I was there in 2011. Bangui seemed to me a poor, languid and lethargic city. Now it is a frightened and scared city, permeated with a feeling of insecurity, with heavily armed young men patrolling the streets in pickup trucks. The situation is still very volatile and no one can predict what will happen in the near future.

What was the purpose of your visit?

I was there to meet the new Séléka authorities and to share our impressions with other humanitarian actors present in Bangui and CAR. I had the chance to meet the new Health Minister, the Home Affairs Minister, and Michael Djotodia, the new president of the transitional government, amongst others.

We conveyed our concern regarding the widespread looting that has affected all humanitarian organizations and NGOs, MSF included. We discussed the insecurity that has forced some of our teams to temporarily evacuate projects and the attacks against health structures. But our main concern is the ongoing vulnerability of the population, which was already very fragile before the coup d’état.

What was their response?

They are generally very supportive and grateful for MSF's commitment to the country. They share our concern about the impact of the crisis on the population and they are willing to make an effort to improve the health system by, for example, coordinating a joint action against malaria. And they have expressed their intention to help prevent further lootings or attacks on health structures, so we can continue and expand our work.

What are MSF fears regarding the population?

We have witnessed people being displaced, people fleeing their villages to hide in the bush where they have been more exposed to mosquito bites, meaning a higher threat of malaria and with the rainy season starting we expect to see a peak in malaria cases.

Many patients have seen their treatment for HIV or tuberculosis interrupted, which is very dangerous. Preventable diseases, such as measles, in a country with already very low vaccination rates, are also a concern. People haven't been able to tend their crops as they are too scared to go to the fields.

Their seeds, food stocks and tools have been looted, so we also fear food insecurity and an increase in malnutrition rates. We are talking about a crisis on top of a pre-existing crisis.

What do you mean?

Before the political upheaval CAR was already in an emergency situation. The life expectancy is only 48 years, there are huge numbers of malaria cases, death rates  are well above  emergency thresholds and the health care system is generally poor.

This latest crisis has made the situation worse: we have a combination of acute needs (more malnutrition, more malaria cases, health centres and hospitals destroyed, vandalized or looted) on top of an existing emergency before the coup d’état.

How are MSF teams keeping up?

I've been very impressed by them. In Bangui there were some of our people that had to evacuate the projects in Kabo and Batangafo, in the north, due to security incidents.

Although they were shocked, their only thought was to go back (they are back now), as the two projects cover an area with more than 130.000 people that were left without specialized medical care.

Early this year when the political upheaval began, MSF began scaling up activities and we opened emergency projects in Damara and Sibut, close to the front line.

We have just opened another emergency project in Bossangoa, north of Bangui and we have also re-supplied the local hospital with anti-retrovirals. There are currently thousands of HIV positive people with their treatment interrupted due to the current situation.

At the Community Hospital in Bangui, we have organized an independent surgical theatre to reinforce the existing one, as surgical cases were straining the hospital's capacity.

We have suffered serious losses with our vehicles stolen, our warehouses and offices looted and we have asked the new government to take responsibility for the losses, but we are determined to return to our normal activities and expand our emergency activities.

What about the response of International agencies and other humanitarian actors?

With some exceptions, disheartening. The looting and the insecurity have forced some UN agencies and NGO to downgrade their activities and it doesn't look as though they will return to their previous level of activities in the short term, when they are most needed.

We call on agencies who previously committed to providing malaria, HIV and tuberculosis drugs to resume their activities and we call for a greater involvement of NGO and UN agencies in the country, to respond in a timely manner to the current crisis and  the acute needs of the population, but not only that as also previous commitments by donors and the International community with CAR need to be respected.