08 October 2021- For months, inhabitants of Nzacko have fled their village and been unable to access humanitarian assistance due to insecurity. A few weeks ago, an Médecins Sans Frontières (MSF) team was the first to reach again this town whose story mirrors the crisis that Central African Republic (CAR) has been experiencing for years.

As MSF staff and supply vehicles enters Nzacko on a late July evening, the landscape offers a succession of demolished buildings overgrown with vegetation, burnt-out cars, abandoned markets and shops. Silence reigns, in sharp contrast to the fury of the clashes that have resounded in this area for months. 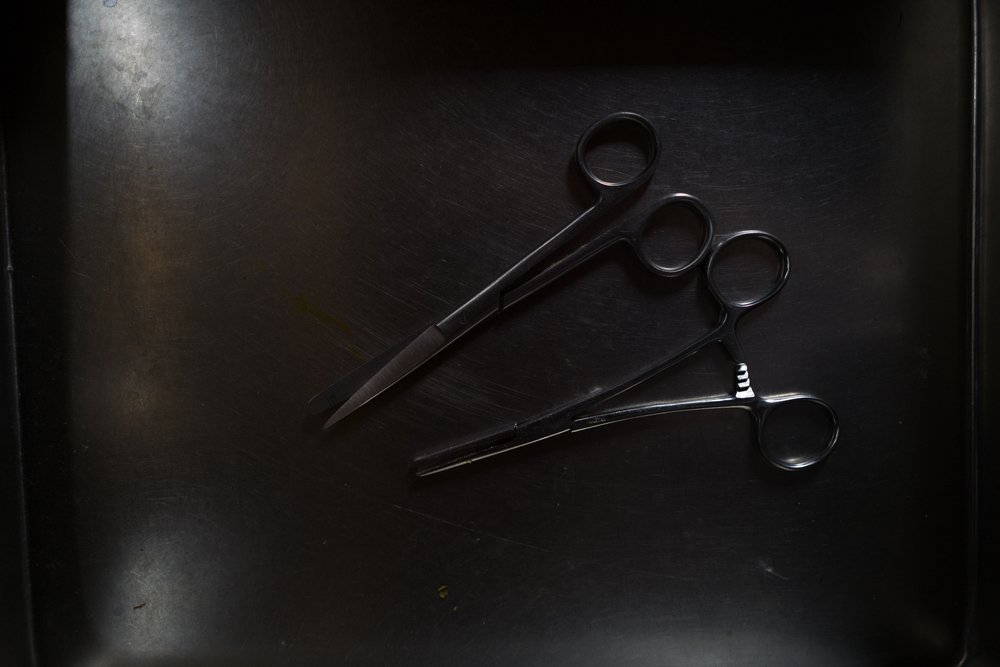 Like so many other villages in CAR, Nzacko has been regularly confronted with attacks, lootings, extortion and destruction in the past decade. Its 15,000 inhabitants have been trapped in a cycle of violence that dramatically affects their living conditions.

"During the delivery, there was only lemon to disinfect"

Rose*, 44, knows this all too well. Like other people from Nzacko, she has experienced the consequences of the collapse of her village and her country.

"In 2013, our lives were turned upside down," she recalls. "Because of violence and massacres, we had to flee and hide for months. We didn't have much to eat and my daughter started to get very sick."

"When we finally got back home, there was no food in town.  My daughter suffered from malnutrition."

"We went to the health centre, but there was nothing there, and the nurses had fled to Bangassou. She died that night. With the help of our neighbours, we buried her a few metres from the house.”

Three years after this tragedy, Rose was about to give birth when massive clashes resumed in the village, resulting in the destruction of more than 10,000 homes and a new cycle of misery for the inhabitants.

"I obviously couldn't flee, and the health post was abandoned again," she says. "The only midwife left in Nzacko came to my house to help me. She just had a plastic tarp and lemon to disinfect her scissors."

"There was not even any soap left. I gave birth on that tarp... But when my daughter was born, we didn't hear her scream. We didn’t her cry. She died a few hours later. We buried her alongside her sister."

This double tragedy haunts Rose and her family, who had to flee again in January when the clashes resumed, as they did everywhere else in the country following the presidential elections at the end of 2020.

"We were in the forest for four months," says Jean-Marie*, Rose's husband. "Once again, we struggled to find food. We were all very weak, especially the children.”

A village cut off from vital support

People of  Nzacko village have fled the village due to insecurity

Like Jean-Marie and Rose, most of the people of Nzacko fled the village, living in very precarious conditions, unable to access humanitarian assistance because of the insecurity.

It is a critical situation, which has actually been going on for years.

"With the exception of MSF, few organisations have had access to the village since 2017 even though the situation there is worrying for things such as malnutrition and water-borne diseases," confirms Pelé Kotho-Gawe, MSF nurse supervisor for the trip to Nzacko.

"Even if our trips were short, we managed to get there. But with the resumption of fighting earlier this year, access has been made impossible."

Population gradually begin to return to the village of Nzacko

As clashes eventually ended, Rose, Jean-Marie and the rest of the population gradually started to return to Nzacko. In July, MSF was the first humanitarian organisation able to return to the village in order to assess needs and support the only existing health centre.

"When we arrived, we found out a health centre in shambles" says Pelé, who led the first MSF trip a few days earlier. 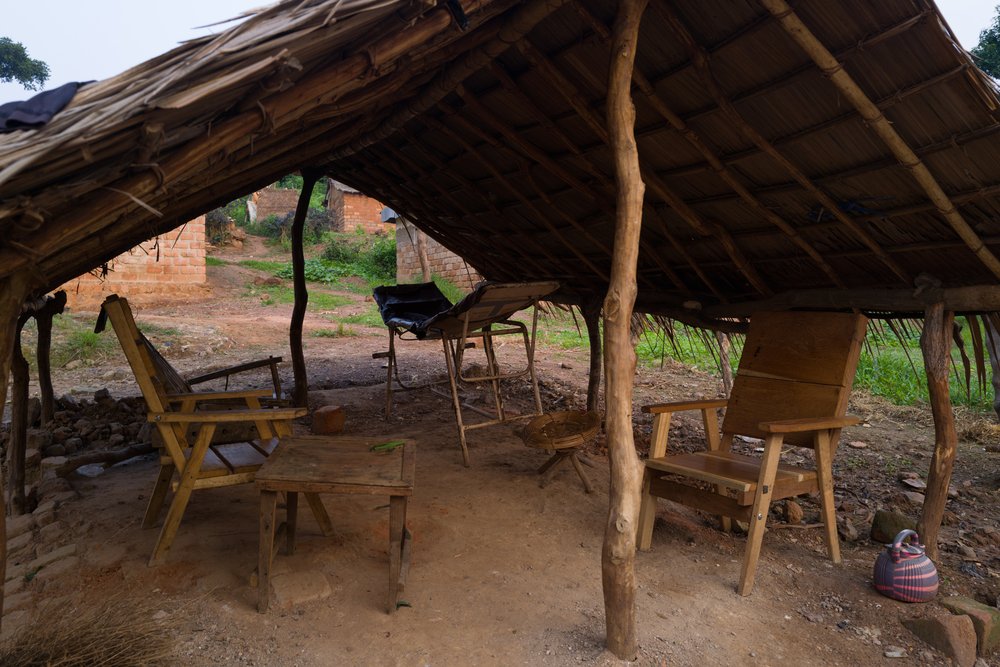 MSF
A hut outside the Nzacko health center, where some patients when the center in full.

"The pharmacy was empty. Equipment was non-existent or inadequate, and the staff were not sufficiently trained to provide adequate care to the population while needs were enormous. In the forest, malaria and malnutrition had taken their toll."

The MSF team entering the village on this late July evening left early this morning from Bangassou, 190 kilometres to the south.

It took more than 10 hours for the vehicles to reach their destination.

In this rainy season, the road is muddy and crossing the river was not easy. Because of the storm, a tree fell on the road, forcing the team to get out the saws in the pouring rain and break down the tree to allow the vehicles to pass.

The MSF team arrived safely. The plan is to stay here for four days. 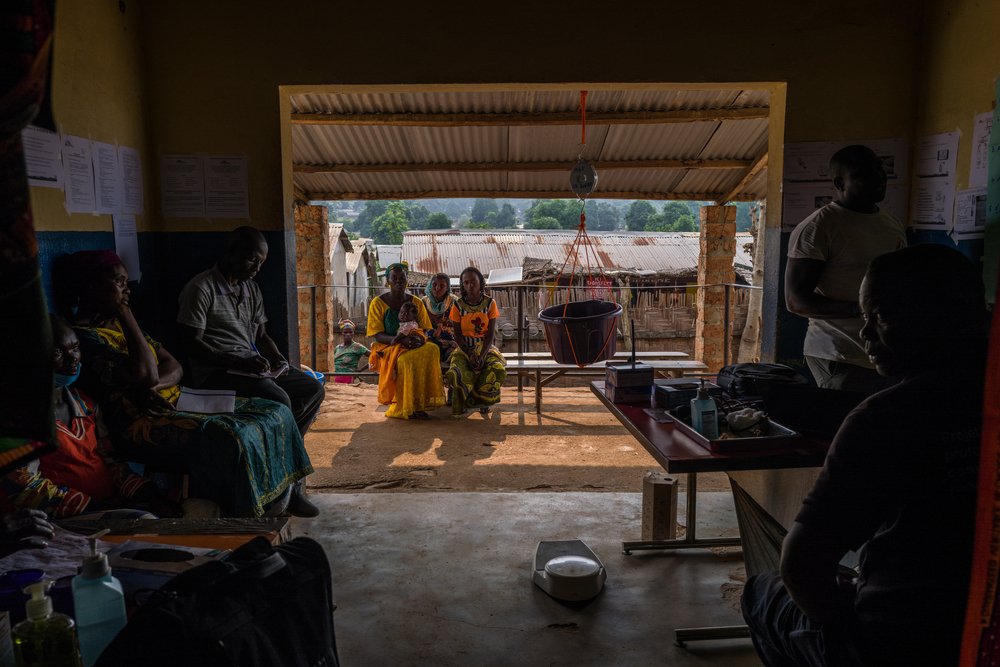 MSF
Pelé Hubert Kotho-Gawe, from the MSF outreach team, conducts a training for the local staff at the Nzacko health about the priority diseases in the area. July 2021

It is all part of a race against time given the number of patients squeezed into two poorly equipped wards, with cracked walls and narrow beds

Lying on one of them, Octavia Braza, 33, is about to give birth to her seventh child. The contractions started more than three hours ago and she feels weak.

"She hasn't eaten all day because she has nothing left and has to feed her children," explains Sylvie Grengbo, the midwife at the centre. Sylvia is the midwife who helped Rose give birth in 2017. "This is going to be difficult."

Such situations of exhaustion and malnutrition can be life-threatening for both the mother and the child.

Increase in maternal mortality in the recent months

In recent months, there has been a marked increase in maternal mortality in the area.

Fortunately for Octavia, the arrival of MSF with glucose and misoprostol - a drug that helps induce labour - will provide support.

Regaining some strength, Octavia can finally take her son in her arms after five hours of effort. It's 5:30 p.m., the baby is out of danger. So is she.

The sun is slowly setting over the village. Tomorrow morning, MSF staff will head back to Bangassou before coming back here next week. Malaria, malnutrition, respiratory infections... There is a lot to do to meet people’s health needs. 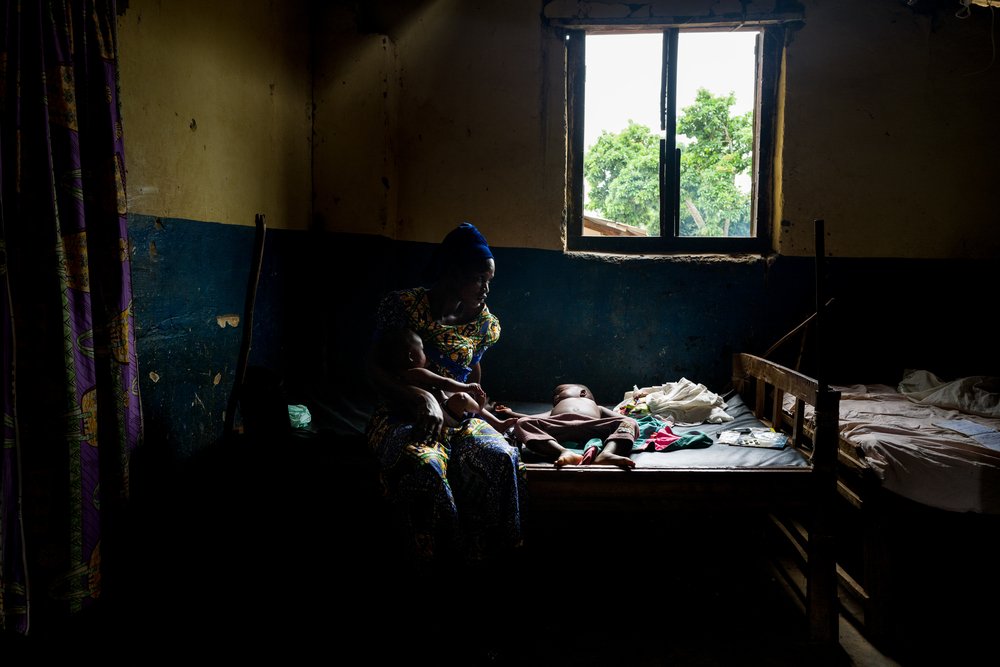 As they leave, inhabitants thank the team and ask them to return as soon as possible.

In the crowd, a woman steps forward, supported by her sister and accompanied by her daughter. Her name is Veronique and she is seven months pregnant.

The young woman is in great pain. The team examines her and the conclusion is immediate: she must be taken to Bangassou. This time, the journey will only take eight hours.

Once arrived at the hospital that MSF has been supporting since 2014, Pelé Kotho-Gawe takes her to the emergency room. 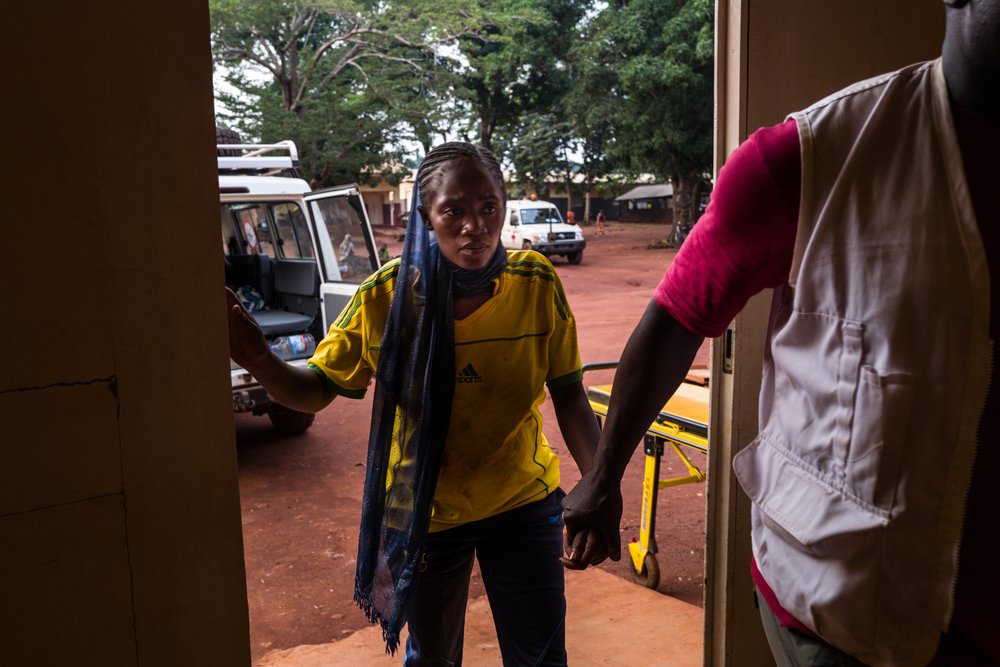 MSF
Veronique Napese enters through the emergency door of the Bangassou hospital, accompanied by the nurse Pelé Hubert Kotho-Gawe.

We will keep her in observation for a few days," he says. "If the pain continues, she will deliver here. In her condition, staying in Nzacko was not an option.  I am reassured. She is in good hands."

Good hands are most needed in Nzacko too, as in so many villages in CAR, where years of war and violence have fueled a catastrophic situation for people.

Many Central Africans are deprived of the most basic essential services. According to the UN, more than half of the population is considered to be in need of humanitarian assistance.

Nearly 1.4 million people are displaced or refugees, and CAR continues to be one of the countries with the most critical situations in terms of life expectancy, maternal mortality, malnutrition and lack of access to healthcare.