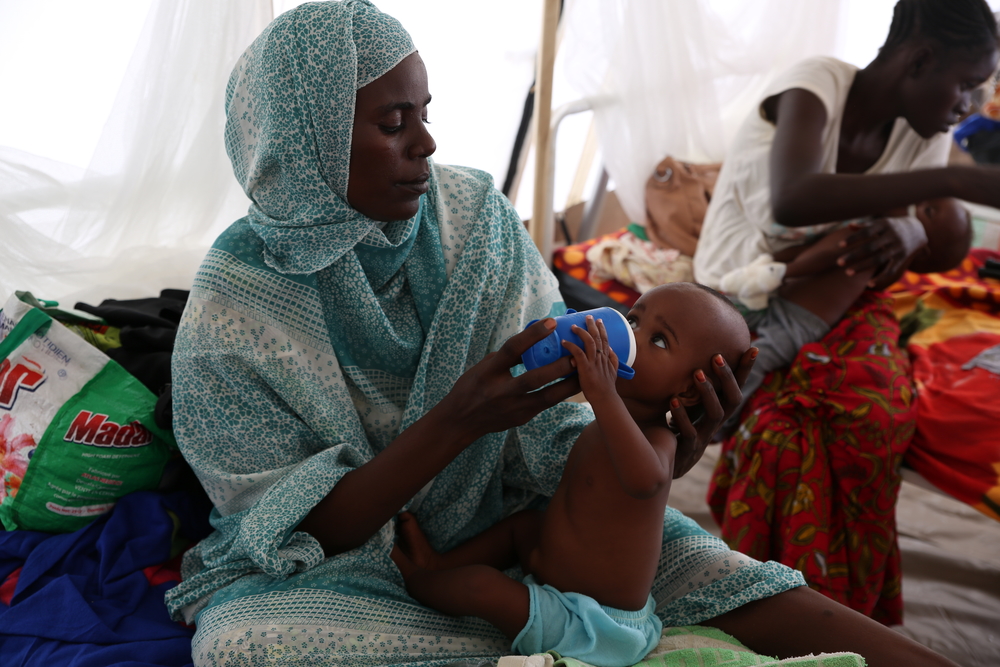 Endemic in the region, acute malnutrition affects not only the rural provinces of the Sahel strip. It is chronic among children under five in the Chadian capital, N’Djamena, and has reached alarming proportions in this city of about 1.5 million inhabitants.

“It has become critical this year, due to a worsening economic situation that followed the drop in oil prices,” explains Chibuzo Okonta, deputy programme manager for emergencies with Médecins Sans Frontières (MSF).

MSF launched an emergency response on 26 July, in partnership with the Ministry of Health, opening an inpatient therapeutic feeding centre (ITFC) in the neighbourhood of Ndjari. The centre has been set up to treat children aged six months to five years suffering from severe acute malnutrition and associated medical complications. 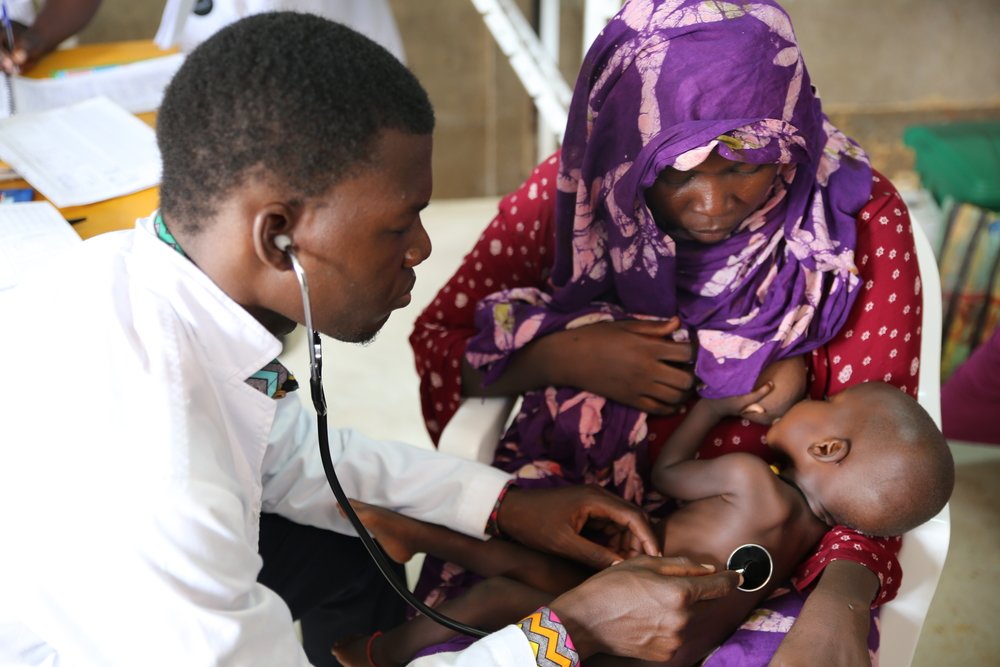 Over 100 children admitted within a fortnight

“We have opened this centre because the few facilities already run by the Ministry of Health and its partners were working at full capacity and were overwhelmed by the large numbers of severely malnourished children they were receiving,” explains Patient Kighoma, manager of the new MSF inpatient therapeutic feeding centre in N’Djamena. “The children often arrive in a very critical state and at this age, when they are so fragile, the worst can happen very quickly.”

The centre is divided into different spaces enabling children to be cared for according to their condition. It includes an intensive care unit, where MSF staff stabilise the most critical patients who require constant medical supervision. They are too weak to swallow and are therefore fed by means of a feeding tube that goes from their nose to their stomach. Some are given respiratory assistance and intravenous fluids.

“Once they have been stabilised and have regained their appetite, we give them therapeutic food such as milk formulas, prepared by nutritionist assistants, or peanut-based paste. In parallel, we continue to treat them for any other diseases or complications present,” says Kighoma. 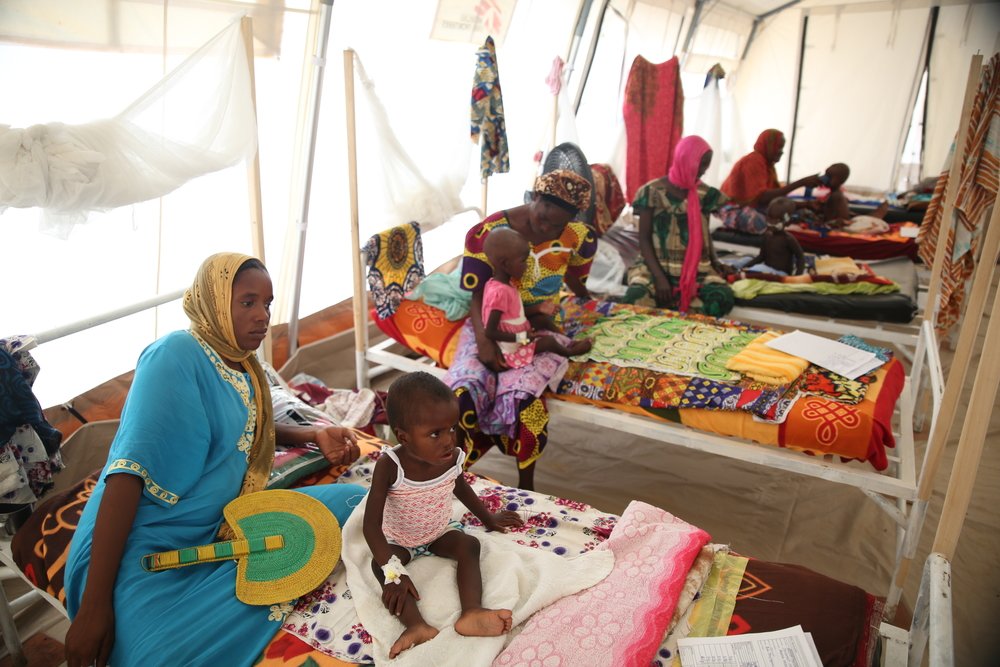 Over 100 children have been hospitalised by the MSF team in Ndjari since the centre opened a fortnight ago. When their condition improves and they are discharged, these children will need to continue treatment with ready-to-use therapeutic foods at home and have weekly check-ups at a health centre, as part of an outpatient medico-nutritional programme.

Vulnerable families struggling to support themselves

The high levels of acute malnutrition seen every year in Chad are the result of many different, sometimes complex, factors. This year in N'Djamena, the phenomenon has been amplified by a crisis in purchasing power, particularly severe seasonal food insecurity, and a public service strike affecting the health sector.

Unemployed labourers, out of work street sellers and seasonal migrants, under-paid or unpaid civil servants and white-collar workers... Many families in the capital are affected, and not all of them have the means to adapt.

“My husband lost his job. He had not been paid for seven months anyway. At the end of each month, when he was supposed to be paid, he was told: ‘Come back tomorrow’,” says Fatima, whose second child, Bathradine, is being cared for at the MSF inpatient feeding centre. 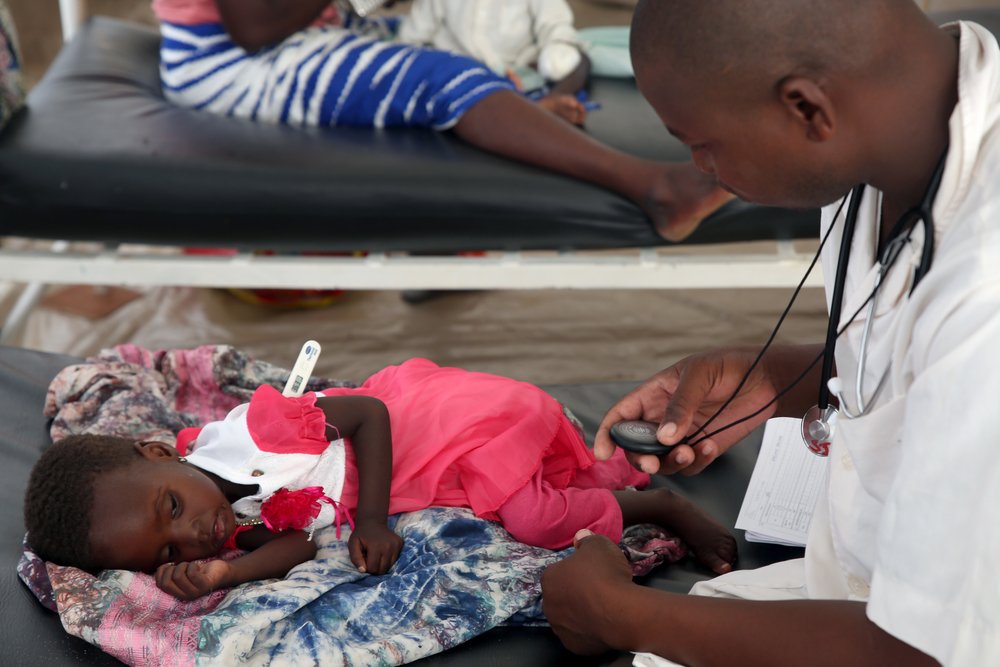 Mohammad Ghannam/MSF
Nurses monitor vital parameters of children admitted in the wards, including temperature, breathing rate, heart rate. The most severe patients need to be checked every 30 minutes, and those who are really getting better up to every 4 hours.

Fatima's family first sought new opportunities in the south of the country, but they returned to N'Djamena empty-handed. They then sold their valuables, carpets, curtains and mats, and still they were unable to pay the rent. The owner of their home seized what belongings they had left.

“When I find a little money, I buy and sell small goods at the market to feed my children. There is not much to eat at home right now: no rice, no flour, some potatoes. But I can’t buy more,” Fatima worries.

About 30 metres from the MSF therapeutic feeding centre stand huts made of sheet metal, bits of old cars and other recycled materials, on what is known as “reserve” land. That is, land seized by the authorities and frozen for future use, on which people whose property has been expropriated, people arriving from the countryside seeking odd jobs in the capital and others who don’t have means to settle elsewhere build temporary settlements with what they can find.

Zenaba, a young woman in her 20s, has lived here for two years since leaving Mongo, a small city in the Guera region in central Chad. “We are farmers,” she explains. “The rains were increasingly getting worse, and we had several bad harvests, so we came to N'Djamena to find work and feed our family. My husband worked in N'Djamena as a labourer on construction sites and markets, loading and unloading sacks of flour. However, he has not found anything lately. He has just left to look for work in Abeche [Chad’s fourth largest city, on the eastern side of the country]”.

Inside her hut, Zenaba takes care of her two-month-old baby: “I gave birth to twins, but I only have one baby left. The other did not survive. I work in private homes: I clean, and I wash their clothes. This is how I try to feed my family, but during my pregnancy, it was very difficult.”

Economic hardship is not the only reason for the alarming levels of malnutrition among children in N’Djamena.

Hajja, a mother whose 18-month-old son has been admitted to the MSF feeding centre, is adamant: she has the means to feed her son; her biggest challenge was finding a health facility that could treat him when he fell sick. “Adoudou developed a fever, then diarrhoea,” she explains. “I took him to hospital and paid for his treatment and medication. A few days after his release, he got very bad again. The clinic in our neighbourhood is closed – the staffare on strike – so I went to another clinic and was told that he could be malnourished, but that it was ‘not the right day’. I was finally referred to the Ndjari health centre, and now, after all this, I'm here at the MSF hospital,” she sighs.

Of the 60 or so health centres in N'Djamena, at least 25 have a therapeutic feeding unit for children suffering from acute malnutrition who have not yet developed complications that require hospitalisation. Apart from the six units supported by Alima/Alerte Santé, which operate from Monday to Friday, most of the others, whose supply depends on UNICEF, only do follow-up consultations and distribute ready-to-use therapeutic food rations once a week. This makes getting rapid access to medico-nutritional treatment for children at this critical age all the more complicated. 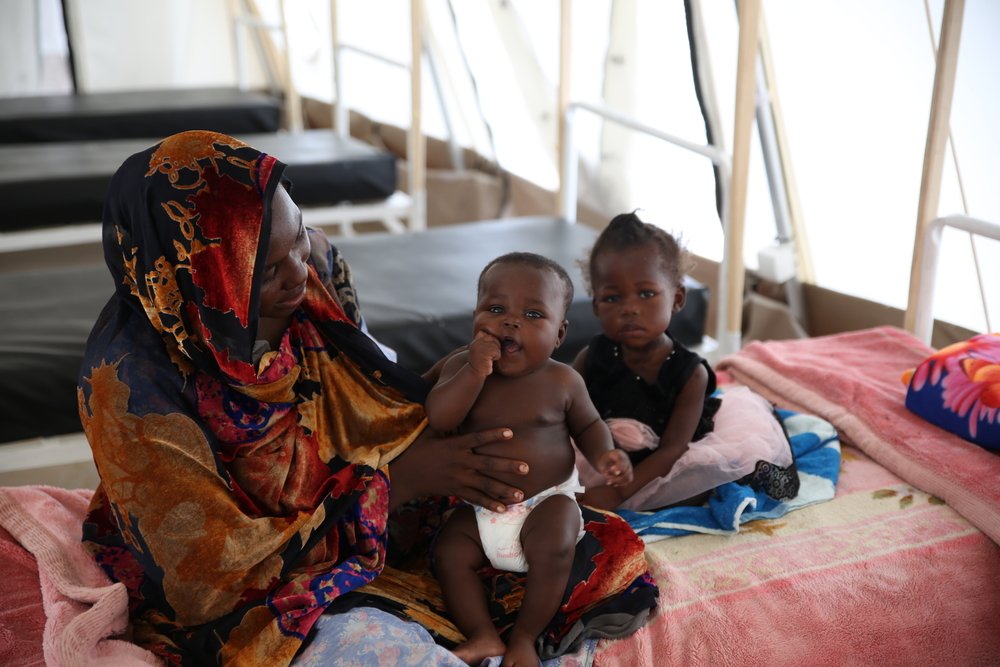 “We have to keep in mind that when severely malnourished, a child’s metabolic functions are impaired and the immune system is affected. That is why they are likely to quickly contract infections and complications that can be fatal,” says Okonta.

“We must increase the capacity for hospitalisation, as we have done with the emergency opening of the Ndjari inpatient centre, but it is crucial that we also do everything we can to ensure that severely malnourished children are cared for on time in health centres, before they develop complications.”

To this end, in partnership with the Chadian Ministry of Health, MSF is launching medico-nutritional activities in two health centres in N’Djamena and is preparing to further expand this type of activity around the city.