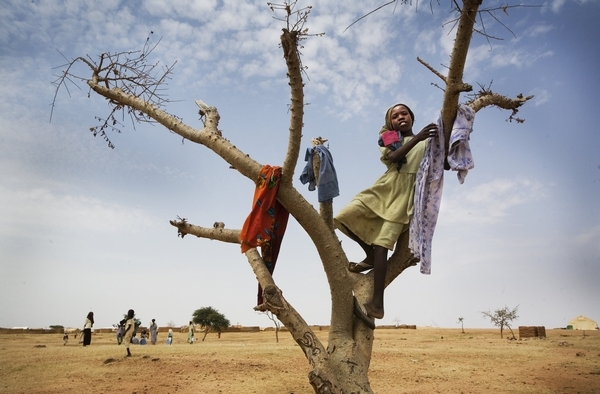 Chad: 'We need to act now, because in two months it will be impossible'

On April 4, 10,000 refugees began arriving in the Tissi area of Chad.  Approximately 25,000 refugees and returnees had already been living in and around five villages in southeastern Chad for the past three months having fled violent clashes in Um Dukhun, Sudan, 10 kilometres from the border.  Given the current indicators on the ground, it is highly likely that more refugees will arrive shortly.

Image Caption
In the space of a few days, 10,000 refugees arrived in Tissi, Chad fleeing from violence in neighbouring Sudan. MSF is treating the wounded and plans to launch an emergency measles vaccination campaign with the Chadian Ministry of Healtht to combat a recent outbreak which has already killed seven children. Chad 2007 © Tim Dirven/Panos

The refugees tell similar stories of villages attacked and set on fire by armed men on horseback; of neighbours and family members killed; of women and children abandoning all their belongings and taking flight. Fighting resumed between several Arab tribes of North and Central Darfur States a few months ago, but the situation has deteriorated dramatically in recent days.

According to the United Nations High Commission for Refugees (UNHCR), more than 10,000 people, including dozens of wounded, have now joined the 25,000 previously settled refugees—roughly one-third of whom were from Sudan and Central African Republic (CAR), while the rest were originally from Chad but had relocated to Darfur and CAR. More than 90 percent are women. They’ve been living under trees or in makeshift shelters, having thus far gone without any assistance.

At present, Médecins Sans Frontières/Doctors without Borders (MSF) is treating the wounded in Tissi and referring the most serious cases to Goz Beida or Abéché. At the same time, teams are trying to contend with an outbreak of measles in a nearby area. “In Saraf Bourgou only, our team has confirmed 35 cases of measles, which represents 25 percent of consultations,” says Alexandre Morhain, MSF’s head of mission in Chad.

“The disease has already killed seven children, five of whom were under five years old.”

There are many other issues as well. “Refugees have no food stocks, and nearly no access to clean drinkable water,” says Morhain.

“Their situation is extremely precarious and it is urgent that other humanitarian actors in Chad rapidly move to organise distributions of food and non-food items.”

With the rainy season, the urgency is even greater, he adds: “We need to act now, because within 2 months it will be impossible to access this area by road.”