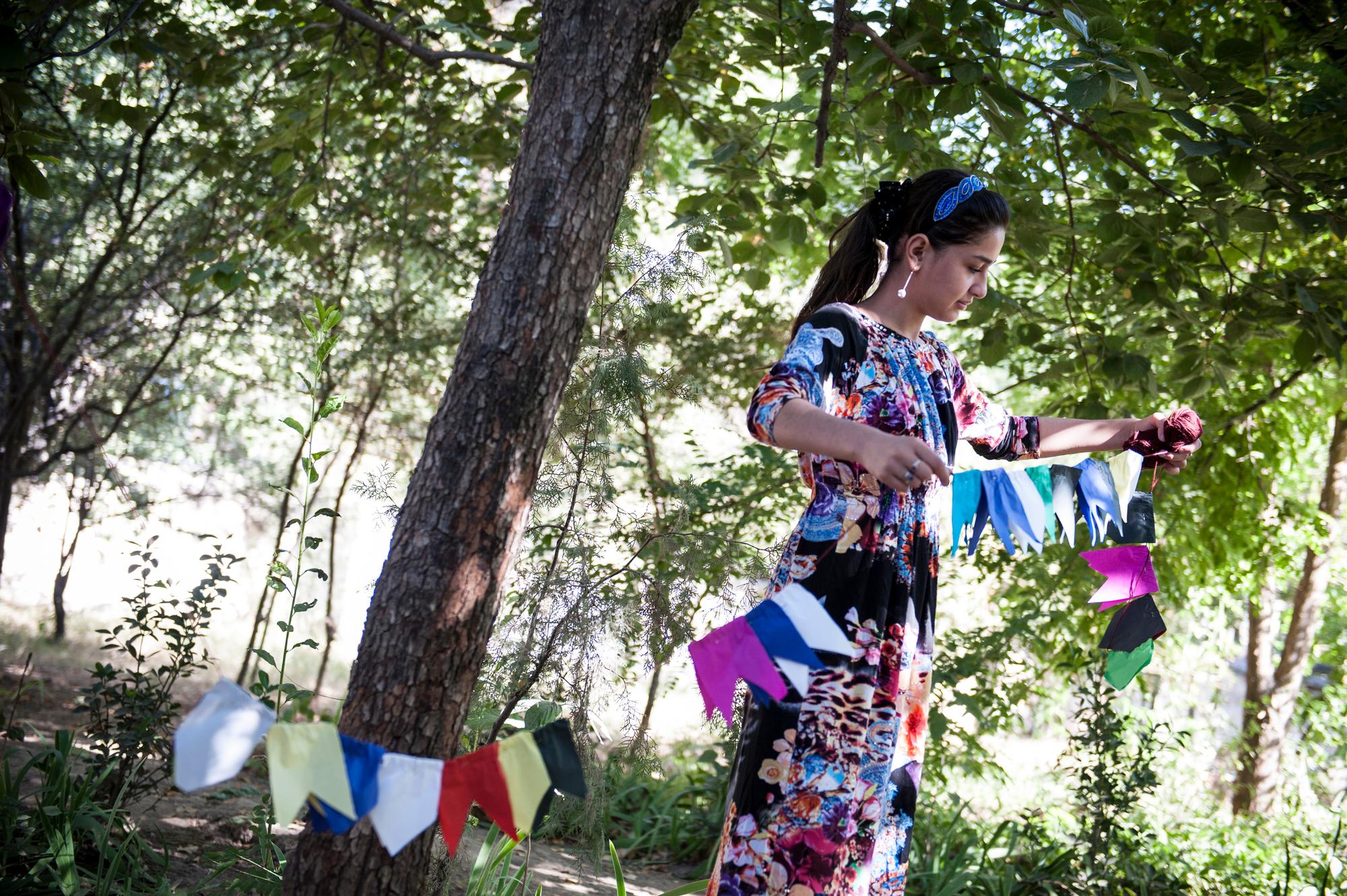 Children with TB must not be neglected

Tuberculosis (TB) and its drug-resistant forms are a global health threat around the world, and children are particularly vulnerable. Where the disease is endemic, TB is a major but often unrecognised cause of disease and death among children, with paediatric TB accounting for an estimated 10-15 percent of all TB cases in the 22 highest-burden countries.

Worldwide, TB is thought to kill at least 130,000 children each year. Yet for far too long, children with TB have been neglected.

Paediatric TB is an indicator for the current control of TB in the general population, while children with TB act as a future reservoir for the disease – further reasons why new approaches to paediatric TB care should be integrated into every TB project and National TB programme.

So far, diagnosing and then treating children for TB are particularly difficult, as there are no appropriate diagnostic tools, and no commercially available paediatric drug formulations.

Wendy Marijnissen
These issues were at the core of the symposium titled “Scaling up and improving access to ambulatory and paediatric TB care in Central Asia and Eastern Europe”, held at the beginning of December in Dushanbe, and hosted jointly by MSF and the Ministry of  Health of Tajikistan.

More than 100 participants, including 30 Ministry of Health representatives from across the Central Asia region (including Tajikistan, Russian Federation, Uzbekistan, Kazakhstan, Kyrgyzstan, Georgia and Abkhazia, Armenia and Ukraine) gathered to share experiences, challenges and best practice for scaling up access to outpatient TB care and the diagnosis and treatment of TB in children, particularly drug-resistant  TB (DR-TB), whose high infection rates across the region are a major concern.

After a first symposium in Tashkent (Uzbekistan) in 2011 and a second in Bishkek (Kyrgyzstan) in 2012, the symposium in Tajikistan represents the next step in strengthening cooperation among the main stakeholders as well as adopting, disseminating and implementing paediatric TB guidelines across the region.

Wendy Marijnissen
All participants at the symposium agreed on the ‘Dushanbe declaration’, calling for a commitment to demonstrate the political will and ambition to attain “zero TB deaths”, which can only be achieved with a measurable government-led programme of investment in TB services, equipment and training.

The declaration also calls for a commitment to develop viable new regimens with new drugs that are less toxic, more effective, can be taken orally, and for a shorter time-period, as an important step towards tackling the disease, together with a clear will to treat patients on an outpatient basis from as early as possible, as part of a patient-centred model of care.

Children and their families

Wendy Marijnissen
In Tajikistan, MSF has been running a comprehensive paediatric TB and DR-TB programme since 2011, providing family-based, patient-centred care.

The programme has three key components: early and appropriate diagnosis; comprehensive treatment; and adherence support for children and their families – as described in the MSF report Improving paediatric TB care in Tajikistan, which was presented during the symposium.

Wherever possible, MSF treats children and their family members as outpatients Outpatient care helps reduce the pressure on overcrowded hospitals, where often there are no wards specifically for patients with DR-TB.

Long stays in hospital can have a negative impact on a child’s development, while adhering to a long and burdensome course of treatment is made less difficult if a child is at home, supported by their family as well as by health staff.

Takhmina is 16 and lives in a small apartment in Dushanbe with her mother, her older sister and her nephew. After being diagnosed with multidrug-resistant TB (MDR-TB), she was unable to attend school for eight months. Takhmina found it very hard to be out of lessons for so long, but it was made easier by the visits of the MSF adherence support counsellor, Shamsia.

“When I couldn’t go to school, I was very sad and I worried a lot,” says Takhmina. “I really like going to school and I wanted to study. Shamsia helped me during this difficult time.”

Wendy Marijnissen
Once Takhmina was no longer infectious, Shamsia convinced the school director to allow her to return to school. Every day after school Takhmina goes to the health centre to collect her drugs from a nurse. She takes 12 different pills every day; they are difficult to swallow, but Takhmina is determined to stick to her treatment. In the afternoons she generally feels tired but has just enough energy to take a walk in the park, do her homework and watch TV. Takhmina’s mother says that her daughter is doing very well now at school. She will take her final exams at the end of the year. For Takhmina, the future holds hope:

“After finishing my treatment, I want to become a medical doctor,” she says. “That has been my dream since childhood.”

(Patient’s names has been changed)

Médecins Sans Frontières/Doctors Without Borders (MSF) is an international, independent, medical humanitarian organisation that delivers aid to people in crisis situations. MSF observes principles of medical ethics, neutrality and impartiality. MSF currently works in more than 70 countries around the world. MSF has been involved in the diagnosis and treatment of tuberculosis in the former Soviet Union countries for more than a decade and currently runs TB care projects in Armenia, Georgia, Kyrgyzstan, Russian Federation, Tajikistan, Ukraine and Uzbekistan.