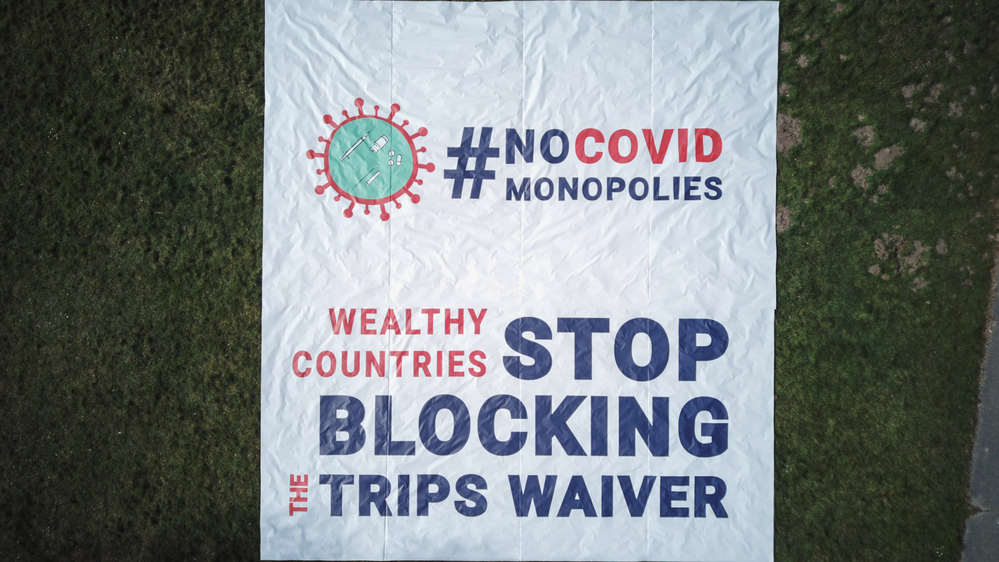 Geneva, 9 March 2021—As governments prepare to meet for another round of talks at the World Trade Organization (WTO) tomorrow, Médecins Sans Frontières/Doctors Without Borders (MSF) urged the small number of governments that continue to block a landmark waiver on intellectual property (IP) during the pandemic to immediately reverse their stonewalling and allow formal negotiations at the WTO to start.

Potential impact of the waiver

The temporary waiver would apply to certain IP on COVID-19 medical tools and technologies until herd immunity is reached. It was originally proposed by India and South Africa in October 2020, and is now officially backed by 58 sponsoring governments, with around 100 countries supporting the proposal overall. 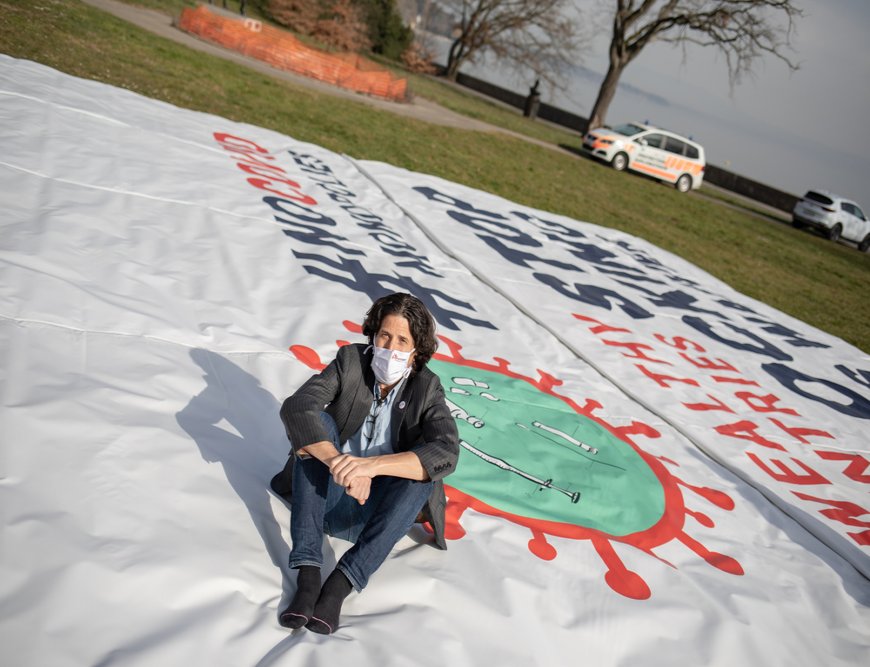 MSF/Pierre-Yves Bernard
Stephen Cornish, General Director of MSF operational center of Geneva, sitting on the banner deployed by MSF in front of the World Trade Organization (WTO) in Geneva calling on certain governments to stop blocking the landmark waiver proposal.

“The waiver proposal offers all governments opportunities to take action for better collaboration in development, production and supply of COVID medical tools without being restricted by private industry’s interests and actions, and crucially would give governments all available tools to ensure global access." 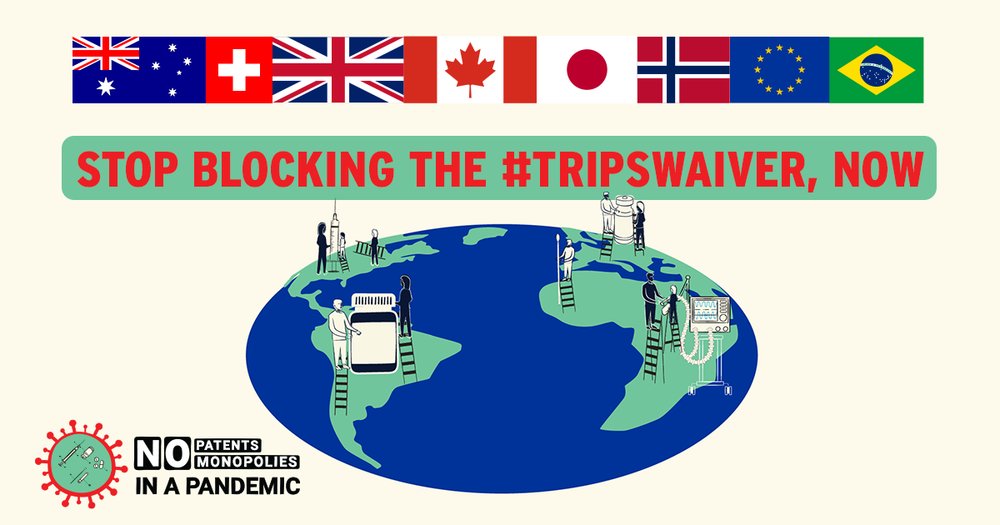 "Countries must stop stonewalling and show the leadership required to deliver on the ‘global solidarity’ they have so often declared during this pandemic."

With highly infectious new variants of the coronavirus spreading in many low- and middle-income countries, it is critical to ensure any existing and upcoming medical tools are accessible in sufficient quantities and in a timely way, especially for frontline health workers in developing countries, including MSF teams.

If increasing the number of global suppliers of medical tools is not prioritized, people in these countries will remain in a disproportionately disadvantageous position for access.

The proposed IP waiver could provide a more expedited and automatic policy option for governments at the international level to facilitate increased access instead of only relying on voluntary measures by the pharmaceutical industry.

Enabled by IP monopolies, corporations continue to pursue secretive and limited commercial deals that exclude many low-and middle-income countries even in the midst of the pandemic.

The waiver proposal could help by removing legal uncertainties and risks for potential producers and governments to quickly start preparing to scale up production and supply of treatments, vaccines, and other essential medical tools.

In Brazil, where healthcare workers have struggled to provide care during multiple waves of the pandemic so far, MSF witnessed how emerging waves saturated the existing health system resulting in rationing of medical equipment and interventions.

It’s time to champion access to medical tools for everyone, wherever they live 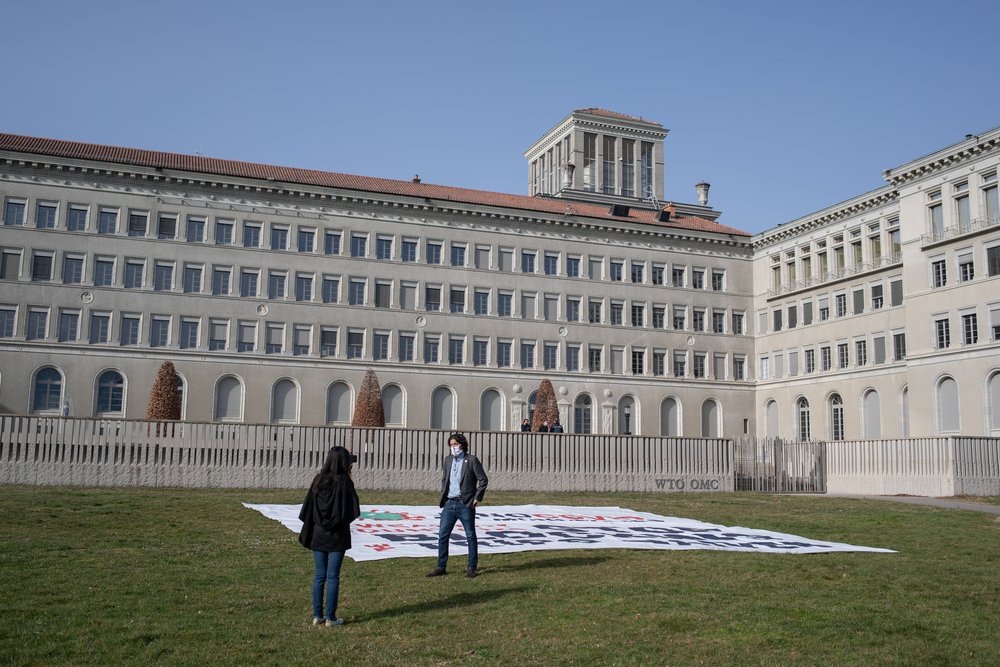 “From the early days in the pandemic when governments were competing to get access to certain diagnostics and protective equipment, it was clear that countries like Brazil and many others would be at the back of the line when it came to accessing scarce medical resources,” said Felipe de Carvalho, MSF’s Access Campaign Coordinator in Brazil.

Despite the clear public health benefits that the monopoly waiver proposal offers, a small group of nations is rigorously hindering the start of formal negotiations at the WTO.

At the same time, many of the countries blocking or delaying the proposal, including the Australia, Brazil, Canada, the EU, Japan, Norway, Switzerland, the UK and the US, have also secured the majority of available vaccines, much more than needed to vaccinate their entire populations. 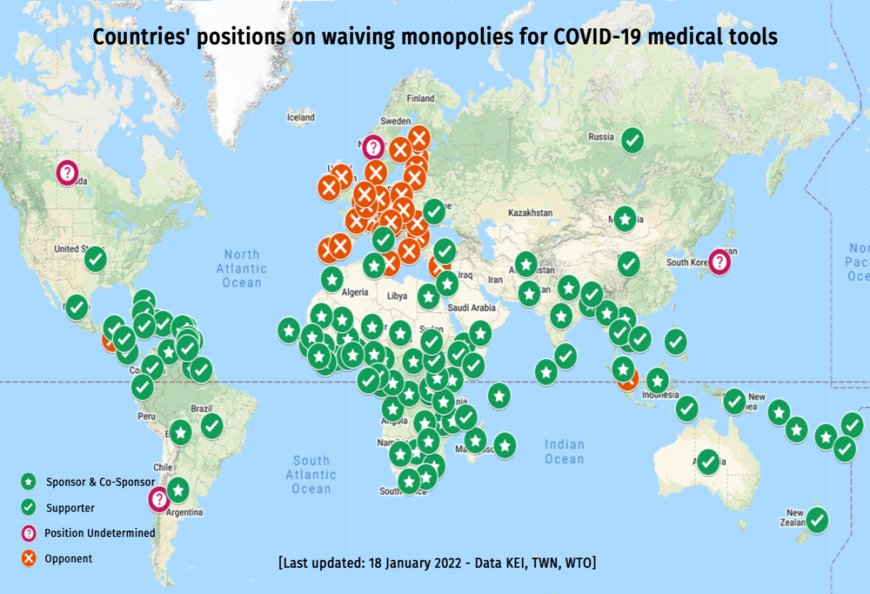 MSF
No Patents, No Monopolies In A Pandemic.

“More and more low- and middle-income countries are getting very serious about making this pandemic monopoly waiver a reality, so it’s time for blocking countries to do the right thing and stop standing in the way,” said Yuanqiong Hu, Senior Legal and Policy Advisor at MSF’s Access Campaign.

“Governments that oppose the monopoly waiver proposal know that simply asking pharmaceutical corporations to voluntarily do the right thing will not get us anywhere, when these attempts have so far failed to secure global access to COVID-19 medical tools for people who urgently need them. It’s time for change, not charity.” 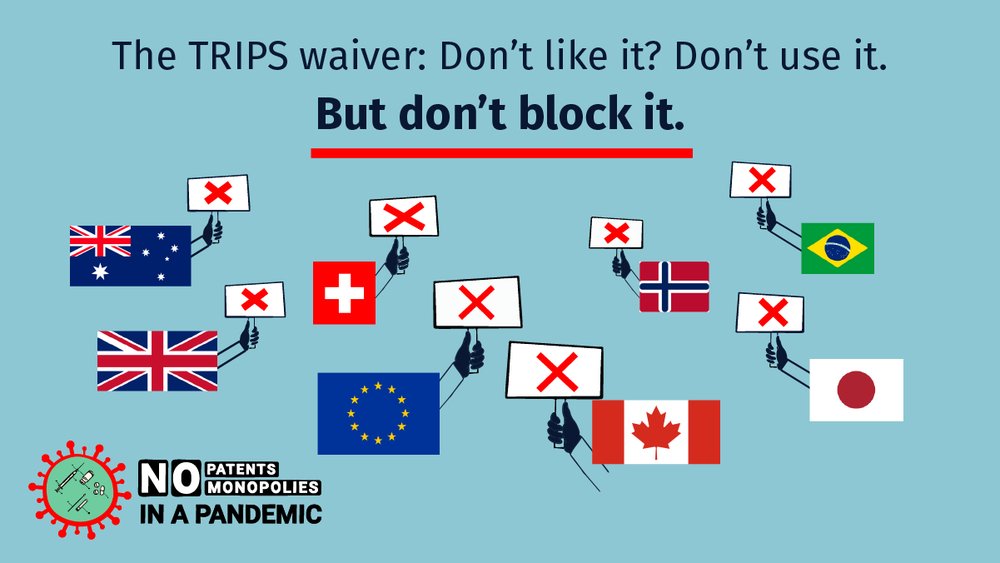 MSF
India and South Africa made a formal request to the World Trade Organization (WTO) for a waiver to allow countries to suspend all patents on any medicines, medical tools and devices during the COVID-19 pandemic.

To date, the waiver proposal has gained wide support by hundreds of civil society organizations across the globe, and has been welcomed by a number of international organizations including the World Health Organization (WHO), the United Nations Programme on HIV/AIDS (UNAIDS), the Drugs for Neglected Diseases Initiative (DNDi), South Centre, Unitaid and Third World Network. 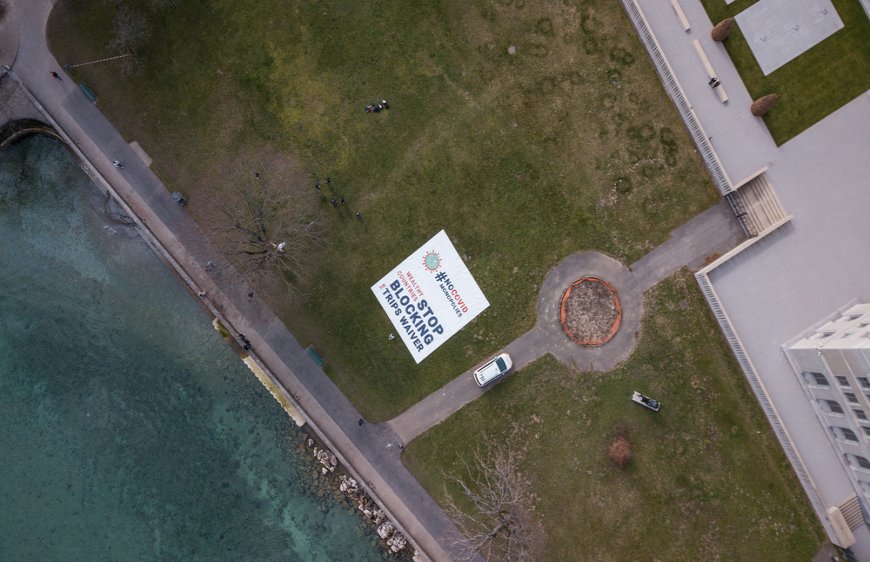 MSF/Pierre-Yves Bernard
Aerial view of the banner deployed by MSF in front of the World Trade Organization (WTO) in Geneva calling on certain governments to stop blocking the landmark waiver proposal on intellectual property during the pandemic. March 04, 2021.