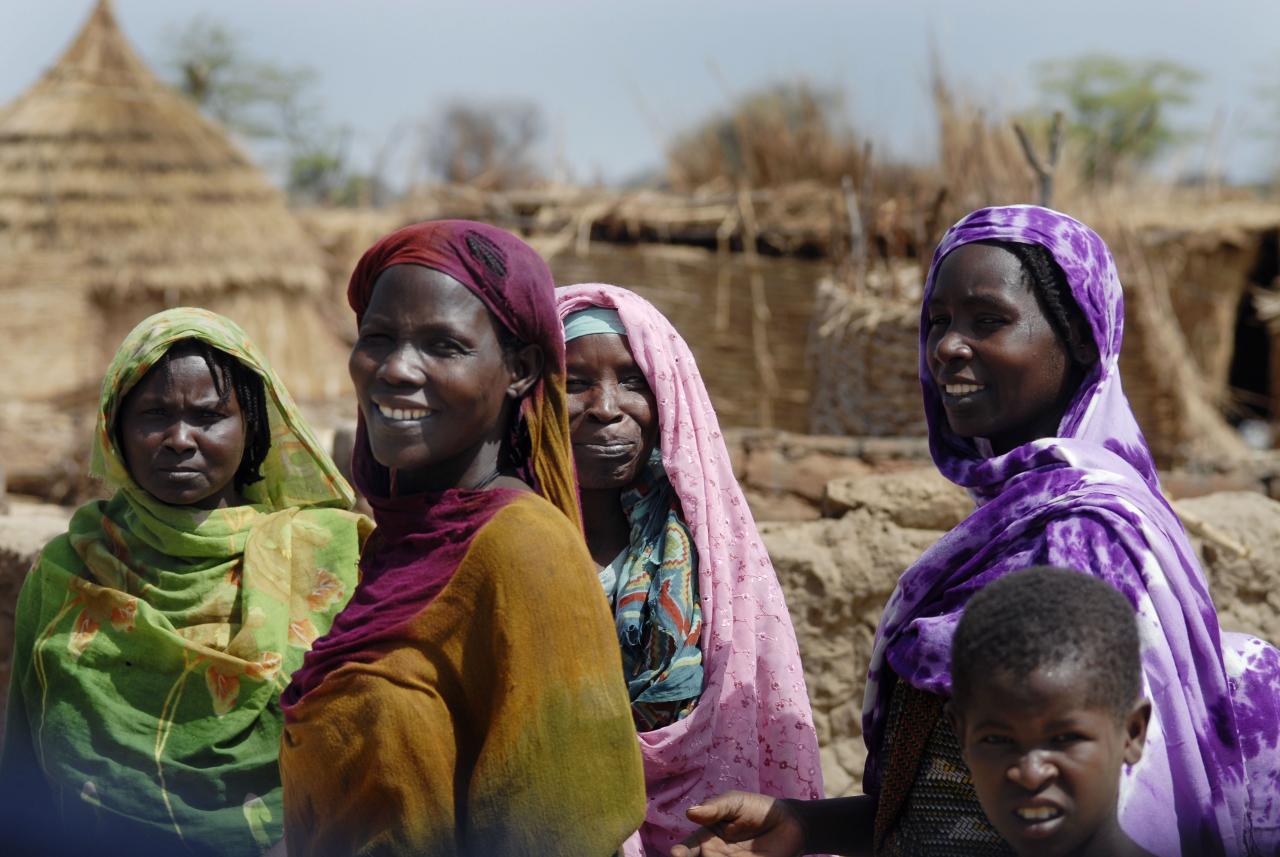 A death sentence that changes nothing

A diagnosis of HIV is just more bad news for a widow, writes Dr. John Morris.

‘IT CHANGES nothing.” I don’t respond, waiting for her to digest the pretty indigestible news I have just given her. In Am Timan, Chad, what she has just heard are four words that change everything: “Your test is positive.” It is pretty much the worst news you can be told around here, save the news of a loved one passing.

“It changes nothing,” she repeats. In the tiny office I have seconded for these HIV counselling sessions, I wish the ground would swallow me up.

She faces rejection by her family and social isolation at a minimum; at worst, a genuine threat to her life.

That’s what the news means to her, but from the expressionless face I see before me, staring at the ground, you would never know her inner turmoil.

Halimé is a well-educated, pretty and charismatic woman of only 22. She is in good health but has spent the past four weeks lying on a makeshift hospital bed beside her 18-month-old daughter, Aicha, who is failing to respond to any treatment we are giving her. We have started systematic screening of all children like Aicha in the feeding programme for HIV and TB. My suspicions were raised about the possibility of HIV or TB because of Halimé’s husband’s story.

He had died six months previously from a cough, though he was just 30. Halimé offered no more information than that. He died despite getting treatment in hospital and she had no idea of his HIV status.

Today is such a contrast to our last counselling session when I was delighted to tell her that Aicha’s HIV test was negative. She cried in relief, albeit very briefly and then apologised profusely for it.

She immediately told me she wanted to be tested too and I was happy to oblige once I had repeated the same counselling she had already heard for Aicha.

But today, with this news, there is no outpouring of emotion. She seems determined to accept the news with the same stoical attitude to grief that I have seen throughout my time here. In Am Timan, people accept what they see to be “insha’Allah”, the will of God.

They accept it with a stoicism that can only be explained as a means by which they can survive the cruelty that befalls families here on a daily basis. This is the next in a long line of terrible things that have happened and will happen to Halimé during her life in Am Timan.

And, in some ways, it is clear she is one of the fortunate women of the town. She is a student. She speaks very good French, whereas most of the local population speak only a version of Arabic, which means her family have allowed her to continue her education.

Many people, especially women, in Am Timan never receive more than a few years’ basic education. Here women can be selected as wives from as young as 12 years old, often by much older men. Some will share a husband with another woman, or maybe two. Many women still deliver babies at home and it is not uncommon for women and babies to die in childbirth if they don’t come to our maternity unit. We have girls as young as 13 delivering babies in our maternity department, often with great difficulty and complications due to their size and stature and the terrible consequences of female genital mutilation.

A significant number of women here are subjected to female genital mutilation, or female circumcision, in which part or all of the external female genital organs are removed as part of a traditional and ritualistic practice, usually before the age of 10. It is not unusual that young girls die during the procedure. Some die from infections and bleeding; some die along with their babies from the consequences of obstructed labour years later.

It is a widespread practice against which Médecins Sans Frontières has already spoken out about publicly. The governor of the region has also taken it on and spoken out against it. It is not something that can be achieved overnight, but experiences in other countries show that with the acceptance of community, political and religious leaders, then great progress can be made to abandon, or at least modify, these problematic and horrific traditional and cultural practices.

So maybe this is not the worst day in Halimé’s life. Being told that she is HIV positive is clearly a terrible thing but she will do what everyone suffering from HIV does in Am Timan: she will guard her secret with her life.

For my part and that of my team, we will guard her secret too. We do so in a society that fears HIV to the point where those living with the disease genuinely fear for their safety, and indeed their lives, should their secret ever be exposed. This fear is borne out of poor understanding and misinformation.

We have a monumental task ahead of us to tackle the stigma surrounding HIV, a disease that can be well managed and treated, keeping people in good health until their old age, given the right circumstances of course.

We already have more than 100 patients under treatment for HIV. We expect to have thousands once the programme is fully up and running. That’s a lot of secrets to guard. We have testing and treatments and counsellors and doctors, all there to support a secret society. It is going to require education, education and then more education.

For little Aicha, the diagnosis was “only” TB. Only six months of tablets and medical appointments if everything goes well. In many other circumstances, that would have been pretty terrible news. In fact there is a stigma surrounding TB too, but there certainly isn’t the same malice to it.

But Halimé has heard the four words that change everything.

Dr John Morris is a GP from Galway, and was president of the Irish Medical Organisation from 2009-2010.