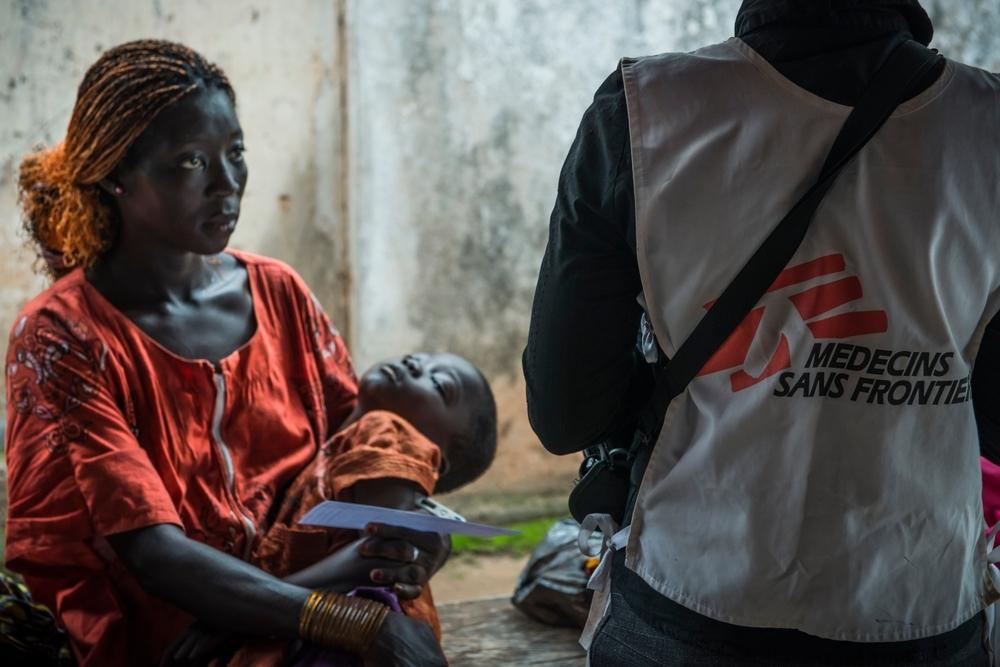 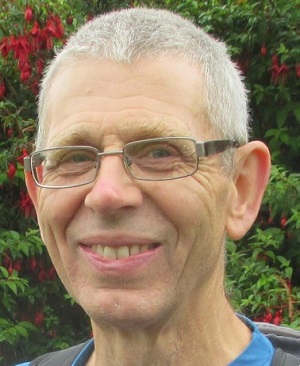 Emails from an MSF emergency gynaecologist

Brit Steve Bober writes emails to his family back home, while working at MSF's emergency and surgical hospital in Central African Republic.

Work in the hospital has been busy but steady, plenty of babies delivered and lots of happy mothers. There are even a few babies named Steve in Bangui now!

Sad day yesterday, one of our premature babies didn’t make it. Her mother is only 17 years old. I sent her home today to be with her family.

The last few days here have felt quite tense – not entirely sure why, but rest of the team also feeling it.

Have a relaxing Sunday all, I shall try to. Xx

Great day today - one of my critical patients, who has nearly died twice, is very much improved. When I was doing my ward rounds this morning she was sitting up, eating, smiling, without a raised temperature!

"We had a couple of hours to pack one bag less than 10 kilograms to take with us. Then we headed to the Oubangui River, where three motorised dug-out canoes took us across the border to Congo."
Steve Bober

I had a good night’s sleep but half woke up in the night to the sound of rain on the corrugated metal roof. In the morning I watched dawn break over the river.

Lots going on at work today. We all think it’s becoming busier, not quite sure why…

Today we performed a caesarean section on a young lass who had an eclamptic fit. She delivered prematurely and we tried to resuscitate the baby, but his lungs were just too immature to be properly ventilated.

He died at the age of about 35 minutes. Very difficult, but at least we managed to save the mother.

It’s been one year exactly since my last working day in the NHS. What a truly amazing year. I wouldn’t say easy, but it has felt very worthwhile.

Today has been very different. We had a full-on ‘security’ situation. Last night there was a flare-up of violence in the town and at least two people were killed. We went to the hospital this morning as usual, but at 0940 we heard gunfire quite close by, within a few hundred metres.

We went immediately to the corridor of the hospital which has been reinforced with steel and sandbags. There were about 80 of us in this thin narrow corridor – staff and patients. It was actually quite jolly.

As the gunfire started, one woman went into labour. 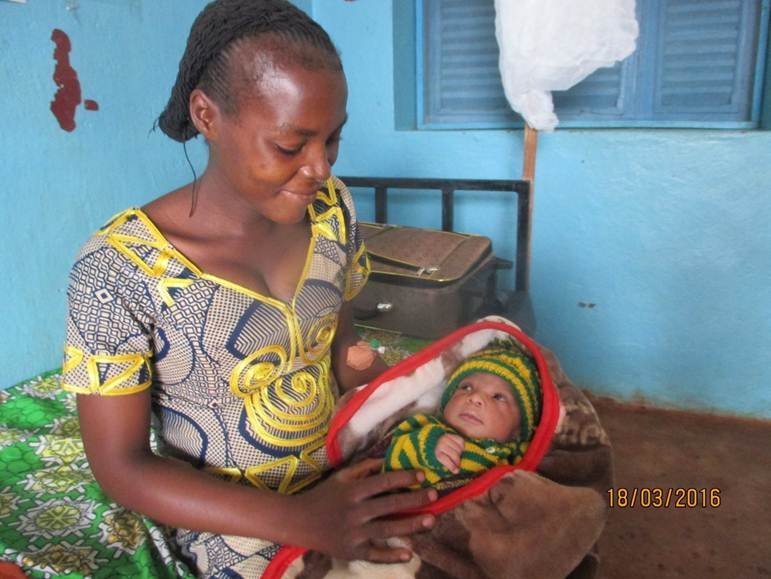 Proud new mama at MSF's emergency hospital in Bangui, Central African Republic.
She was pregnant with twins and two of our midwives stayed with her on the labour ward. She delivered ok and they brought the two little babies into the corridor with us later. It turns out the old woman in a wheelchair sat next to me was their grandmother!

Outside the peacekeeping forces were pushing back the armed groups. Several people were killed. We couldn’t hear anything in the corridor, just the occasional helicopter overhead. After 1hr 45m, when the fighting had stopped, we headed back out to work.

The situation in Bangui remains tense but we are all ok. Difficult night’s sleep – at around midnight I could hear frequent distant gunfire and grenades. It really sounded like someone having a firework display all night.

"Have I been scared? Only briefly when shots happened near to the hospital, and once when there was a particularly loud bang."
steve bober

We weren’t able to leave the compound to get to the hospital, due to road blocks and no vehicles being allowed through. Most of the Central African staff got in, on foot, the militia respecting MSF identity badges.

The fighting seems to have settled down, although as I write I’ve just heard a burst of gunfire. We’ll see what the night brings.

Situation still tense and some of us may need to be evacuated. All ok though. I feel guilty that the Central African staff are manning the hospital without us, although we are keeping in regular contact with them via satellite phone.

The number of patients in the hospital has reduced because it isn’t safe or practical for them to travel. So there will be some babies dying at home now, and possibly, but hopefully not, some mothers too. 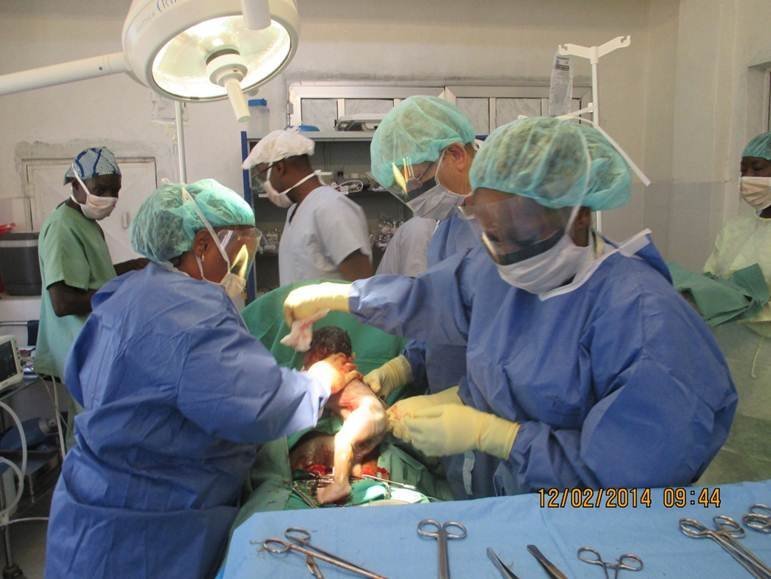 Steve and the MSF team perform a caesarean section on a new mother.

Have I been scared? Only briefly when the first shots happened near to the hospital yesterday, and once when there was a particularly loud bang.

Take care. Lambs on the road (I prefer them, even though they are big and fat now, to armed militia).

The situation is still tense here. We haven’t left the base, but are phoning staff in the hospital twice daily to make sure everyone is ok, and to offer technical support if needs be.

There has been almost no vehicular movement at all – even ambulances cannot move in some areas, so without a doubt there are some injured people with no access to medical care. People are allowed to move around on foot however, and most of the (heroic) Central African MSF staff at the hospital have continued to go to work.

I’m ok though. I am able to listen to other people’s frustrations which is a useful service, even if I can’t deliver any babies at the moment!

P.S internet very erratic. No big change in situation. All safe at base.

As a precaution 18 of the 28 of us in CAR were evacuated to Congo on Saturday. We are all safe and well, staying in a hotel and

awaiting further instructions from Brussels.Brief update as the internet is working intermittently.

Thank you for all your birthday wishes, it’s been the most unusual birthday of my life. As a present, when the hotel’s internet was working, I found that Carlisle had won 3–0 on Saturday.

We had been struggling with deliveries of food and fuel over the past few days – due to all the road blocks – and supply for the hospital was dwindling.

At the time of our departure on Saturday morning, they only had enough fuel for the generator to last until Monday or Tuesday, and patients were on half rations of food. We have since learnt (from here in Congo), that the authorities allowed a lorry with supplies to get to the hospital.

When the names of those who would be leaving were announced, which included me, it was non-negotiable, but anyone who was to stay could elect to leave if they wanted to. No-one did and I tell you it was really quite difficult to leave those people behind, and even more so the Central African staff. I would have been genuinely happy to stay. 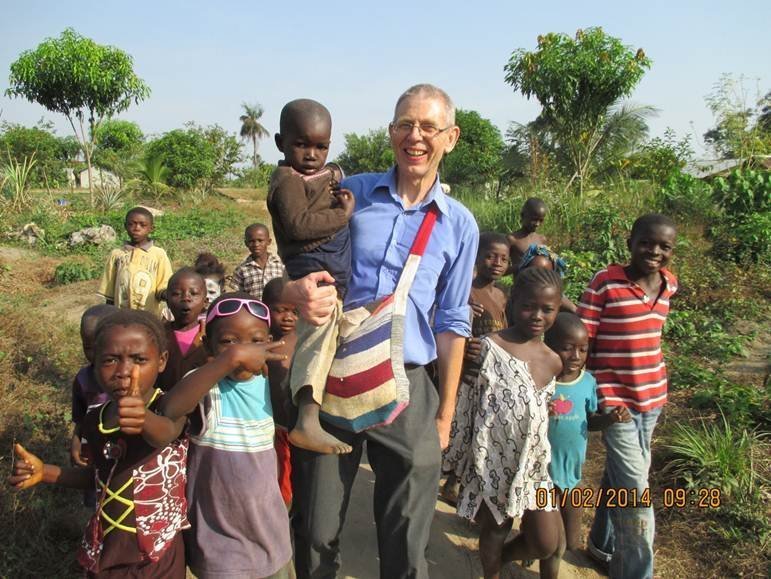 Steve and the MSF team perform a caesarean section on a new mother.

We had a couple of hours to pack one bag less than 10 kilograms to take with us. Then we headed to the Oubangui River, where three motorised dug-out canoes took us across the border to Congo. After passing through immigration, our transport to the accommodation arrived – on the back of motorbikes! Logistics had arranged for us to stay in a convent about two kilometres out of town.

That evening we decided to get some food at a nearby restaurant - a large thatched hut, old wooden tables and stools, with a few locals eating, drinking and socialising. Because there were so many of us there wasn’t much choice in the menu – it was roast goat or roast goat! I had the roast goat and a beer.

Some news from Brussels – an MSF hospital in Bangassou, southeast CAR, needs a gynaecologist so I’ll be heading out to the project over the next few days. Looking forward to getting back in scrubs and delivering some babies!

Take care and I’ll email when I land.