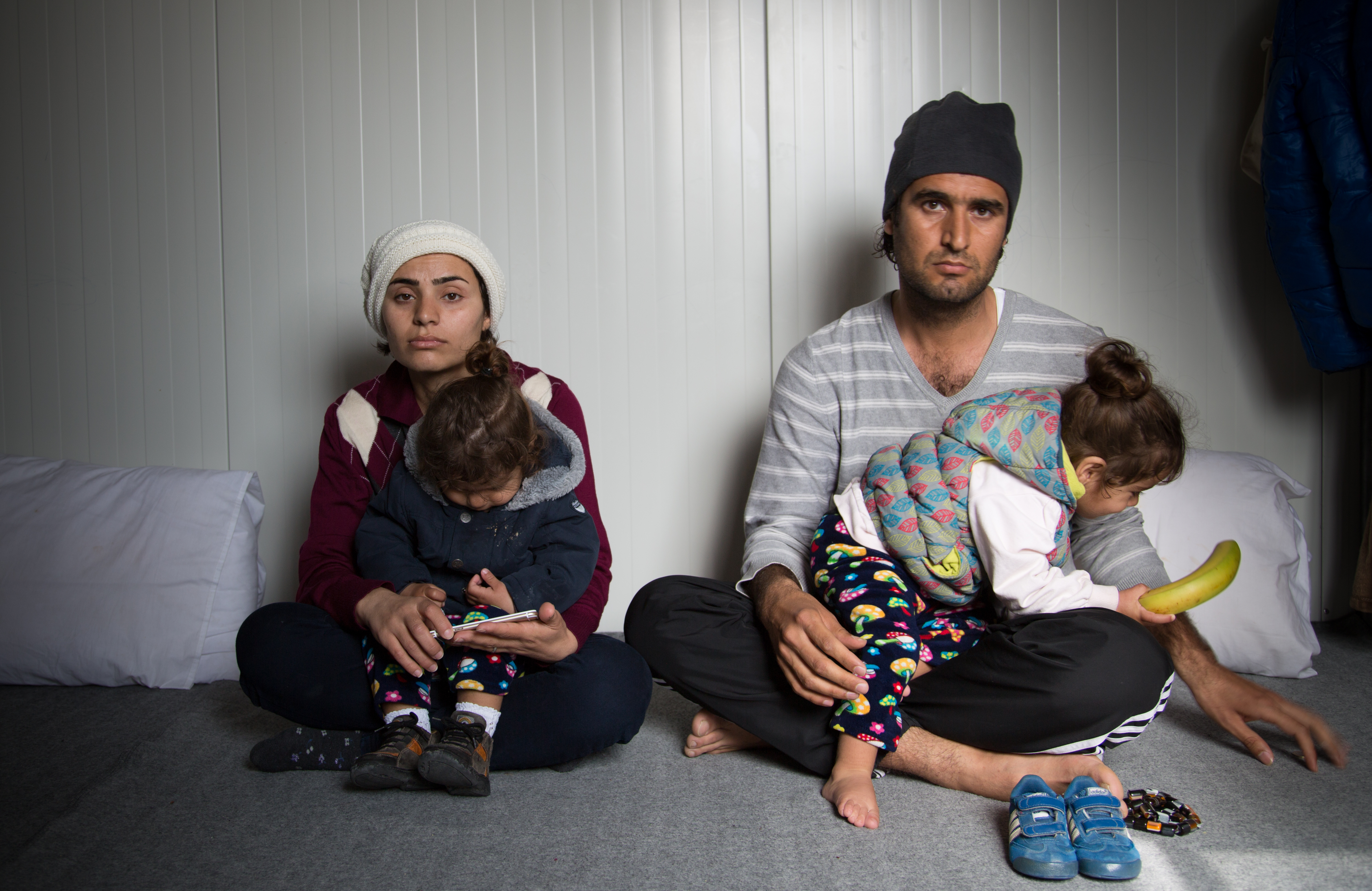 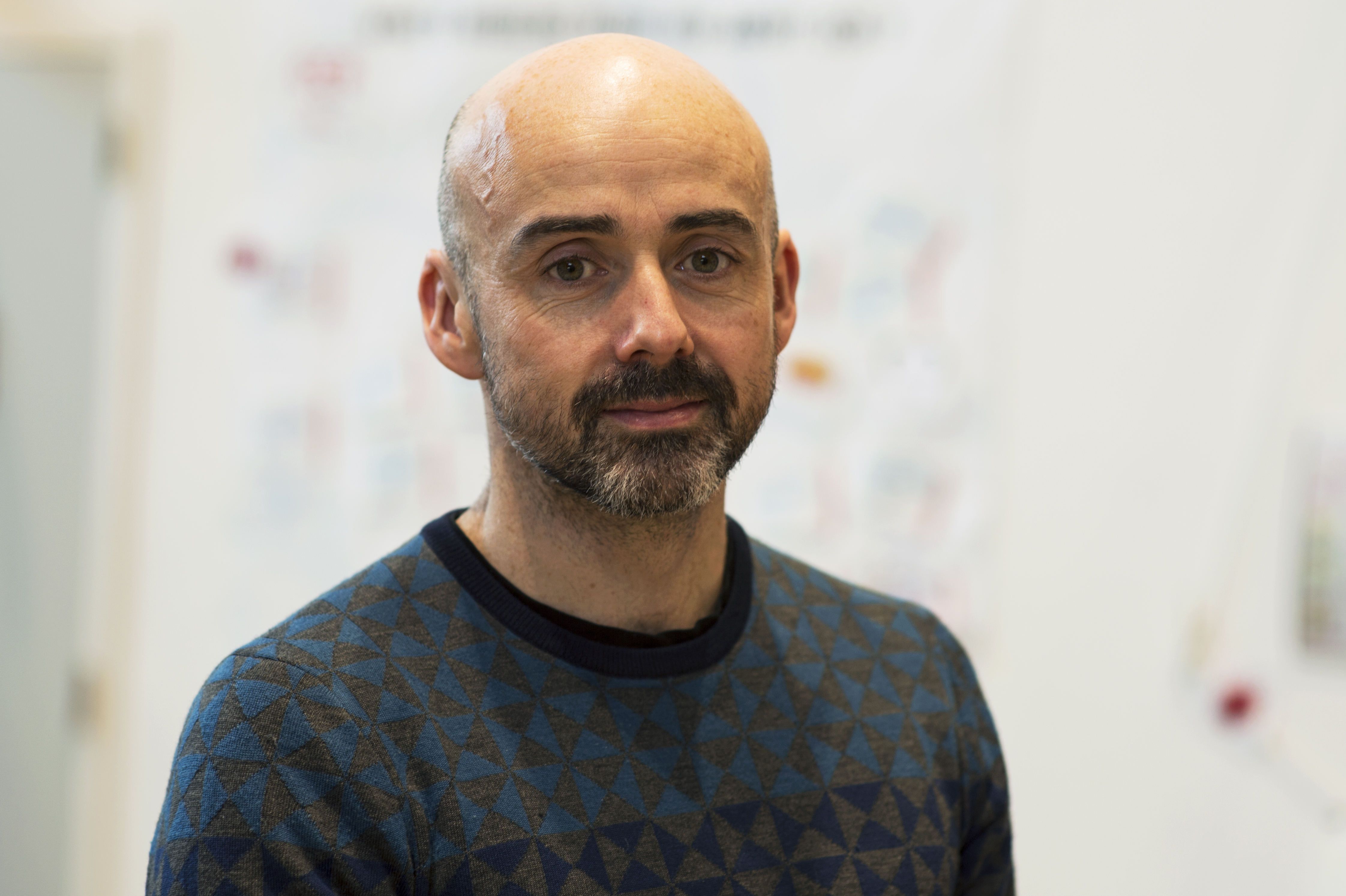 One year ago, the Irish government co-signed the EU-Turkey deal which traded 3 billion euro in aid for border control (Ireland has committed 23 million euro). People fleeing violent conflicts, persecution and extreme poverty are trapped in transit, while others are forced to choose more dangerous routes towards safety.

On the Greek islands, where I’m working with Médecins Sans Frontières (MSF), reception centres were transformed into detention centres overnight. I’ve witnessed first-hand the dreadful consequences this deal is having on the health and wellbeing of our patients (some of the 66,000 refugees, migrants and asylum seekers living in squalid limbo in Greece).

Every time I visit the clinic in the town of Mytilene, on the Greek island of Lesbos, I see something I’ve never seen anywhere else in the world where I’ve worked as an MSF doctor. The best way I can describe it is the complete loss of hope.

The clinic in Mytilene is not far from an EU-created camp or 'hotspot'. Refugees, migrants and asylum seekers come to us for additional medical treatment, while they wait for a decision to be made on whether they can stay in Europe.

During my first visit in November, the people I met were living in small, dark tents, huddled close together. Outside the tents, they had made little dams of dirt to stop the autumn rains running down the hill and into their 'homes'. Europe had been holding thousands of people in this squalor for months on end. Moria, like most of the centres on the Greek islands where people wait, was at more than double its planned capacity.

Thousands of people were sleeping on the ground, in the rain and the mud. Seeing the conditions people were living in, it was obvious to me that the camp was simply not safe.

By the end of January, five people died in Moria camp, struggling to stay warm. It took heavy snowfall and people freezing outdoors to push European authorities to take notice and prepare the camp for winter. These five deaths were predictable and therefore preventable.

EU leaders must stop sharing alternative facts on migration and denounce the failure of the cruel #EUTurkeyDeal. https://t.co/IeTaHcYkLq

On my most recent visit, just a few weeks ago, there were no more small tents and no more people sleeping in the mud. The most vulnerable people – the sick, disabled, the very young and the elderly – had been moved to hotels and apartments on the island. Moria was clean – and I should have been happy.

But instead, I felt enraged by the progress that had been made in such a short period of time. Five weeks. How could so much have been done so quickly, now, with winter almost over? People had lived in these conditions for six months – some for as long as a year.

Moria camp has improved, but our medical team continues to see the psychological consequences on our patients after so much unnecessary suffering.

The people I’ve met in Moria fled war in Syria, persecution in Iran, a violent takeover in Iraq, armed militant groups in the Democratic republic of Congo, discrimination in Nigeria, poverty in Algeria and more. They travelled thousands of kilometres along some of the most dangerous routes imaginable. Many were raped, beaten, intimidated and robbed.

This time, the perpetrators are not authoritarians or militants – this time, the people inflicting the pain are European leaders and their policies and, by extension, their citizens. This time, it’s us.
Dr DECLAN BARRYMSF MEDICAL COORDINATOR IN GREECE

They survived all of this when many of their friends and family did not. The trauma they experienced and the atrocities they witnessed would be enough to break you and me. But somehow, incredibly, they did not break. The dream of arriving somewhere safe gave them hope. 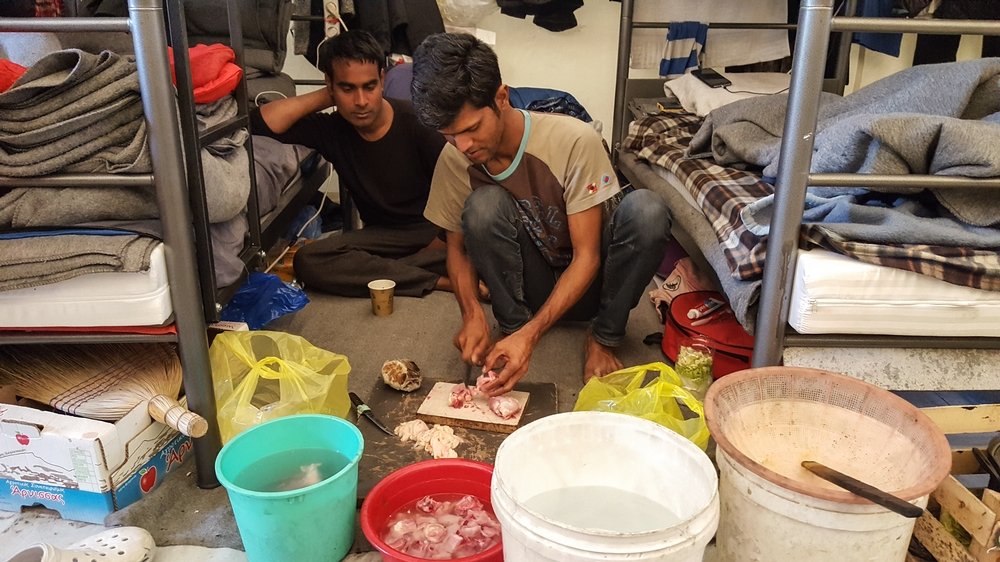 MSF
Aiful (25), from Bangladesh, prepares food inside an accommodation tent.

No medication for dehumanising conditions

But here in Europe, they have been greeted with more trauma and dehumanising conditions. This time, the perpetrators are not authoritarians or militants – this time, the people inflicting the pain are European leaders and their policies and, by extension, their citizens. This time, it’s us.

"It was as if these brothers were treading water together off in the sea; one ready to give up and drown; the other desperately trying to keep both of them afloat. Kicking. Pulling. Struggling."
Dr declan barrymsf medical coordinator in greece

Some of our patients have become mute, some can’t sleep and some have a physical sensation that their heart is about to explode. We’ve seen people harm themselves in an attempt to externalise the pain rather than allowing it rot inside them.  Others tell us they contemplate suicide, seeing it as the only way of getting off the island; some have tried to end their lives. 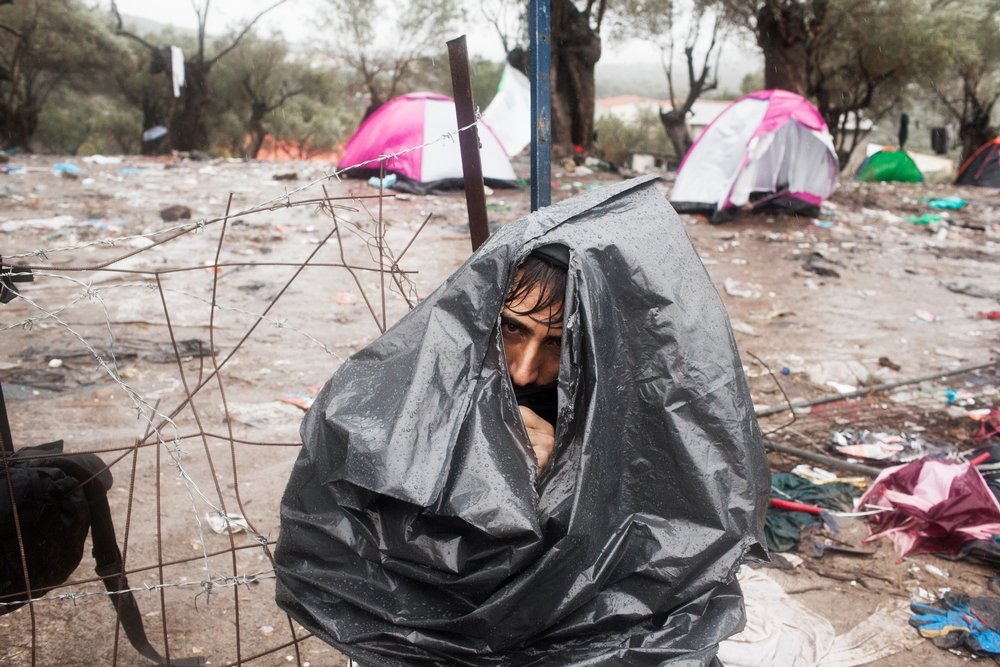 Alessandro Penso
An Afghan refugee wears a rubbish bag to keep himself dry during a rainstorm at the Moria Reception Centre while he waits for his documents on the island of Lesbos.
On one visit to Lesbos I met a man distraught because his brother was thinking of killing himself. MSF provided urgent psychiatric care – but there is no medication that makes living in this dehumanising space tolerable.

It was as if these brothers were treading water together off in the sea; one ready to give up and drown; the other desperately trying to keep both of them afloat. Kicking. Pulling. Struggling.  The stress must be unimaginable.

European leaders must wake up. They tout the success of the EU-Turkey deal as they turn their backs on people who have fled atrocities, poverty and persecution.

Ireland has the geographic luxury of being far removed from this crisis, but as Europeans, we are very much part of it. Last year in protest at the anti-humanitarian deal with Turkey, MSF cut all funding from the EU and European member states (including 1.7million euro from the Irish state). 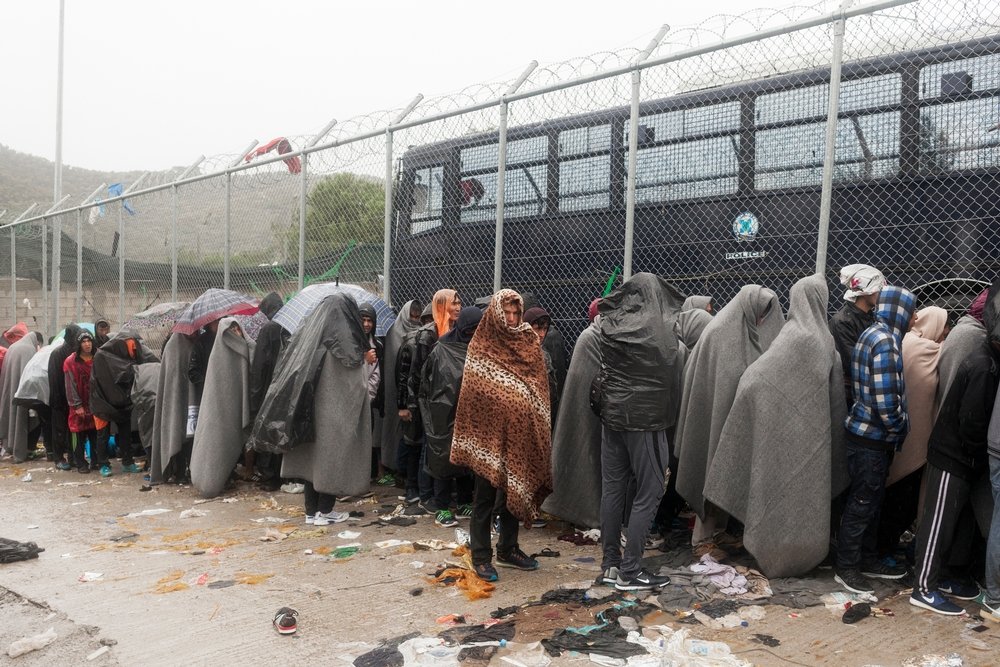 With Ireland’s deep history of migration and self-perception of international humanitarianism, our government has the opportunity to be a strong advocate for the rights, health and wellbeing people fleeing war and persecution.

They should prioritise pushing for decent reception conditions and actively oppose any future dirty deals aimed simply at ‘stemming the flow’ with no regard for the health, rights or well-being of people fleeing today’s hotspots and war zones.

In my six years working with MSF as a doctor in countries across the world, I’ve seen vast amounts of suffering. But that wasn’t all. I saw hope in the people I treated in Afghanistan, and Syria, and Libya. I even saw hope during the Ebola epidemic in West Africa. I’ve learned that people can recover from extreme trauma, illness and injury; they can endure so much and survive. But the psychological and physical stress that EU policies are inflicting on asylum seekers and migrants is impairing, disabling and even deadly.

It’s intolerable that Europe is the place where people are losing hope.

This is something I never thought I’d see.