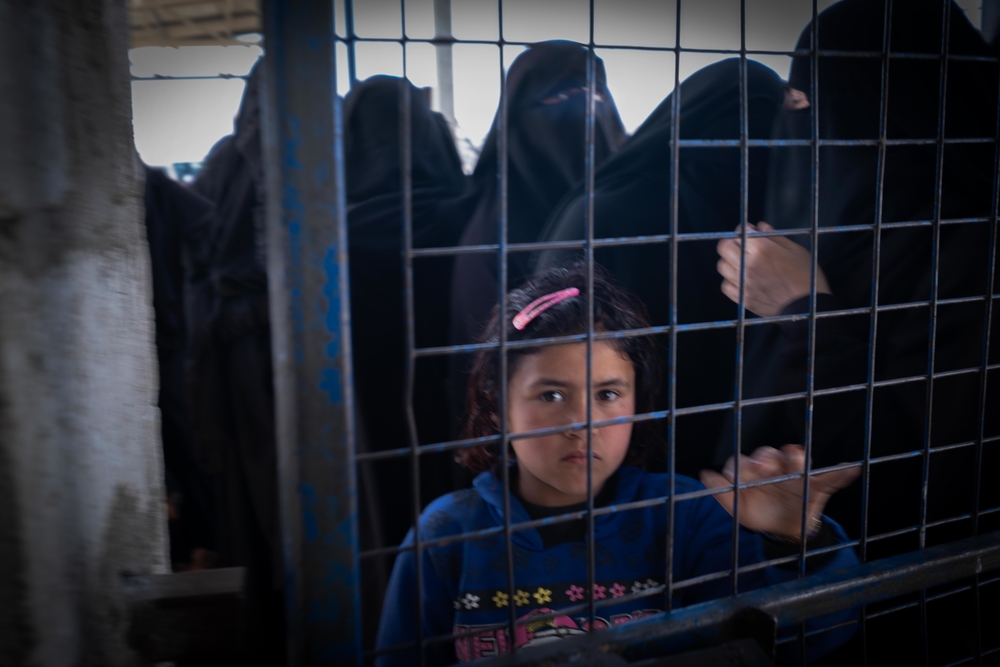 A generation lost: danger and desperation in Syria’s Al-Hol camp

Amsterdam/Al-Hol, Syria, 7 November 2022 - The deaths of two boys while awaiting approval for emergency medical care are just two of many tragic cases featured in a new report by Médecins Sans Frontières (MSF) that lays bare the cruelty of the long-term detainment of more than 50,000 people, the majority of whom are children, in Al-Hol, northeast Syria. Their stories, and others, have been documented in “Between two fires: danger and desperation in Syria’s Al-Hol camp”. 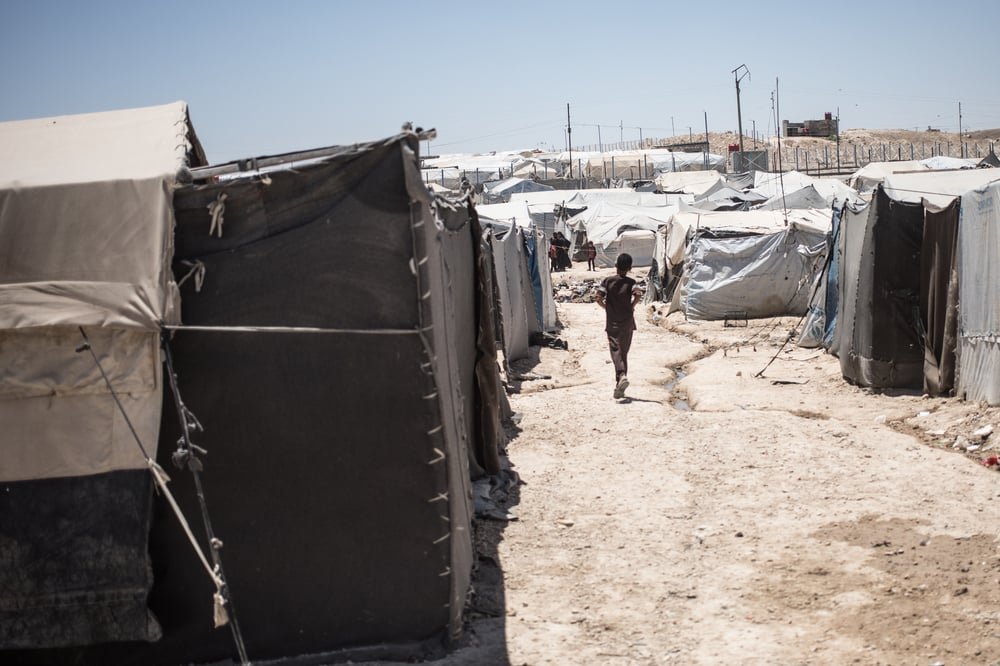 Florent Vergnes
A child runs through the streets of Al Hol camp in northeastern Syria, where ISIS-affiliated families are gathered, in difficult living conditions.

In February 2021, a seven-year-old boy was rushed to MSF’s clinic in Al-Hol with second-degree burns across his face and arms. Lifesaving medical care was no more than an hour's drive away, yet it took two days for his transfer to be approved by camp authorities. He died on the way to the hospital under armed guard, separated from his mother, in agony.

Just a few months later, in May of the same year, a five-year-old boy was hit by a truck and rushed to the same small clinic. MSF staff recommended he be referred to the hospital for emergency surgery. Despite the urgency, it took hours for his transfer to be approved. He died en route to the hospital, unconscious and alone. 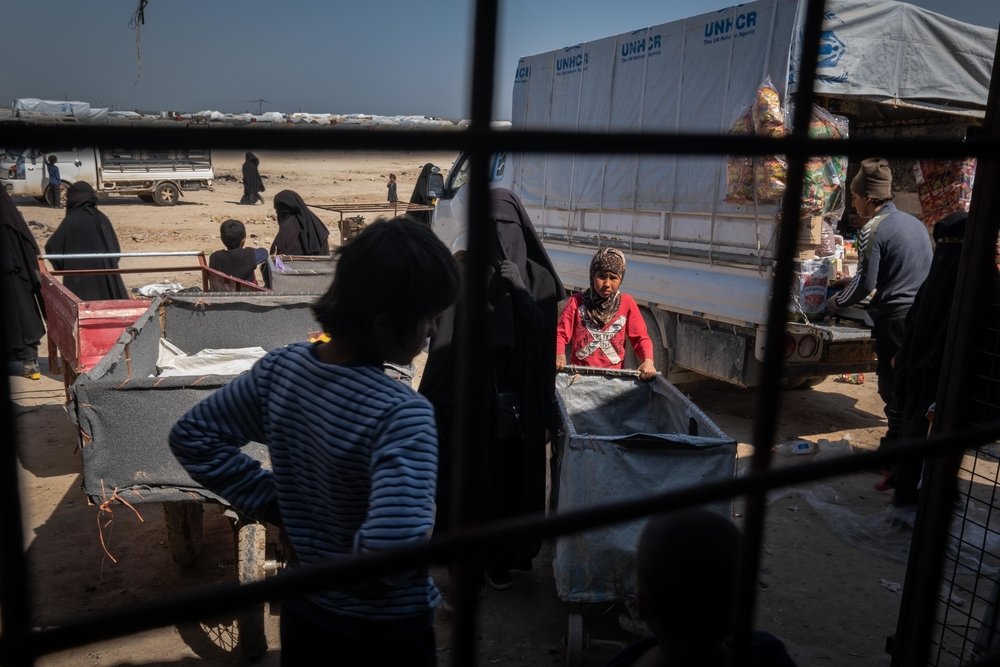 “We have seen and heard many tragic stories in Al-Hol detention camp in Syria, including children dying as a result of prolonged delays in accessing urgent medical care, and young boys reportedly forcibly removed from their mothers once they reach around 11 years old, never to be seen again,” said Martine Flokstra, Médecins Sans Frontières (MSF) Syria Operations Manager.

“For children and their caregivers in Al-Hol, if they can access medical care, it is often a terrifying ordeal. Children who require treatment at the main hospital about an hour's drive away from the camp are escorted under armed guard, and in most cases without their caregivers, as they are rarely given approval to go with their children.

“Al-Hol is effectively a massive outdoor prison, and the majority are children, many of whom have been born there, robbed of their childhoods, and condemned to a life exposed to violence and exploitation, with no education, limited medical support and no hope in sight,” Martine Flokstra added. 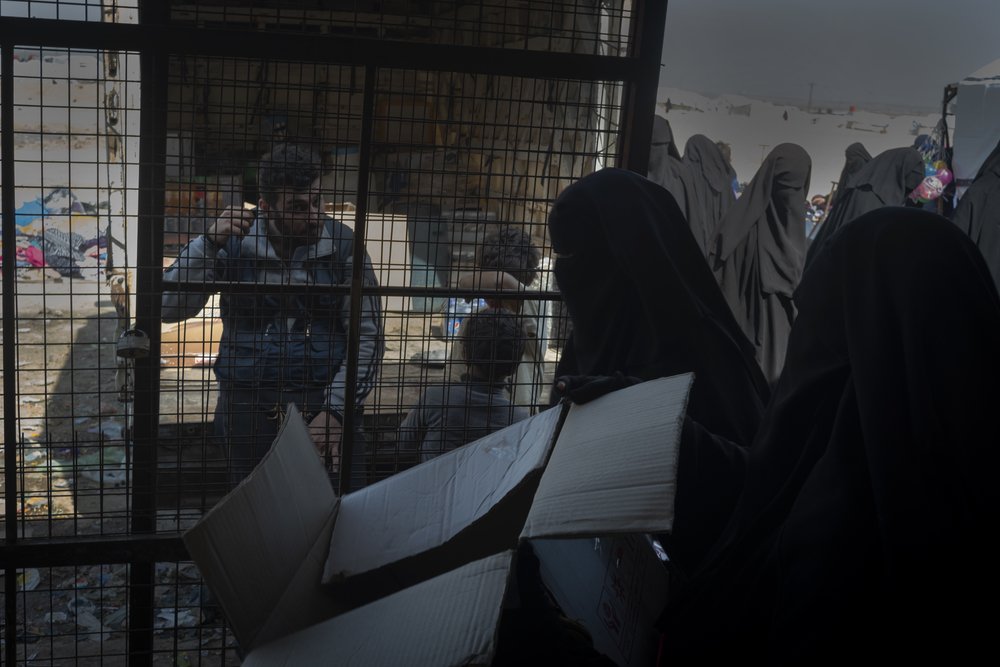 The camp was once designed to provide safe, temporary accommodation and humanitarian services to civilians displaced by the conflict in Syria and Iraq. However, the nature and purpose of Al-Hol has long deviated and grown increasingly into an unsafe and unsanitary open-air prison after people were moved there from Islamic State (IS) controlled territories in December 2018.

“Members of the Global Coalition against IS, as well as other countries whose nationals remain held in Al-Hol and other detention facilities and camps in Northeast Syria, have failed their citizens.

“They must take responsibility and identify alternative solutions for the people detained in the camp. Instead, they have delayed or simply refused to repatriate their citizens, in some cases going as far as to strip them of their citizenship, rendering them stateless.

“Despite the violent and unsafe conditions in Al-Hol, and more than three years after more than 50,000 people were moved there, insufficient progress is being made to close the camp.

“There are still no long-term alternatives to end this arbitrary and indefinite detention. The longer people are kept in Al-Hol, the worse it gets, leaving a new generation vulnerable to exploitation and without any prospect of a childhood free from violence,” Martine Flokstra stated.