Greece: 'A flicker of hope, then darkness’

For the first time since the EU-Turkey refugee deal of March 2016, this winter more people have been allowed to leave the Greek Aegean islands for the European mainland than were reaching them from Turkey: 8,380 arrivals and 9,768 departures were registered between November 2017 and end of February 2018.

But while this is only a small progress, it will certainly not last. With spring on the horizon, arrivals should rise again. These newcomers will join the hundreds of people stuck in limbo in Samos and other islands. Meanwhile, those who have reached the continent can't continue their journeys.

SAMOS/ATHENS: Each week for the past 16 months, Guhdar has gone to the immigration office on the Greek island of Samos, to find out whether he and his family have finally been granted residence somewhere in Europe.

“And every time I go … to ask about our situation, looking for a glimmer of hope in all this misery,” says the Iraqi Kurdish father of four boys and two girls, “I come back shaking my head in sadness, with only bad news to share.”

Last week was especially tough on the family. They have long grown exhausted of living in detention-like conditions in the so-called hotspot for asylum seekers stranded in Samos, and the children are yearning for a way out.

“I came back to the container we live in to tell them the bad news. They were waiting for me in bed, huddled together like little rabbits, and their eyes glimmering with anticipation."
guhdar 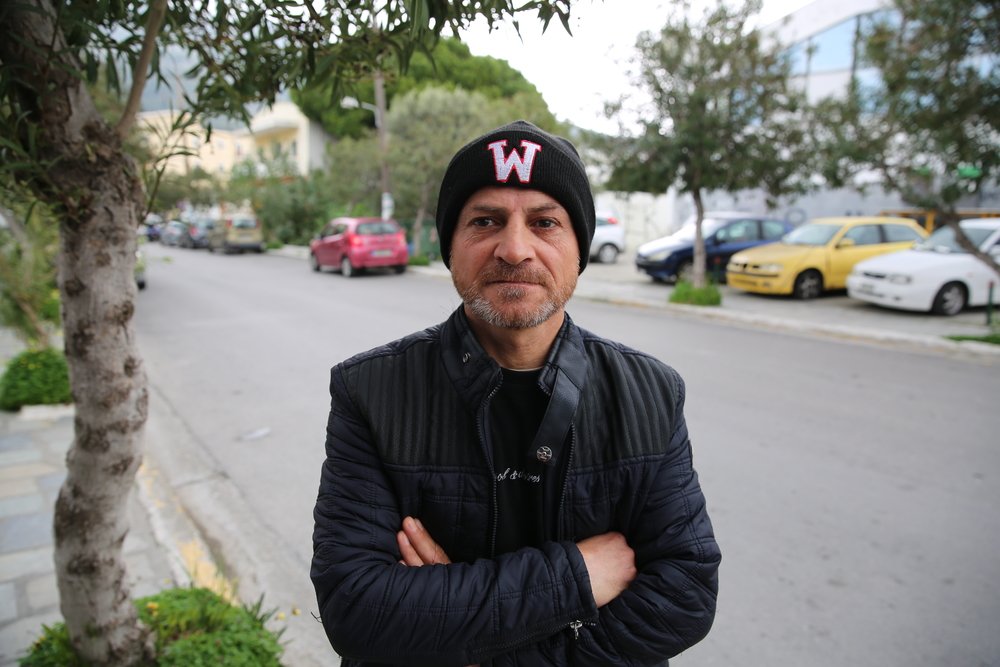 "I told them our application for asylum in Greece had been rejected for a second time. They all burst into tears."
GUHDAR

Guhdar is especially worried about his eldest son, who last year tried to commit suicide. When he heard the news, he told his father: “We’d all be better off dead.”

Guhdar, his 46-year-old wife Jihan and their six children arrived in Greece in late 2016, tricked by a smuggler who told them he was sending them to Italy from Turkey.

They, like some 10,000 other asylum seekers, are stuck on the Greek islands. They came to Europe’s shores in hope of a life of safety and dignity, but the European Union responded by shutting down its borders.

According to the UN, as of January 2018, there were some 1,700 asylum seekers in Samos, more than two-thirds of them from Syria, Iraq, and Afghanistan. Nearly half of them are women and children, and nearly a third have special needs. 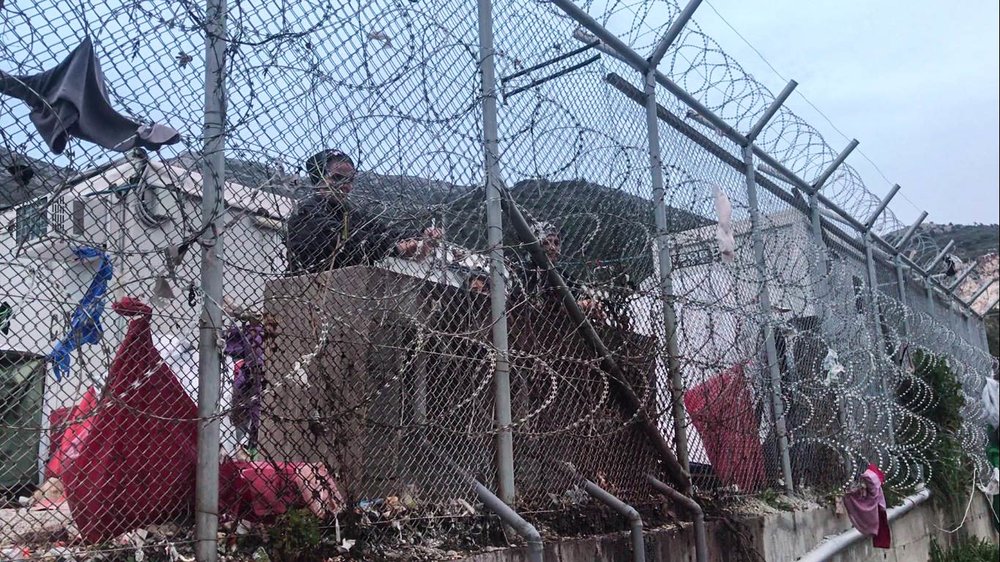 Without the right to remain in Greece, Guhdar and his family now face the threat of detention, and even deportation to Turkey — where they, as Kurds, would not feel safe.

Asked how he would feel if they had to return to Iraq, Guhdar said: “That would be our worst nightmare.”

He and his family fled Iraq after his brother dared to elope with a woman from another tribe that did not approve of their marriage. Unable to exact revenge on the brother, Guhdar faced the fury of the enemy tribe, who ordered him to either pay $10,000 (8,000 euros), or give up his two young daughters in exchange. Failing that, they would murder him.

Despite the threat to his life, Guhdar has not been granted refugee status. 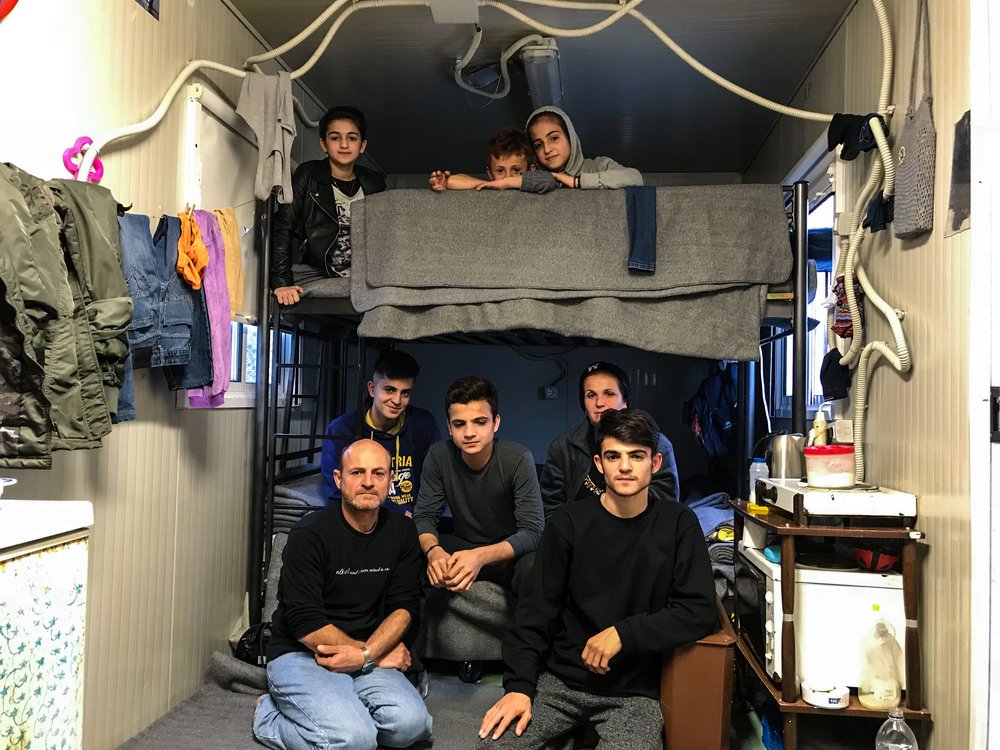 For now, he and his family have no choice but to remain in the Samos hotspot — one of a string of centres set up after the peak of the migrant crisis in 2015 to shelter and screen new arrivals. While the hotspots were meant to be temporary, they have with time turned into makeshift camps, housing thousands of asylum seekers crowded into cramped, damp conditions.

Guhdar is heartbroken to see his children denied an education, doing little with their time but playing with junk and broken bikes. They play hide and seek — but rather than cops and robbers, their characters are refugees and police.

Asylum seekers living in the hotspots are allowed to come and go as they please. But there really isn’t anywhere to go, particularly for people like Guhdar who have been denied asylum and therefore face detention. With Samos’s economy in ruins because of the migrant crisis, few shopkeepers are willing to serve the asylum seekers, whom many blame for the lack of tourists.

our work in greece

The hotspot is manned by officers in uniform who communicate in an unfeeling, monotone way. It is surrounded by high barbed and razor-wire fences, which the migrants use as makeshift clotheslines to hang up their washing, and kept under surveillance with CCTV cameras.

At meal times, a loud buzzer rings throughout the site, followed by an announcement through loudspeakers. The migrants rush to form a line, pushing past each other to get to the front, while police officers break up any brawls that erupt.

Abo Arab, a 28-year-old from Damascus who survived detention and torture in Syria’s notorious jails, only to end up stuck in Samos, blames occasional spurts of violence on conditions in the hotspot.

"If you put a group of saints in this camp like this one for a very long time, they will end up fighting and killing each other."
abo arab

Aliki Meirmaridou, MSF’s psychologist in Samos, agrees. “People come to this island running from wars and violence, and they have their own share of mental health issues. But they develop new mental problems just by staying in the camp,” she says.

Taking part or intervening in a fighting is one of the most common reasons for being sent to the local police station – where people due to be expelled to Turkey are also detained, often for more than one months, and sometimes up to three months.

There, people are detained in overcrowded cells, with poor access to hygiene, no access to open air, and virtually no access to healthcare – apart from the consultations that MSF has been providing for some months. Half of the detainees whom MSF teams met had never received any legal assistance.

— A flicker of hope, then darkness —

Every day, conversations in the hotspot repeat themselves. Pretty much all that ever gets discussed is life on the island and the dream of Athens.

They believe that once they reach the Greek capital, they will be able to lead normal lives, live in decent homes, and work good jobs, with their children in school.

Those longing to be reunited with relatives in countries such as Germany or Sweden, meanwhile, believe that it is only a matter of time before they are given permission to join them. 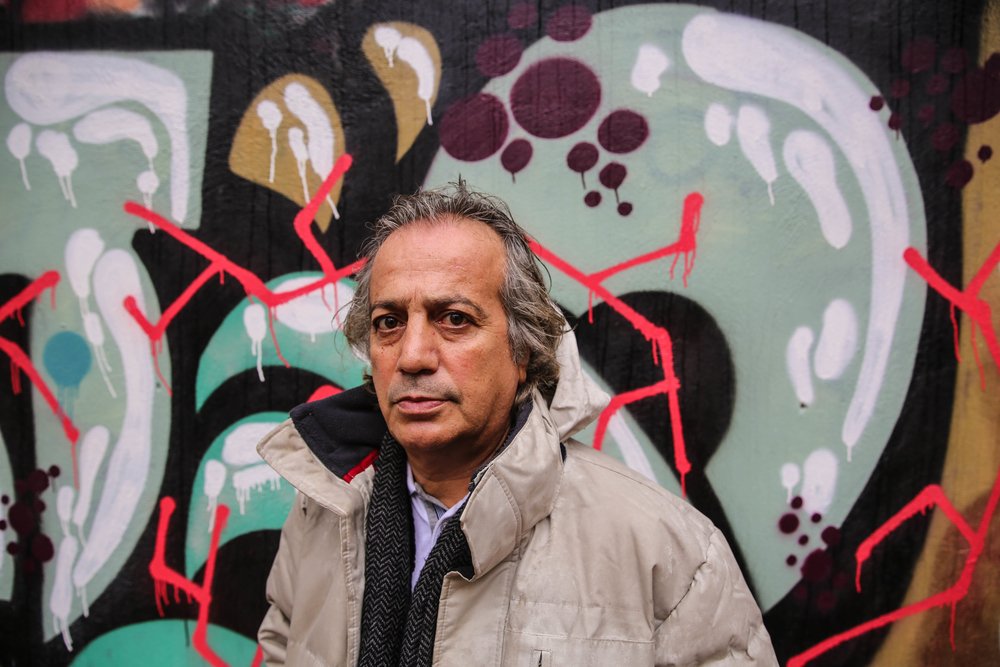 But as Jamal, a 50-year-old Kurdish professor from Iran, discovered, life in Athens has also been riddled with complications.

Persecuted in Iran and Iraqi Kurdistan because of his activism, Jamal arrived in Samos in September 2016. He was granted permission to travel to Athens in June 2017, after spending seven months in a tiny, flimsy tent pitched not too far from Guhdar’s makeshift home.

Arriving in Athens gave him hope that he would be allowed to reunite with his sons in Germany. But because they are over 18, Germany did not grant Jamal permission to join them — leaving him stuck in Greece for good.

"I am here, away from my wife in Iran and two sons in Germany, feeling numb. Cigarettes and food have no taste when you are stuck and alone.”
JAMAL

“I am a human being with emotions and passion and dreams, I am not an animal,” he said, puffing on his cigarette.

Hanaa, a 63-year-old woman from Syria’s Deir Ezzor region, also says life in Athens is grim. She lives in the Greek capital with her grandson, Omar, a 26-year-old chef. They came to Greece fleeing extreme violence in Syria. Hanaa lost her daughter — Omar’s mother — as well as her husband in air strikes on their town. Omar also lost his father and his brother, who was only four years old.

Hanaa’s four other sons are still alive, but she has all but lost hope she will ever see them again. Two of them were detained early in the Syrian conflict by regime forces, never to return. The other two are living in Germany as refugees.

Daily life in Athens is tough for her and Omar. She has heart disease, diabetes and blood pressure.

“I am trying to take care of my grandmother and to set up a new life for us,” Omar says. “I came to Athens thinking I could find work and support myself and my grandma. I didn’t want to depend on NGOs for aid, but I haven’t managed to find a job yet.”

Greece has taken on a disproportionate burden in the refugee crisis — the worst to hit Europe since World War II. With unemployment still soaring as the nation edges back to normalcy following the near-collapse of the economy, migrants are ill-equipped to find dignified work. And people like Omar know that.

"Greece is a poor country; it can barely support its own citizens. I hope someone listens to us and opens the borders so I can start my life again in Germany, with help from my uncles.”
OMAR

— Trapped in the present moment —

But for now, two years on from the 2016 EU deal with Turkey to clamp down on the migrant flow to Greece’s shores, people like Guhdar, Jamal, Hanaa, and Omar are further than ever from realising their hopes.

They live trapped in the present moment, unable to make any concrete plans. They walk the streets, searching for the cheapest basic goods to buy, and wondering whether they will ever make it.

In Samos, to make the waiting a little easier, Guhdar used to take his fishing cane to the shore where he would spend a few hours in silence, reminiscing and dreaming. Now, without a shred of hope left, he has even stopped doing that.

In Athens, Jamal feels lost, walking around and learning Greek in one of the world’s most beautiful cities, desperate for something to fill the emptiness.

“My heart is in Iran with my wife, and my soul is in Germany with my sons,” he says. “As for me, I feel completely dead inside.”