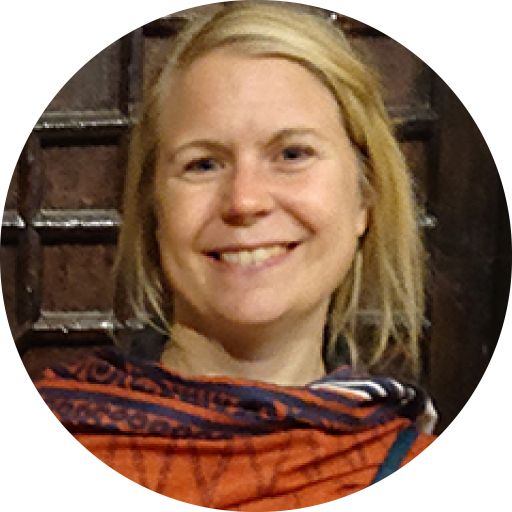 Health promotion in Karachi, Pakistan: How a visit to a fish factory is helping to fight Hepatitis C

Hepatitis C can be fatal if left untreated, but 90% of people who contract the virus don't show any initial symptoms. Linnea is in Pakistan as part of a dyamic team responding to this 'silent killer'...

In Pakistan’s Karachi, a city of over 14 million people, Médecins Sans Frontières / Doctors Without Borders (MSF) has been running a hepatitis C clinic since 2015.

The team aims to bring hepatitis C testing and treatment close to where people live through a decentralised, integrated model of care.

The clinic recently moved further inside Machar Colony, an informal settlement at Karachi's harbour, aiming to get closer to the people who can benefit from our services. "Machar", literally meaning "fisherman", is a home to around 150,000 people.

You walk in the community and you see men and women hurrying to work in the fish factories, fishermen preparing for a month of deep-sea fishing, and trucks and motorbikes carrying fish, shrimp and ice blocks.

As in many informal settlements, you can observe waste management problems, water and sanitation shortages, children out of school, unemployment and many informal businesses.

It is Thursday morning and we are in one of the fish factories. The fish factory has about 115 employees and is located in what's known as the "fisheries" area of Machar, close to the sea. 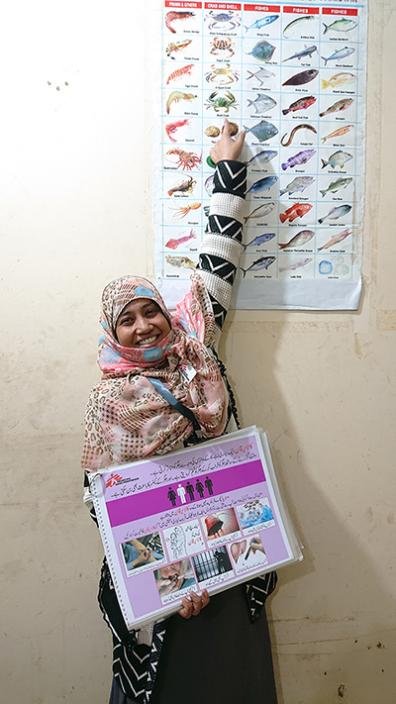 Health promotion at the fish factory!

We have, after several meetings and cups of tea with supervisors and the manager of the fish factory, managed to organise a hepatitis-C screening day in the factory.

Kulsoom, MSF health promoter, gathers employees in groups of five in the corridor. She uses a flipchart and shows pictures while she explains in Bengali that hepatitis C, or “hala arhani”, is a viral chronic disease which causes inflammation in the liver. As she goes on, she explains that if the virus is not treated it can lead to severe liver damage which, in the end, results in death.

Kulsoom gives examples of common incidents which can lead to infection. These include body piercing when it is done with dirty tools, being injected with an infected needle, being shaved with a dirty razorblade by a barber, and sharing infected tooth brushes or nail cutters.

90% of people infected with hepatitis C get no initial symptoms and many people therefore may not be aware of their status.

One by one, the employees are shown to our provisional lab room set-up by Tassawar, the health promotion supervisor. In the lab room, another health promoter provides pre-test counselling and then the MSF lab technician administers the rapid diagnostic test (RDT- HCV SD Bioline). 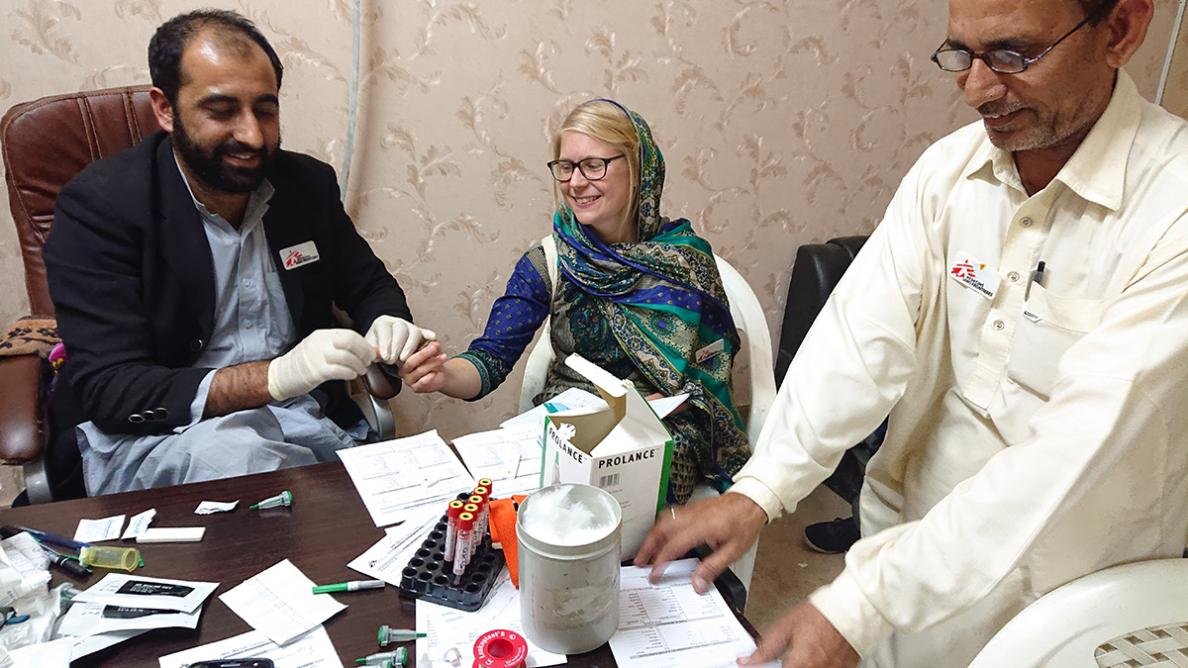 The test result is given to each person by a health promoter who also provides post-test counselling and fills out a form. We take the opportunity to ask questions which can help us understand the community better and adapt our services accordingly.

We ask people’s gender, age, number in household, whether they’re living in Machar and if so, for how long? Where do you go for healthcare, where do you get your health information from? Can you read this text in Urdu? What do you know about hepatitis C?

Employees who test positive are given an appointment in our MSF clinic and told to come with the entire household for screening as they may live with others who are hepatitis-C positive, and we can treat them too.

We ask for the consent to take the phone number and whether the employee wants us to call if they don’t come to the appointment. All counselling is done individually to ensure confidentiality.

99 employees were screened in the fish factory today, 45 women and 54 men. 15% tested positive for hepatitis C.

15% is a much higher prevalence than the estimated national average of 5%. However it is only half of the last screening we did in the community a couple of months earlier, where we set up camp in the street. We then mobilised and invited people passing by for testing. 30% of the people we screened tested positive.

Everyone who tested positive in the fish factory, with the help of the health promotion team, showed up in our clinic within the next few weeks, many together with their family members and household members. They got more tests and started treatment.

Each household gets a health promoter who speaks their language who can follow up in the clinic, on the phone and via home visits in order to provide support throughout the treatment.

The health promotion team is MSF’s link to the community. They collaborate with key people and organisations in the area, and they observe the health behaviours of people in the community.

As MSF has been working in Machar since 2012 the health promotion team has managed to build a good network and relationships with the community. In 2019, we have seven health promoters and one health promoter supervisor.

In the 2019 strategy we have planned to organise outreach screening camps like the one at the fish factory quarterly, focussing on people in marginalised and vulnerable situations.

We know that high-risk workplaces may contribute to the transmission of the silent epidemic, an epidemic that in Pakistan has affected seven million people and kills 40,000 every year.

The health promotion team has also started to organise youth groups in schools. The objective is to train and support the youth to be hepatitis-C ambassadors in their families, in the schools and in the community. They will also contribute to MSF’s celebration of the world’s hepatitis C day on 28th of July.

The scale of the challenge

The disease is still unknown for many people here.

Among the 99 employees tested in the fish factory only 12% could give one correct fact about hep C. 87% could not come up with any facts about the disease or any incorrect information.

Some people are fearful of being tested and diagnosed. The disease is still associated with stigma and the old treatment which was very long and difficult. Today we can provide 12 or 24 weeks of the oral, direct-acting antiviral drugs, which cause no side-effects, or very few.

Together with the patient support counsellors we are trying to combat stigma, help patients to disclose when they have the disease, and to adhere to the treatment. The health promotion and patient support teams are now starting up patient support groups to facilitate sharing of experience, reduce stigma, empower patients and raise awareness of hepatitis C among patients and the community.

Some weeks later we went back to meet the fish factory owner, and gave him a symbolic gift to show our appreciation. He invited us for tea and said he is glad that we provided tests and treatment for free for his employees. It was a good experience and he had gotten good feedback from the employees. Their health is important both to him and his factory.

2019 will be an exciting year for the Karachi health promotion team. More screening camps will be organised, more community engagement through the local health partners’ hepatitis-C screening collaboration, more advocacy campaigns to create partnerships with stakeholders and build up a strong voice for the public sector to eliminate hepatitis C in Pakistan, and most importantly, to add more smiles to the countless faces of patients we cure from hepatitis C.