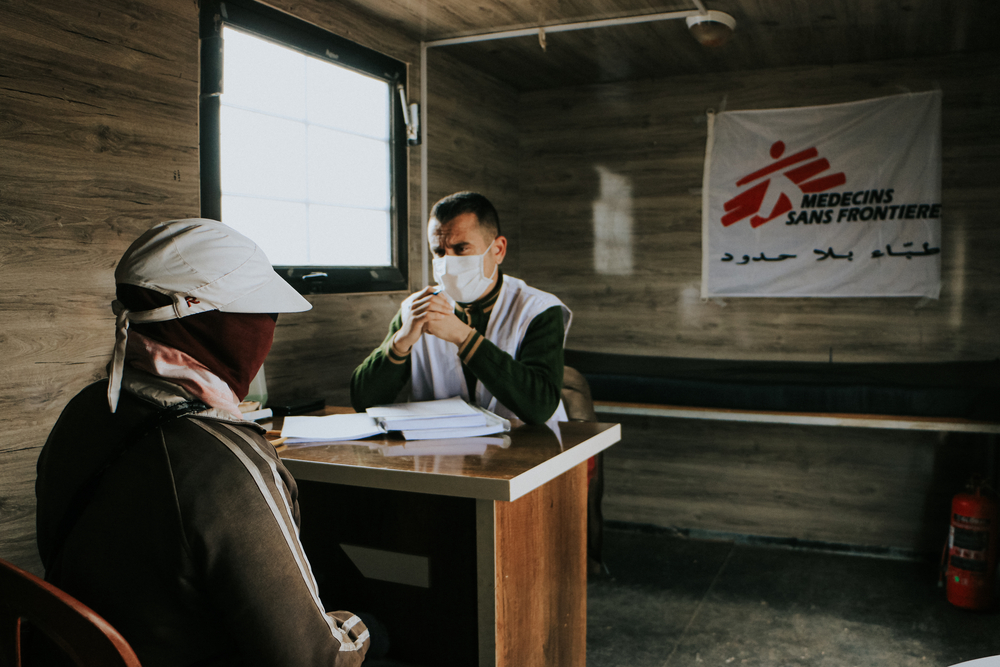 The humanitarian access to northwest Syria must be ensured

“While we urge for continuous and enhanced support to respond to increasing needs, it is crucial to keep the flow of aid going and stop the enduring humanitarian crisis”, said Francisco Otero y Villar, the MSF Head of Mission for Syria. “Millions of people will have significantly less access to food, water, and healthcare if the UNSC fails to renew the cross-border resolution or renews it for less than 12 months. The failure to maintain this humanitarian lifeline will lead to preventable deaths.”

Currently, Bab Al-Hawa is the only open humanitarian crossing point into northwest Syria on the border with Turkey. For the 4.4 million people who live in northwest Syria, cross-border aid is still crucial, as there is no viable alternative to getting vital aid into the area in sight, and 2.4 million people directly benefit from it on a monthly basis.

After 12 years of war, the need for humanitarian assistance and medical care in northwest Syria exceeds what is provided by the humanitarian organisations, even with the cross-border mechanism in place. Their capacity to fulfil the needs of people, particularly food and healthcare, is being weakened by the prolonged economic crisis, hostilities, and a general decrease of humanitarian funding over the years.

A cholera outbreak, which has been spreading in Syria since September and is endangering the lives of thousands of people, is the most recent illustration of this ongoing crisis. Should there be an escalation of the fighting in Syria’s north, a new influx of displaced people would arrive in the country’s northwest, adding to the humanitarian burden in the region. 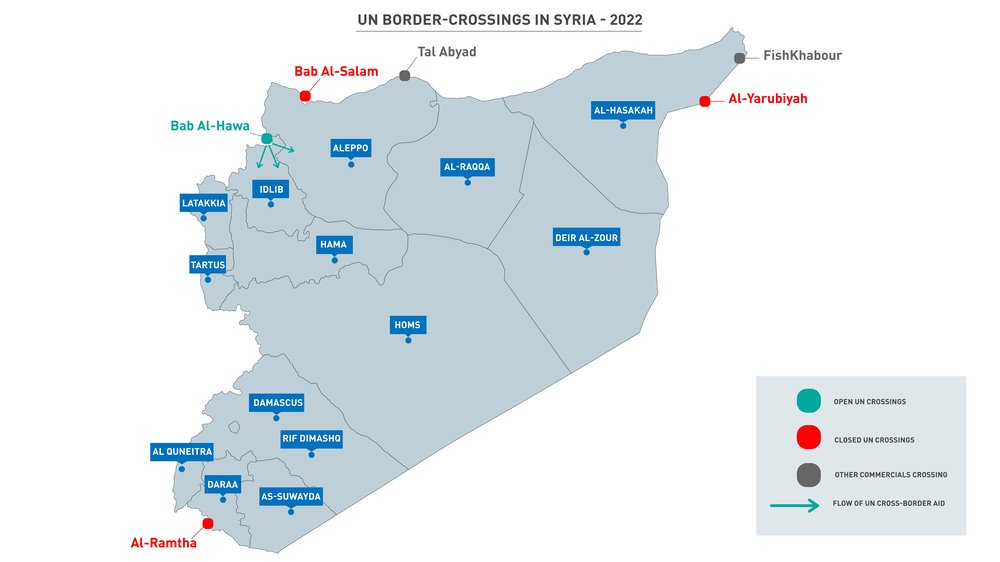 In July, the Security Council renewed the resolution for six months only, following numerous rounds of discussions after Russia vetoed a one-year renewal. Unfortunately, this crucial vote on Syria has become a tool of political negotiation. The resolution will be put to a vote again on 10 January 2023, and it’s possible that this last humanitarian entry point into northwest Syria will be closed.

If Bab Al-Hawa is closed, a new level of complexity will be introduced to the funding mechanisms of many humanitarian organisations in the area. The continuity of providing aid in northwest Syria would also be at risk. Many international and local humanitarian organisations operating in the area rely on pooled funds linked to the cross-border resolution. The ever-looming threat of a non-renewal of the UNSC cross-border resolution already creates gaps for organisations operating in the area. In addition, the capacity to respond to emergencies is also linked to the continuation of funding. Despite the deterioration of the health situation, and 1.84 million internally displaced people living in camps and informal sites – of whom 80 per cent are women and children – non-government organisations still face difficulties to cover the funding they need.

“Changing how we get aid into the region has a cost, and it will impact the way other organisations respond,” says Francisco Otero y Villar. “It would mean hospitals will close because they cannot pay people working there, and clinics and healthcare centres will be run without basic medications like insulin.”

To date, the Bab Al-Hawa crossing remains the fastest, most effective, transparent, and least expensive way of getting aid supplies into northwest Syria.

“The provision of impartial medical care must be guaranteed wherever it is needed,” says Otero y Villar. “There is no choice. Bab Al-Hawa must stay open.”