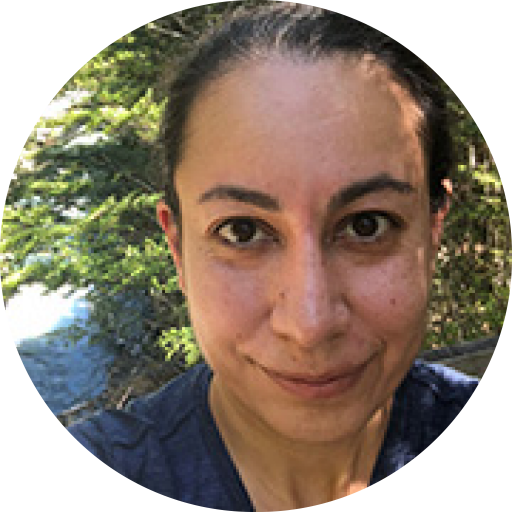 "I will never forget her face": Saving lives from snakebite

Australian doctor Paras Valeh explains the dangers of snakebite for patients in South Sudan, and why antivenom must be made accessible to all who need it

I encountered my first snake in our living compound one Sunday morning.

Wearing my flip-flops as I usually did, I crossed the clearing in front of my tent en route to our eating area.

I was about to place my foot down when I saw a small green head draping a fanged mouth rise up to meet it.

A green viper – or mamba – disguised by the surrounding bushland, had almost bitten me in self-defense.

I don’t think I’ve ever run faster than I did in that instant.

That was during my first field placement with MSF. I was working in Akeum Primary Health Centre, a bush hospital in rural Bahr el Ghazal district, shortly after the end of the civil war between what would become Sudan and South Sudan.

I will always remember the face of a five-year-old girl, her left arm bound in a well-worn scrap of cloth that served as a bandage

In my encounter with the green viper, I was lucky, and so was the snake. We both made a rapid retreat and we both survived. 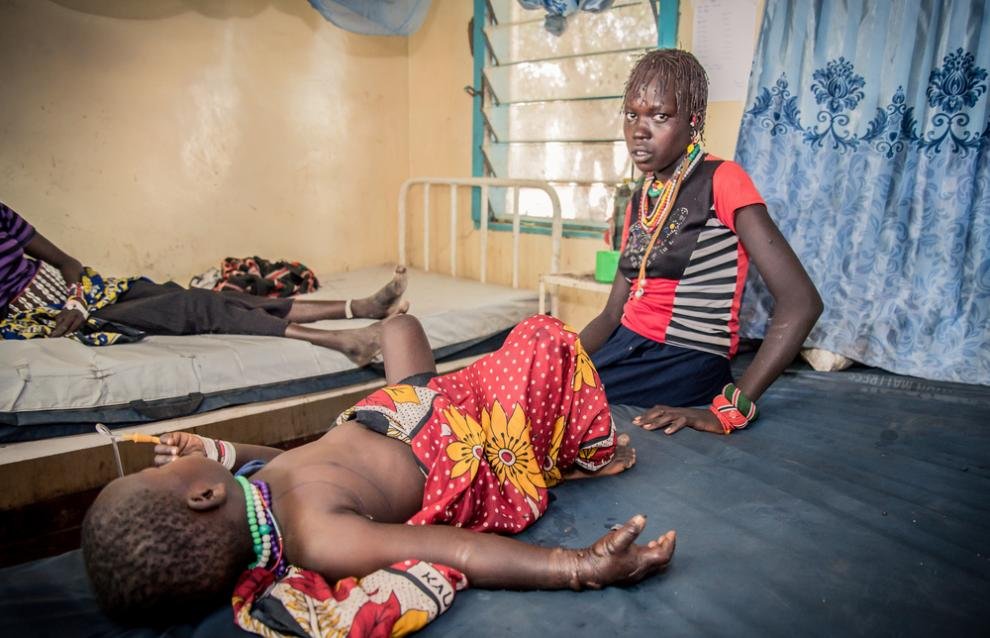 Some of my patients, however, did not have similar luck.

They were mostly rural farmers and their families, living in compounds of “tukuls” – thatched huts adjoining the surrounding fields of sorghum.

These people had survived a civil war, food shortages, and the breakdown of the health system. Most had access to only basic medical care though traditional practitioners.

Our bush hospital was the only primary healthcare facility in the region, as the countryside had been long-neglected during the conflict.

The majority of the patients I treated were children, most of whom were sick with malaria or other treatable infectious diseases. However, I saw several with severe limb infections due to another problem: snakebite.

I will always remember the face of a five-year-old girl, her left arm bound in a well-worn scrap of cloth that served as a bandage. She had been carried from her village after being bitten by a snake as she helped her mother and sisters gather sorghum in the fields.

In the absence of roads, distances in South Sudan at the time were measured by “footings” – that is, how many hours and days of walking it took to get from one place to another.

This child had been carried for one-and-a-half days of footing.

Her father had transported her on his back, while her bitten arm started to fester as the effects of the toxin slowly destroyed the surrounding skin and tissue.

“Too late to save her arm…”

Peeling off the bandage, it was evident that her wound had become badly infected and her arm would most likely not be viable. She would need an amputation to save her life.

I would see many more arrive with terrible wounds in similar situations. Mostly women and children. Not all survived.

The life of a girl in a rural South Sudanese village is not an easy one. That of a girl with only one arm, even harder. This was at the back of my mind as I contacted our medical coordinator and arranged for the child to be taken by plane to a hospital in neighbouring Kenya for the lifesaving treatment.

She was lucky – she had arrived at our hospital in time and survived the initial toxin, but too late to save her arm.

During the seven months of my time in Akuem, I would see many more arrive with terrible wounds in similar situations. Mostly women and children. Not all survived.

“A precious and expensive resource”

Coming from Australia, I’d already seen the victims of snakebites in intensive care units. I was aware of the first aid measures to be taken, as well as the availability of snakebite antivenom which – if given promptly – can save a person’s life. 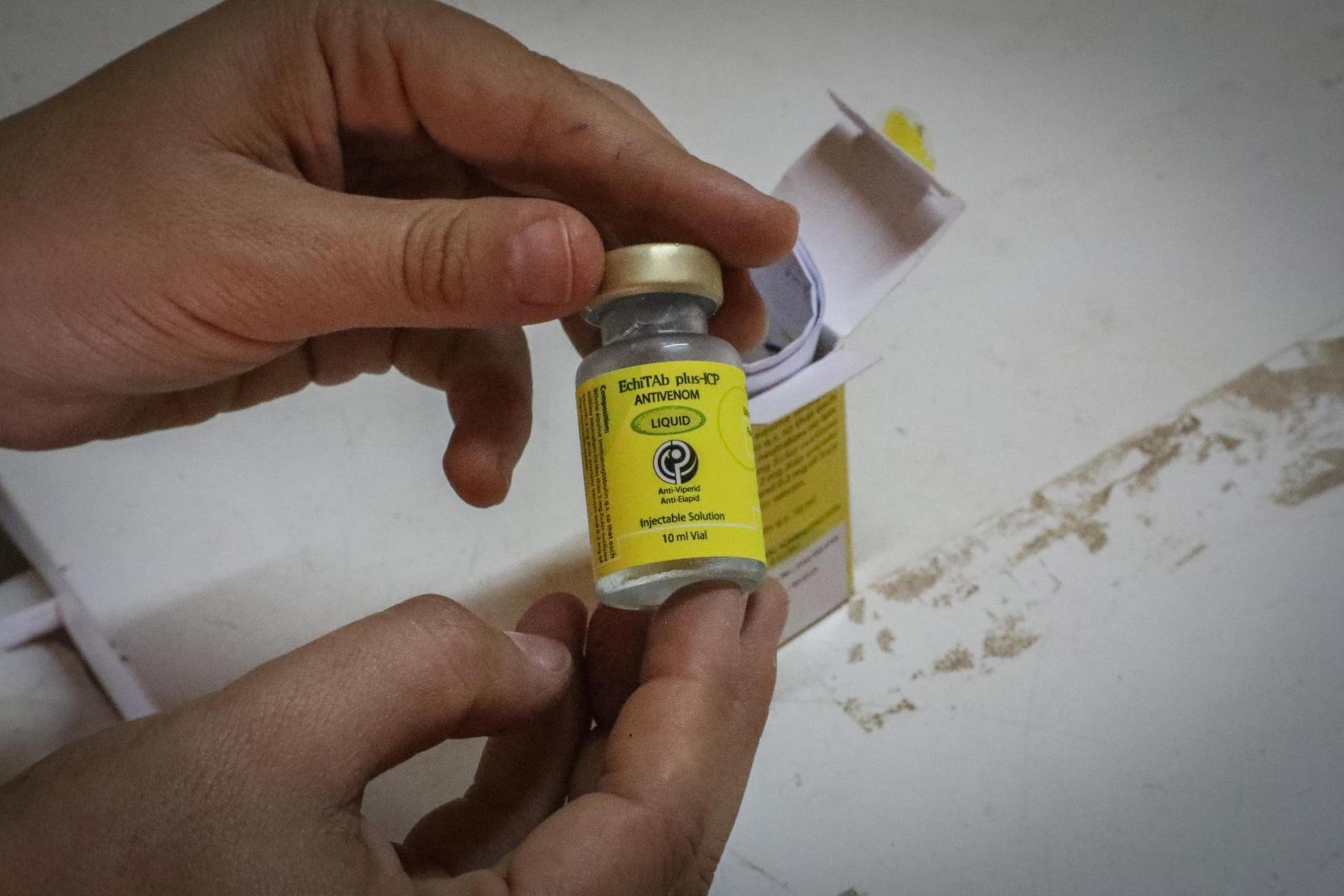 A bottle of EchiTAb plus-ICP, an antivenom that replaced the far more effective FAV-Afrique in 2016 and has more negative side effects

In South Sudan before independence, such treatment was also available, though it was a very precious and expensive resource.

If the children were lucky and lived close enough to the hospital, we were able to treat their envenomation with antiserum. We’d also give them a tetanus shot and a course of antibiotics for the invariable puncture wound infections.

Instead of making progress addressing this preventable but neglected cause of death, many countries have lost access to appropriate snakebite antivenom

If a child was not lucky (and I suspect that this was the case for many), they lived too far away from the hospital to survive the fatal bite. They would succumb to either the venom or the ensuing infected, necrotic bite wound before they could arrive to receive care.

This was several years ago. Since then, I have worked in many other countries with MSF and met many more victims of snakebites (and several more snakes).

I have been dismayed to see that in recent years, instead of making progress addressing this preventable but neglected cause of death, many countries have lost access to appropriate snakebite antivenom.

As in Australia, snakes and people will meet when both are inhabiting the same region. However, my hope is that the production of an Africa-wide snakebite antivenom is restored and the medicine made available to those who need it, as is the case back in Australia.