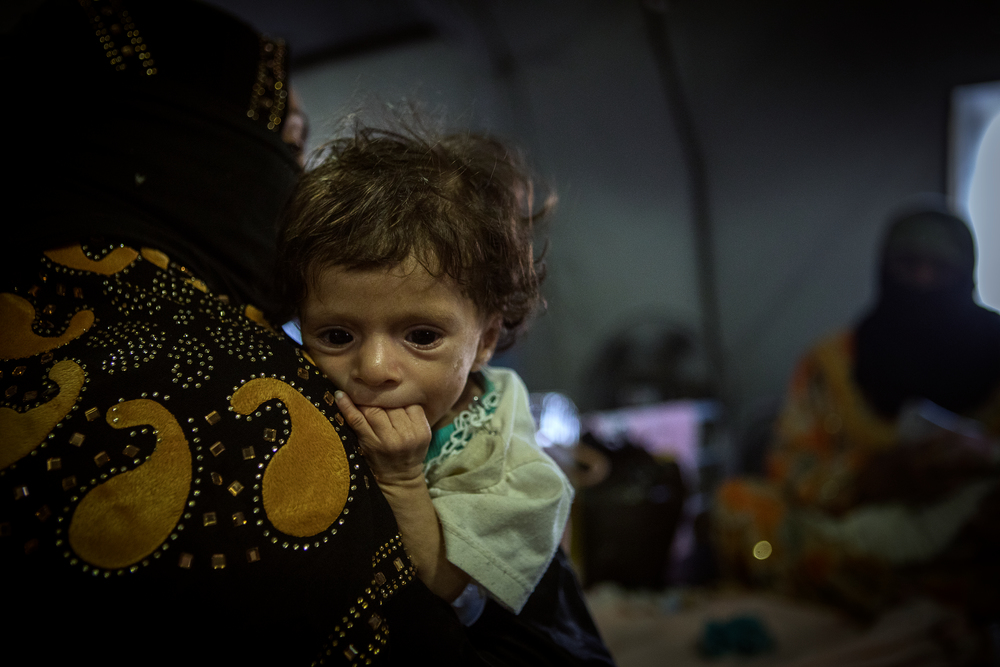 Due to lack of food in Mosul and high levels of stress, many mothers are unable to provide adequate nourishment to their children under six months old.

In Qayyara, a town some 60 kilometres south of Mosul, medical teams of Médecins Sans Frontières (MSF) are providing a nutritional response for these children whose families have fled the conflict. MSF teams are also providing mental health support.

The majority of patients are aged under 6 months of age and have recently fled IS-controlled areas of West Mosul and Shirqat with their families.

These infants have become malnourished because their mothers have been unable to breastfeed them and formula milk is difficult to find or extremely expensive both in the besieged IS-controlled areas of Iraq and in the camps.

In the ITFC babies are fed with specially formulated therapeutic milk to help them return to a normal weight and also receive treating for treatment for co-infections (like diarrhoea and respiratory tract infections) to which malnourished children are left extremely vulnerable as their immune systems begin to fail.

MSF first worked in Iraq in 2003. Our work in the country has provided a response to armed conflict and healthcare exclusion.

A rapid escalation in conflict in Iraq caused massive internal displacement in 2014.

The conflict continues to cause massive displacement and hardship

Funding shortfalls resulted in a reduced international response, which was largely concentrated in the more secure areas of Iraqi Kurdistan.